The move to derive a good deal of style inspiration from the streets is mostly something that happened in the second half of the 20th century.  Of course there are style inspirations based on popular culture and the common people before that, like these little headdress styles from the 18th century.  They were meant to be sometimes honest praise, but often satirical commentary on the events and people in the current cultural mind.  Sure, to us, they seem fairly random assortments of drapery and feathers, but to those in the know, (read, the upper class) the language they spoke was clearly discernible. 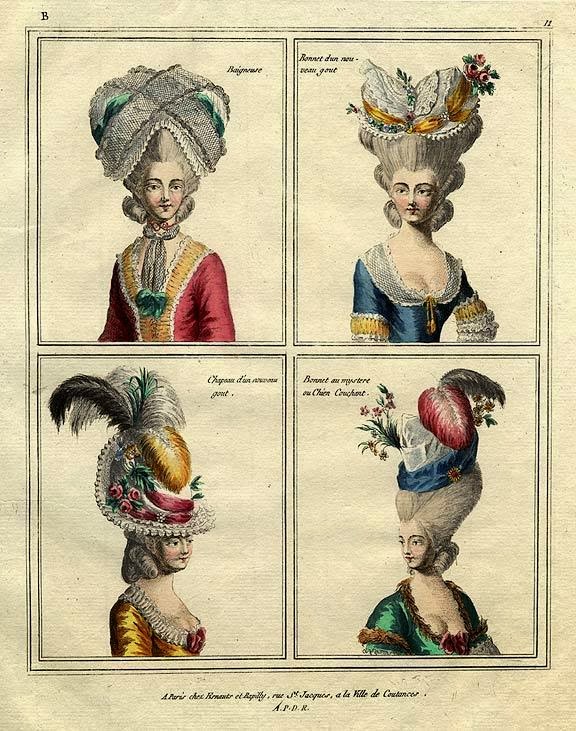 Moving on to Coco Chanel's early work in wool jersey, which was inspired by the loose fitting shirts she saw fishermen wearing at the seaside resort at Deauville; changed forever the way people thought about wearing clothes, and how a woman could, and should feel in them.  Chanel stands alongside Poiret as one of the true innovators of the beginning 20th.  Her work was about simplicity and active movement, concepts fairly alien to most women of means at the time. 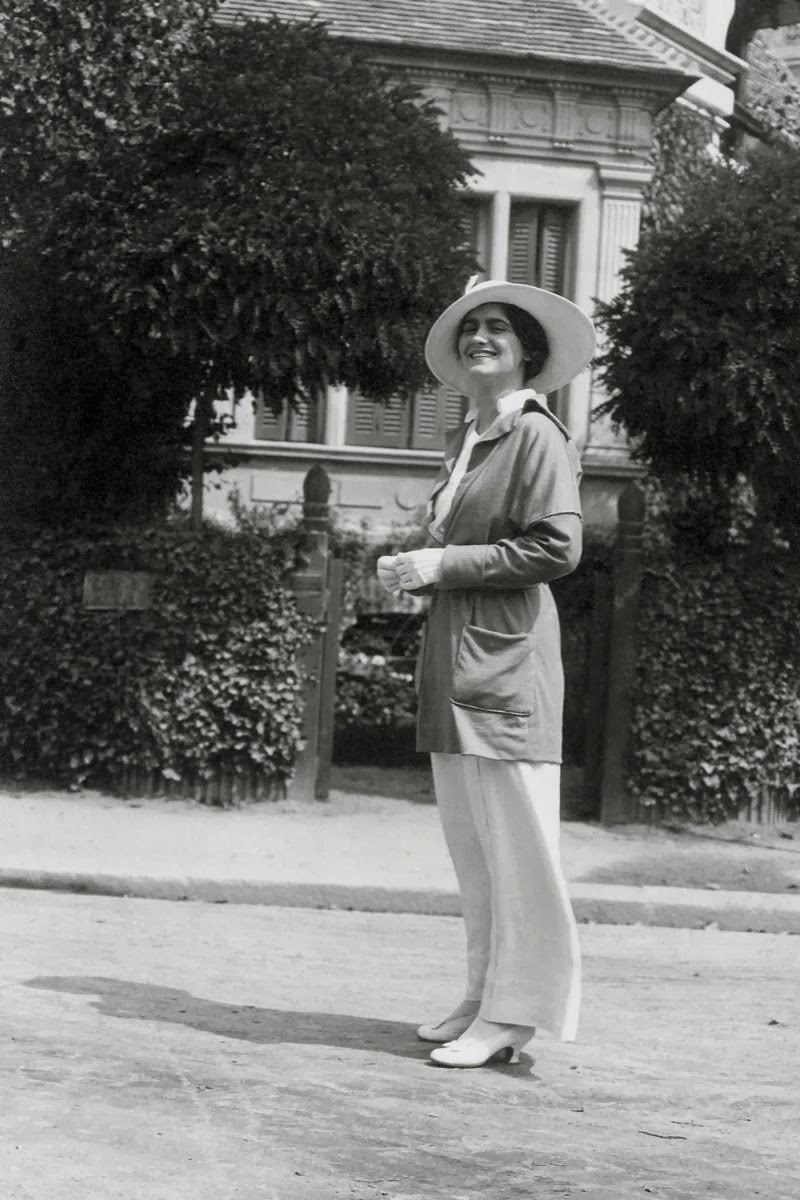 But it wasn't really until the 1950s and 60s that the trend took wing in full.  Rock and roll, the Beats, and younger generation en masse provided the inspiration, and their growing financial power, the reason to bring it to fruition.  Suddenly massive amounts of clothing and accessories were being created exclusively for the young market. 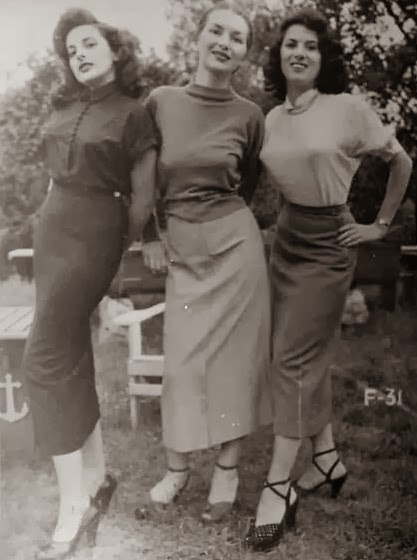 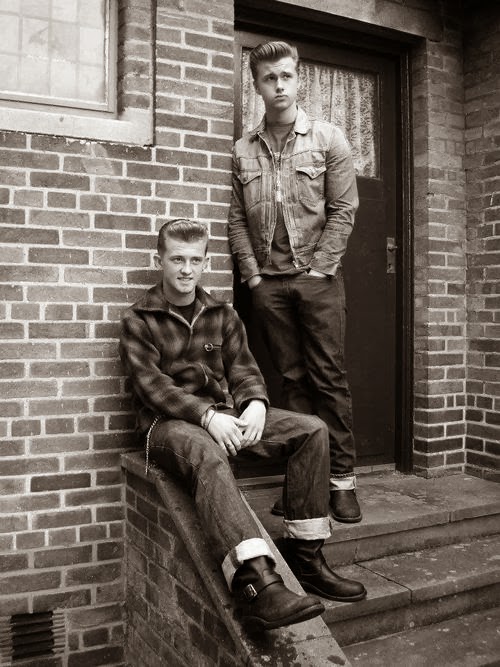 In the process, these youth derived, street derived looks entered the formal style lexicon, and have become standard fare.  Both the women's and men's looks here, with minimal tweaking could be worn right now with zero comment.
By the 70s, the young had discovered thrift shops, and the treasures of amazing, fun, and unique (to them) styles on the racks there.  This spurred a huge retro fashion trend which manifested in companies like London's Biba department store, and the Fiorucci design label. The decades of the 20s 30s and 40s were all just far enough in the past for the young that they thought of them as cool, and funky.  Sound familiar?  Sure it does.  The rage for all things 70s that swept the design world in the beginning of the 21st is a perfect example. 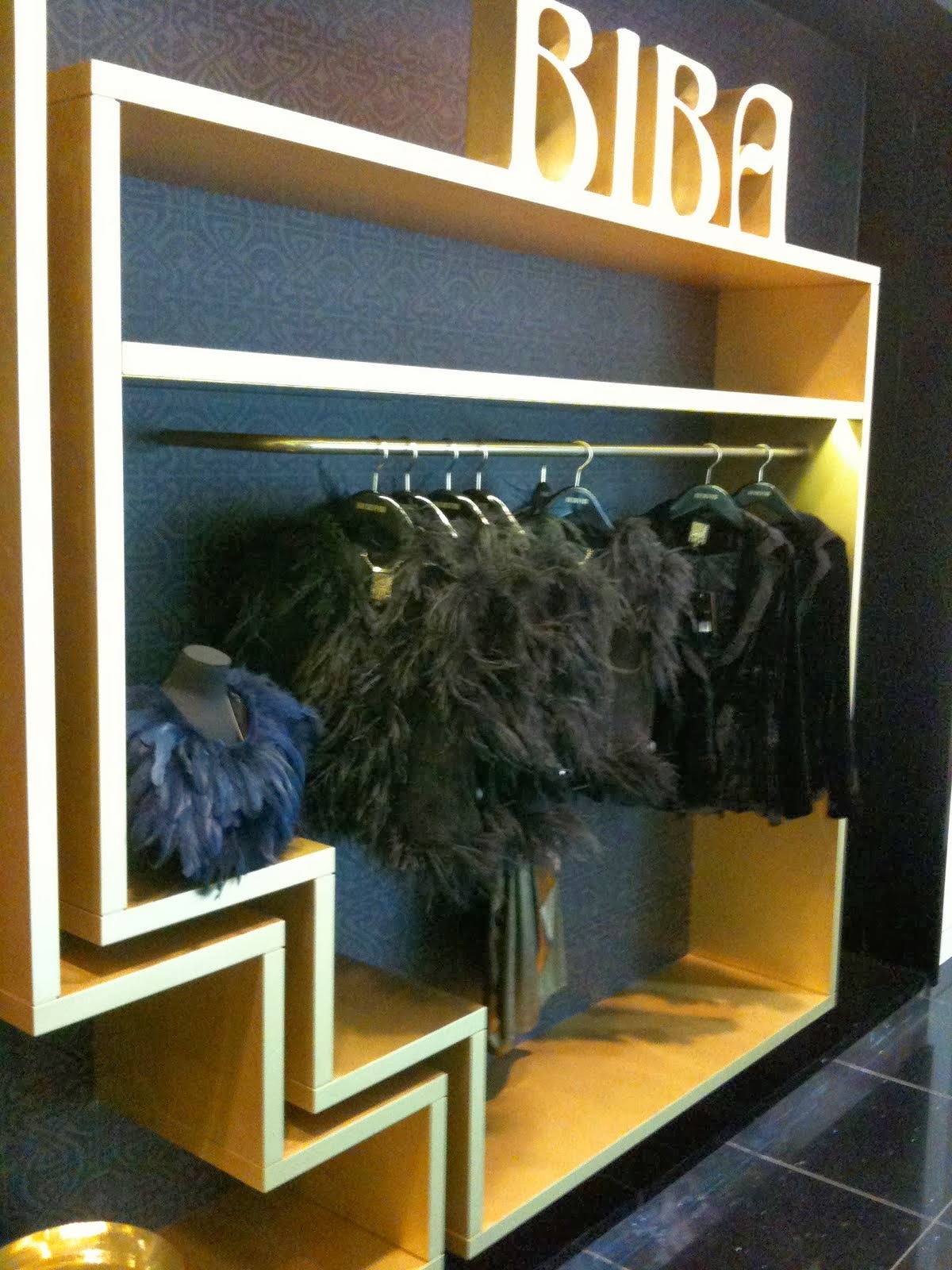 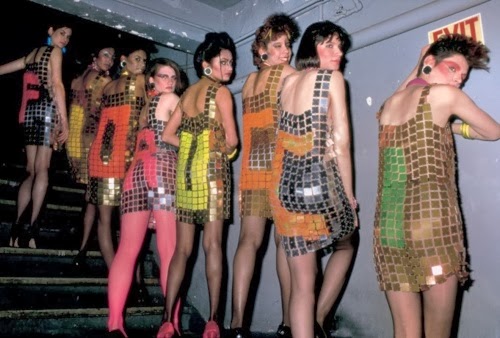 And now, the influence of the street in fashion is so pervasive that only at the couture level is work done that exists outside its influence, and not even there, most of the time.
But the most vital point is this: now, street fashion has become its own game, spinning off into ever more subsets and groups of players. 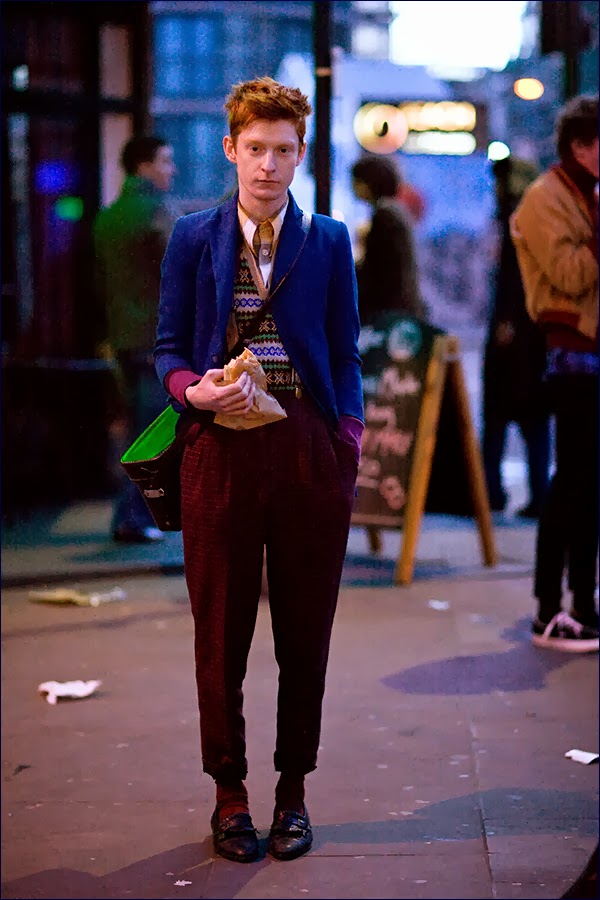 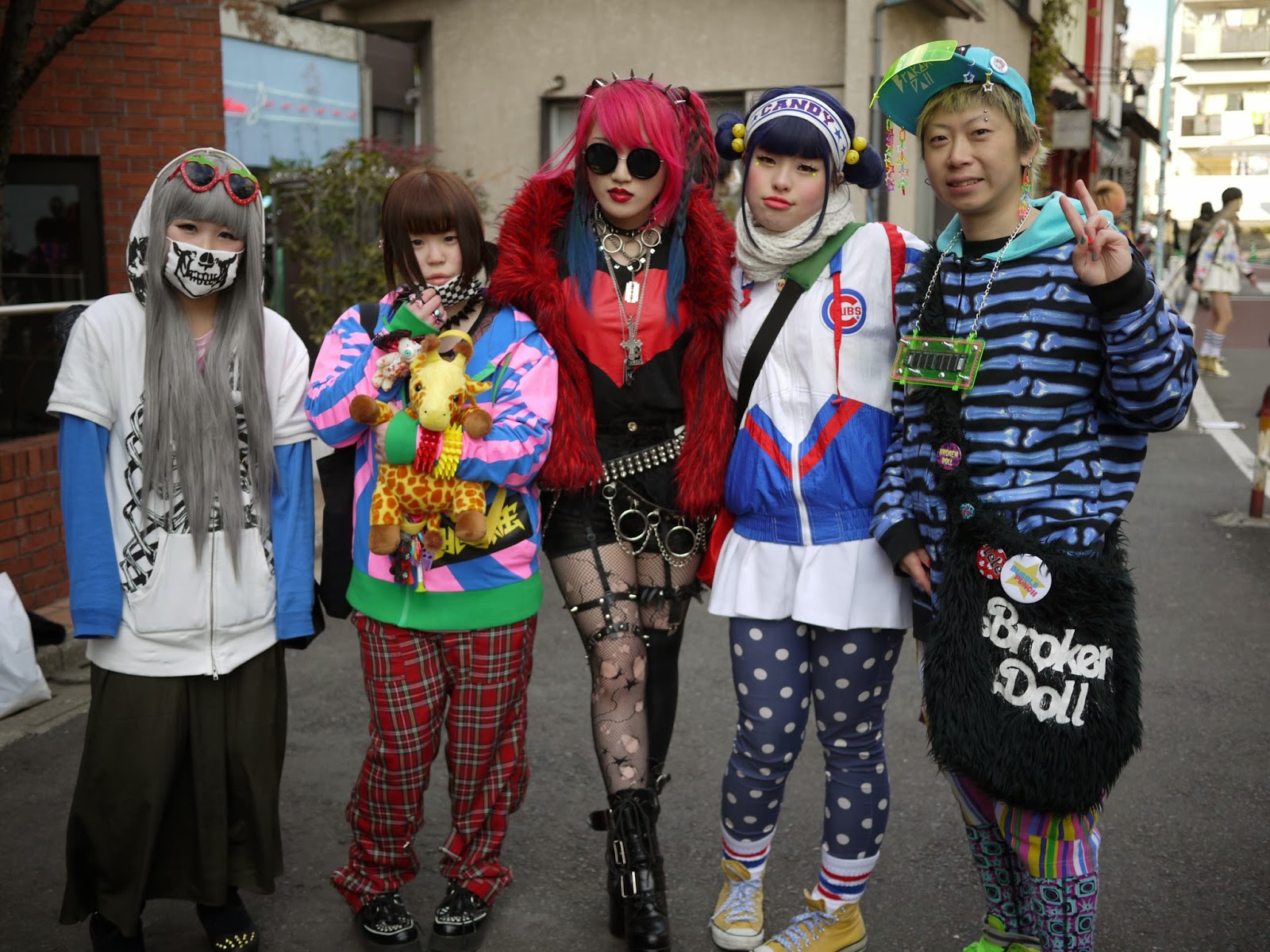 From the profoundly fecund number of Japanese street styles, to the irony heavy looks of hipsters, the playing field just keeps getting bigger all the time.  In my mind, this is all a good thing.  To me it implies an increasing desire to express in more individual terms, rather than in herd terms, our personhood and mindset.  For example, the number of t shirt design companies on line that create and market designs for one day only, give an exclusivity, and uniqueness to the ubiquitous Tee, allowing it to be a billboard for one's own thoughts. 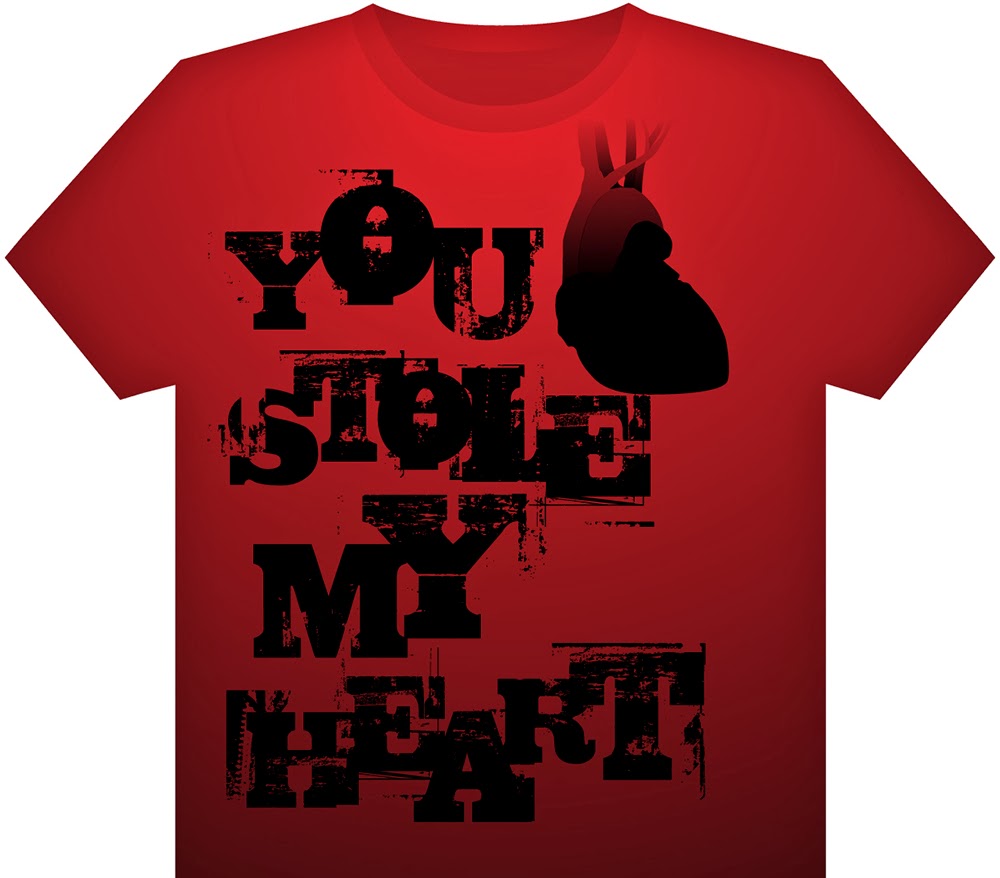 So, let your freak flag fly, be unafraid of stating loud and clear who you are with what you clap on your back.  The truer you are to your own self, the more attractive you become.
Posted by Paul G. Ellis at 7:39 AM