The Art Of the Waistcoat

Before I delve into today's topic, gentleman's waistcoats or vests, and what they have contributed to the menswear part of the Attire language, just a few notes.  I am back from break and feeling refreshed.  That said, I have had to realize that the pace with which I've been posting here has simply been too great, and that I have been, to a degree overextending myself both physically, and otherwise, to make it happen.  Its all because there is so much I wish to relate, and so much that I feel is of interest.  But moving forward, the amount of posting here is going to slow a bit.  I won't be posting to this version of Attire's Mind every day, but certainly 3-4 times per week.
With that out of the way, onward! 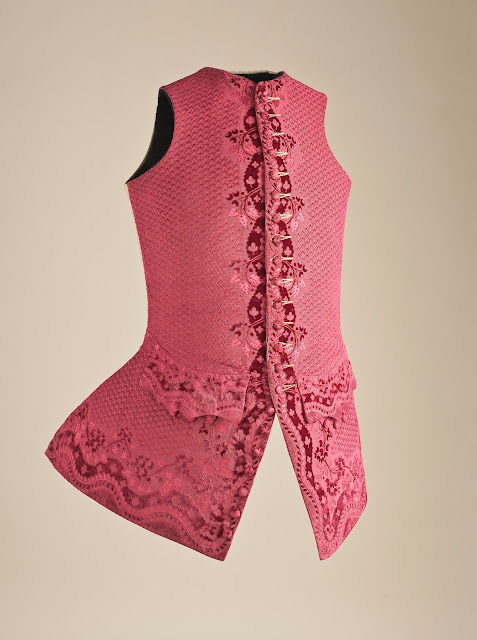 The man's waistcoat, or vest as it is called in some places, began as an outgrowth, a morphing of the doublet.  It became popular to wear a coat over the doublet in the early 1700s.  And as that fashion took firm hold, the doublet became a less powerful player, since the bulk of design and decorative detail was being lavished on the coat.  But especially for men of somewhat lesser means the newly formed waistcoat became a place where they could express themselves well, at comparatively low cost, since less area had to be decorated.  Only the front panels of the waistcoat were of costly fabrics, with expensive trimmings, and fine buttons. 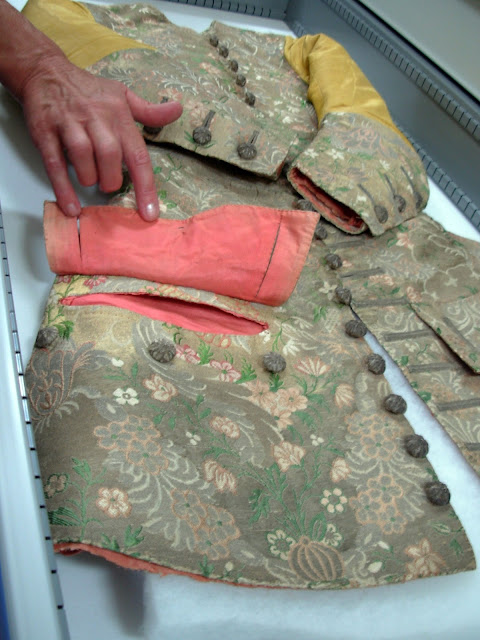 The first versions of the waistcoat had sleeves, vestigial ones, essentially, since they too no longer got any decorative attention, beyond perhaps, cuffs. For such garments the back of the waistcoat and the sleeves were nearly always of some plain material, often cotton, or linen. And in the suit vests of today, the tradition continues.  The back is always of some smooth, solid colored stuff.  The secondary reason for this is wearability. The sleek finish of the back makes movement easier as the material works against the inner fabric of the coat.
Waistcoats also began their primacy as knee length garments with rather full, somewhat conical skirts. By the end of the 1700s the waistcoat would be waist length, never again dropping past that point. 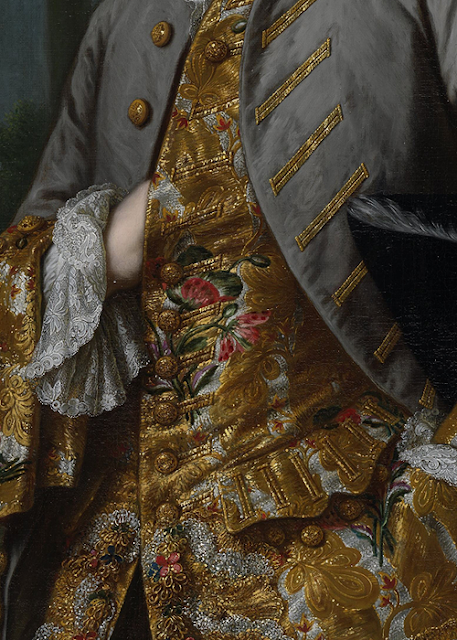 But by far the most interesting thing about them is what they gave to men in regards to how they could visually communicate.  The waistcoat was more often than not fabulously detailed and patterned.  The surface might be printed to form, or woven in that way, or embroidered to shape.  It could have galloon of metallic thread, of costly lace, paste stones, sequins, and even fur.  So it was possible, likely even, that a man could utilize that range of possibilities to create a garment that conveyed a good deal of his understanding, and outlook, to the viewer.  And since even the wealthiest did not have vast wardrobes as we do today, that garment would get much scrutiny, and come to be emblematic of the man wearing it. 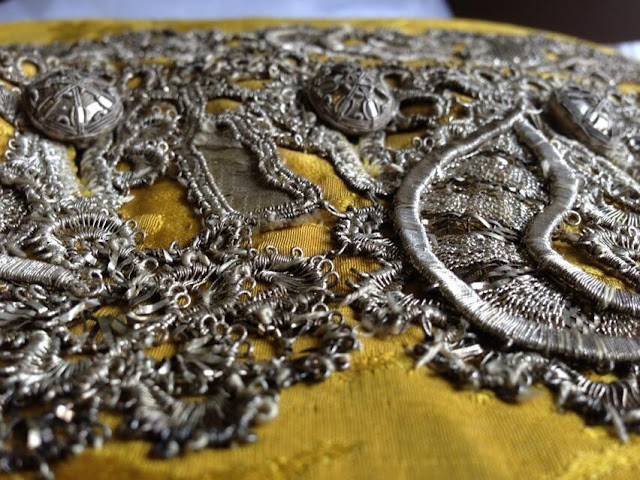 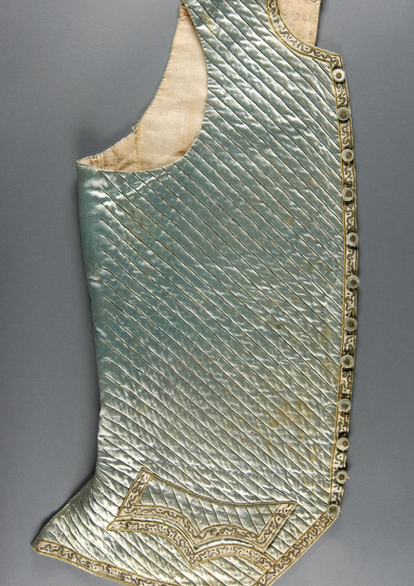 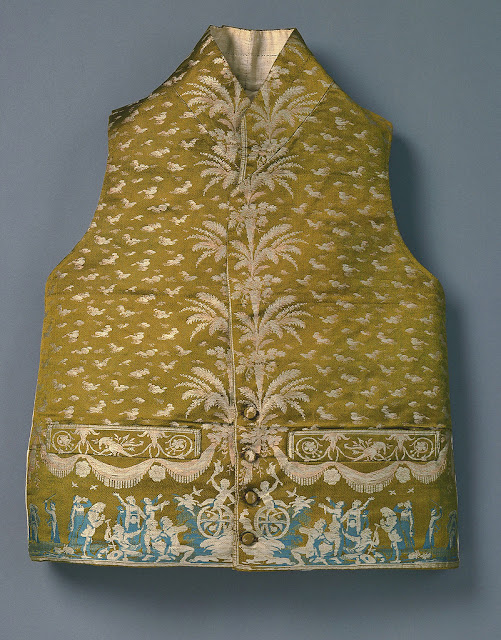 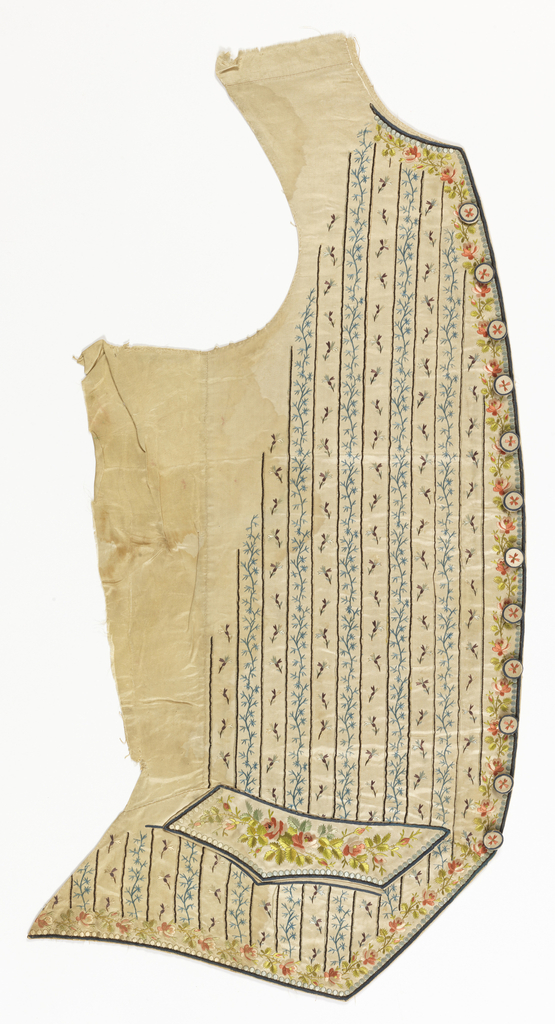 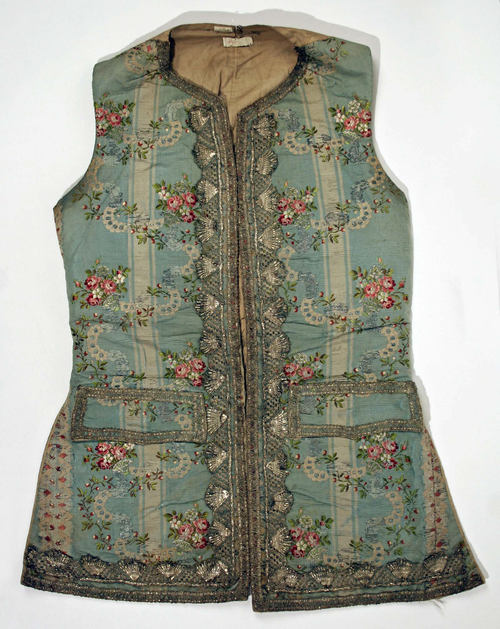 Style and subject of decoration meant a good deal.  Floral, pastoral, geometric, undulating, repetitive, or singular, all these and other versions of display got used, often, and each related specific things to those with eyes to see, and a care to think on it. 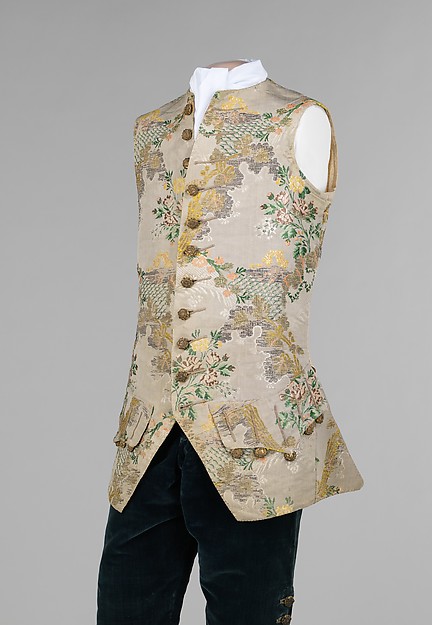 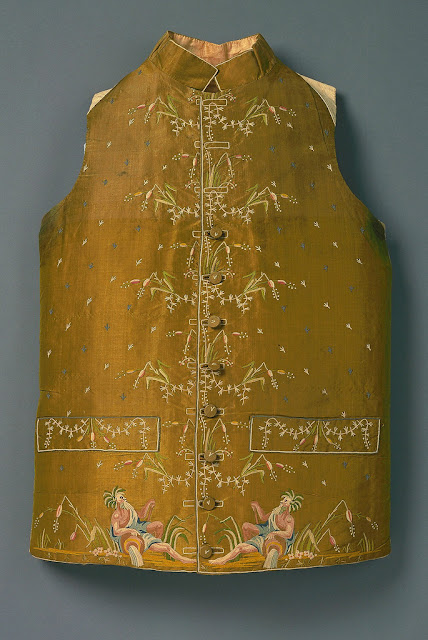 In our modern world, folks who routinely wear pretty much the same thing all the time create the same image for themselves.  I know from my years as a kilt wearer, that the notion of the kilt eventually reached icon status for me, and people could not conceive of me in anything else. 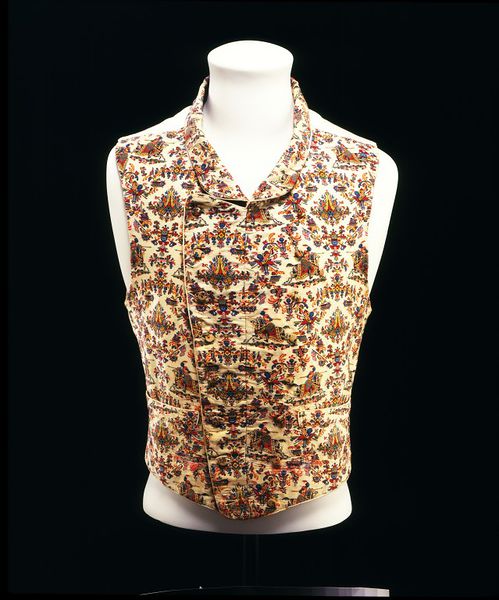 The change that happened for the waistcoat in the 1800s is that slowly but surely as the decades moved by, the waistcoat lost its decorative edge, it became more and more plain, and by the end of that century a gentleman would be looked at with a certain suspicion if his waistcoat was at all gaudy. 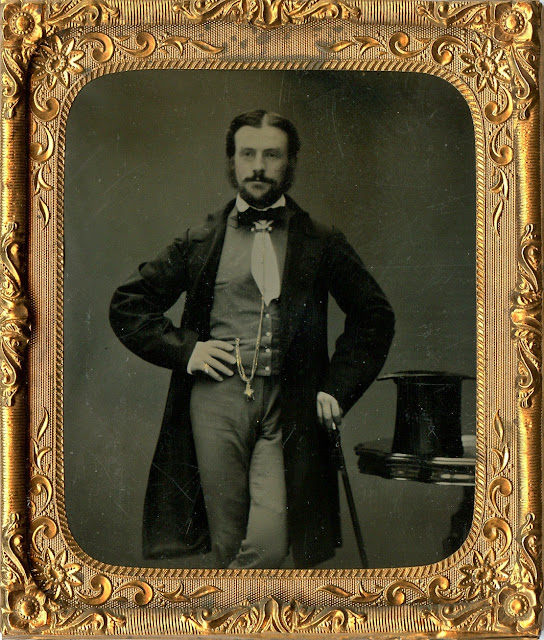 Today, the range is very limited, plain, or quietly striped textiles reign.  Pockets or not, lapels or not, single or double breasted, that's about it for what is acceptable now.  But it remains true that for 200 years, and even surviving well into the period when men's clothing was becoming staid and restricted a gentleman's waistcoat was a potent signboard for him, giving him a way to call out his thoughts and wishes to the world around him.  Will it return as a fashion?  Perhaps. But these days we have so many other options that fill that roll, including the alteration of our own bodies; that it will never reach the level of importance it once held for men. 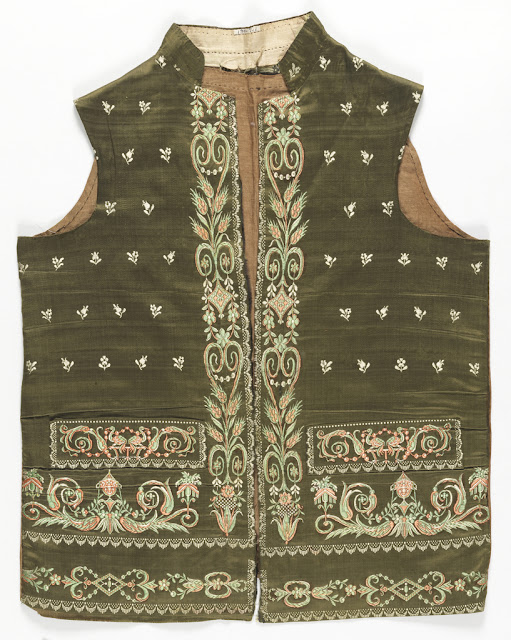