As our Western culture society became more codified, or rather solidified into the general forms it still largely bears today, so too our notions of child rearing, and our attitude towards the children we raised, and what we expected of them, solidified.  For hundreds of years the expectation was that children, once past infancy, would be active contributors to the life of the family, working and maintaining the space they had. So, the reality became that we started thinking of children as small versions of adults.  They were expected to behave with the same manners, and do, as much as possible, the same work.  In the upper classes the constraints on children were different, but no less great, since they were expected to master a huge range of education.  Though it was a different education for women, from that of men, the intensity of it, and the social expectations that arose from it, bore the same strength. 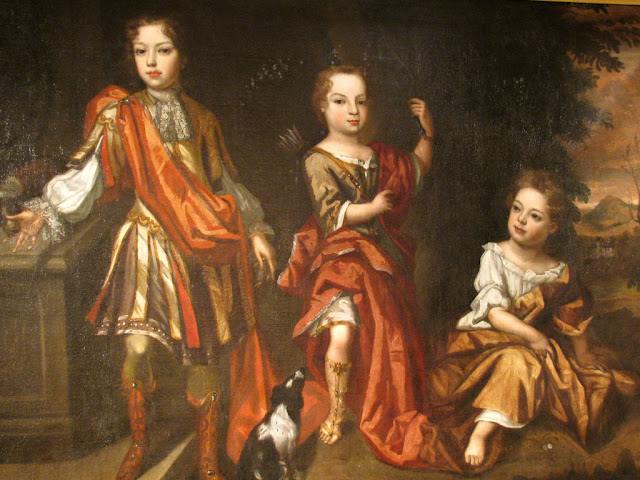 As infants and very small children, no differentiation was made in manner of dress.  Boys and girls wore exactly the same things.  There are many portraits from the prior three centuries that show small children wearing dresses, but very often those small children are boys. 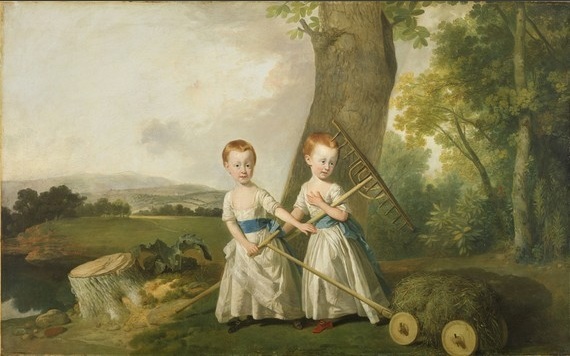 So naturally, as time went on, those with the finances to support it, dressed their progeny as half sized persons.  Even infant girls wore corsets, or corset like garments.  Boys wore the same style suits as papa.  During the period when wigs were in fashion, boys and girls wore tiny wigs just like mommy and daddy did. 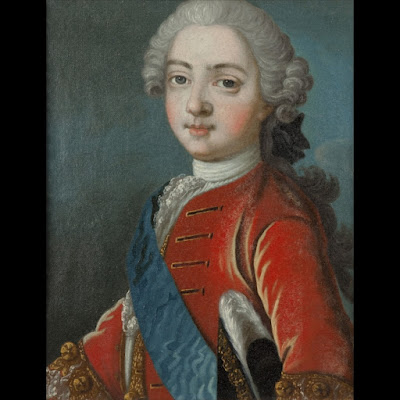 What this did psychologically, (though doubtless this was not ever intentionally considered), was day by day, hour by hour, it reinforced the social constructs that the young would be living with for the rest of their lives.  Cladding their children in the same garments they themselves wore, bound them to their society in a nearly inescapable way. But this shouldn't surprise us, because we do it today.  We dress our own children in a manner that reflects the society they are in, and literally wraps its thoughts and mores around them.  Sure, we give our children far greater personal choice about their dress, but the options for them are still those that are created for them by the adult community, with the not so subtle influence that implies. They may choose their own Attire sentence structure, but the words, are someone else's originally. 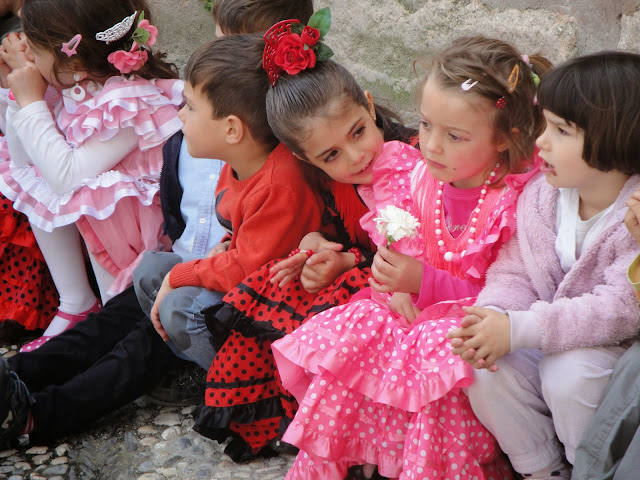 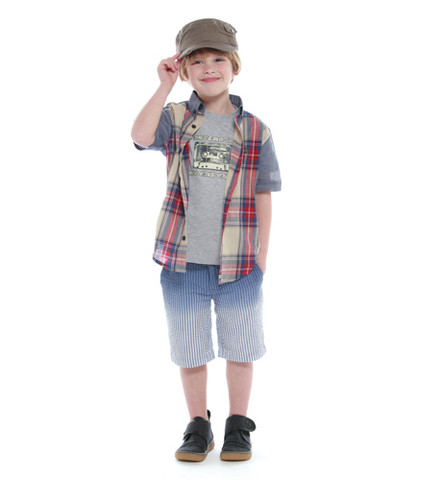 Clothes for little boys are more often than not in blues, greens and browns, with a preponderance of sport and military references. Apparel for little girls is redolent of pink and lavender, with pictures of hearts and ponies. So we are preparing them for the roles they will be expected to fill, and how they will be expected to respond to the world in which they live.  Though by the time they get there, the world will have changed, substantively.  As a side note, it does give me hope that more and more children's apparel designers are creating clothing that is closer to being gender free. And that means that, slowly but surely, we are leaving aside outmoded, and inappropriate images of human adult life. And that can only be a good thing.
It wasn't till the end of the 18th century that the position of children began to shift away from this mini-me status.  Revolutionary philosophical writers like Jean-Jacques Rousseau, and Voltaire presented for the first time, the notion of childhood as an honorable, and entirely separate state of being. And so, by the middle of the 1800s, clothing for children was taking a different direction.  Girls dresses, and boys suits were structurally, and in decoration, different from that of adult clothing. 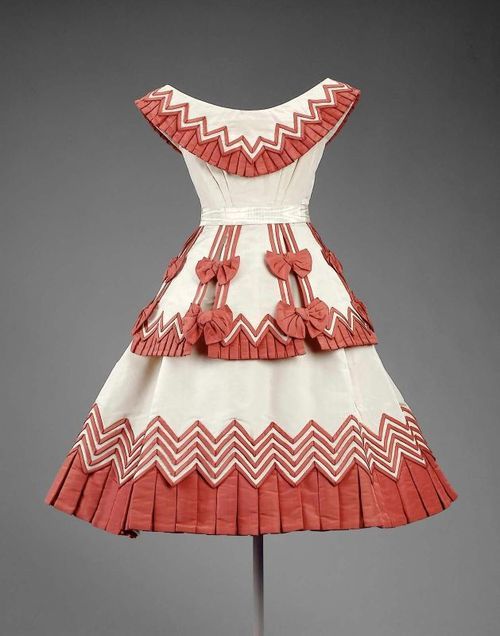 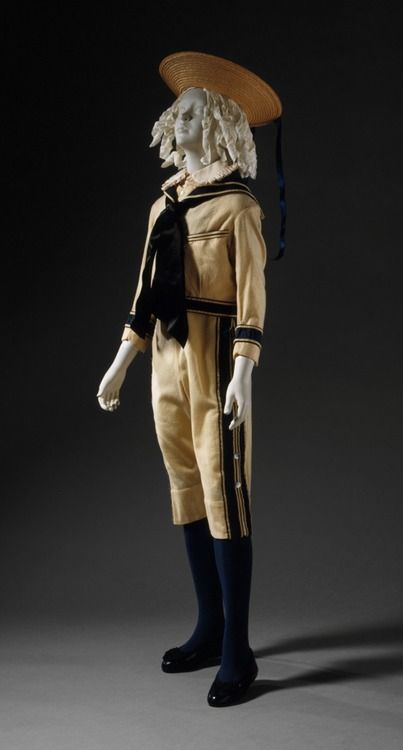 And though the concept of mother/daughter clothing, or father/son ensembles continued into the 20th century, it was an exception rather than a rule, and was viewed as a sweet anachronism.  Now, of course, it would be considered a bit odd, and a little creepy to dress your son or your daughter just like you. 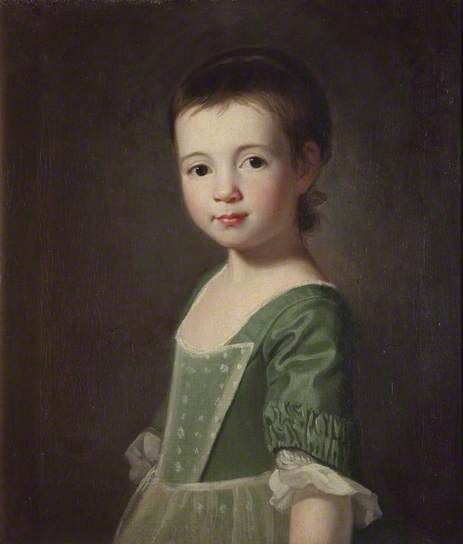 Socially, the up side of this is an increase in personal choice and decision making, which is a wonderful thing.  The down side, is a lessening of a feeling of societal obligation.  When I say that, I don't mean that we are beholden to the overarching culture to behave with clockwork precision.  What I mean is, that as a society we are beholden to each other to uphold certain basic ideas that we all agree upon as good.   Without simple constructs like mutual courtesy, acknowledgement of each other on the street and such, we end up eventually with anarchy.
How is Attire involved in this process?  Why quite simply, because for good or ill we create instant opinions about each other and our relative places in the world based on what we see at first glance.  You can think that's a bad thing, or a good one.  But whatever you think , its still a truth about us. 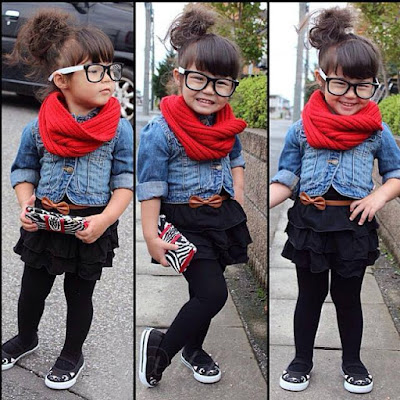