When we look at these charming bonnets of the 1800s, we tend not to see the subtext.  We see them as sweet remembrances of a vanished era.  But these hats are so much more. They can give us a clue about how it was for women during that time, and how they managed to navigate the endless rules about their conduct in public places. 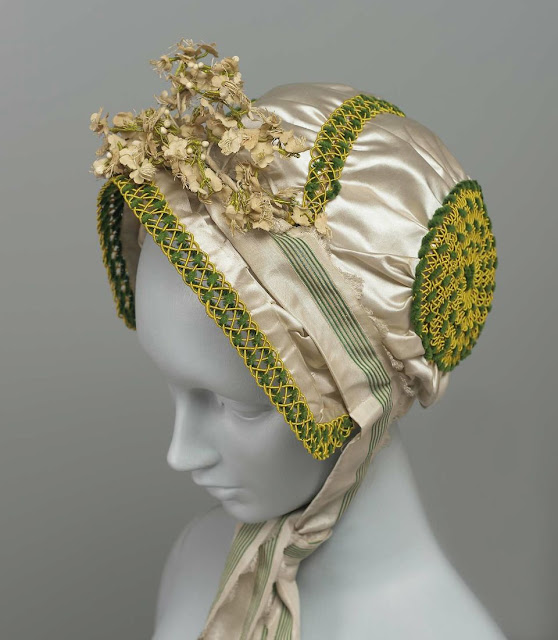 Bonnets like these, often referred to as poke bonnets, by their shape offered significant protection to a lady's face from the elements. They also framed the face beautifully when seen full on.  From the side a woman was hidden, out of circulation in a way.  But there is something about the concealed thing that makes us want to expose it all the more.
Turning her face just a tiny bit, to reveal a hint of herself to someone could be a coquettish act, but as long as it was done discretely, it could not harm her reputation.  So this garment, which bound her to society and its strictures, could be employed in an almost subversive way, and doubtless they were.  They acted as an enticement to action on the part of those who saw her. 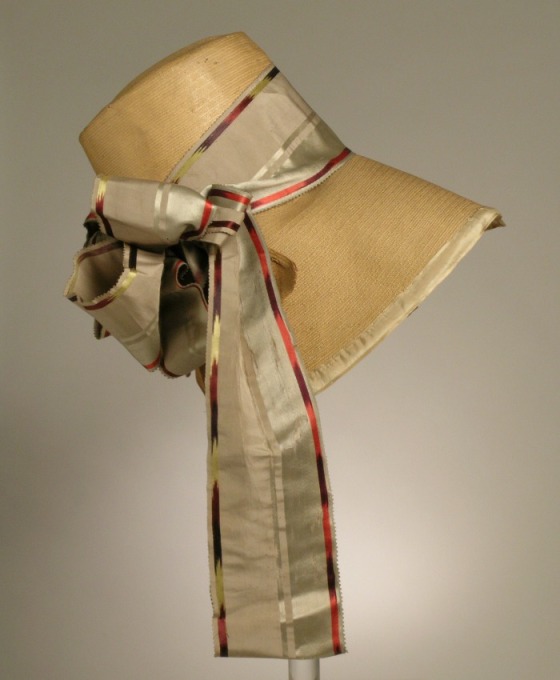 Since most hats were made up at home by the lady herself, she could employ her needle skills to convey through her choice of decorations something more of herself to the world outside, and all by staying well within the rules of propriety.
So have a look at these, and give a thought to who these women were, and what they were after in their lives.  Every garment has a life history, and a story to tell. 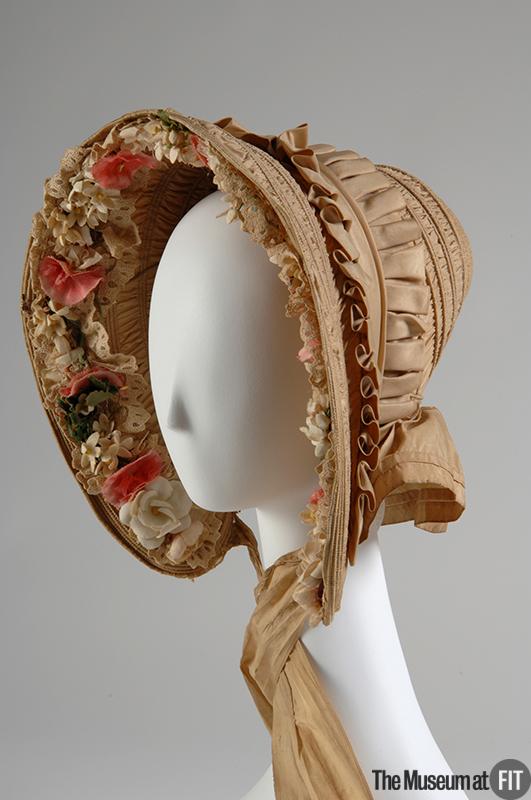 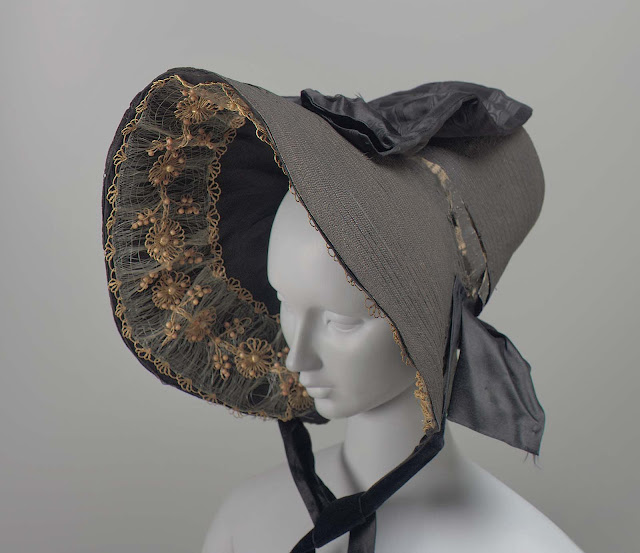 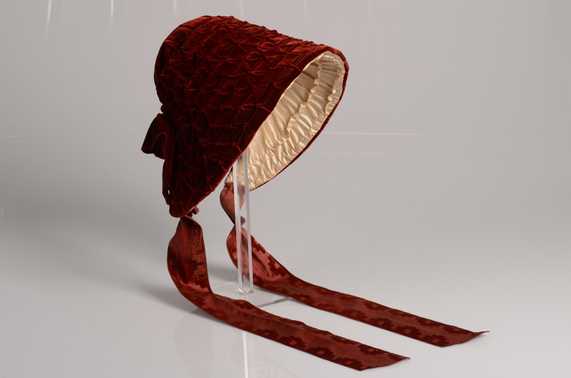 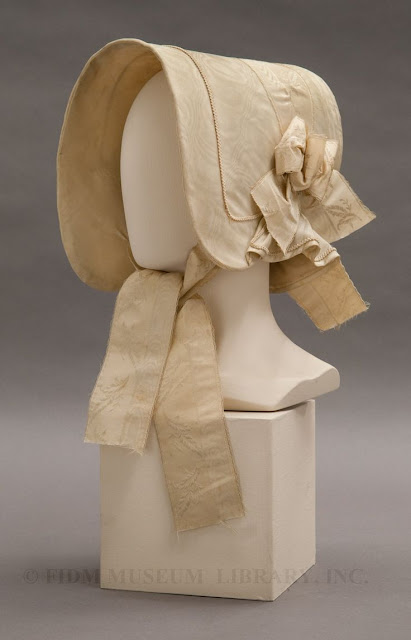 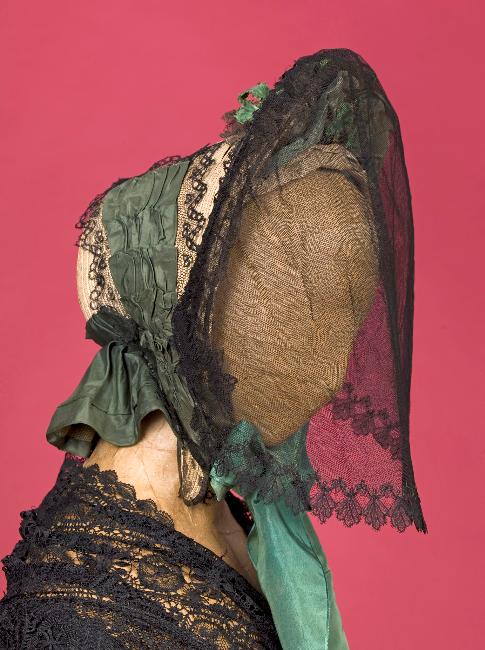 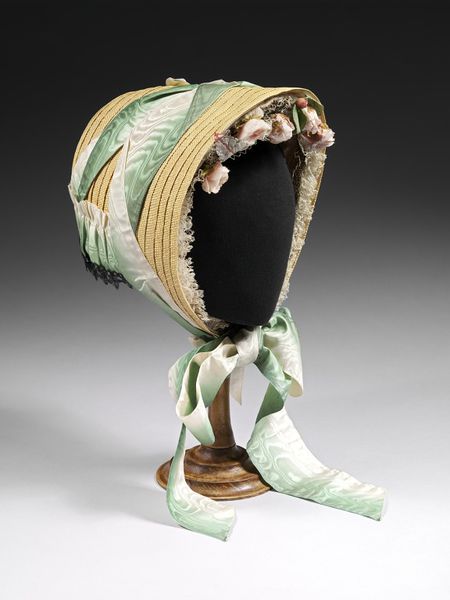 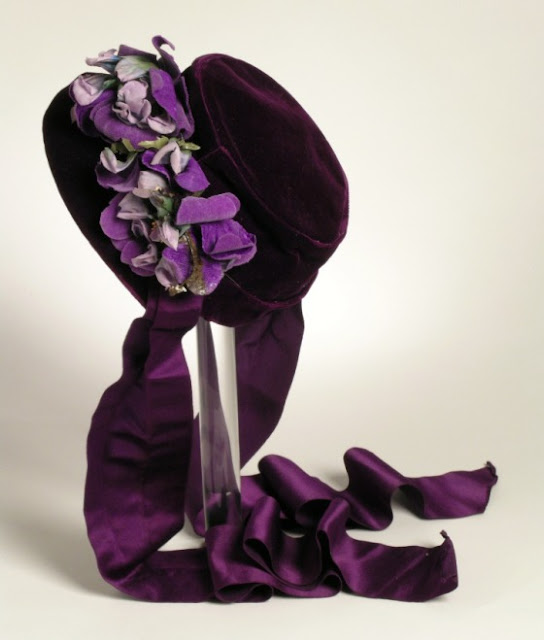