Howdy do, All.  Welcome to the weekend, and to this week's round of "What Has Spilled Out Of His Head This Time?". 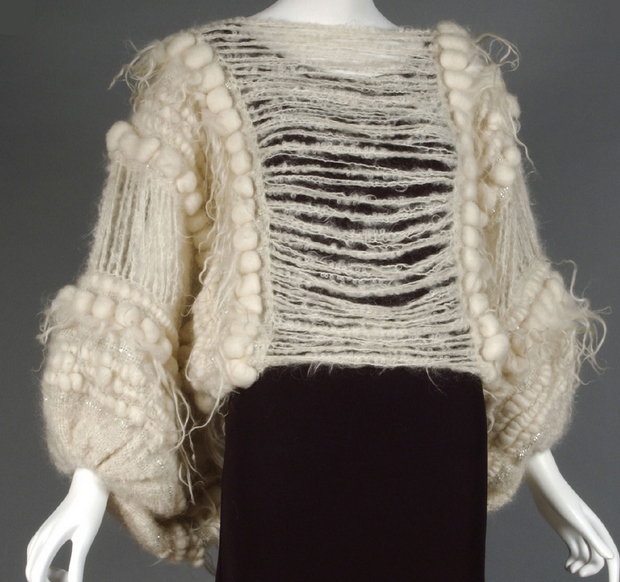 Texture is one of the more significant aspects of what eventually conveys meaning to us when we observe someone.  This rather extraordinary sweater, designed in 1979 is a study in texture and what it can achieve.  It seems even more fully organic than it actually is. Sure, it was created of a natural fiber that grew as hair on an animal, but the way that fiber was spun and then manipulated into a garment seems more like it occurred of itself, rather than that it was carefully conceived.  It invites us to stroke, to touch. And, while it has a certain formality in its base structure the fuzzy softness of it renders it less formidable.  If this same structural idea was made up in a textile it would change how it communicates completely.   As an exercise try imagining this made up in some other way and see how much it alters. 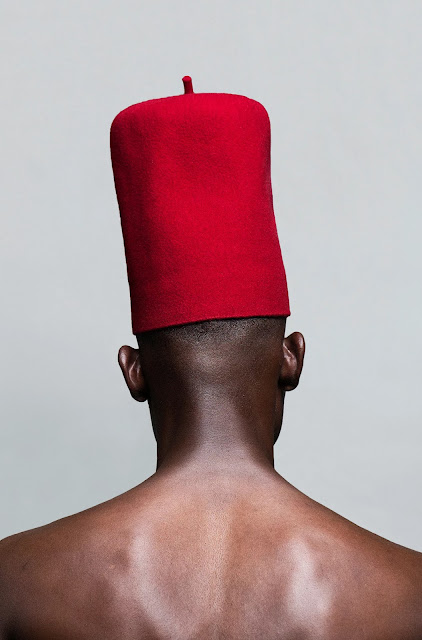 The image is called Let It Be, and it was shot by Lakin Ogunbanwo.  Apart from its power simply as an image it makes me think again about the incredible potency of headgear.  Even such a simple shape as this one confers great strength to the wearer.  Since it's likely that putting things on our heads was one of the very first things we did in the unknown past as we began to unknowingly assemble this huge language, it is a thing that has a densely layered effect on us.  Just think of a moment about how you feel when you are wearing your favorite hat. What does it do for you?  And how do you feel if you get complimented on it? 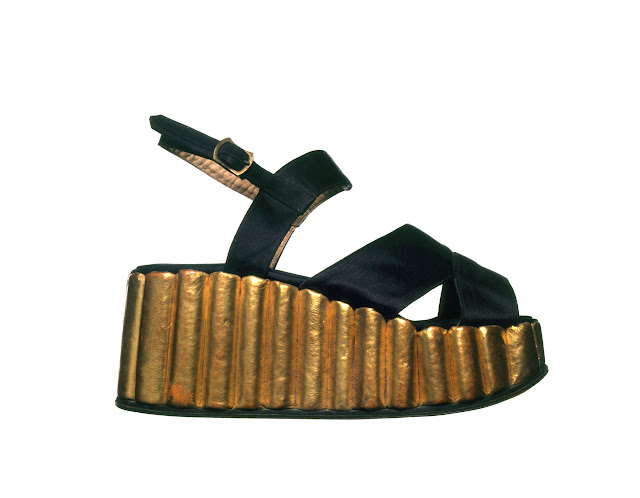 In 1940 Salvatore Ferragamo designed this platform sandal.  Made in black satin covered kidskin, with a stacked cork platform that is finished with gold kid, it's a wonderful example of how we continue to try to make more of ourselves.  If we are tall we wish to be taller still. If we are not, we dream of height we cannot have. So, inventive souls that we are, we give ourselves a literal boost.  Cultures all over the world, and for as far back as we have records for have done this same sort of elevation.  To be more physically imposing is a goal that a great many of us seek, even if we are unaware that we do. And we will put ourselves through a good deal of discomfort to get there. 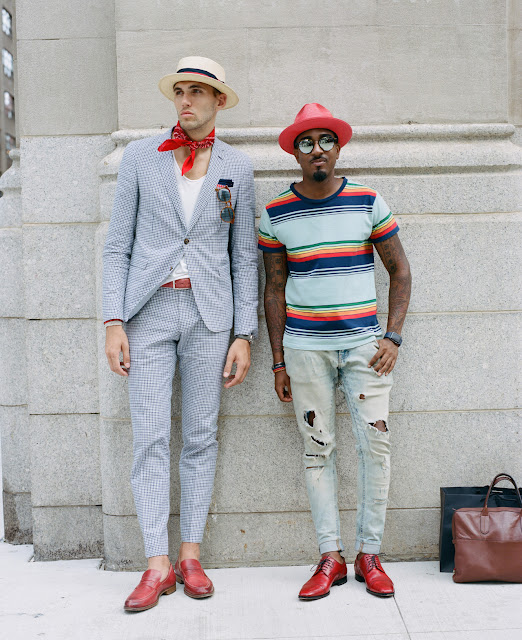 Two very modern gents each speaking in their own way the Attire language.  They are both employing some of the same basic words. Tee shirt, hat, and red shoes, yet the end result that we see is two completely different personal messages. One is somewhat formal, the other, though just as stylish is kick back relaxed.  The detail that caught me here is the shoes.  Both pairs are red, but they both say something subtly different. 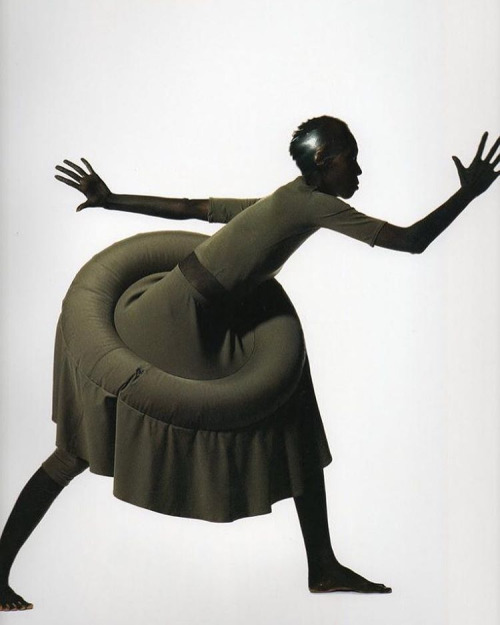 Photographer Irving Penn and designer Issey Miyake had a real understanding of each other, and worked together a good deal.  For me, this image exemplifies what I love about the whole Avant Garde realm of design.  Form and function are called to question, the body being both revealed through closely fitted knit material and concealed in a huge drum that obliterates natural shape and changes movement in space.  I also love that the drum shape dimly recalls the wheel farthingales of the 1500s while looking even now ultra edgy though this was a design from the early 90s. 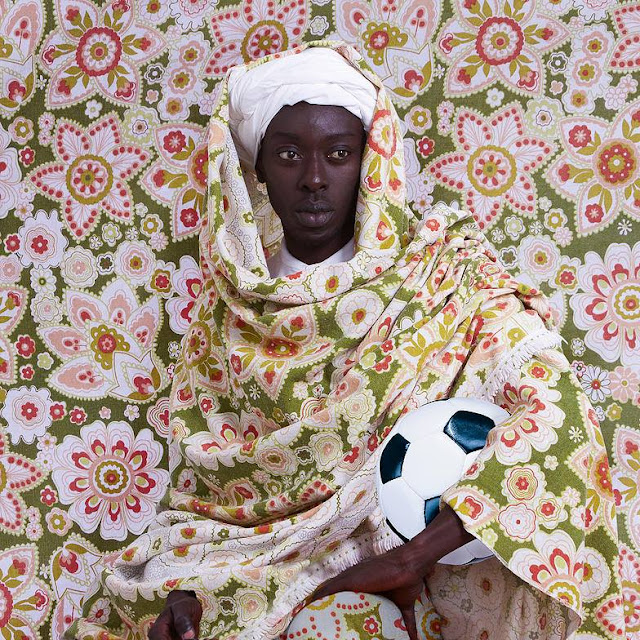 There is so much happening here from an Attire perspective.  Whew. Where to begin?  First is the wonderful light energy of the color combination and pattern in the main fabric.  The young man's face is beautifully framed not only by his white turban but by the draping of the floral material.   The stark contrast of the white turban and robe bring our attention to his wonderful dark skin tone, and let us really see his expressive face completely.  The volume of the draping gives an air of formality and a kind of regal grace.  So much conveyed with such relative ease.  Photograph by Omar Victor Diop from his Diaspora series in 2014. 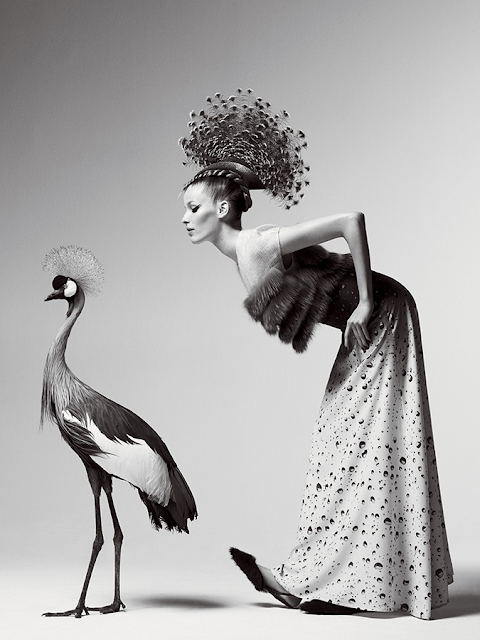 This witty image is from American Vogue and points up our continuing desire to imitate and in some manner take on the characteristics of the living creatures we share our world with.  If we cannot become a fabulous bird we can copy aspects and make ourselves into something fantastical.  It's a technique we employ constantly in endless ways, from the wearing of fake fur to the wearing of jewelry that looks like scales or claws, we have and I suppose always will draw the world about us in this way. 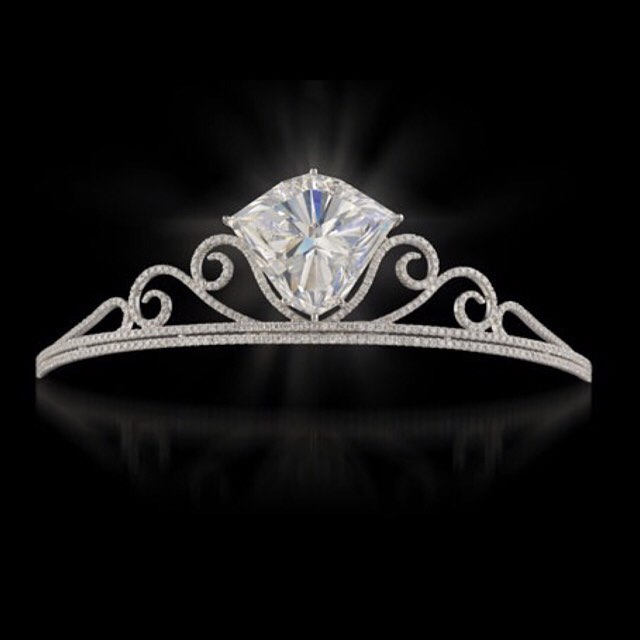 Because I simply cannot post a Scatter without something shiny, this.  As a species we have an endless fascination for things that sparkle. It doesn't even really matter if they are precious stones or not, but if it shimmers and refracts light we are all over them.  This tiara was auctioned by Christie's in 2008.  The central stone is called the Shizuka diamond, which was cut from a 460 karat rough to the 101.27 karats you see here.  Though I'm not crazy about the setting, still, it's rather a wonder of a rock.  I also wonder how much longer we are going to mine the earth for these, when we can make gem rated stones in machines now, and in any color we want. 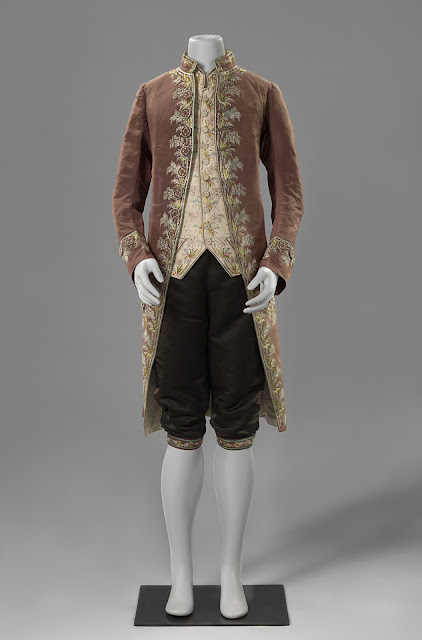 This Full dress suit is from between 1775 and 1785. It points out something that was going to shift in the next century.  When we think of a suit now we think of a set of matching pieces, either two or three.  It wasn't always so.  For the majority the time men in the Western world were wearing tailored clothing the term suit referred to the various tailored pieces regardless of whether they were the same material or not. In fact it was far less common for all the pieces to match.  Clothing was so insanely expensive that even wealthy folk could only afford a few things, so a coat or a waistcoat or a pair of breeches would be purchased and used with whatever other things were already in service.  By the mid 1800s the term suit would be applied only to a fully matched set of apparel, as it is still today. 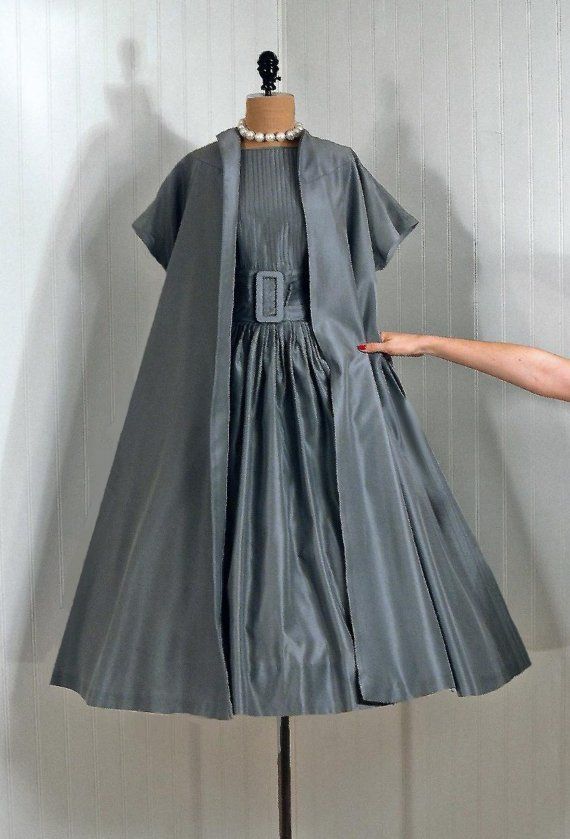 The 20th century saw a unique but fairly short lived manner of dress come into being, cocktail clothing.  Meant to be a set down from the full formality of evening dress, cocktail apparel was in vogue as a separate entity within Attire for only about 30 years from the early 40's into the later 60s.  During it's heyday, ensembles like this one were available at every pricepoint level and all sorts of differing iterations from simple, like this one to fussy.  They had the advantage as well of being easy to get into, much moreso than full on evening clothes which were usually more complex to navigate.  But, a lady could jump into this quickly and be off to toss back a few Manhattans with some friends.  Once the concept of the cocktail party as a social gathering faded from popularity, so too did this manner of dress. 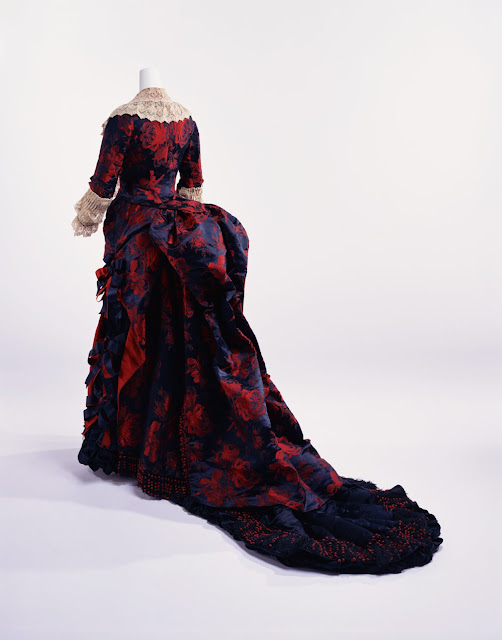 Anyone who has been reading me a while knows of my abiding love for couturier Charles Frederick Worth.  This dinner dress is part of why.  In the hands of a lesser talent the brilliant colors here, and the huge scale of the pattern would overwhelm the design and turn the finished garment into a hopeless glaring muddle.   What Worth does here is keep most of the trimmings so discrete that they become simply additional textures. How?  By matching the colors of the silk brocade precisely so that the fabric is allowed to continue to play the lead role.  The lace on the sleeves and collar offer welcome relief from the intensity of the textile, and create a focus at the face and hands, so that the wearer is not lost.  Kyoto Costume Institute collection. 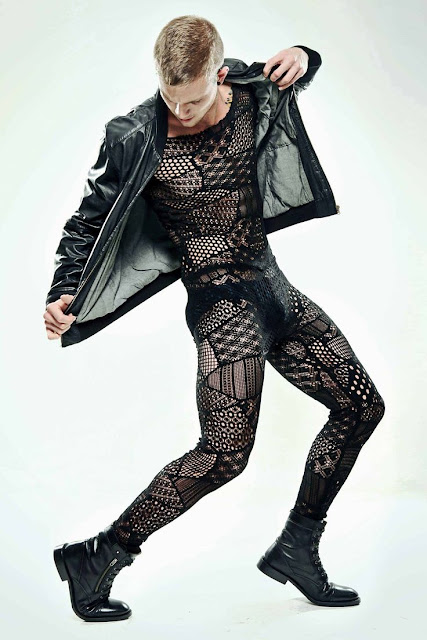 The final offering today is a bit of edginess.  When I saw this image I thought, well, why the heck not?  Why shouldn't a guy wear a sheer stretch lace jumpsuit if he has the moxie for it?  We are still in the midst of a long trend for sheer clothing. It began for women only but has spread to menswear and is slowly gaining ground there.  What this says about us culturally could be a number of things.  Certainly it has a good deal to do with the greater level of frankness we are experiencing about sex and sexuality.  It's also a methodology for displaying one's worked out frame to maximum advantage. What other reasons can you think of that explain our sudden and increasing fascination with sheer apparel?  Give me your thoughts, folks!

That's the lot for this week, my friends.  Have an awesome weekend!
Posted by Paul G. Ellis at 5:58 AM