Why I Kilted, What It Meant

People have asked me many times why I chose to be consistently kilted for a decade.  That is a wonderful question, and one that bears some conversation.  Here is the back story.  At the time that this began I was partnered to a magnificent person, named David.  As a combination Xmas and birthday gift, (my birthdate is in January) he gave me a black classic Utilikilt. I put it on, being the sometimes adventurous soul I am, and sallied out into the world.  I was surprised and delighted by the response, which was uniformly positive. 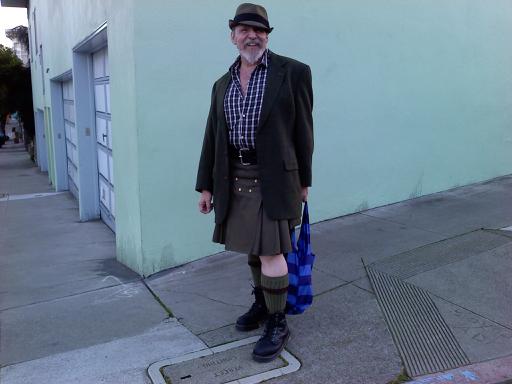 Now, I will own that like most folks, the opinions of others have more sway with me than maybe they ought to. I gloried in the positive reaction.  Additionally I have always, as much as I appreciate approval, had a stubborn streak that resists following the herd completely.  So being kilted was a form of defiance as well as a method of proclaiming individuality. One kilt turned into two, then more. Soon, I asked my employers if it would be okay for me to be at work, kilted. Being the expansive minded ex-Hippies that they are, they said yes.  GAME ON.  For the next decade of time I was not seen anywhere, anytime, without a kilt on. Even my travels abroad saw me kilted.  The only times I was in pants were the lounge pants I typically use as pajamas. 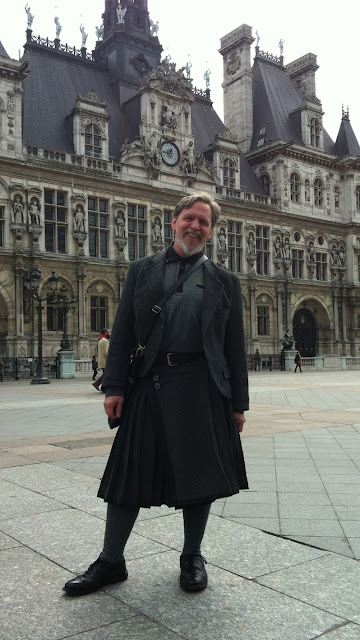 The kilt became a visual symbol that made me instantly recognizable.  Often customers at my work would ask for "the guy with the kilt" if they didn't know my name.  During a lot of this time I was single, and being able to say, "just look for the short guy in a kilt", made it easy for a date to spot me during my on line dating phase.
For many years it felt entirely positive to me. I had made a potent visual statement that marked my mindset and uniqueness well. I continued to get supportive feedback.
Then a curious thing began to happen by degrees.  Over time it became lass a symbol of my being entirely myself, and more the definition of me in the minds of others.  I began to realize that by creating such a strong impression it was by starting to take on the rule of law, of tradition.  I understood that it was now expected of me to a significant degree. 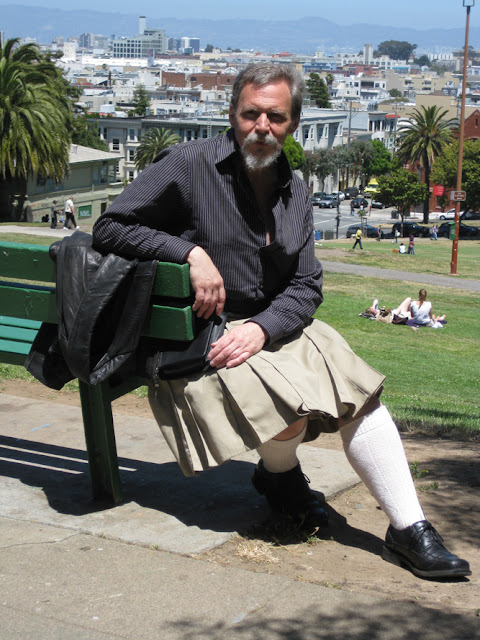 Reenter my stubborn streak.  Something I won't put up with is being told how I am to present myself, especially in a visual sense.  So, I decided to test my suspicions and put on, for the first time in over 10 years, a pair of pants, and go to work.  The response was as quick as it was profound.  People were shocked, genuine in their displeasure, and open in their statements that I looked "wrong" and that I should change.  For some this was merely playful teasing that I had stepped out of bounds.  But for a surprising number the feelings they expressed were serious. They meant it when they disapproved.  I was stunned by the depth of the reaction. 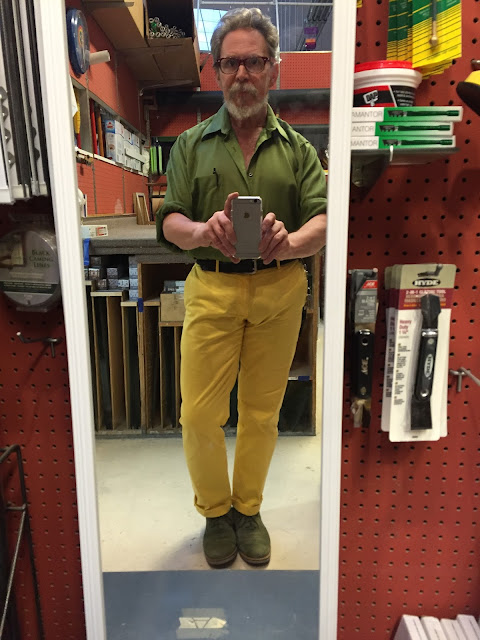 Since that time, I shifted more and more towards pants, and now it has been some years since I wore one of my kilts.  The initial reaction faded away in time. That said I still deal with this statement nearly daily.  "Oh my god, I've never seen you in pants before!"  And this statement coming from people who have indeed seen me in pants, frequently, and recently.
The effect the creation of that powerful image was so great that even now, that is the impress that exists in people's minds, though it hasn't been the reality for years.  So, I can offer my experience as a working example of just how much force lives within the Attire language and just how deeply it defines us to those who see us.  Years later, I am still in the minds of many of my customers at my work, "the guy in the kilt".
It serves as both lesson and warning.  Making a single sort of image for ourselves can have a cost all unbidden.  It can make it tougher for change to happen, both for those who we interact with, and curiously, for ourselves as well.  So, that look you love, could become a kind of imprisonment barring you from evolving for a time.
Posted by Paul G. Ellis at 6:46 AM