After the crisis of the French Revolution caused an instant deflation in the physical volume and level of ornament in clothing for women, a period of roughly a decade and a half occurred that, though not devoid of expressiveness, was a more severely edited version of women's apparel than had existed since the Dark Ages.  For over a thousand years women's clothing had been a matter of stiffness, increasing volume, and abundant elaboration. 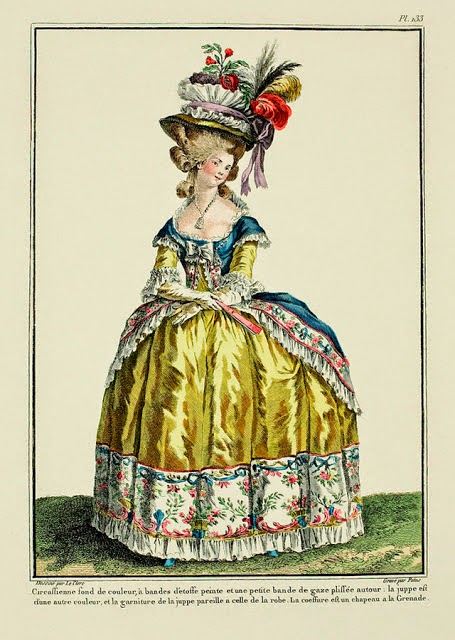 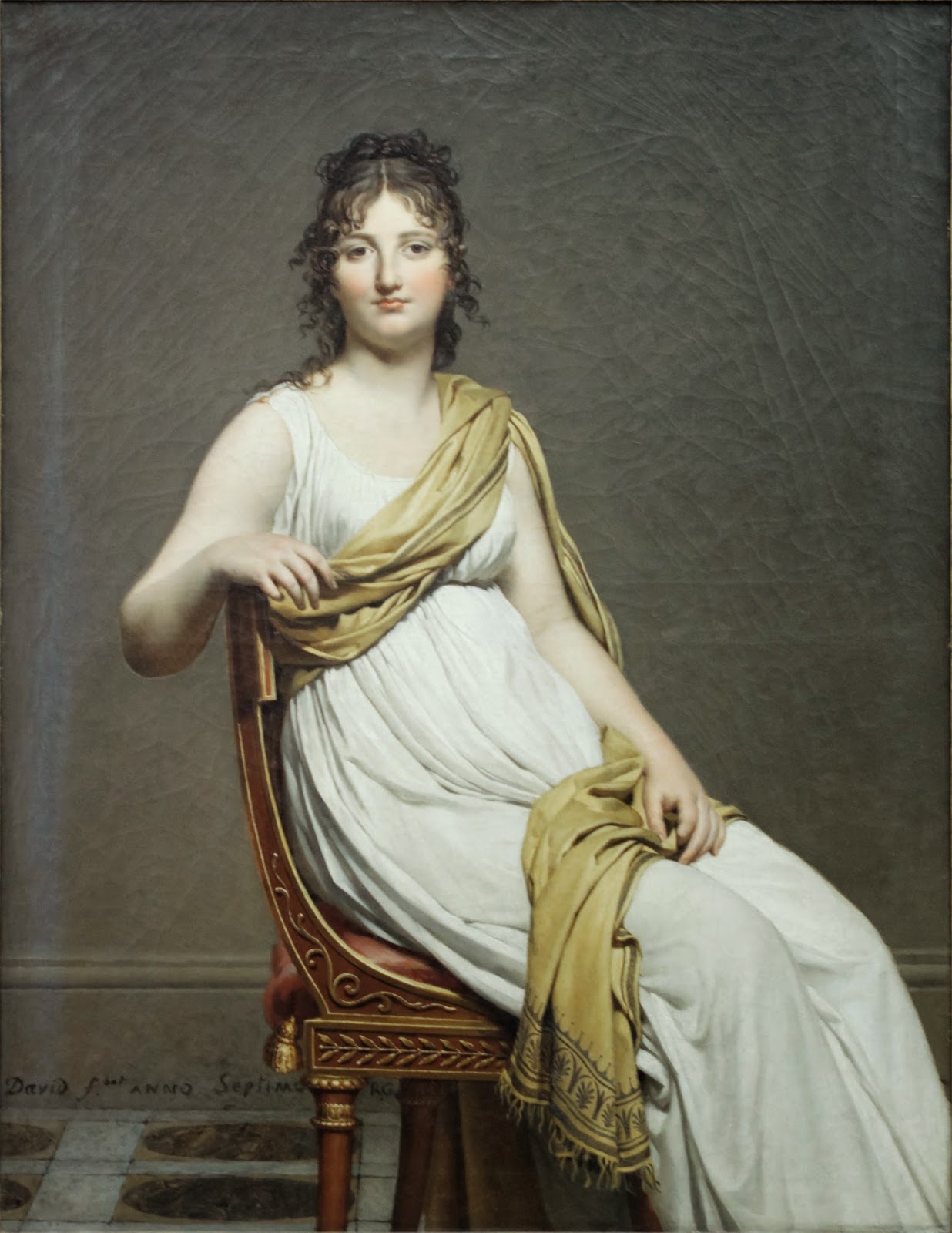 The desire to be perceived as democratic, enlightened and modern supplanted all other considerations.  So for the next bunch of years, women's clothes retained a slim, high breasted, and demure silhouette. Shoes were simple flat slippers. And the primary locations for whimsy and inventiveness were the neck and the head.  Collars and hats were often quite unique and quirky.
By 1820 though, something began to happen.  A subtle inflation began.  First it expressed itself in a slight belling out of the skirt.  Instead of being entirely vertical, the skirt shape became slightly conical, and trimmings of all sorts began to festoon hemlines, drawing the eye downward to this increasing space. 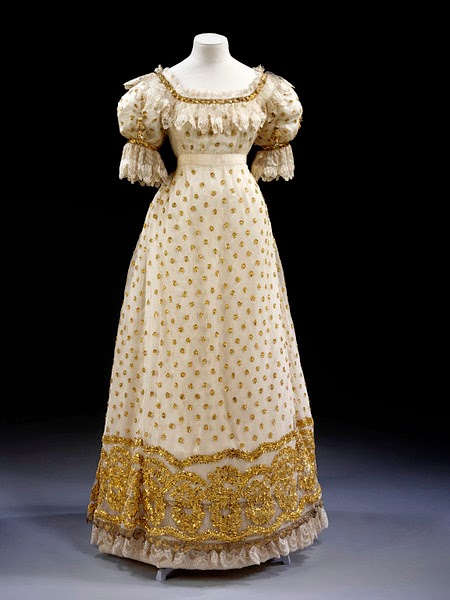 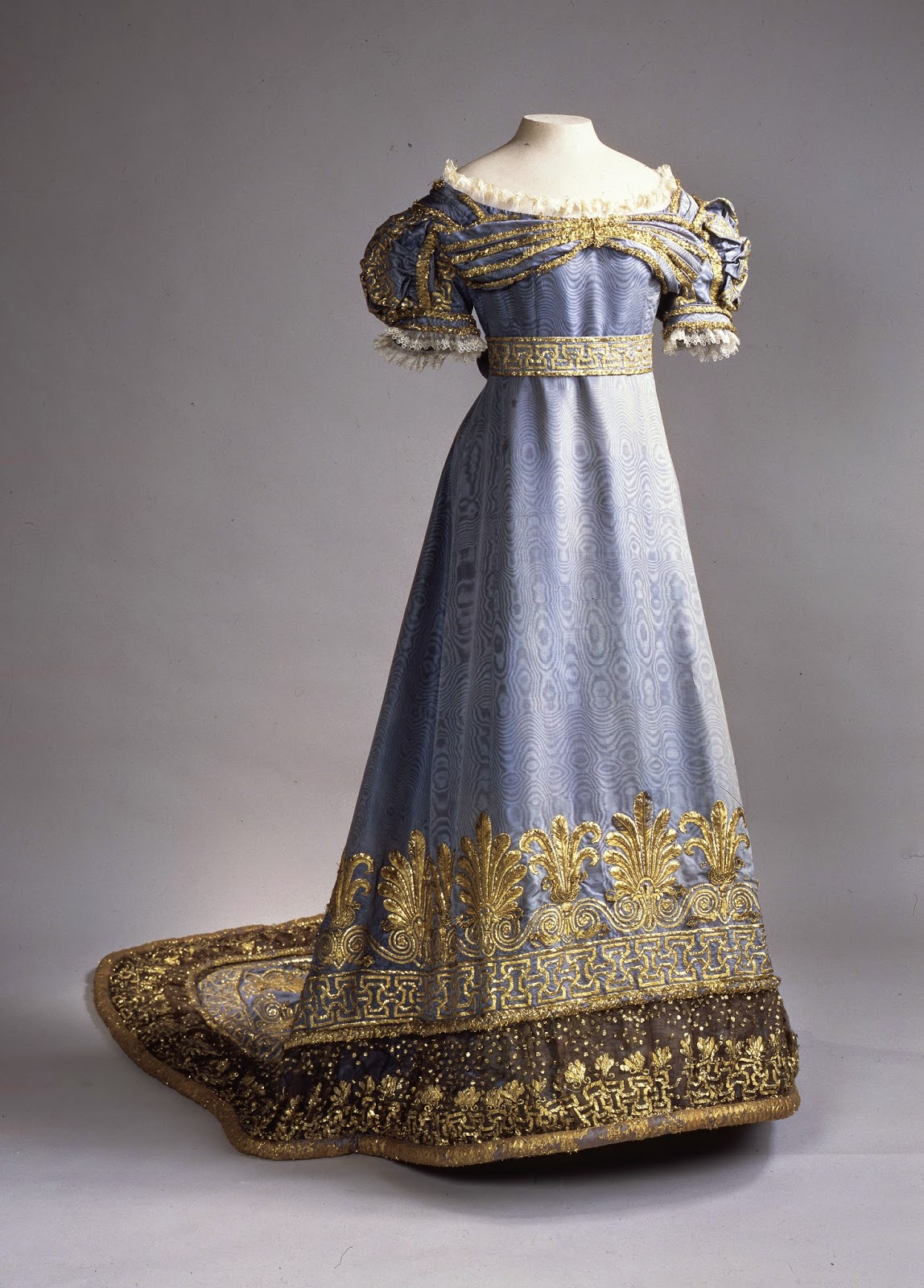 Along with this, the sleeves, which had been cut close to the arm, or existed as vestigial puffs, gained in both elaboration, and in volume.  Sleeves were gathered, pleated, ruched, puffed, stuffed and picked out with contrasting trimmings to compliment the growing focus on the skirt hem. 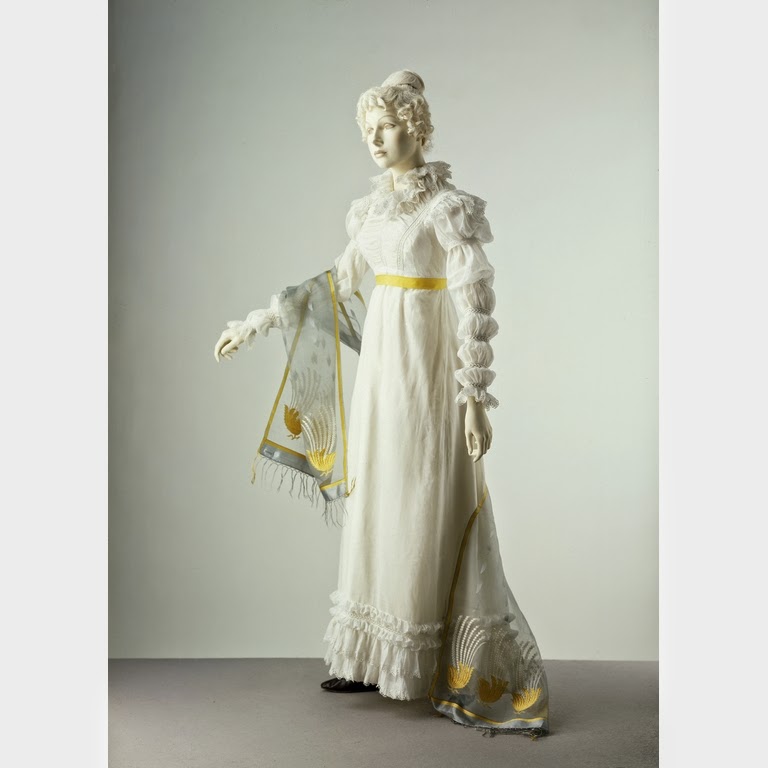 Part of this was simply because after a over a decade the simple shape of the predominant look had been wrung dry of fresh inspirations.  The other reason was there had been enough time elapsed that more obvious displays of wealth and taste were no longer deemed inappropriate.  So, faced with a design idea they had worked to death, the only choice was to push the shape outward, literally. 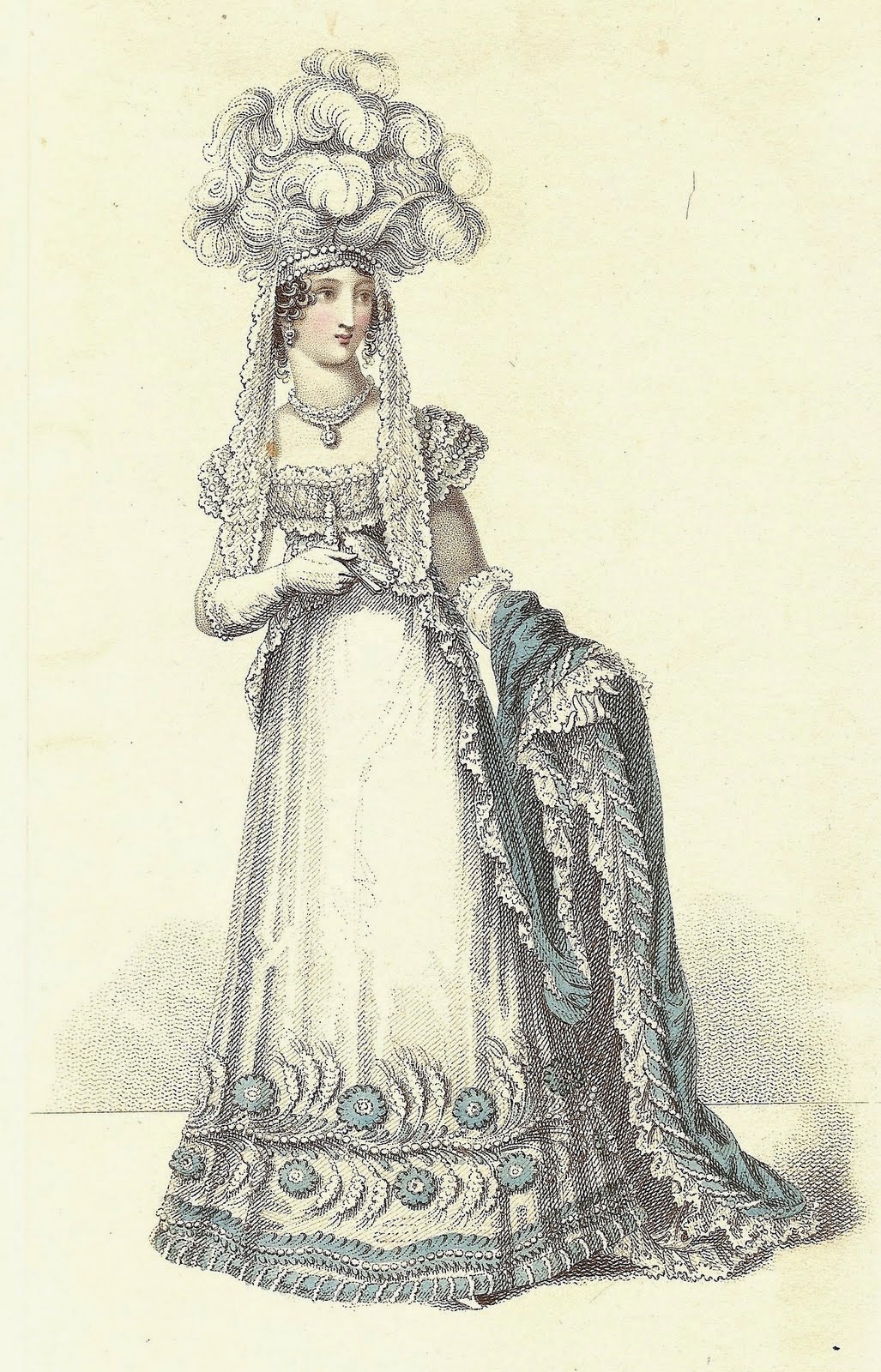 In addition to the shape of the clothing, the hair dress styles would soon become not only more inventive, but without question some of the more outre' hair fashions in history.  Styles of hair bore out-jutting wings and panels, bunches of curls, fountaining sprays and ornaments of every sort. The millinery began to do the same thing, growing in size and elaboration as the decades progressed. 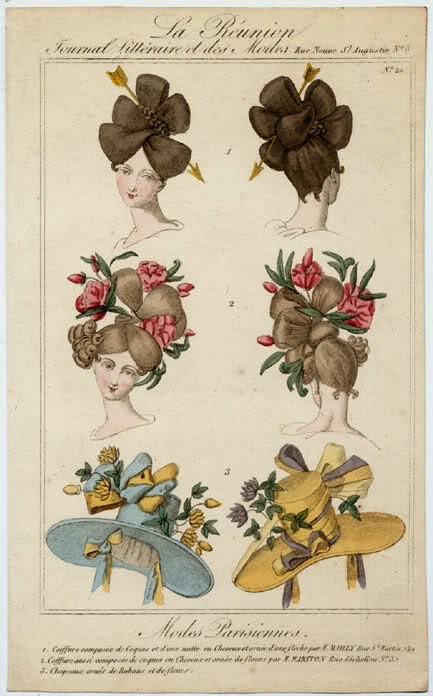 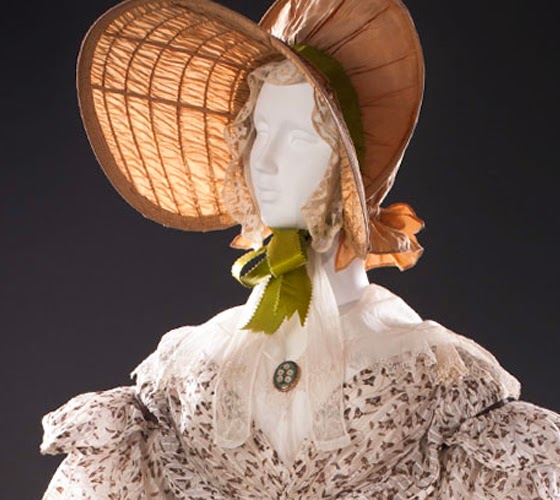 This inflation would continue for over 40 years before technology could no longer support any further increases, but it began here, in the 1820s. Its almost as though, after the frenzied extravagance of the 18th century, we all needed a bit of time to catch our breath before plunging into the fray again.
So, the short time between 1800 and around 1820 was a calm point, soon to be swept aside by our relentless need to express ourselves.