When the couture began in the 1800s the methods for showing clothes to clients were as simple as they were direct.  Models moved within the salon showing the clothes to clients as needed, nothing more. Some showed the clothes as intended by the designer, but Mr Worth, showed all his designs in black only, so the client could then feel free to envision them in whatever colors they wished. 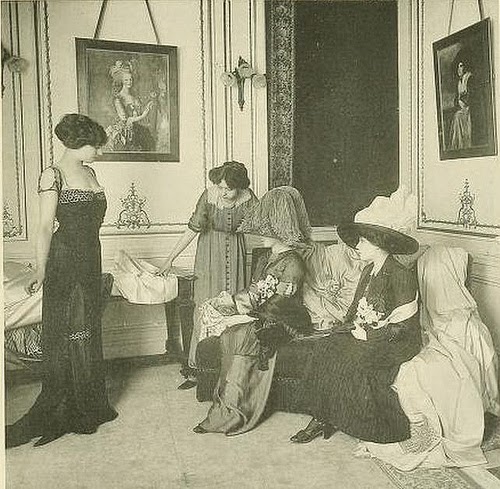 Clients viewing clothes in Worth's Salon
Also, clients came to a fashion house and were shown the clothes on models, whenever they wished to see them. Of course, the notion of a fashion show, where clients and press were invited to a special event when a new collection would be produced, was still a ways off.  In fact, the notion of fully seasonal collections was still unborn.  Though all the couturiers produced clothes for the major seasons, new work as prepared and shown all the time.
The first official fashion shows were staged in department stores, like Ehrlich Brothers, which is credited with the first American fashion show in 1903. The trend quickly spread all over the retailing industry, and soon fashion shows were happening everywhere.  But the couturiers were still showing their clothes privately to clients whenever they wished to see them, rather than staging full fashion shows. 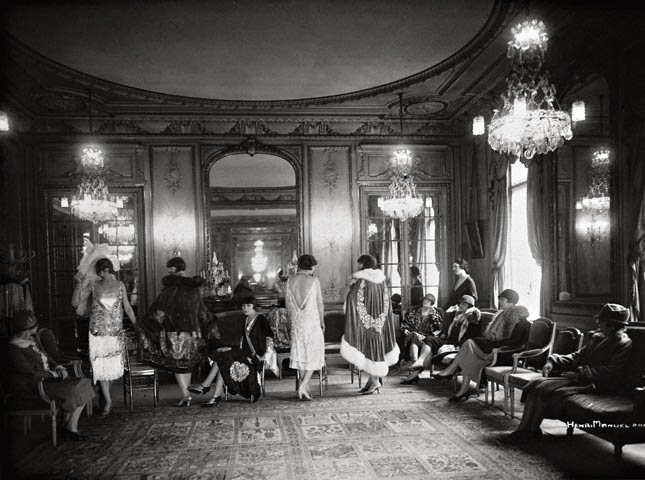 It was probably Paul Poiret who did the first fashion parades, innovator that he was.  He even did early movie footage of his models showing the current offerings of his house.  The clothes were shown fully accessorized, but the accessories were not in any way exaggerated, they were meant to complete a look a client could carry out into the world confidently.  Of course in most cases all those accessories were available at the self same fashion house, should madam wish to purchase them as well. 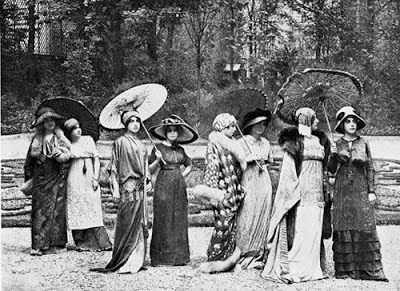 Paul Poiret clothes modeled in the garden at his home in Paris.
It wasn't till the 1960's amid the Youthquake which changed everything about how fashion got done, that special accessories and wild hair fashions that were never intended for real world usage began to appear on runways.  Prior to that time couture fashion models wore their hair simply, they were all wearing the same basic shoe, and were often devoid of jewelry as well.  Such things were thought to be a distraction from the clothes themselves.
As the marketing of accessory items became more and more important to the health and visibility of a couture establishment the number, variety and outlandishness of them increased as well.  Similarly, in the ever more strident and far reaching popular culture, the need to gain the attention of an over stimulated populace encouraged designers to start staging expensive and lavish seasonal shows. 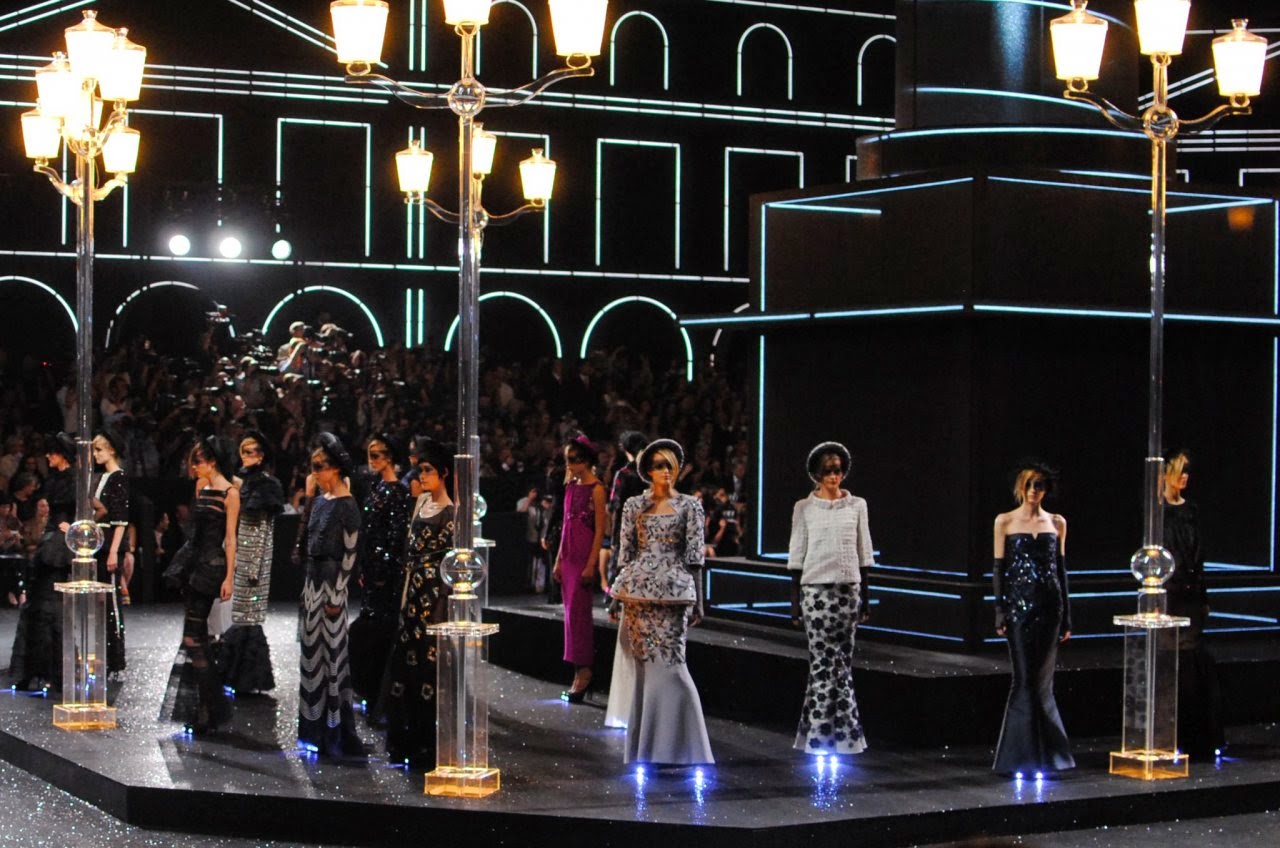 Chanel Fall/Winter 2011 show
This trend has continued to the point where it is far more unusual to see a show that is bare of such things as specialized lighting, set pieces and customized special effects.  And the cost of these amazing shows can soar into the millions.  First is the cost of the clothes themselves which range in price from thousands to hundreds of thousands of dollars each.  Most couture presentations have around 40 to 60 individual looks, each of which must be accessorized.  The models must be paid. There are lighting techs, sound people, set designers, props people and an army of make up, hair and wardrobe folk who make sure the models are perfect, all of whom get a paycheck.  Beyond that is the pre-show advertizing and the inevitable bags of swag to be presented to the patrons, front row bags are very expensive bundles of free stuff, I assure you, but everyone going to a couture show, comes away with a bag full of goodies.  All of it costs money and only increases the need for maximum impact and press for the show. 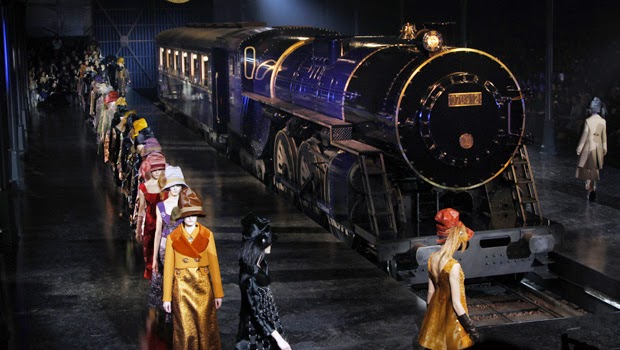 When you understand that a typical Couture fashion show is from 10 to 15 minutes long, this makes these shows the most lavish theatrical productions in the world.  Only the half time show for the Superbowl can boast this level of expenditure.
So why the apparent need to crazy hair, make up and accessories?  Why include unwearable shoes insane hats and headgear that would make a show girl raise an eyebrow?  All to get, and hold our attention. 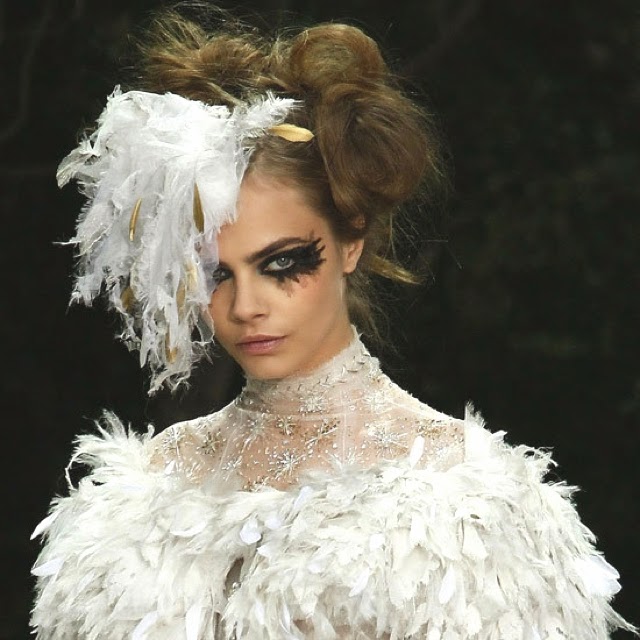 Our world has become one trudging through a miasma or information, of which, to be honest, this blog is a part. In order to gain notice, something big, loud and extraordinary must happen. So, couture is rising to that by not only creating breathtaking spectacles, but by presenting ever more impressively outre' looks for us to get inspired by. 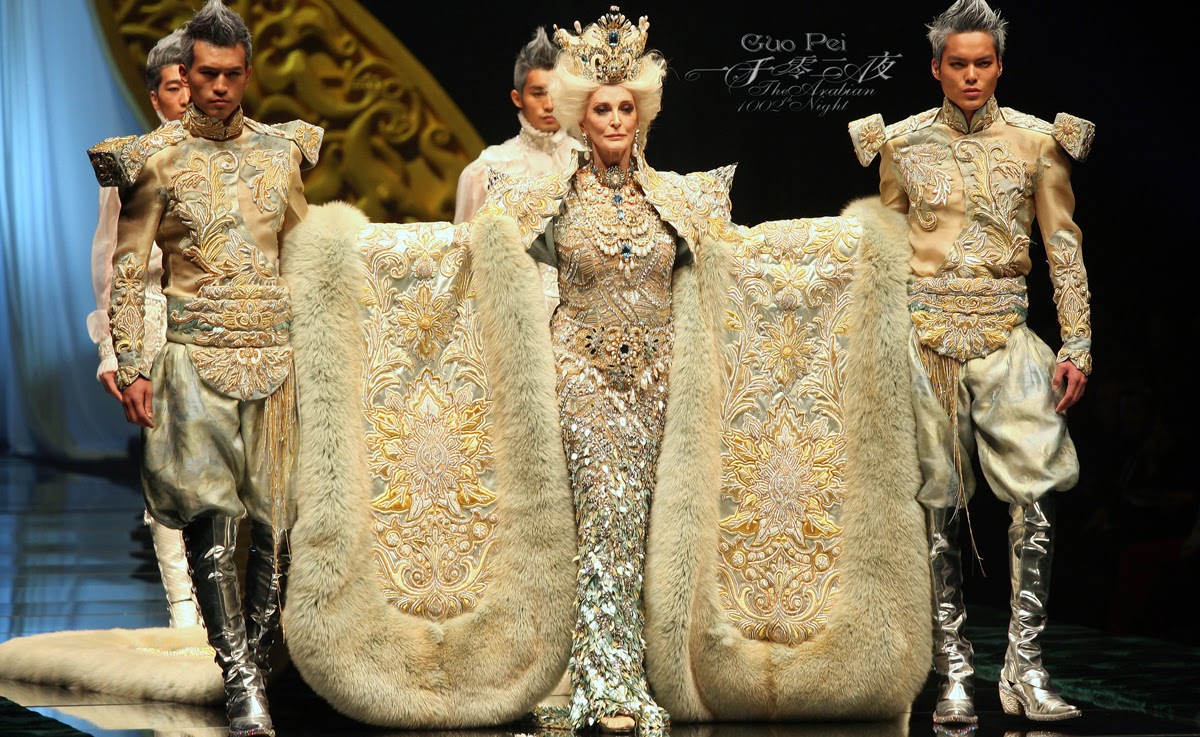 Make no mistake, the couture industry does not survive on the sale of these clothes. Those days are long past.  What makes a couture business truly successful is all the extras. The hats, shoes, belts, bags, scarves, sweaters, wallets, watches and scents are what drive this multi-billion dollar enterprise. 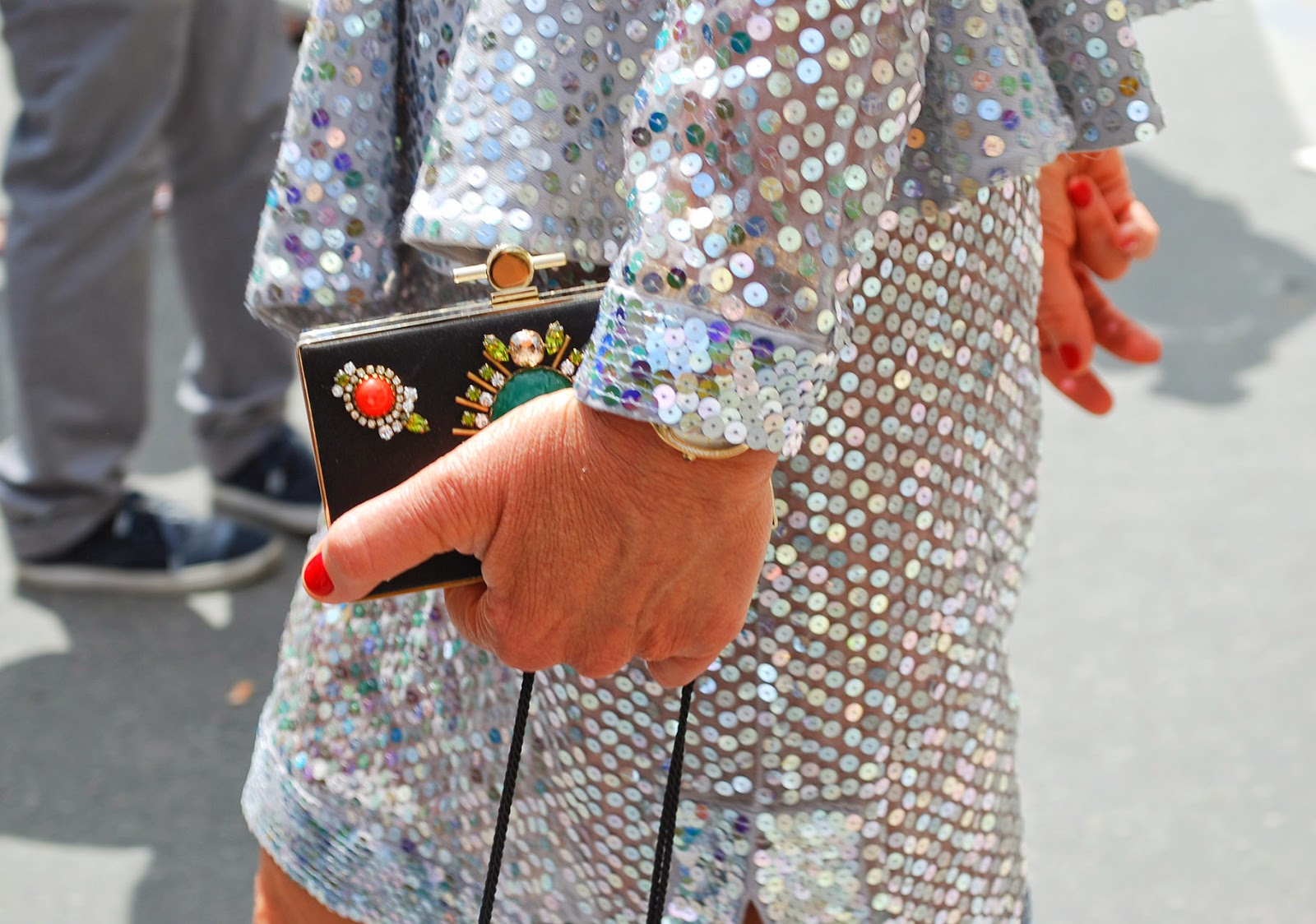