Driving Towards The Blackness

You have all seen me post about the challenges to the menswear traditions that are cropping up all over the place now.  Changes in silhouette, garment type, and functionality, as well as the introduction of textiles previously reserved for women, and types of decorative detail only seen in women's clothing.
But.  There is one area where the challenge is not being met in any significant way, as yet:  coloration.  Certainly all one need do is walk into a men's department, or larger menswear store anywhere, and you will see what I mean; the endless racks, and stacks of clothes that are restricted to black, gray, and navy blue that stretch into the distance. 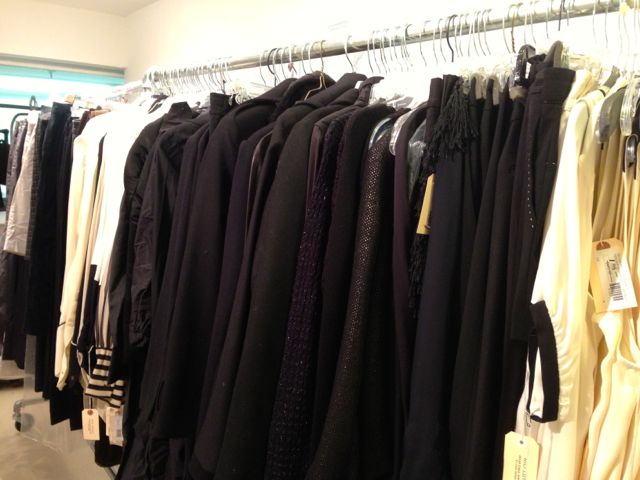 With few exceptions, the items that men are presented that are allowed to be colorful, are shirts, and accessories like ties, and socks.  Colorful shoes are hard to find that are not sport shoes. Outerwear, trousers, and suits are not made for men, outside of the most rarefied of environs, in anything other than the traditionally narrow palette.
Even in my own internet search for images that intrigue, and present something worthy of discussion, less than 10 percent of what I find in the menswear category shows anything outside of what I describe.  It's almost relentlessly black. 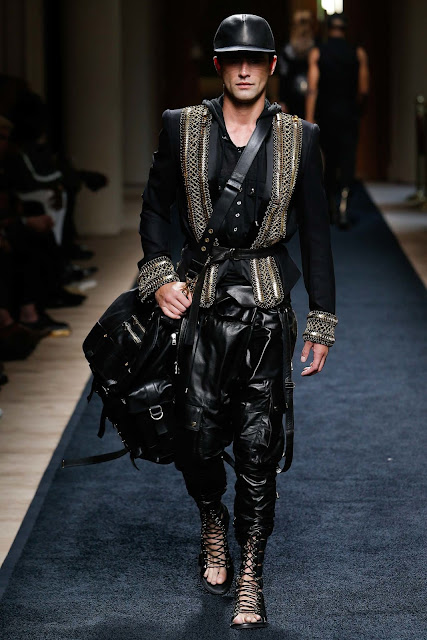 What is it that is going on here?  Why is it that color is banished from the larger part of men's clothing?  What does that mean about how we view men, and how men view themselves?
I believe that part of it is simply the force of tradition.  After the beginning of the 19th century, when color and extravagant pattern faded out of common usage for men, we began to equate, both socially, and psychologically, a sober color palette with responsibility, power, and a willingness to take an active part in a democratic society.  The presence of colors outside of the narrow range permitted, became associated with effete behaviors, and suspect morals.  It is the one place where we have made few inroads to change.  Men still harbor these sorts of feelings, and the society in which we live still actively supports them.  That support manifests in ways both obvious and subtle. The obvious being that bright hued clothing simply isn't made very much.  But the more subtle evidence is in the media, in how men are clothed in advertising, film, television, and live performance, like music. Think of any red carpet event outside of the VMAs and its nothing but black and white, with very little variation within that. 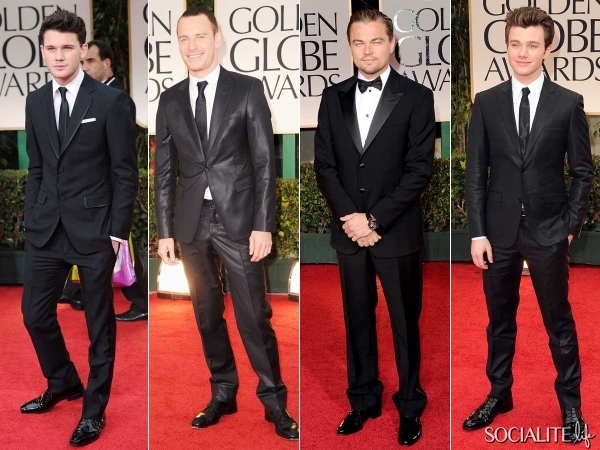 In my posting here, and on facebook, it has been common that, when I'm presenting a menswear image that is anything outside of the normative, when the color is outre' to the eye, it gets a resounding, and loud negative response from my readers.  Even when posting say, a very traditionally cut suit that happens to be in a brilliant tone of color, the response, though it might be positive, comes with the caveat that hardly anyone would be able to carry it off.  Why?  What makes color so frightening? And why are us fellas, who are expected to be completely comfortable with mortal combat, unable to combat this psychological/societal issue?  Because of one huge glaring issue we still have not faced down. 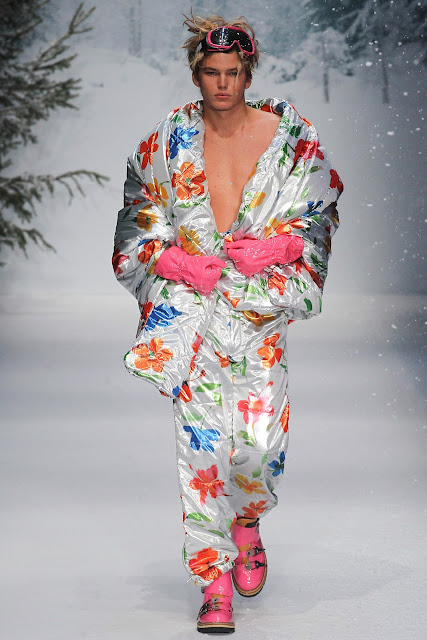 In Western culture, to be defined as a man, and masculine, means that there can be no hint of same sex leanings, not a scintilla.  The huge majority of men out there, and I include a lot of my gay brothers in this, cannot allow themselves any whiff of anything that might challenge their preconceptions about their masculinity.  And much more importantly, nothing about their clothing can permit a casual viewer to raise an eyebrow about them as men.

A huge percentage of menswear is designed with cues that connect them to the ritualized violence of organized sports, and the ritualized violence of war.  This is particularly true in the sportswear category, which comprises the greater part of men's clothing in production.  Military uniform and sporting gear are referenced consistently, as well as biker gear.  All these support the machismo that men cling too still, even when they don't think that they do.  I know the feeling my own self. Do I feel more "male", more masculine, dressed in my jeans, and work boots, and flannel shirt?  Yup, I admit that I do; though I find myself sometimes bristling internally that I still have that response. 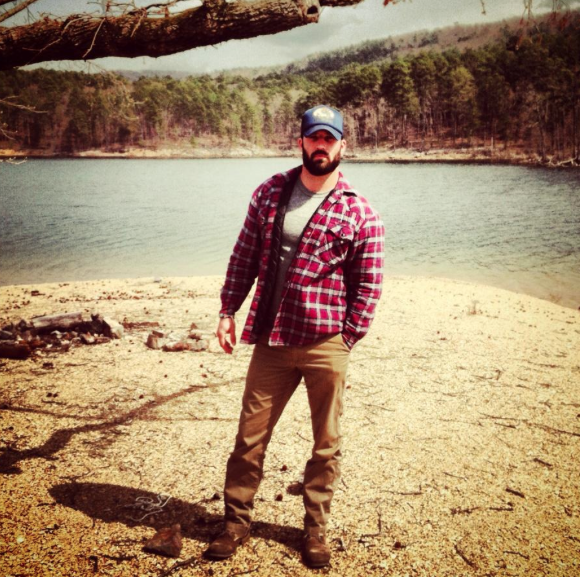 So this is a pattern of behavior so deep seated, and tightly held, that its going to take a long time of consistent battering to get it to break apart; so that other generations of men can not only feel free to express who they are with color and pattern, more than they do now, but they will also be free to express who they are in more substantive ways, that do not involve aggression and conflict.  Perhaps this is a harbinger of the societal change to come. As men leave off old patterns that required them to constantly move for greater dominance within their group, they very well may leave off the trappings that go with that.
Till that day, we will have to deal with oceans of blandly dark, anonymous hues.
Posted by Paul G. Ellis at 6:40 AM