For designer Rami Kadi, bugs have always been an irrationally feared set of living things.  It may seem odd to bring that up in this setting, talking as I do about the Attire language, but it is relevant.  You see, Mr Kadi decided to confront his fears in 2015, by lifting the image of his fear out of his subconscious, and placing it onto his clothing. He took himself through a process of release from their unnamed sway over him, by transforming them into something other, something beautiful.  He diminished their power.  He made them his servants, in the pursuit of the lovely.  Its a strong position to take. 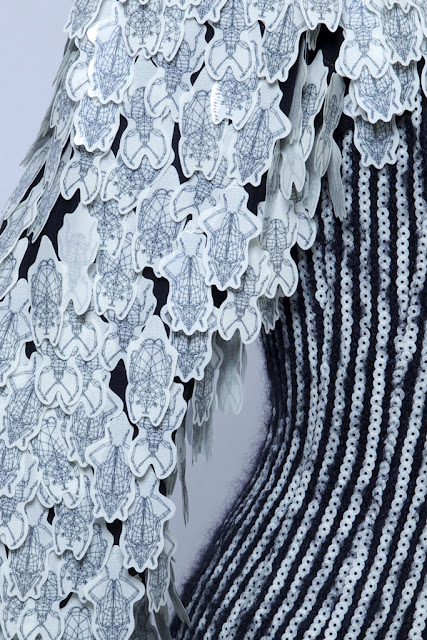 What makes this so impactful, is that it gives the resulting work a resonance it would otherwise not possess.  This is particularly true because, based on his own fears of not seeing insects when it is dark, he made them black light reactive.  Every design appears black and white under normal lighting, but in a black light environment, the insects glow intensely green. 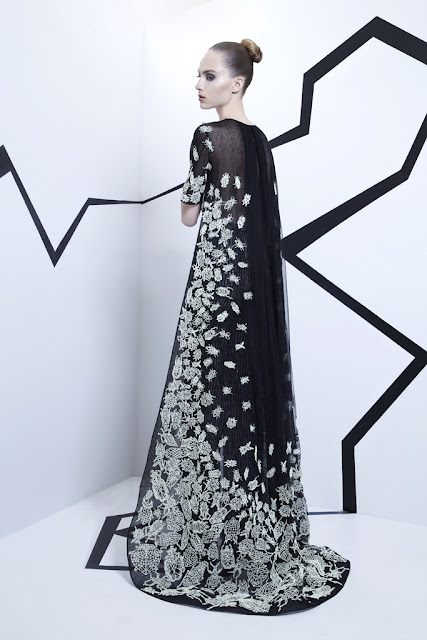 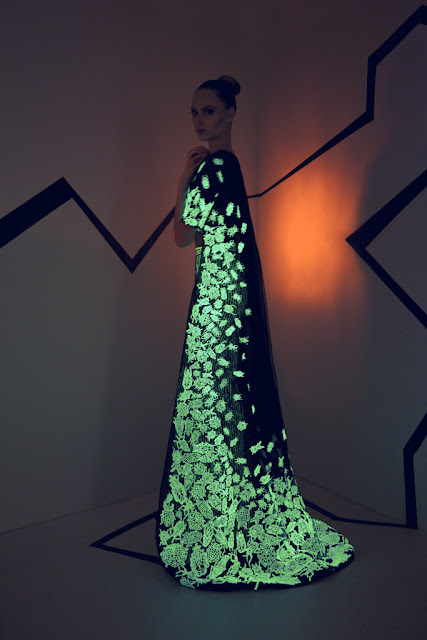 As well, by rendering the images of the insects in a flattened, line drawing way, they become a graphic design, and divorced from a good deal of their potential to disturb. 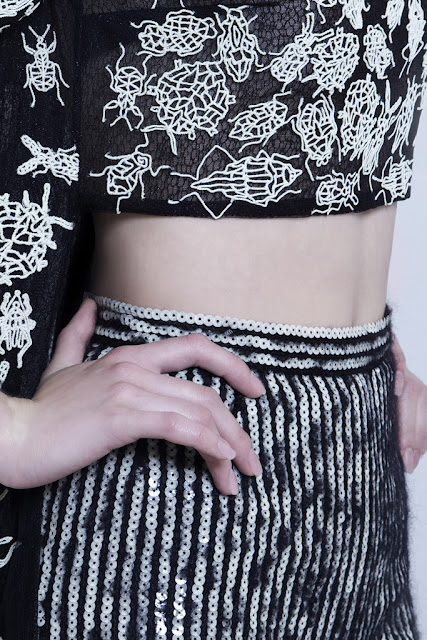 The Attire language gives us some unique opportunities, not only for communication, but for personal growth and advancement.  By embracing fears, facing them down, we triumph over them. This concept is nothing new, we hear it all the time.  They are put in the place they belong in our psyches.  It's much like a man doing drag for the first time makes him face certain parts of his personality he may not be aware of.
Fear manifests for us in an Attire sense all the time.  "I cannot wear such and such a color, shape, cut, pattern."  Really?  Is it really wrong for us? Or have we stayed away from it because others said so?  Its a tiny fear, but these small things add up, until we are ruled by them constantly.
An exercise to try would be to go out shopping and try on things not normally picked.  Pull colors and styles that are suspect.  The transformation that occurs when we allow ourselves to move outside the narrower confines of the expected can be vast, revelatory, and freeing. 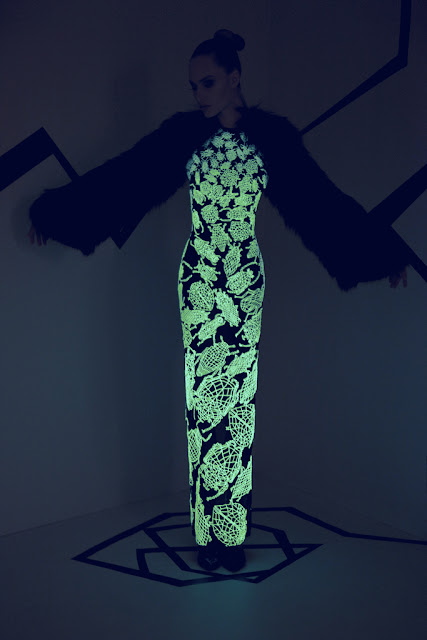 Take the power back from your own fear.
Posted by Paul G. Ellis at 7:13 AM