Call Of The New

We are such a curious species.  One part of us loathes anything new and untried, because it makes us fearful that the change will end up being a bad thing, even when the existing things aren't that great.  Another aspect of us desires the unknown passionately.  Our innate curiosity about the world, and about how everything in it works, makes us continually try to re-configure the existing reality into another form.
Enter the Avant Garde.  Yes, I know I've written about this before.  It is such a powerful force in design, art, and Attire that it needs to be regularly revisited.  And going back to it is important because no area of the Attire language shifts more rapidly, or as far. 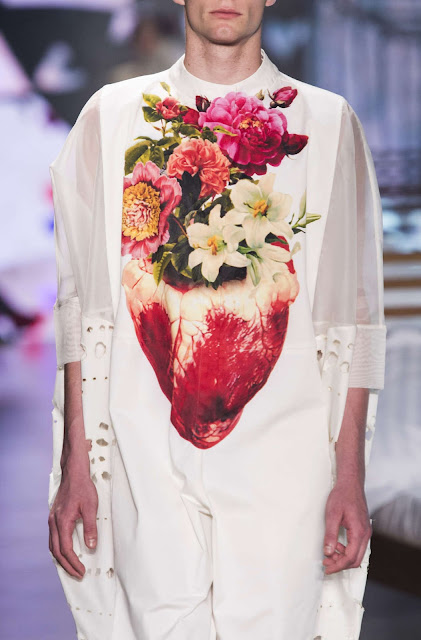 The Avant Garde in menswear is pushing outwards in ways that women's wear is not.  Partially because all the basic concepts of Attire, the simplest forms of apparel words, are already available to women to wear, whereas men have been, by their own patriarchy, constrained to avoid certain kinds of garments. fabrications, colors, and textures, for fear of being unfortunately labeled by society.
Now that attitudes about sexuality, and indeed about the nature of maleness are being examined more closely, we are seeing these restrictions develop weaknesses.  The design community, and in especial those proficients who create clothing at the outer edges of wearability and reason, are presenting clothing options that challenge masculine ideals, resist traditional forms, and open up options for greater freedom of expression. 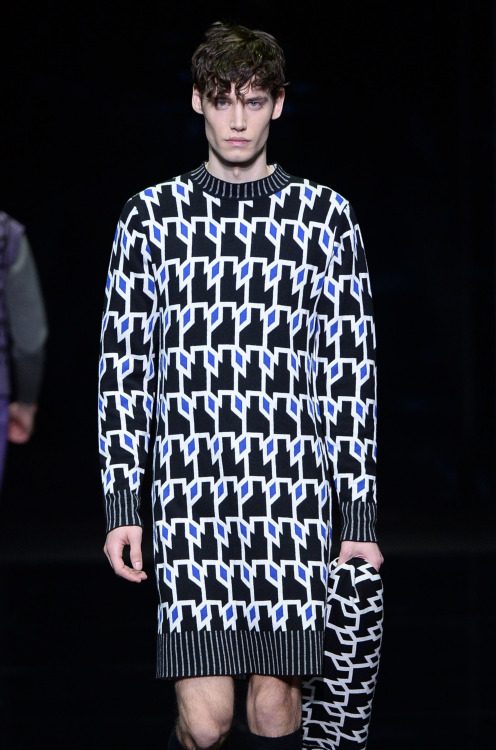 Some designers respond to the Avant Garde by creating clothing that is hyper masculine, making a cartoon of the tropes of traditional male attire.  Some are exploring the darker aspects of human sexuality, and placing these oft unmentioned fantasies out there for us to face full on.  Others still are dipping deeply into the closets of the women around them, and adapting items that have been outside of their dress vocabulary before.  And even others are creating wacky worlds of glaring color and childlike silliness to combat the relentless parade of sameness that plagues men's clothing. 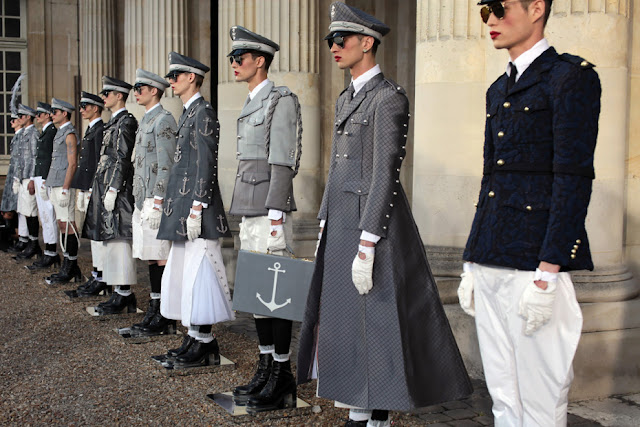 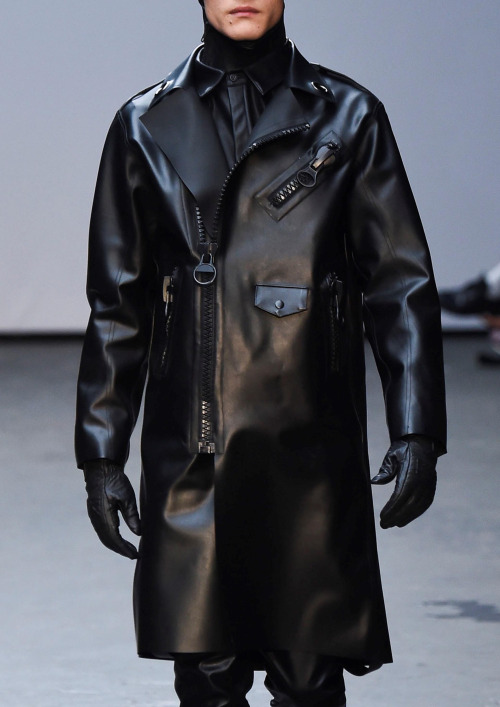 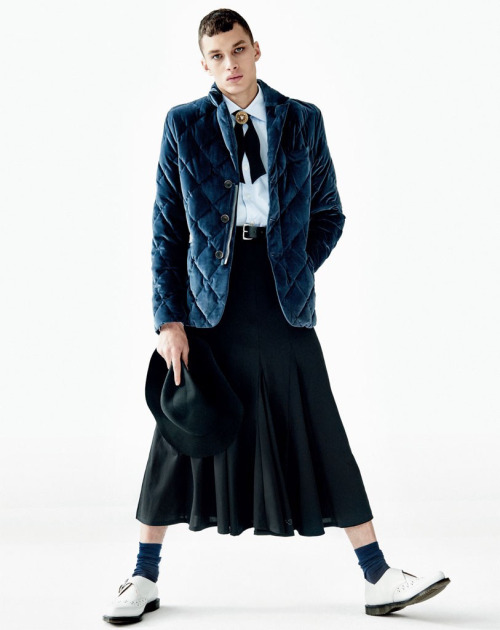 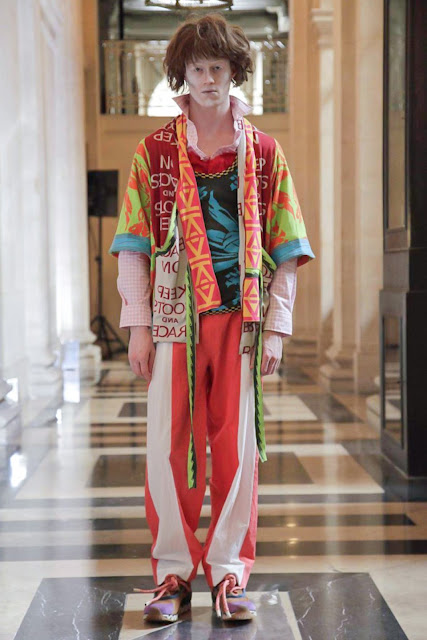 So all these folks are tweaking reality, in their own ways.  As our society continues to change, as it always has and will, more of these shifts with come.  And as we become accustomed to the ideas shown by these visionaries, they will fall out of the realm of the Avant Garde, and land somewhere within the daily spoken lexicon of the Attire language.  It is a natural result of the association with the new that it becomes, in time, the commonplace.  The reaction that a mohawk wearing punk got in society 20 years ago is quite different to the reaction they would get now.  As well, the concept of a skirt wearing fella, while still edgy today, will become a standard, and easily understood part of the Western culture dialect of Attire. 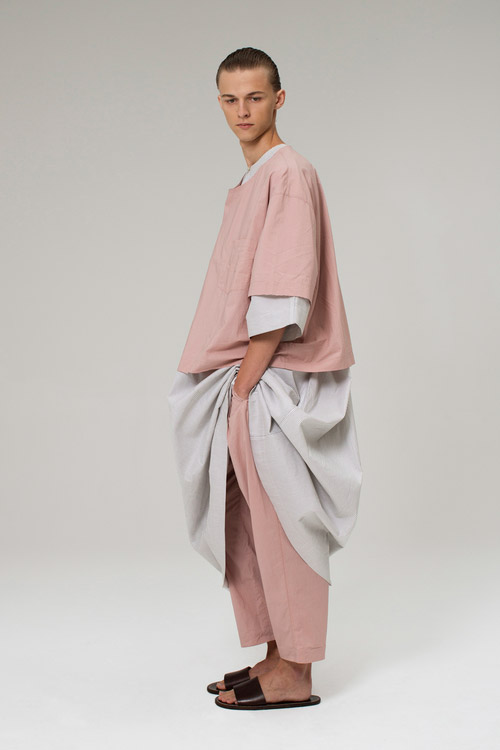 Barring some serious reactionary fall back, our society will continue to expand on these themes and changes, bringing greater visual expression to the part of our culture that has been confined by their own devices for so long.
Posted by Paul G. Ellis at 7:44 AM