I've written before that men's clothing survives from ages past far less often than women's clothing.  This is especially true as we get back past 400 years of time.  This gentleman's doublet is from 1600, and probably of either French or Italian making. 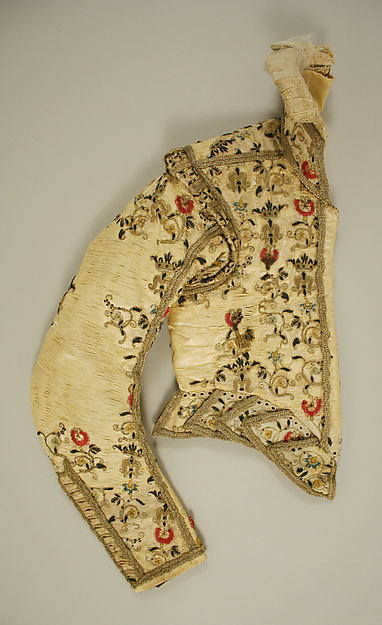 The first thing of note is that, by the end of the 1500's, the perceived waistline was on the rise.  By 1620 it would reach the highest point it would get to before beginning its descent to the natural point again around 1650.  The second notable feature here is the cut of the sleeve.  Not only is the sleeve cut high, and tight, forcing the wearer to throw the chest out and stand more erect, but the sleeve is deliberately cut to mimic the arm's natural curve when bent upwards.  This was a common fashion for both sexes, and it persisted into the 1700s. 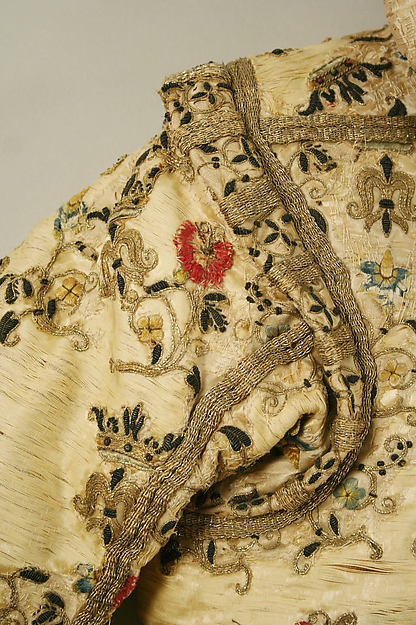 The doublet is made of plain white silk, or what passed for white before the discovery of bleach allowed textiles to be completely white. It is extensively embroidered with both silk floss, and gold wrapped thread in a pattern of flowers, and vines.  Every seam line and connection point it outlined with braid.  The narrow sleeve wings, and the tabs at the doublet's hemline are also outlined with the same metallic braid.  The embroidery was done, as was true for all embellished clothes, while the fabric was as yet uncut.  This accounts for abrupt way the embroidery ends at the seam lines.  In order that the doublet fit properly, the pattern pieces would commonly lose some of the work that had been done when cutting occurred. 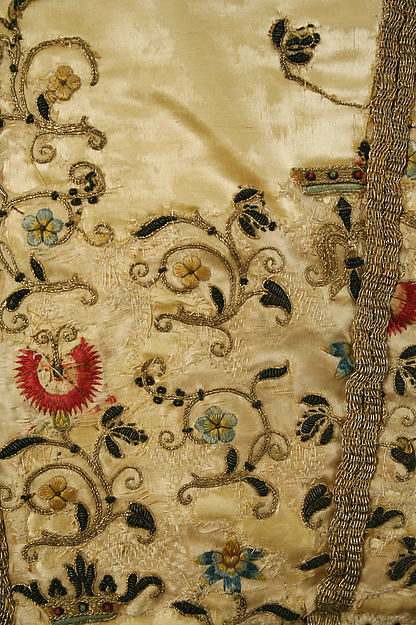 Along the waistline at the top of each tab you can see hand worked round button holes. They were used to pass ribbons through to tie the doublet to the breeches.  Typically breeches would have ribbon ties with metal points on them called aiglets attached all around the waist for this purpose. 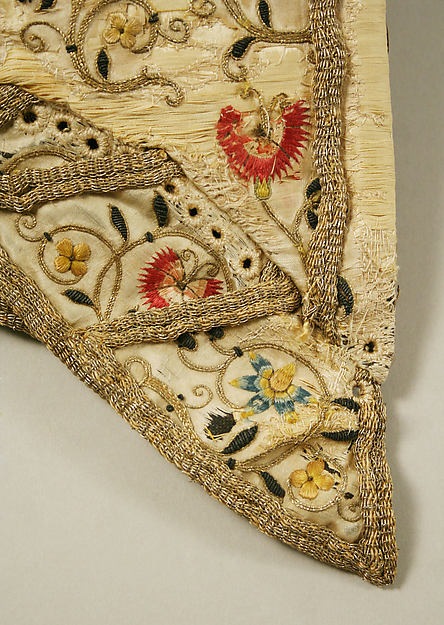 The standing collar is a transitional aspect of the design.  We are coming away from the age of the ruff collar, and the soon the collar style will be what was referred to in some places as falling bands. They were flat collars that lay over the shoulders.  But for now, the collar is still high, and quite tight; though in this case there is a knife pleated frill that supports a gauze layer over it, in place of the separate ruff. 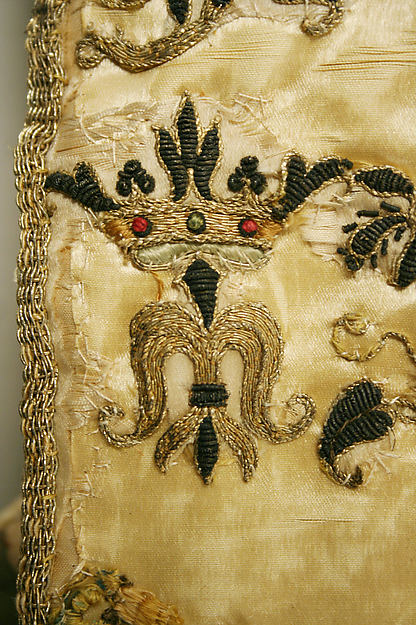 This is without question a garment meant for a person of great wealth, and probably titled rank. Within the embroidery are included crowns, which would not have been allowable for a person not of the nobility.  As well, this is a doublet that would have been intended for very formal functions considering its level of elaboration, and the materials used.  Wearing this, a man would feel assured of his station, and powers. 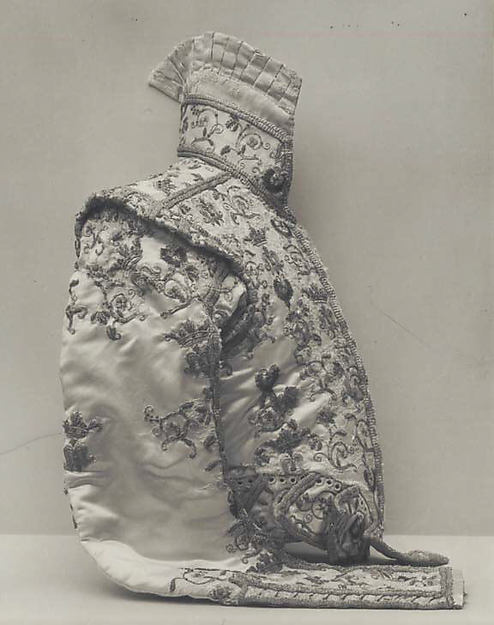 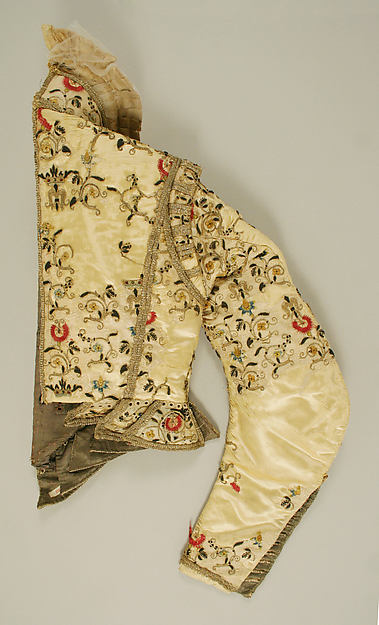 We are lucky it survives to tell it's story to us.
Posted by Paul G. Ellis at 6:08 AM