I've lost track of how often I've mentioned the need we have to transform ourselves.  In particular how we feel a need to take onto us some of the characteristics of the natural world, most commonly its animals, in order to symbolically gain their attributes.  What I've never talked about before is that this same process moves outward from us as well as moves inward toward us.  Our understanding and use of Attire as a semiotic tongue is far from confined to the limits of our own bodies. 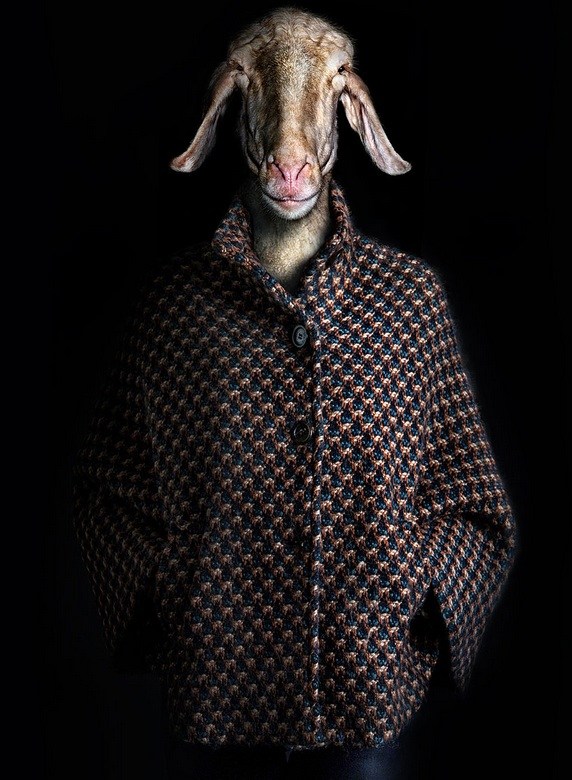 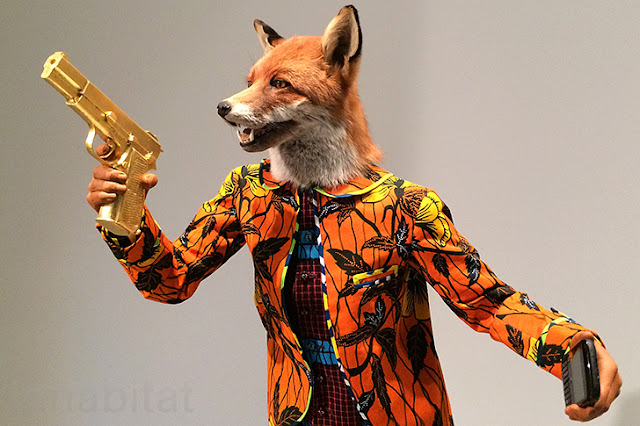 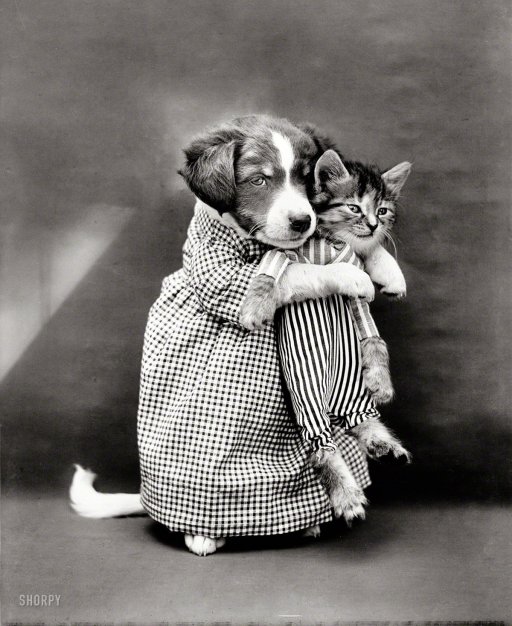 We are not content to allow the natural world to remain alien to us. Again, with respect to the animal kingdom, we seem drawn to the idea that we must clothe them, sometimes literally, in our own aspect.  We have drawn, painted, and sometimes sculpted animals of all sorts, wearing fully realized human apparel, often of a historical sort.  And quite often too, they are shown engaged in activities that they would not, and could not pursue.  The infamous dogs playing poker painting comes to mind.  Are we trying to express in a different way our personal connection to the animal kingdom, since we are a part of it?  Are we acknowledging on some level that we remain beasts ourselves, behind the gloss of civilization we adopt? 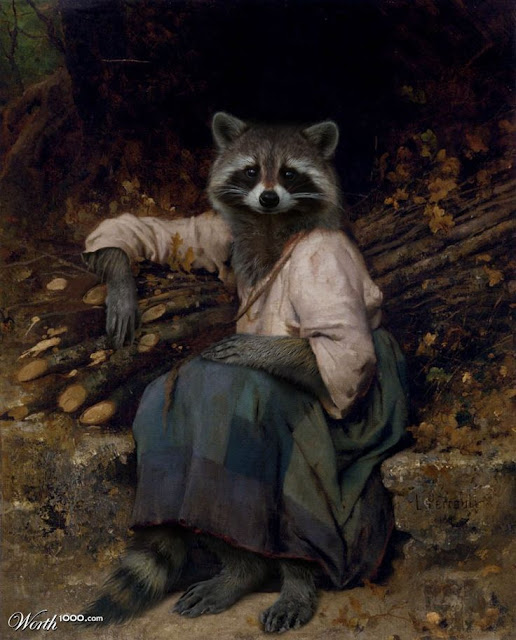 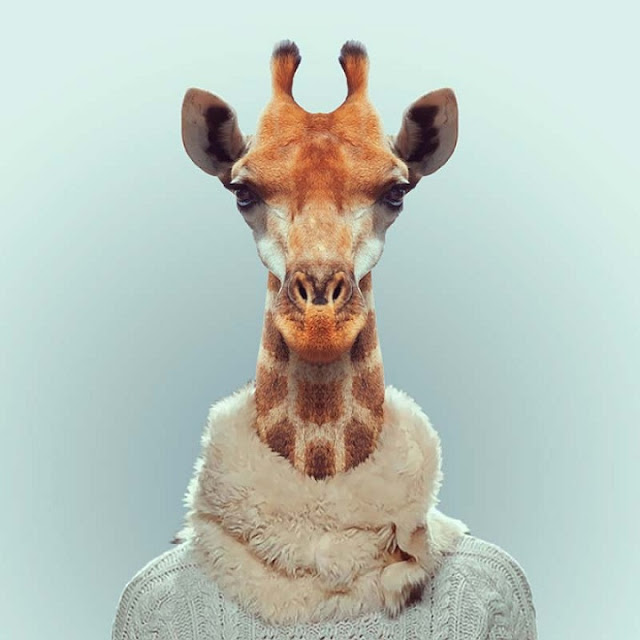 What I find fascinating in the context of the Attire language is that we use clothing to do these things, to create these connections between ourselves, and the other mobile creatures of this world.
We often send these ideas outward from us in a real time physical way when we are pet owners.  When we dress up our dog, or put a bow around the neck of the cat we are claiming ownership more visibly.  We also both elevate them, and demean them in so doing.  We elevate them to a status closer to human, by tricking them out in apparel words we know.  Their lack of choice in the matter is, however possibly diminishing to them. 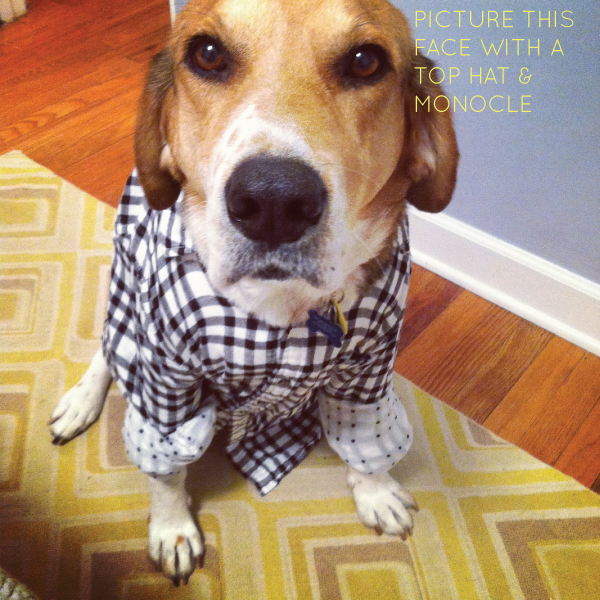 We are trying to create a greater understanding of them, by making them more like us.  We are anthropomorphizing them in a visible way.  The more an animal is relatable in a visual sense, the more we feel connected, and comfortable.  And such things can also be an adjunct to our display of personal wealth, when we accoutre our pets in expensive clothes and accessories that they do not need at all. 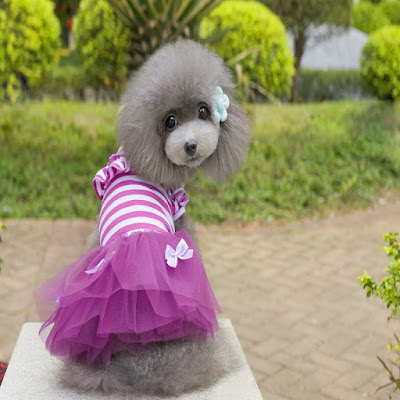 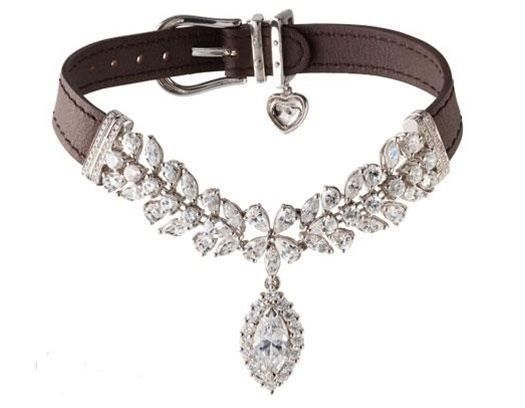 Of course most pet owners do not do such things, yet the desire to layer on a simulacrum of humanity persists. We seem obsessed with the notion of everything in the world being related back to us, our humanocentric view, if I may.
Finally, by creating images of animals that behave and dress as we do, we gain in our minds a modicum of control over them, or at least we think we do.  So Attire does not just clothe us, and express thoughts for humans to exchange between themselves, it clothes by extension, the remainder of the motive world, so that we can better understand it, and how it relates to us.
Posted by Paul G. Ellis at 6:28 AM