Though the idea of an image that delineates fashionable attire far predates the 1700s, it was not until that century that fashion imagery began to emerge as a consistent, and important way of presenting Attire changes to the world.  Naturally, at the time, such imagery was available only to those with significant financial means.  What happened in the 1700s, with the ever increasing use of the printing press, and the emergence of the daily newspaper, and regular publication magazines, was that images of fashion could be disseminated to a much broader audience. 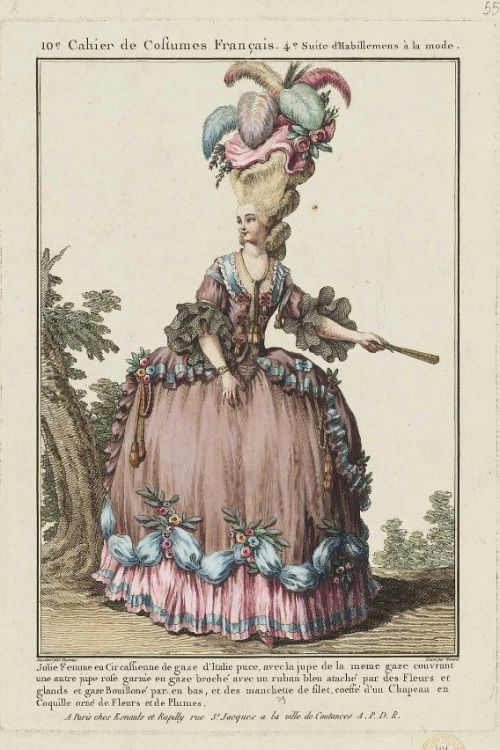 What happened then was as interesting as it was unique. 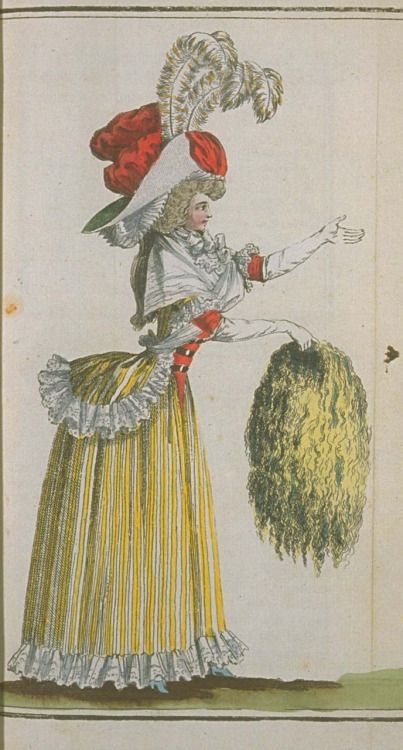 The first fashion images, wood cuts, or steel plate engravings, gave no thought whatever to utility, or to social conformity.  They were, at first, simply fantastical images of idealized female and male glory, through apparel.  They were meant to convey the apex of style to which others could aspire.  That, at least, remains unchanged, though the images are now digital, not laboriously crafted by hand.  And they were aimed entirely at the top of the market, those who had both the leisure, and the coin, to do whatever came into their heads. 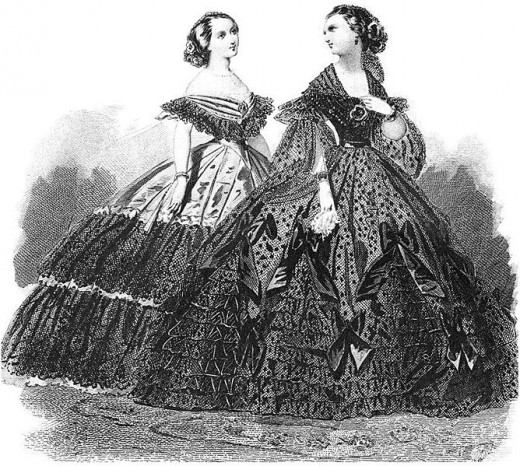 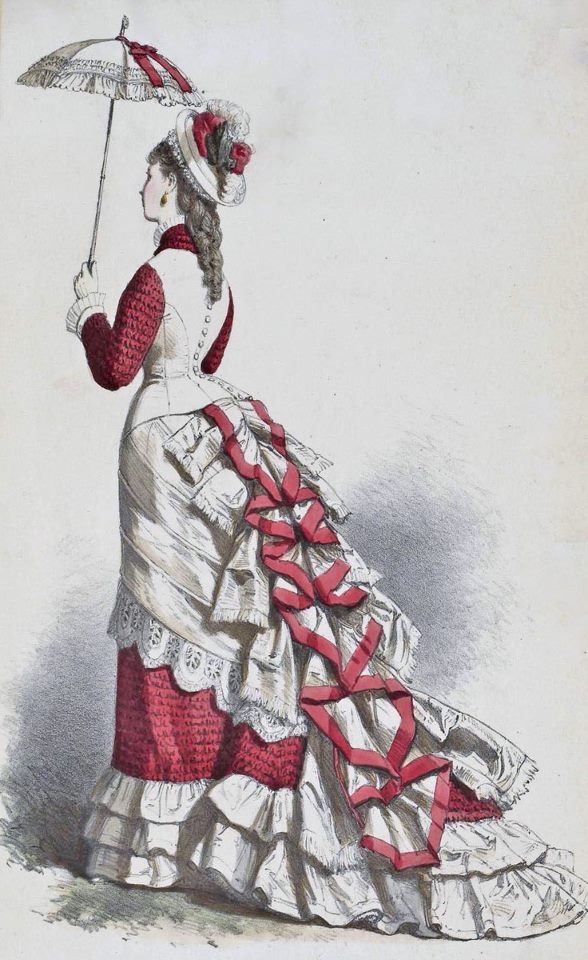 I should veer off a moment to explain the notion of a fashion plate.  The idea comes from there needing to be a printing plate from which the image could be reproduced.  The wood block, or the steel engraving plate would be created by a skilled artisan, taking many hours of time, so magazines and newspapers could only afford to have a few.  Over time the idea of a fashion plate by definition, has come to include persons who are so au courant with the prevailing mode that they are virtually printed images of style, brought to life.  So at the end it means both a printed, reproduced image, and a real live person who embodies the current style. 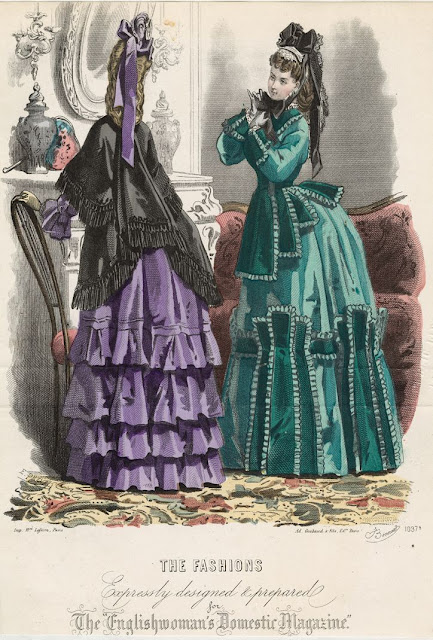 The revolutions that occurred shortly before and after the flip of the centuries from 17 to 18 made sure something else happened with regard to fashion imagery.  It acquired a sense of rectitude, based on an increased sense of republicanism and order, and it promoted, albeit subtextually, a role as arbiter of not only style, but of comportment and morals.  This same idea continues today, though we might decry some of the abandoned and dissolute morality that expresses in style imagery now. 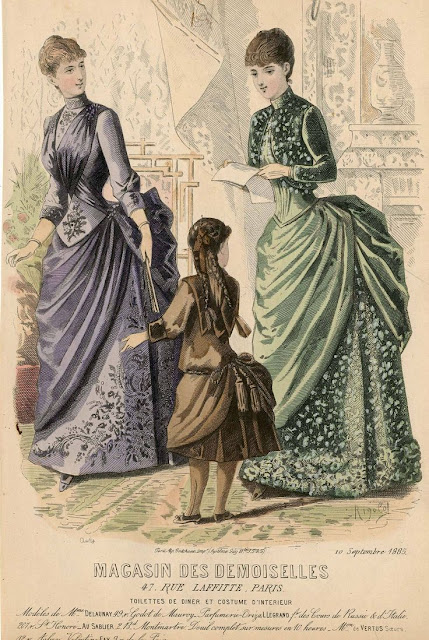 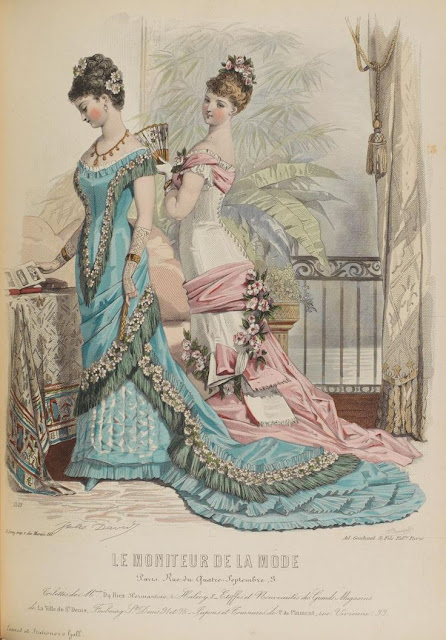 During the 1800s, however, the role, in especial of women in fashion imagery, was constrained to an extremely narrow range of ideas.  Motherhood, friendship, beauty at the service of men, fragility, piety and meekness.  Whatever pictures you discover of the 1800s that are fashion images, they are a kind of desperately subtle propaganda. It was the aim of the myriad of ladies periodicals to keep everyone abreast of not only what to wear, but how to behave.  The several meticulously rendered plates in something like the the Godey's Ladies Book, showed women all in correct dress, acting correctly. 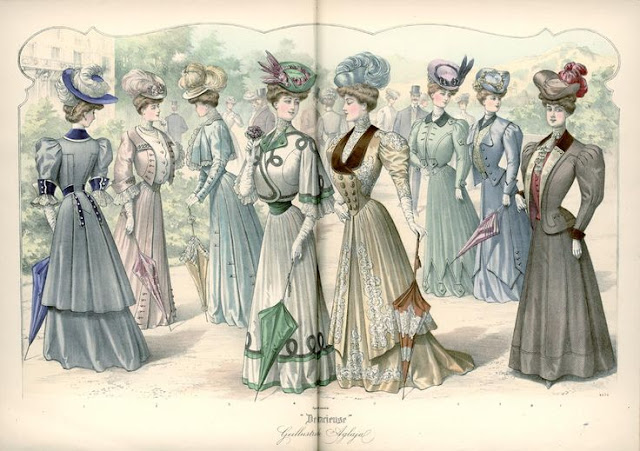 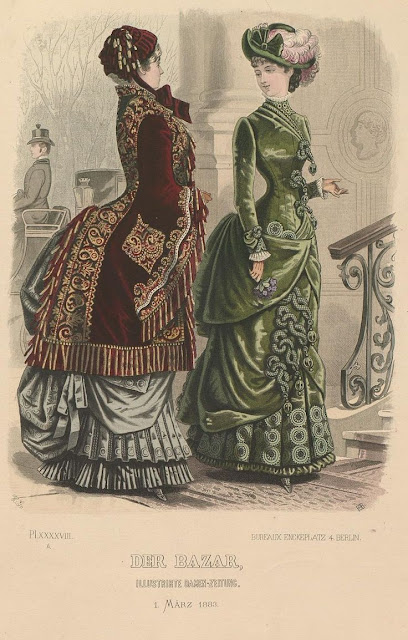 I focus on women's fashion imagery here because men's fashion images routinely displayed men not interacting in any way at all.  If more than one man was in the image, they rarely had little relation to the other figures, and could be entire strangers.  I suspect this was as much in service of how men were expected to behave, as the women's pictures were.  Women, when grouped together, were always arrayed as though they understood and knew each other, that they had a relation outside of the image presented. 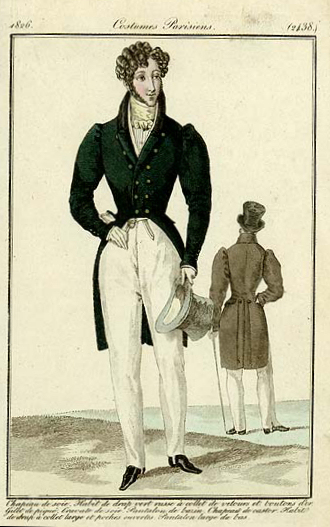 What I find intriguing here is that this same practice of moving the morals and ideals of behavior forward, along with the clothing, has continued right up to today. Our most contemporary style imagery often gives us just as many cues about what is expected, as these staid looking engravings. 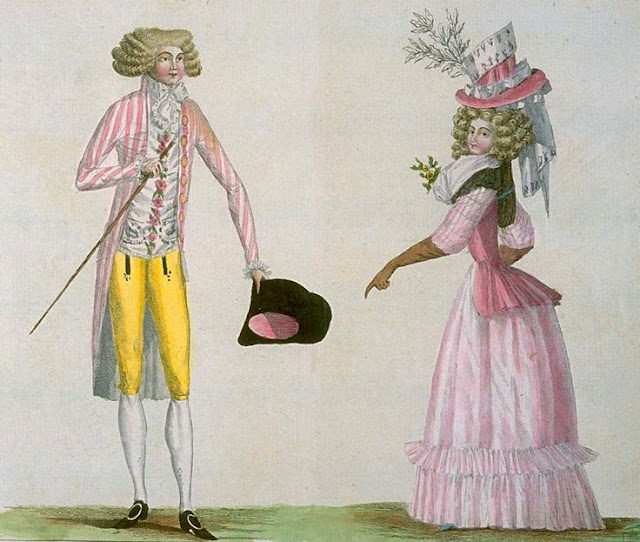 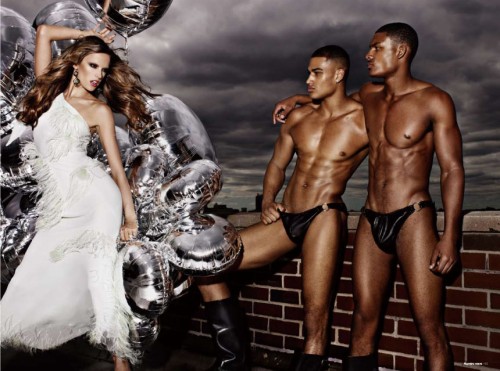 Have we come very far?  In some ways we have. Certainly we are a good deal more free about sex, and about the reality of women's equality in the world.  Yet we still look to these images to give us clues about how to be.  What is interesting is that those images veer further and further from achievable reality all the time.