It has been interesting to me to track the rise of the man skirt.  For decades avant garde designers tried with no success whatever to forward the idea of skirts for men.  This was largely due to their utterly misreading how to go about it, along with the culture simply not being ready for it.  Social changes with regard to sexual identification, and a loosening of attitudes about gender roles have opened the door for man skirts to start making an appearance.
First, it was with kilt wearing fellas, like myself, who, through companies like Utilikilts braved the streets and broke a few barriers.  Then designers all over started showing kilted looks, and now, full on skirted looks that take every variation of well known women's skirts and re-imagine them have been hitting runways. 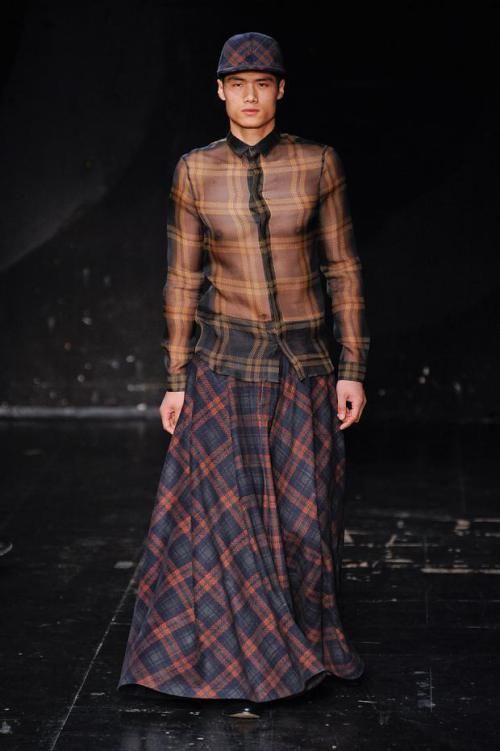 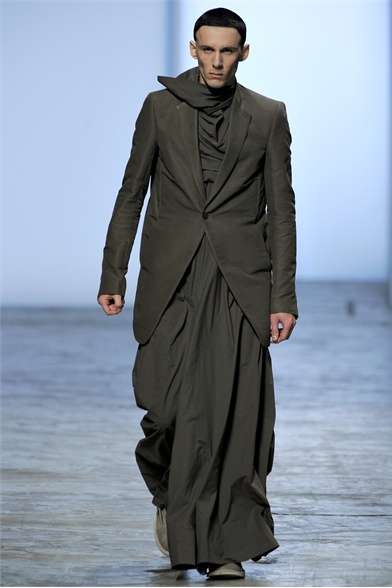 Are they making real world inroads yet?  Well, I can tell you that in San Francisco, I do see men in skirts now and again, and they might get a raised eyebrow depending on the neighborhood they are in, but not much else of note.  So in more progressive areas like here, they are showing up, and the fact that designers continue to present them with greater frequency means that they aren't going away any time soon. 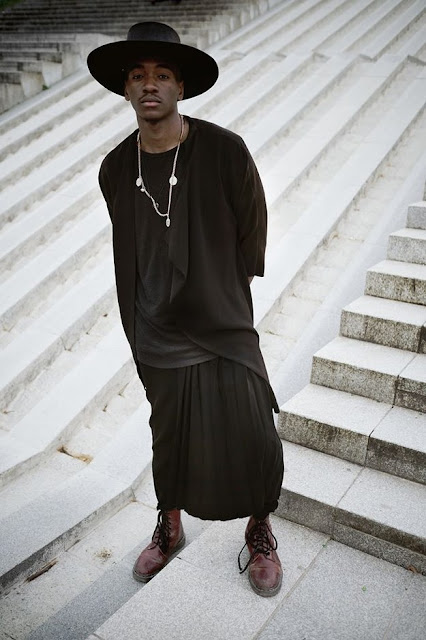 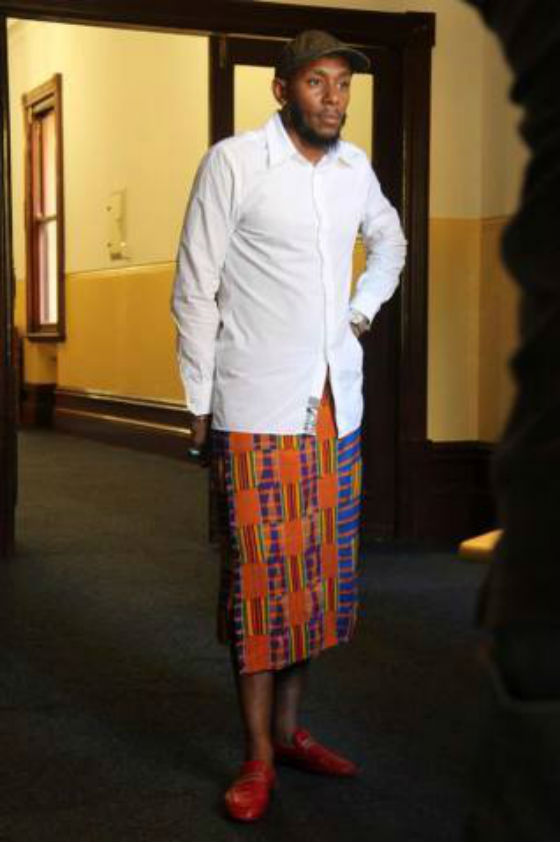 What has made a huge difference in their successful presentation is that most designers have learned that they have to make them look hot and sexy.  So those who do present them tend to use models who are more studly looking rather than more effete looking young lads. That said, they are now branching out into types of skirts that employ materials traditionally reserved for women, like tulle, and bias cut satins. 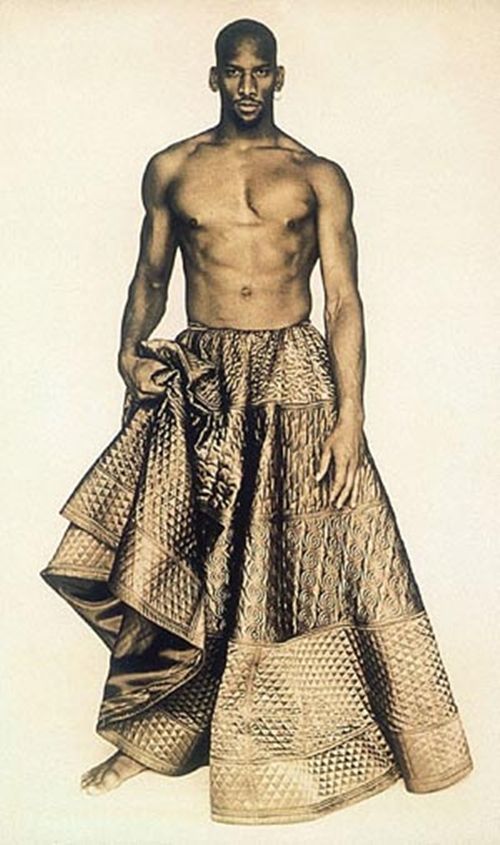 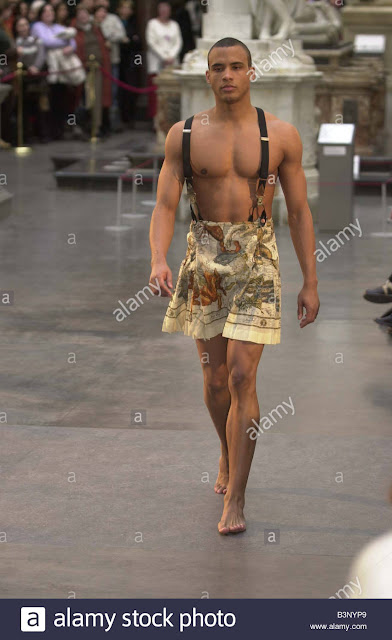 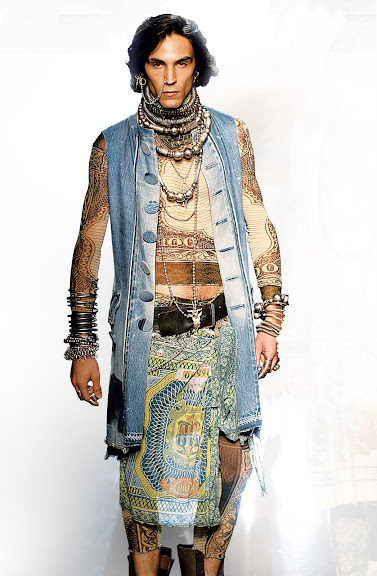 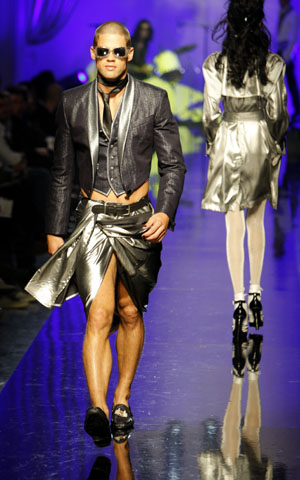 So, what I muse about is how long this process is going to take.  Will there be a tipping point reached where they will suddenly become normative?  Or will there be some person, or situation which will trigger it?  Some famous fella?  Some unknown who just happens to hit the right place a the right time?  Who knows?  But it certainly seems like it's on its way to us. 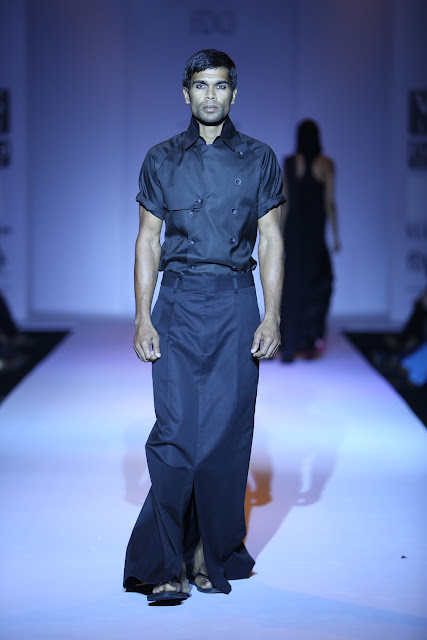 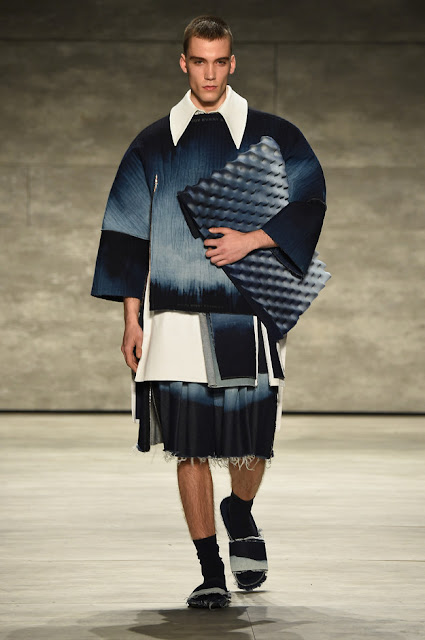 After that happens we will have to find something else to experiment with.