We do not often get to see examples of how styles were interpreted outside of western Europe and the USA during the 1800s.  This evening dress from about 1810 is from Hungary, and though its general shape is on point with the prevailing styles of the time, there is one significant difference, the corset styled bodice with front lacing. 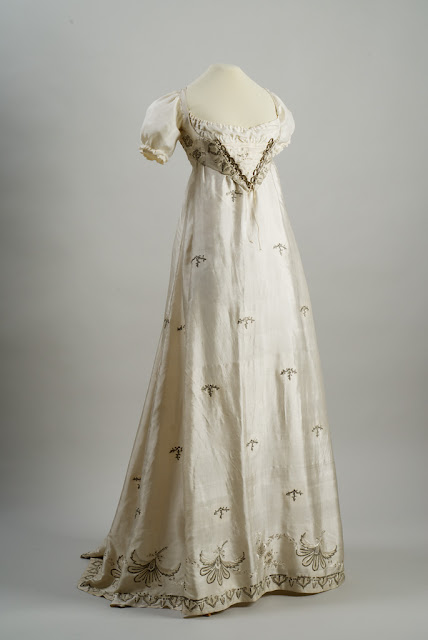 By 1810 it was still commonplace that evening dress was either white, or some pale color.  It wasn't till a bit further along the track that evening dress got into darker colors, and heavier materials. So in this regard, this gown is fully on track with the mode of the day. 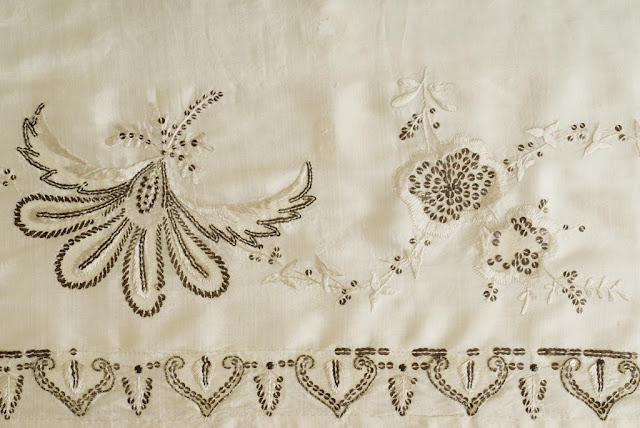 Something else that marks this dress as singular is the amount and type of embroidery using sequins.  Though sequins and spangles certainly did get used as part of  dress decoration, it is rare that so much was done on a single garment.  The embroidery work is all in white silk done in satin stitch and stem stitch, with the silver plate sequins double sewn in a manner that accentuates the design by following the lines of the flower petals and leaves. 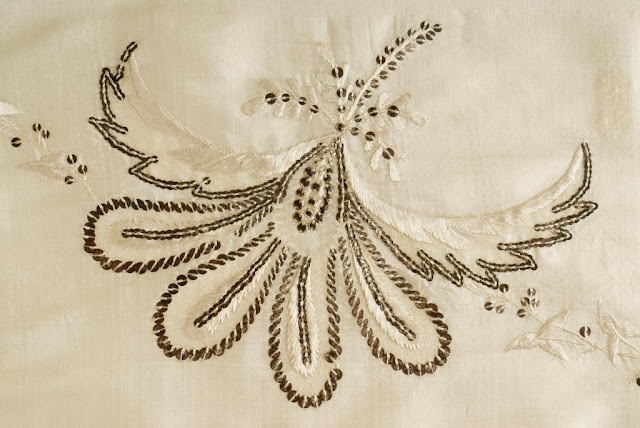 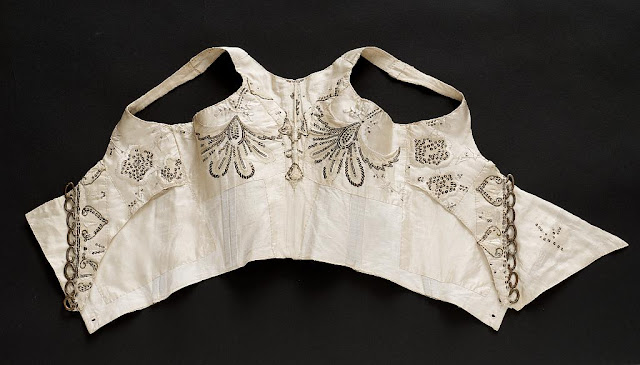 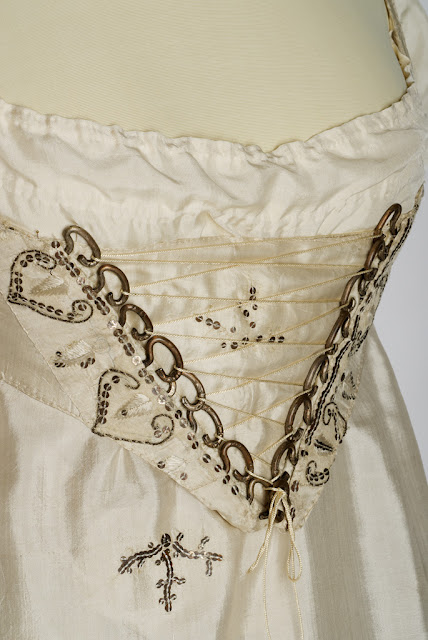 But it really is that attached corset front that takes this dress out of the realm of western fashion and places it in Eastern Europe, where the idea of the front tied bodice held sway even in the upper reaches of society.  It wouldn't be until the 20th century that this cultural element of dress would retreat to only festival attire.  So, if the lady who owned this dress had traveled to France or England or New York, she would have been instantly identifiable as not only a new face, but one from Eastern Europe, or possibly Russia. 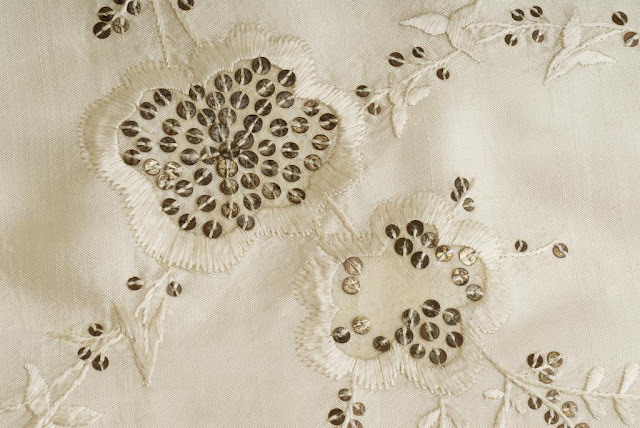 All in all a lovely object, and a marvelous look at a place, within a time.
Posted by Paul G. Ellis at 7:12 AM