How Do You Build A Language?

How do you build a language?   It's built slowly, over time, using concepts that matter, that turn into words that symbolize those concepts, layer by layer, till you reach a point where there are enough individual terms to create a syntax, a formula within which the terms you have devised can operate to create a coherent, and efficient system of usage.  A language. 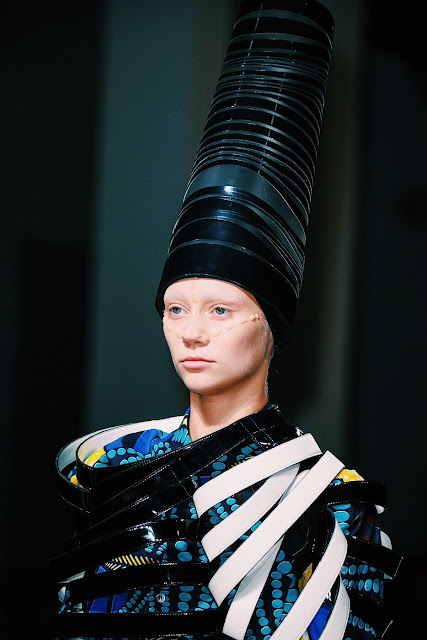 The Attire language is one of the oldest, and most complex we have.  It spans too many years to chronicle, really.  We do not know, in truth, when, and how, we started speaking this visual tongue.  One thing is certain, however.  We have been at this process of massing the Attire language for as long as we have been upright hominids.  That means that for about 300,000 years at current estimation, we have been doing this thing I call the Attire language.  The English language, that I am using to relate this is the largest written language known, yet it has been around for less than one percent of that time. 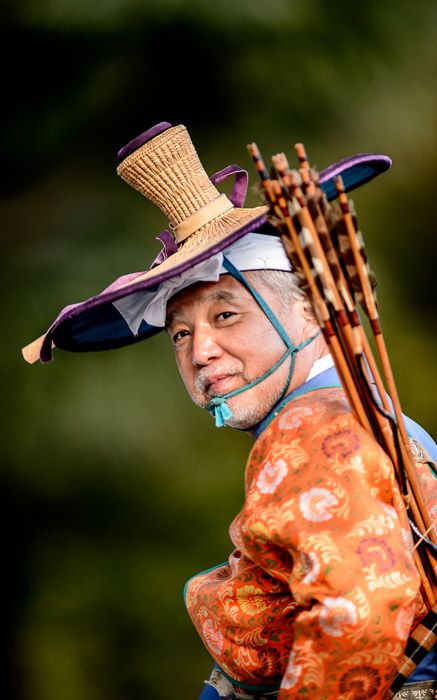 Before we codified our words into symbols that were written down, before we had cities and towns, before we had anything approaching a nation, or a city state, we have been about the task of building this visual system of communication.  As such, this methodology, this semiotic process, this deep seated, intrinsically connected thing that I call Attire, has been a part of every moment of our lives.
And I mean that in a literal sense.  We, all of us, go through our days attired, even when we think we are not.  We may be being intimate with the person we love, but we are still, in fact, Attired.  We might be enjoying a shower, alone, and yet, we are Attired. 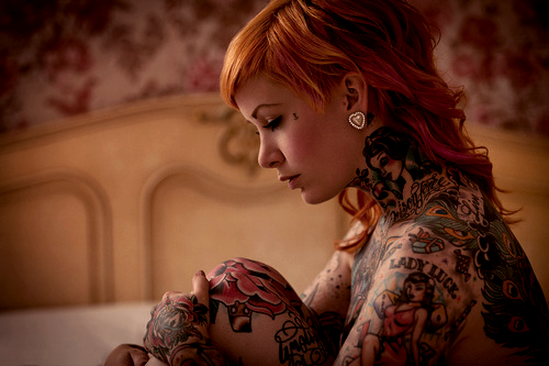 What do I mean?
Think about it. Think deeply.  Are you the person, unaltered, that entered the world at birth?  When I say unaltered I mean, has anything been done to change you from your original state?  If you have cut your hair, chosen to wear makeup, worked out at a gym, or had surgery to alter yourself in some way, you are Attired, even when naked.  Do you wear your wedding ring in the shower?  You are Attired.  Are you tattooed?  You are Attired.  Have you had some serious body modification like implants, or synthol, to change your shape? Attired, regardless of what you might have on, or not.
Attire as a system of communicating is more vast, and more subtle that we like to think.  It is not fashion, though that is an aspect of it.  It is not simply covering ourselves from the elements, though that too plays its role. It is not even just a way to hide from each other, though for many of us that is what we try to use it for.  What we cannot escape is this simple truth.  Everyone who sees us will take in the information given, and file that information away in the proper place, based on their own knowledge and understanding. 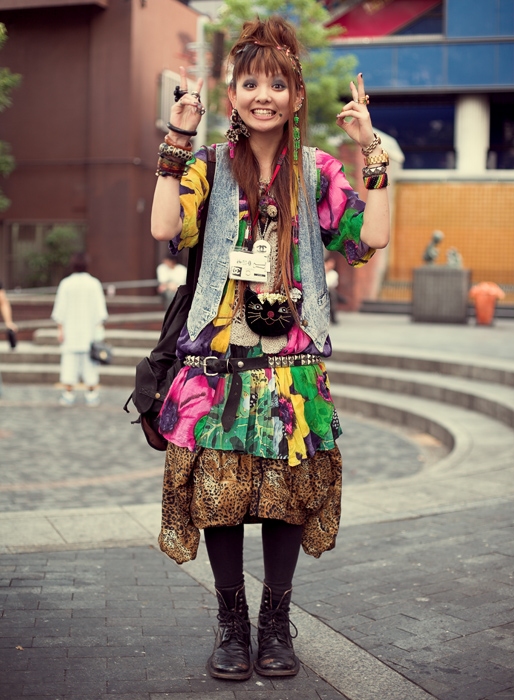 They may, to our minds, file it incorrectly, because they misunderstood the meaning of what we related in our apparel.  But that is part of why I believe that the Attire language is of such real importance.  If we, right from the start, misinform, or misdirect those with whom we interact with the choices we have made, we have ourselves to call to task for it. Of course it's easy for us to say to others, "don't judge me unfairly based on mere visuals". The fact is, we do, all the time, every day, every, single, one of us. We may not like to think that we do, but if we are willing to look closely at our behaviors, we do indeed, constantly. 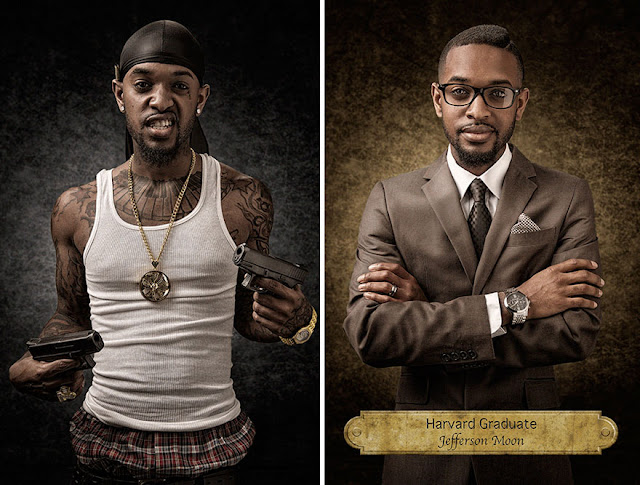 So, if we are saying with our clothing that we don't care, that is what will be filed away, but often not in the way we might wish.  If we are stating with our apparel, "I'm hot and available", the result may, or may not be what we wanted. If we are trying to say with our clothing that we are serious, stable, and sensible, it might be read as staid, stodgy, and boring.  Honestly, only the strongest of personalities can withstand the disapproval of the greater community. So a modicum of awareness and care is not amiss. 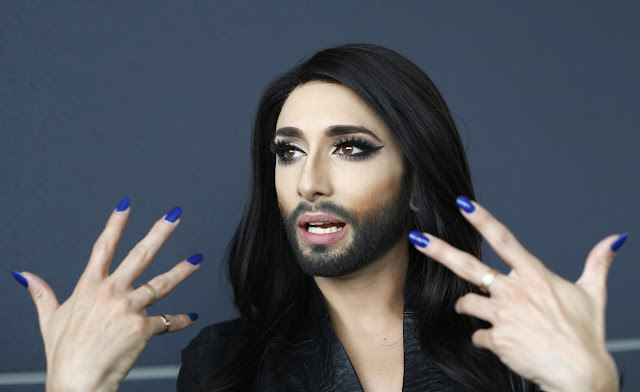 The point here is two fold.  We can choose to ignore the opinions of others, and chart our own course, resolutely, which has significant advantages, and disadvantages.  Or, we can follow the commonality, and face the opprobrium of others when we get it wrong; and the approval of them when we adhere to the currently held mode.  We do not, as a rule take all this too much to heart.  We tend, societally, to dismiss the importance of Attire as ephemeral, and silly. 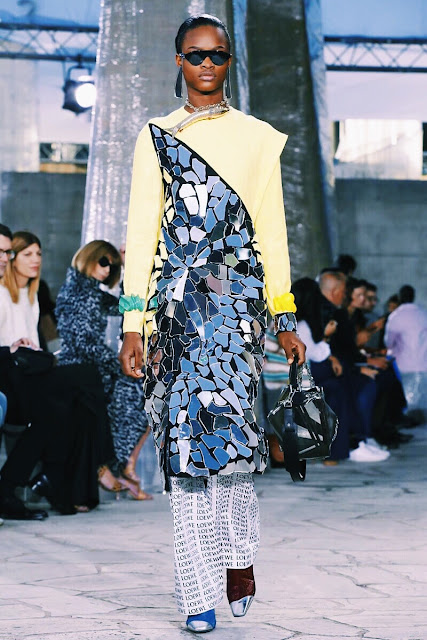 The reality is somewhat different, however.  Every one of us has faced some sort of disapproval at some point, based on what we have on our bodies, or what we have done to them.  That being the case, it behooves us to treat with more seriousness, this language we universally speak.  When I say that, I do not by any means imply that we should be lock step adherents to whatever is being promoted as mete and good.  Far from it.  I only say this.
Whatever your choices are, make them as close to your own reality as you can.  Be truly yourself.  Only when we manifest as close to who we are, are we giving those around us our best.  And those we love and cherish deserve our best, don't they?
Posted by Paul G. Ellis at 6:00 AM