Happy Halloween, Y'all!
In honor of All Hallows Eve, I'm doing the Scatter entirely from iconic film costume.  Of course film costumes are really the culmination of the actor inhabiting them and the skills of the designer, so even things that are otherwise forgettable can become permanent fixtures in the cultural mind.  So, with that, a round dozen of famous folk in costumes that they utterly owned. 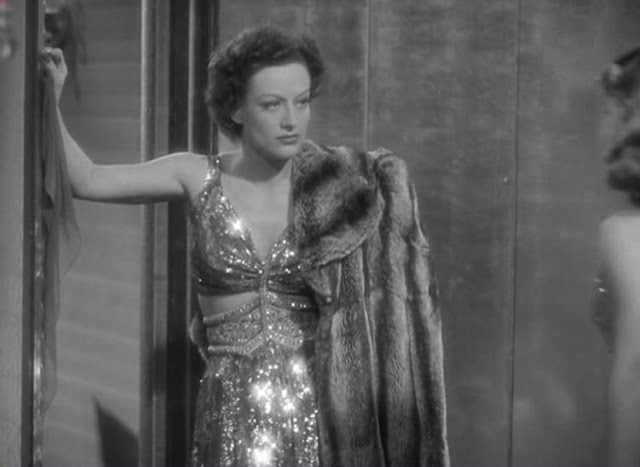 Ms Crawford, would you mind stopping to pose please?  Thanks so much.  You're a dear.  This image is from the penultimate scene from the film the Women, 1938.  Crawford's character, Crystal Allen is getting her marching orders, and Gilbert Adrian the designer has wisely put her in clothes that shout out as to why that is happening.  More than a bit vulgar, and definitely overplayed, her style does not really suit the life of a engineer's wife, no matter how wealthy.  Its also meant to be a counterpoint to the more conservative, and socially inoffensive clothes of the other women in the scene. 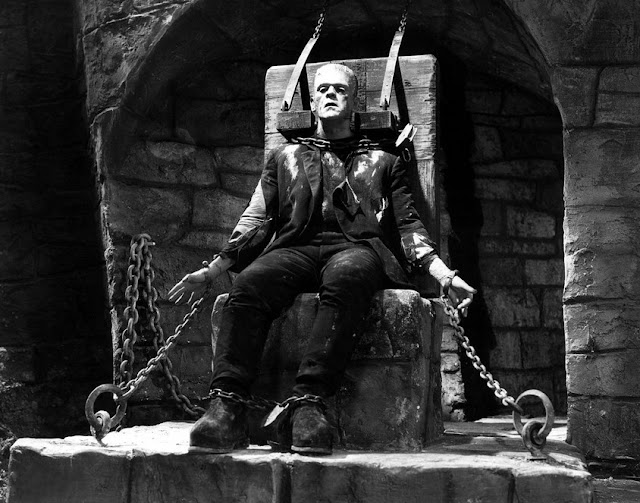 Mr Karloff?  On Set, please.  Thanks, Boris.  We've moved your key light a bit, just a step over,...There ya go.  Now, stay put while we set the chains. Its a wonderful, damning thing to be an actor so completely connected with one character, but for Boris Karloff, it's Frankenstein's monster that we will ever and always think of.  its so complete that all you have to say to someone is, neck bolts, and they get it entirely. 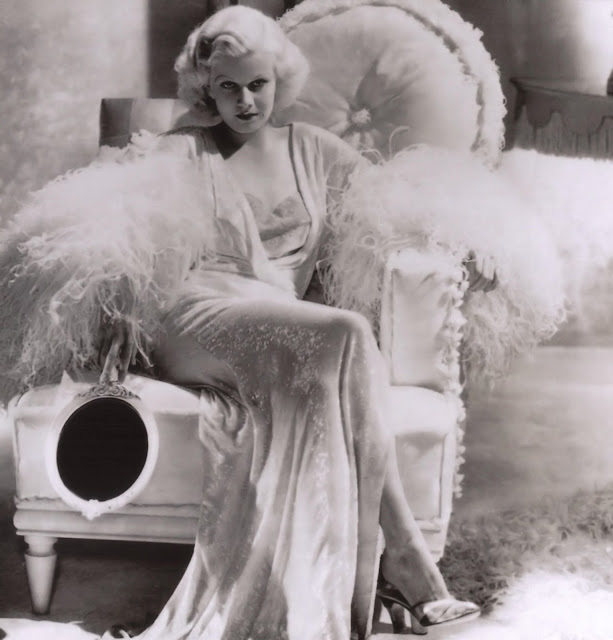 I know you want to get back to staring at yourself, Jean, but just one more for the cameraman?  Thanks.  Dinner at Eight, Jean Harlow, Gilbert Adrian designing, and one of the most outrageous negligee's ever made.  Completely covered in silver lined white micro bugle beads, and edged with 22 inch ostrich fronds, the costume is both ridiculous, and potently sexy, just like the character should be.  We need, as the audience, to get it in one that this woman doesn't have any concerns besides being beautiful, and available.   and we did, to such an extent that even now this image has power. Covered in beads as it was, it must have weighed a ton.  But, as has been said, beauty is pain. 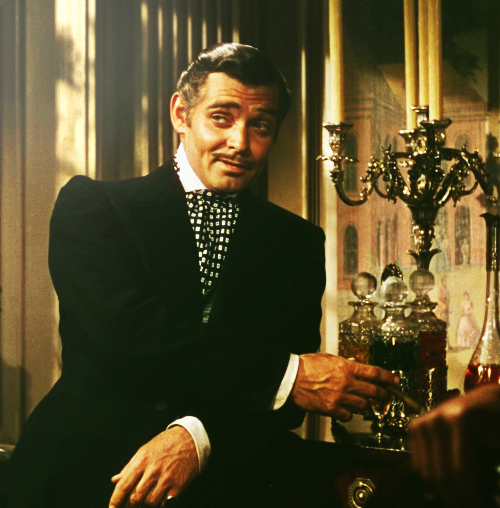 Here's another example of adroit work.  Clark Gable is so completely associated with this, and his other costumes from Gone With the Wind that you can put you finger over his face and still see the character.  The reason I've included this here is not that the costume itself is so extraordinary, but that the interface between actor and clothing is, pardon me, seamless.  And the designer's choice of that cravat brings all the attention right to his handsome mug, as it should in a scene like this.  He is about to confront the men at the Twelve Oaks barbeque about the folly of their choosing war, so we need to focus on his face, not his actions. 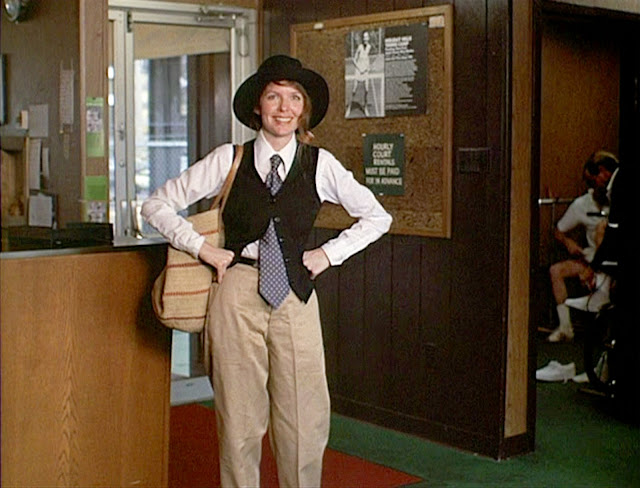 Paging Diane Keaton!  Oh, there you are, Diane. I've been all over the place looking for you.  A couple for your fans please?  Thanks.  Though Diane Keaton has done many terrific roles there is none so well remembered as Annie Hall.  In part this is because of her skill as a comic actor.  But a significant part of it comes from how broadly the Annie Hall look spread outside of the movie theater.  Women all over the country started trotting out over-sized menswear and slouchy hats.  Its not the first time, nor will it be the last that something of the sort has happened.  Madonna, in Who's That Girl got a generation of young women to dress is fishnets and leather jackets.  and back in the thirties a costume worn by Joan Crawford in the film Letty Lynton was copied nearly 500,000 times at all levels of production, and a dress worn by Elizabeth Taylor  became the go to prom dress for young girls. 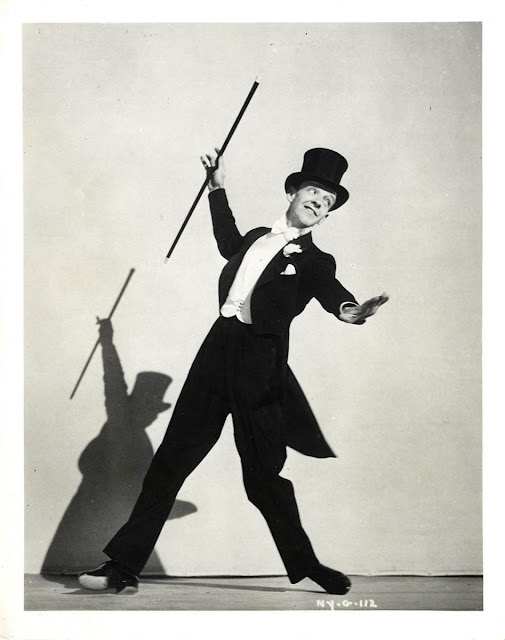 Just keep dancing, Fred, I can shoot around you.  Just utter the words, Top hat, white tie, and tails, and there is only one person who will come to mind. Fred Astaire.  What makes his costume contribution so incredible is that its actually a uniform.  Yet he has taken this set of clothes worn my myriad men and made it his, by the power of his huge talent, and his personality. 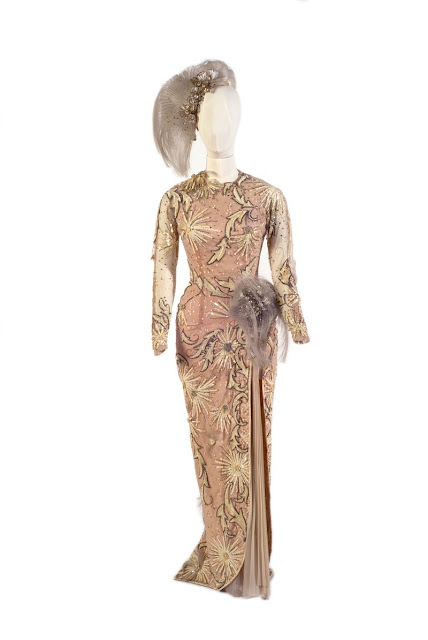 Would you turn for us please, Marilyn?  Thanks.  Yeah we do need to re-position those feathers a bit, and the hem needs a bit of help.  This is from the Film There's No Business Like Show Business.  I chose this one not because its utterly iconic of itself, most people wouldn't remember it on its own, but take a good look at this.  Can you imagine anyone else in this costume?  Even without her in it, you can see her there easily.  Its a wonderful example of how a designer can so understand an actor that the work calls out for them to inhabit it. 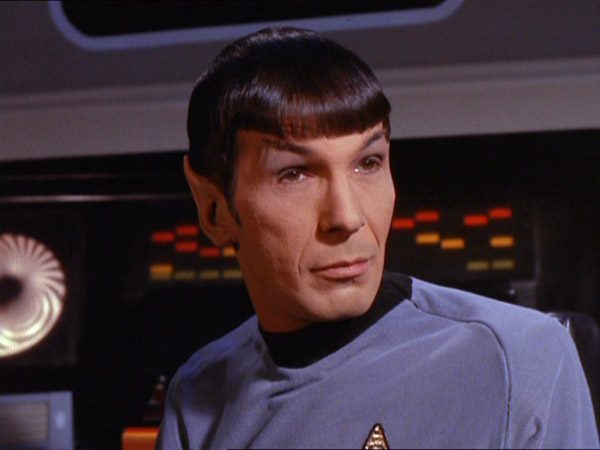 A pair of fake ears, pointy eyebrows, and a blue t shirt, were all that was required to bring this character to life.  Sometimes its not by complexity of design, but by its utter simplicity that a costume becomes as fast held as this one.  Part of the decision was doubtless based on budget concerns, partly on making the character alien, but accessible.  The end result is that Leonard Nimoy could be the isolated other with the maximum of ability to convey the reality of the role to the audience. 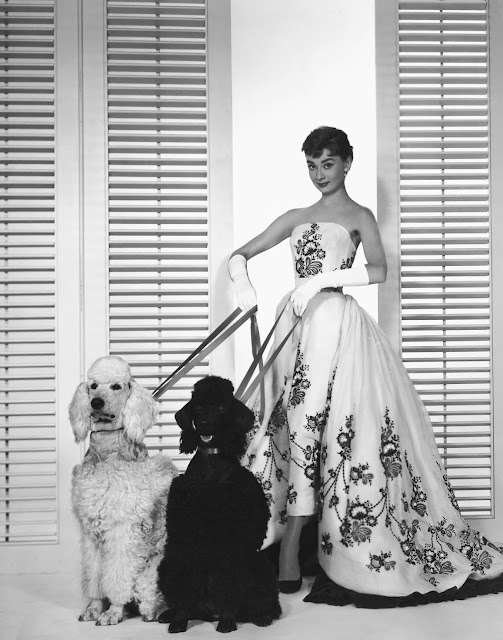 Sabrina, one of Audrey Hepburn's first film roles was one of the times that a couture designer did the clothes for an actor.  Hubert de Givenchy worked with Hepburn to create the post Paris trip Sabrina who returns home as a dazzlingly lovely woman.  The clothes for pre-Paris were done by Edith Head, who got all the credit for the film's costumes.  It was the beginning of a collaboration between Hepburn and Givenchy that would continue for their entire lives. 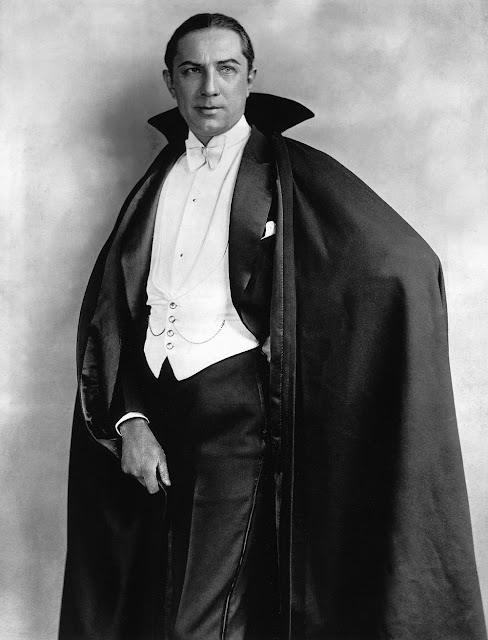 (lifting coffin lid)  Wake up, Bela, you're needed on set.  Bela Lugosi did something similar to Astaire, taking the white tie formal wear and by the addition of one accessory, made of his costume, an enduring vision of depraved evil.  So much has this moved into the public mind that a long black cape is commonly called a Dracula cape, even though such evening capes were fairly common in the 17th and 18th centuries.  And its another example of how dangerous it is for an actor to become too closely connected to a character.  It can kill a career faster than a stake through the heart. 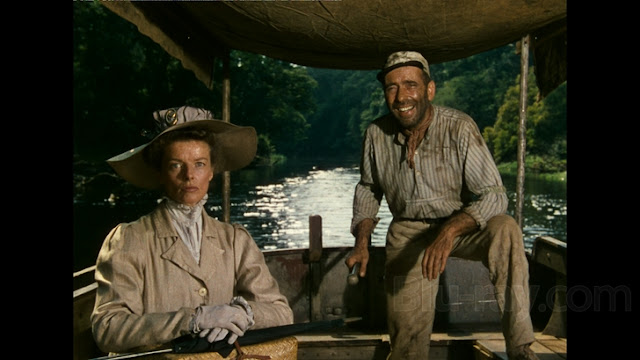 I know you're in the foreground Kate, but I need to talk about Bogie for a sec, m'kay? Humphrey Bogart, The African Queen.  It was cheap, made deliberately to look old, bedraggled and filthy, and was simplicity itself.  A great example of how even a humble costume can become immortal.  boots old chinos, miner's shirt scarf, and cap, done.  All you need to do is put Bogart in this ensemble of rumpled stuff and boom, a character is born.  The interface between actor and costume is a delicate one and here we see it in perfect harmony. 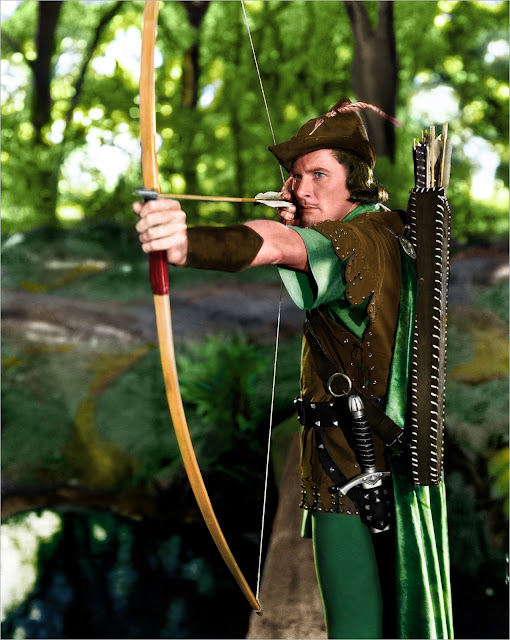 Errol?  Errol!  ERROL!!  Stop flirting with the crew.  Could you come here please?  Good. There have been lots of people to play Robin hood, and many variants on the costume but its this one is the one that has become the undying image of Robin Hood that we think of.  Every year at my work we get numbers of folk who want to be Robin Hood, and in most cases, this is the Robin they want to be.  As a matter of fact, one of the suppliers who we get costume hats from makes a dead on replica of this particular Hood hat, and we sell it out every year.

So, that's the lot for this week's Scatter.  Tell me what you're going to be for Halloween; and then go out and say Boo! to someone.
Posted by Paul G. Ellis at 6:13 AM