There have been up periods, and down, for headgear.  Some eras are not particularly fertile, while others overflow with graceful, witty, inspired design.    The 1920s, though it was a substantial, and important period in design, had less variety with its hats than others.  Perhaps that stems from the singular focus on the cloche style, whether brimmed or not.  Once the 30s dawned and in particular because of Surrealism we were off and running again, and hats would be some of the most creative of the entire 20th century.
It is the end of the 19th century, and into the beginning of the 20th that I want to focus on here.  It was a time of extreme extravagance, if not wholehearted artistic inspiration.  It was often the case that the Victorian aesthetic required more of everything, rather than perfected proportion, and editing.  The results were sometimes so huge that women looked as if they might be about to be swallowed under them, but when they were right they were so very right, that they stand alone as works of wearable art/sculpture. 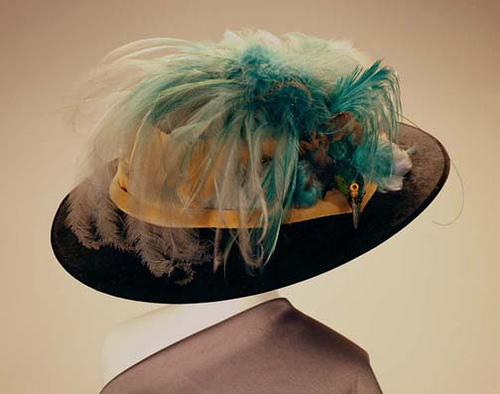 Employing wire, straw, felt, and buckram to create base structure, these chapeaux were laden with ribbons, flowers, plumage of all sorts, wax fruit, whole birds, furs, laces, nettings, crystals, beads, and embroideries, (sometimes a good many of these at one go).  So a custom made hat of this sort was both a fabulous expense, and a literal top off to the visual statement of wealth and status a woman meant to convey.  If made today, some of the hats you see here would cost several thousand dollars. 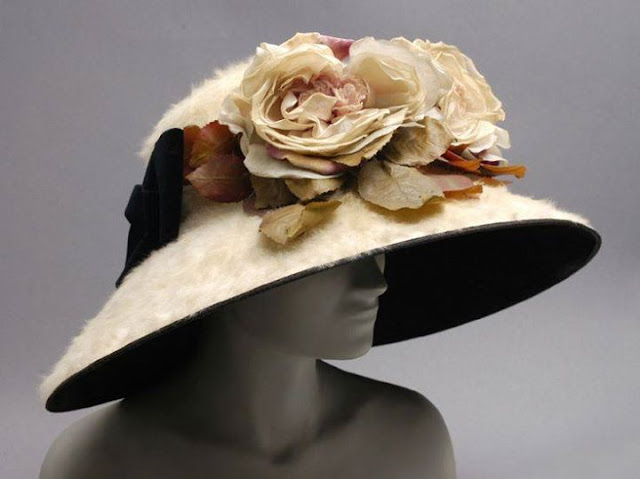 Apart from the image of status such hats relayed, there was the near instant sense of confidence that comes with knowing that a hat really suits you.  It made you lift your head, stand straighter. This is what a great hat really does.  It makes us want to be our best selves, to strut it out there in the world and say. "check me out". 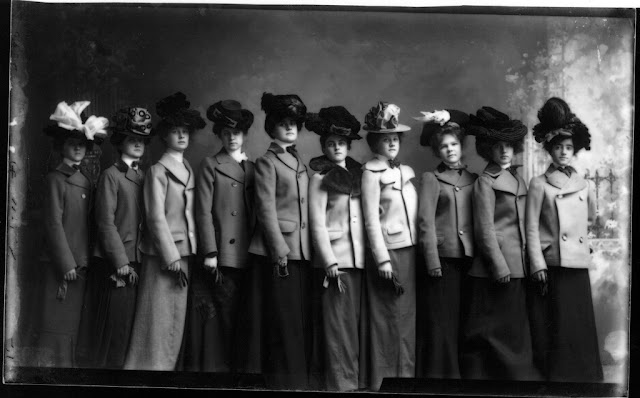 This period in hat design was all about that. Sure, headgear also relayed position in society, and personal tastes, but the most important thing that got transmitted was the desire to stand apart from others in some way, to have a unique expression.
Herewith, some of the glorious, silly, and lovely creations of that time.   Try to imagine yourself in one of these.  How would you feel about yourself, and where would you be going? 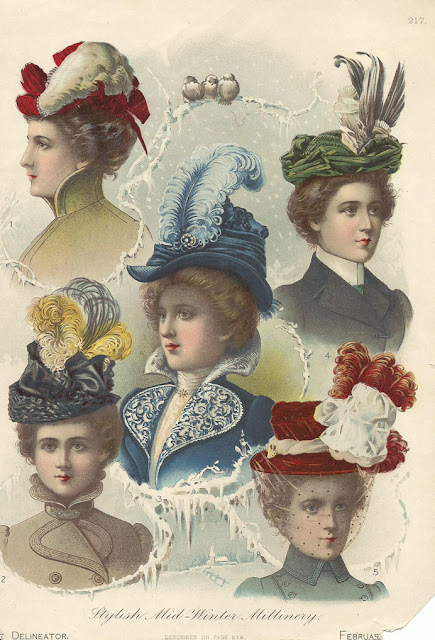 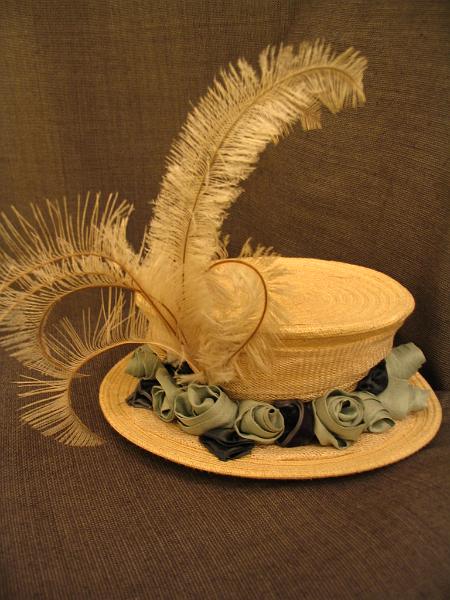 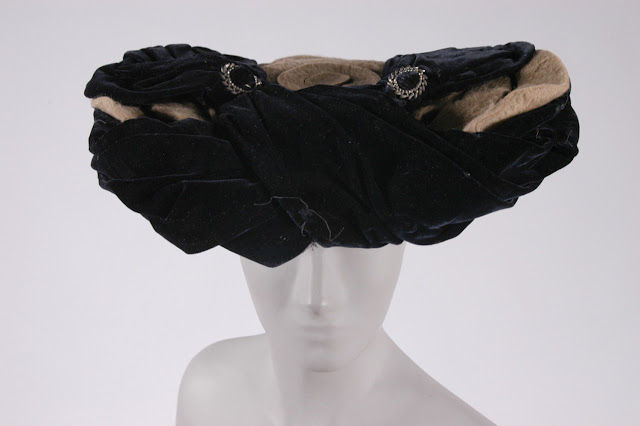 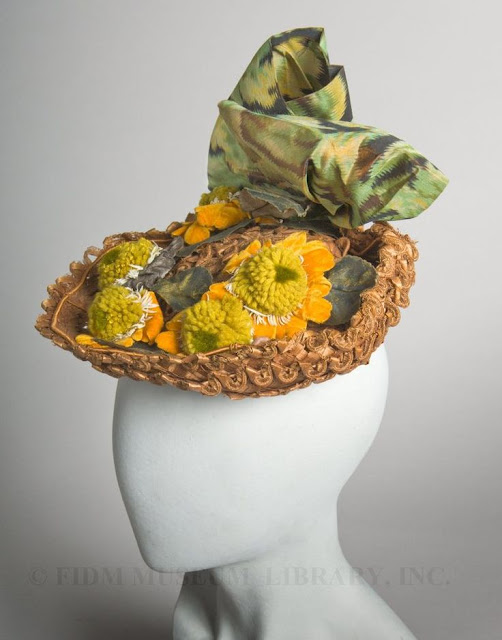 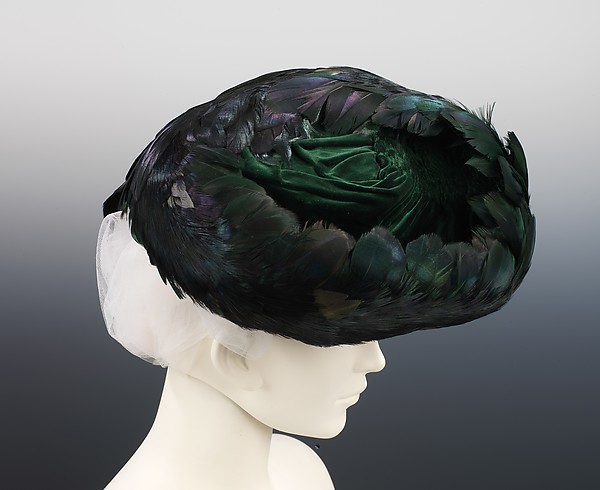 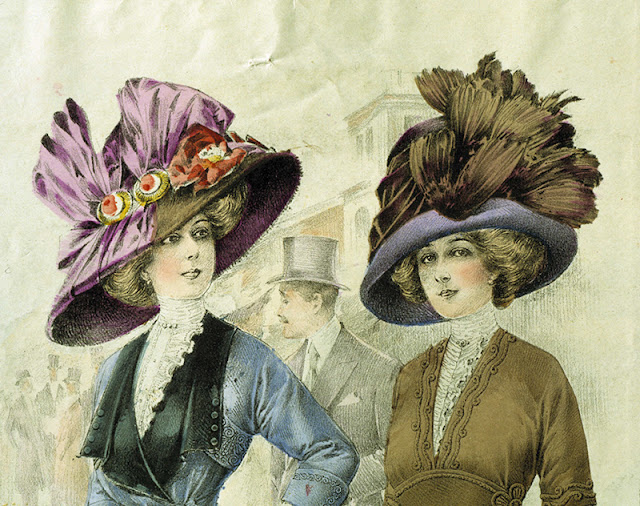 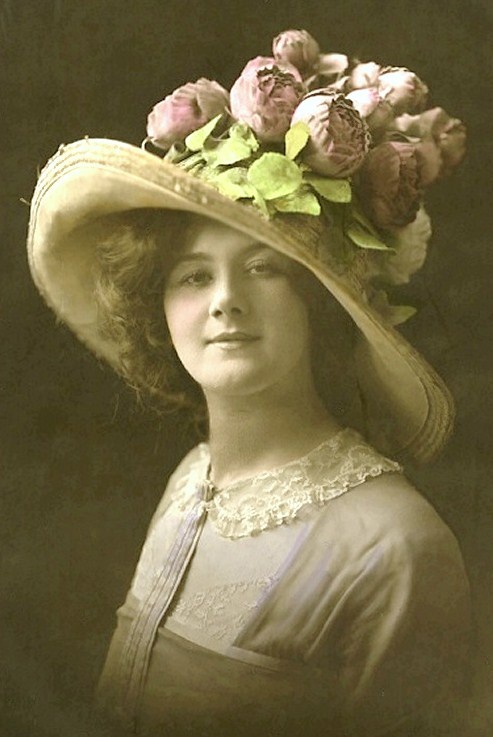 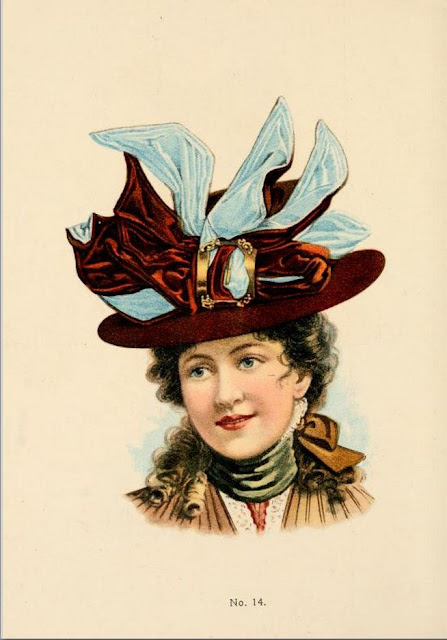 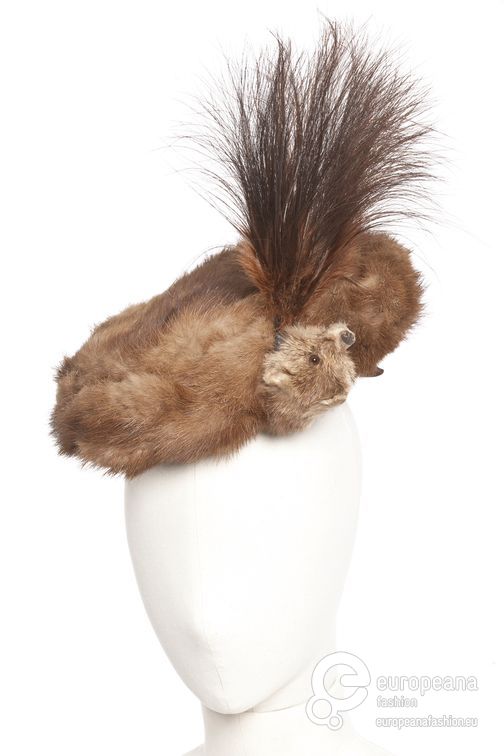 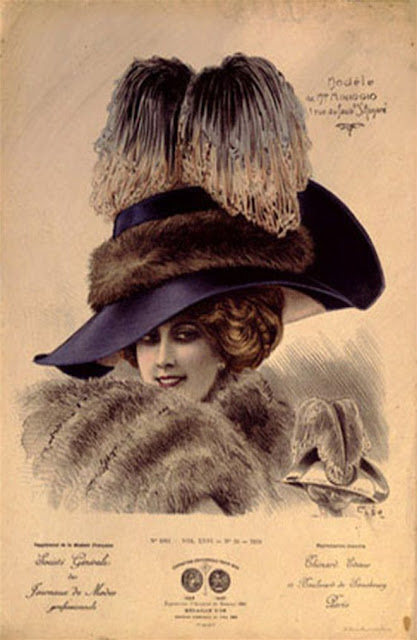 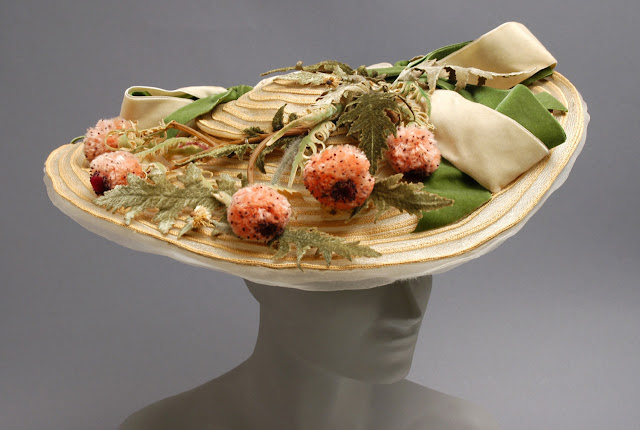 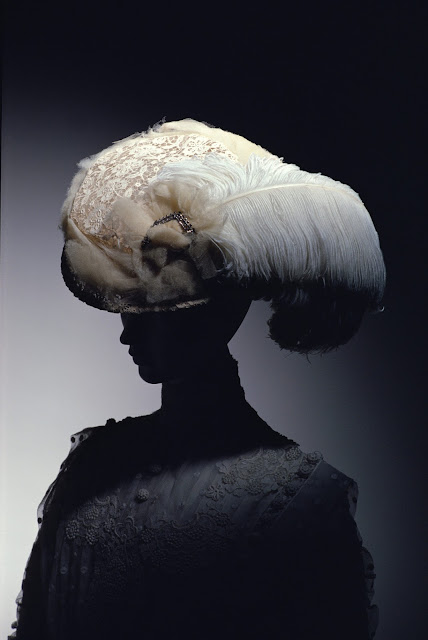