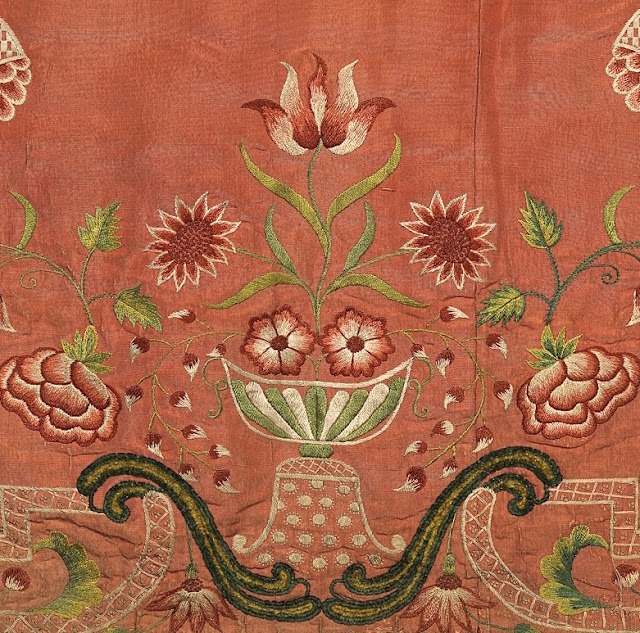 When it comes to the use and expressiveness of embroidery, few times can come close to the sheer bulk and ingenuity of the 18th century.  Though other subjects certainly got time and place on the surface of textiles, nothing got more attention, or repeated usage than flowers, and leaves. This desire to capture the natural world and splash it all across the clothing we wore was especially interesting since so much about the 18th century was concerned with controlling nature, and separating people from it.  By that I mean that the more we moved ourselves indoors and created environments that did not reference the natural world by their materials or appearance, the more we seemed to want to cling to nature in other ways.  If we chose to create wood furniture that was so overladen with decoration that we could barely discern that it was wood, then we would spray leaves and branches over our clothes in reaction. If our interior spaces were ladled with plaster, and painted to hide the true materials beneath, then we would carry bunches of flowers on us, to remind us of the world we were turning our faces from. 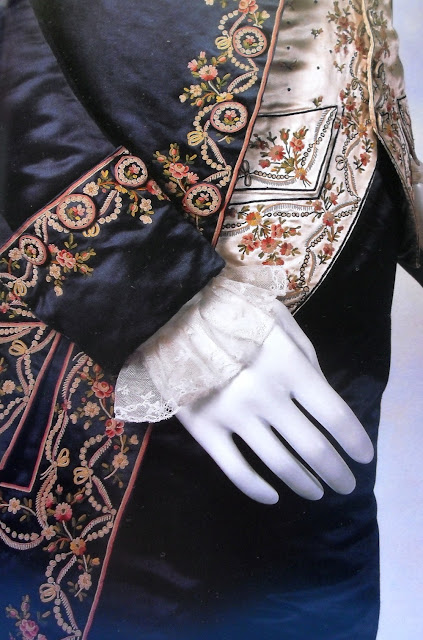 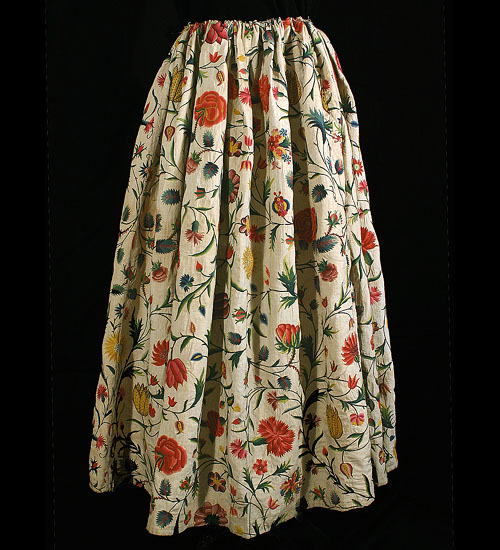 Both women's and men's clothing was awash in  leaves of every type, vases of flowers, scattered blossoms, trailing, blooming vines, and formalized bouquets of resplendent plants in a simply dizzying array.  They were rendered in the same color as the textile, in natural colors, in quilting, in metal wrapped threads, and in sometimes unnatural hues that suited the taste of the wearer. 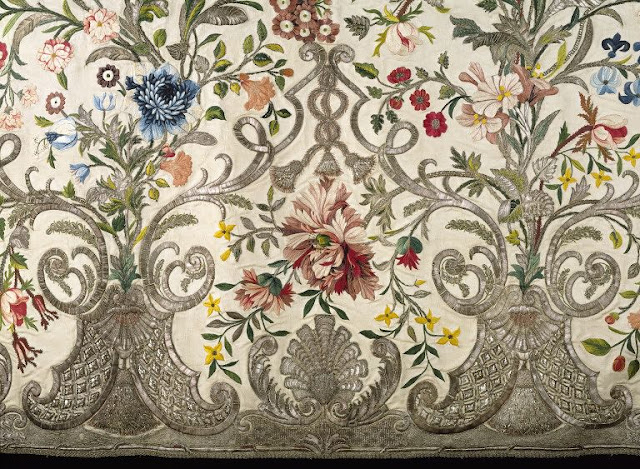 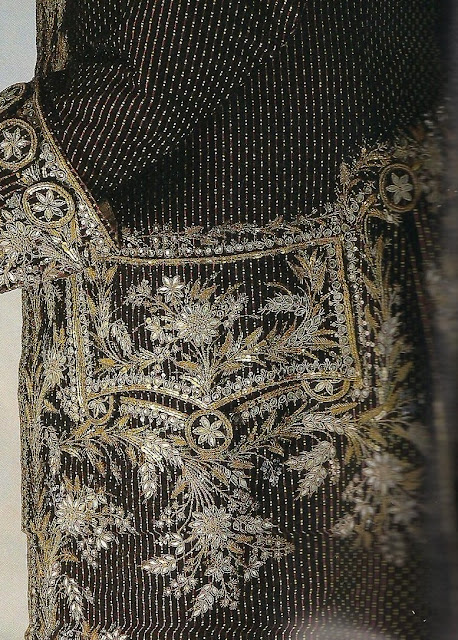 These luscious flowers bedecked everything we could think of that was made of fabric.  Our shoes, hats, gloves, suits, dresses, and undergear all ended up with growing things on them.
It seems that, the more artificial our culture became, the more we wanted the world we could not control to be on our bodies. Of course the twisting part of this from a psychological perspective, is that the mere rendering of these natural forms on our clothing was in itself a way of controlling them.  By taking the plants in our world and recreating them in another form on textiles, we also expressed our deep seated desire to have everything around us neatly understandable, and in line with our desires.  That the natural world continues to evade such control was and is, I am sure, a significant player in the profundity of how much we want to bring it to heel.  Anything we cannot understand or control we go after resolutely. 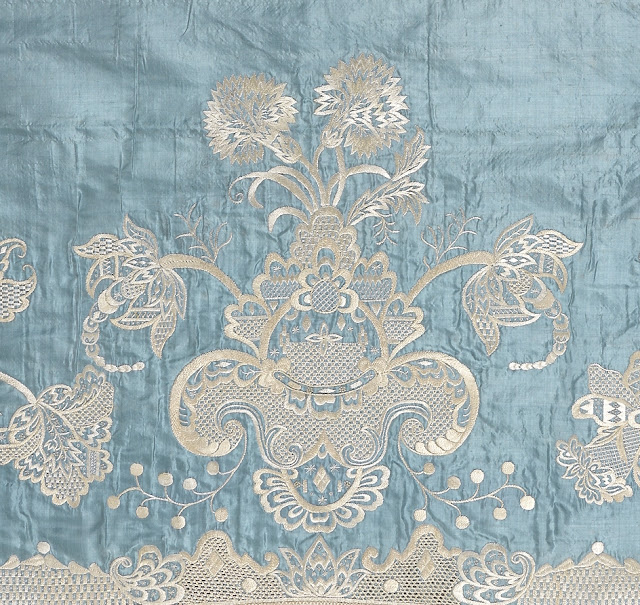 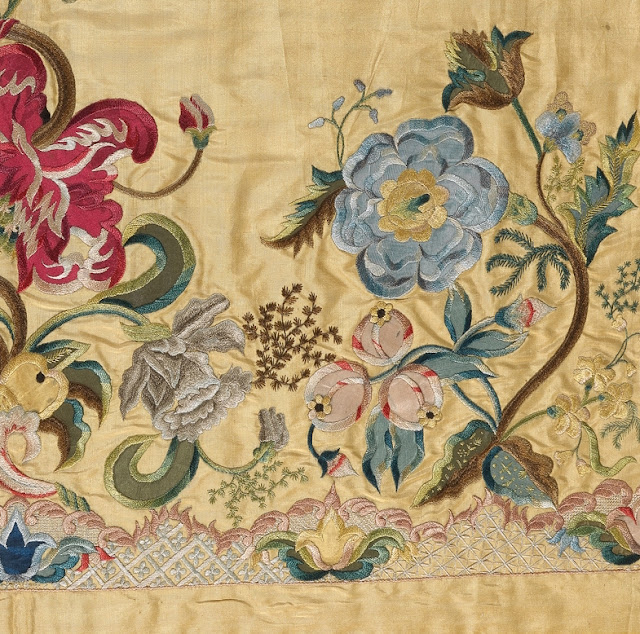 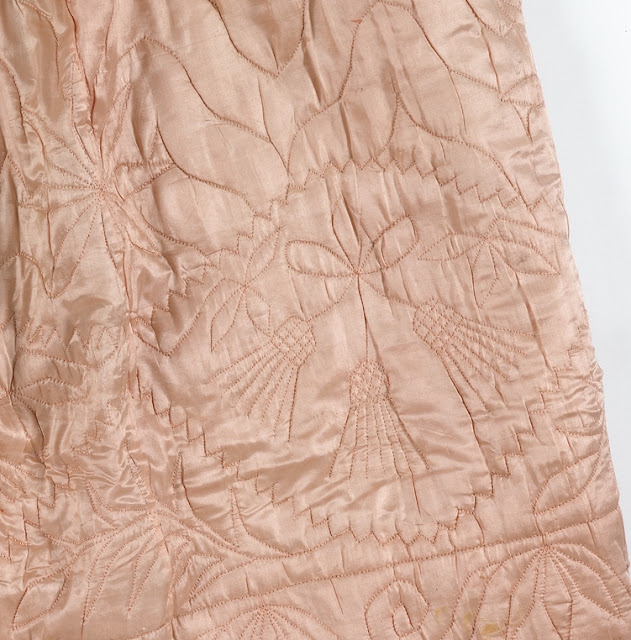 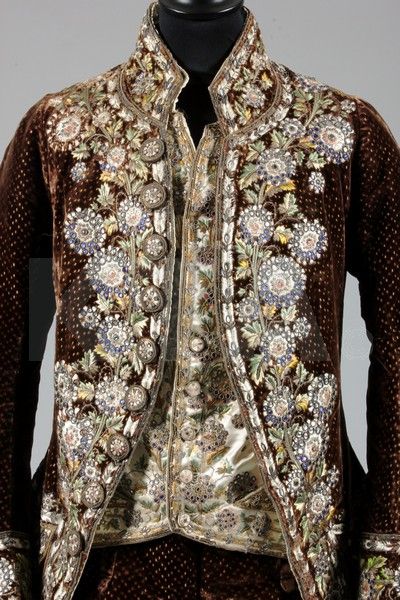 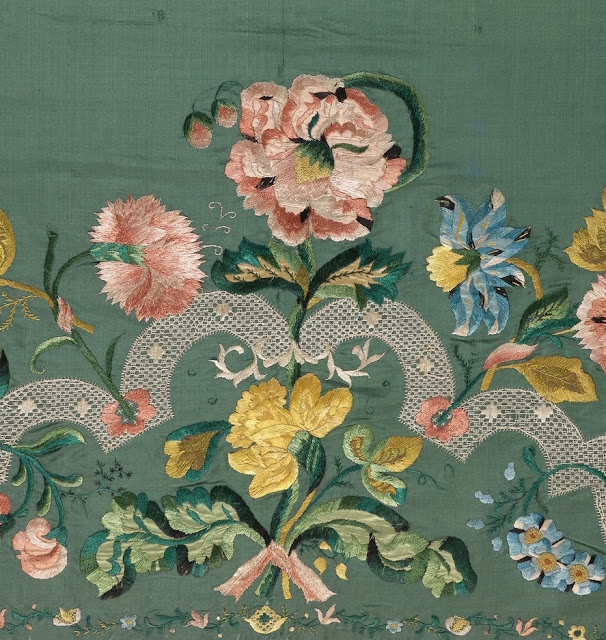 So, here we were, lavished with foliage and posies, busily chatting about how much sway the human species had over the outside world.  The result of all this was some of the most beautiful embellishment work ever known. So, whatever the motivations for it, we get to see the glorious creativity, and expert workmanship that made these thought gestures manifest.