Somewhere in the 1700s the idea of a lady going around here and there, sipping tea with her friends, and chatting about the day became a social ritual of great importance to people of middle and upper means. By the 1800s women doing their rounds of visits were expected to dress in a manner more lavish than they would if they were just out doing errands, and shopping.  Visiting costumes were meant to be town clothes with a bit more trimming, a skosh more luxe.  The reasons were twofold. One, it was considered a mark of respect for others to present yourself when visiting, in the best possible manner.  Two, it was a wonderful way to display just how well off, and how fashionably correct you were. 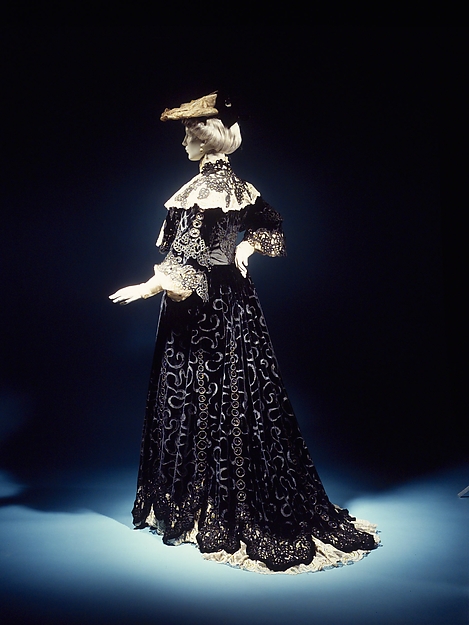 The ladies receiving visitors to their sitting rooms were expected to do the same, but dressed in a way that was only suited for home.  An afternoon dress that was more decorated than normal was fine, but then those inventive Victorians got to work on the idea, and came up with the tea gown. 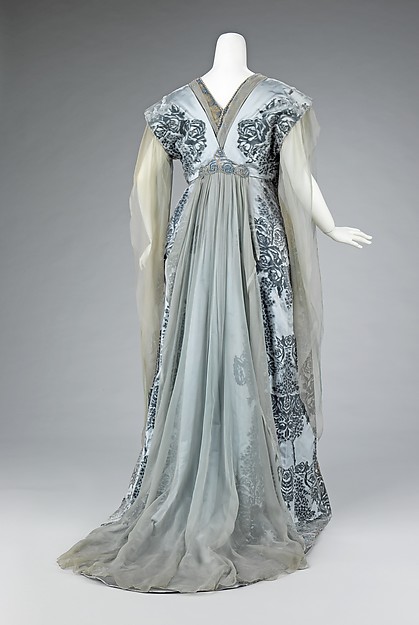 Similar to the visiting ensembles, it was meant to be a way for the lady of the house to express how wonderfully well off she was, while also displaying her taste in an extravagant way.  The other thing it allowed, which made them very popular indeed, was that many of them were designed to be able to be worn with loosened corsets, or without corseting at all.  The other thing that makes these garments so uniquely Victorian is that they were meant for such limited use.  They were considered inappropriate for other indoor activities, and as such would get used only for a few hours at a time, on the days when a lady was receiving callers. 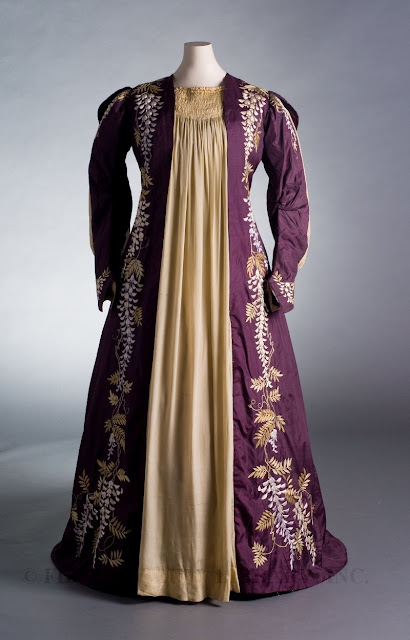 Tea gowns ran the gamut from the softly draped and delicate, to the excessively grand, and often had a kind of quiet sensuality to them that was thought entirely acceptable in the narrow confines of the event it was for.  The was a certain languorous quality to the idea of sitting about sipping tea while quietly talking with friends, that expressed itself often in the tea gowns themselves. The most lavish textiles, extensive use of costly laces, and abundant trimmings typified Victorian tea gowns.  Once we moved into the 20th century, however, they became more overtly sexy, and less decorated. 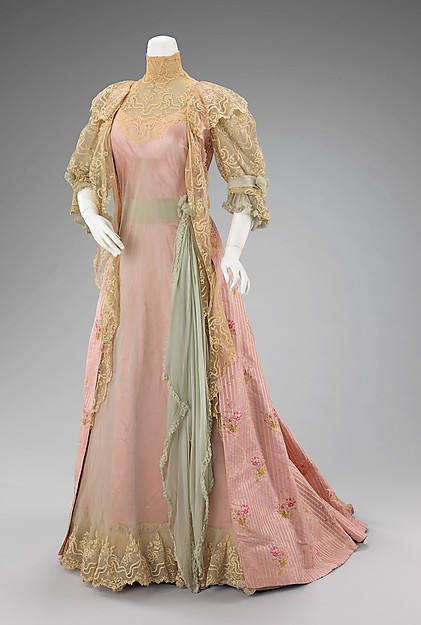 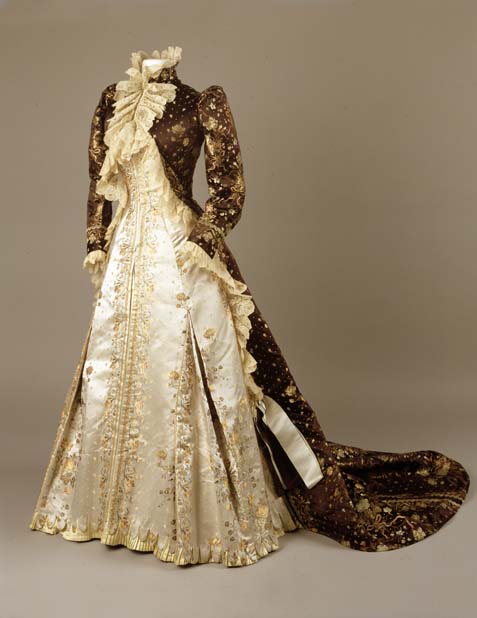 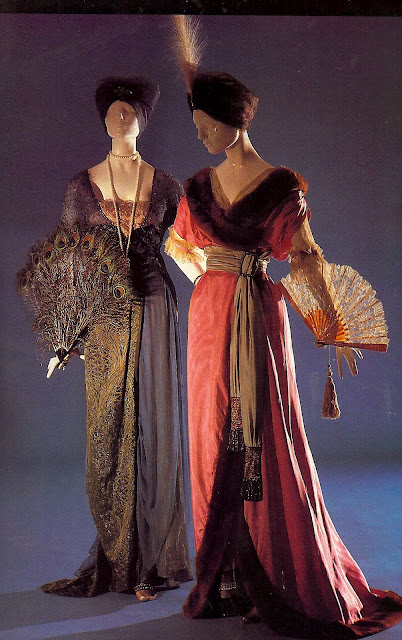 The examples I have included here cover years from 1870s to the 1930s.  While it is surely true that the idea of regular rounds of social visits had been the norm for much longer, it wasn't till the second half of the 1800s that the idea of specialized clothing for milady to wear when receiving came into being. 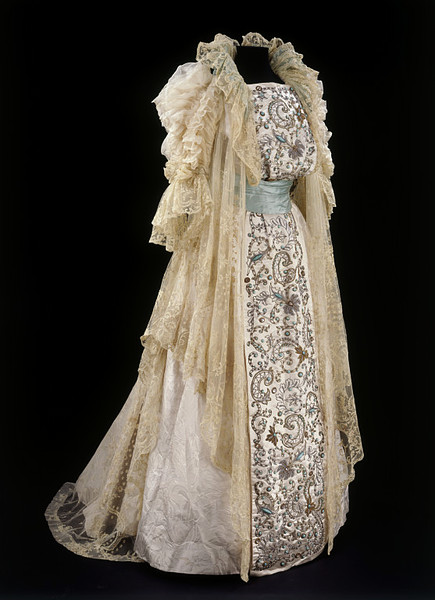 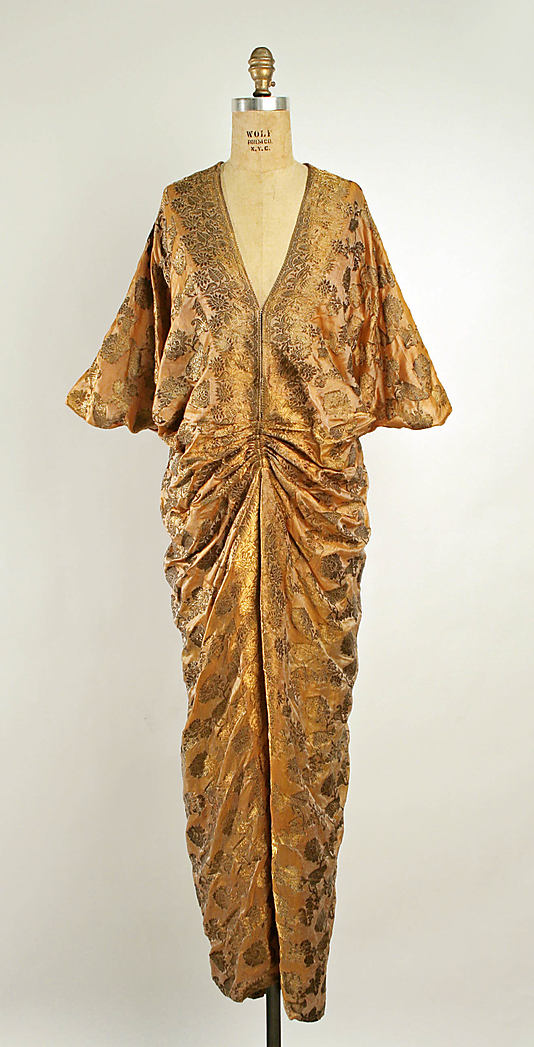 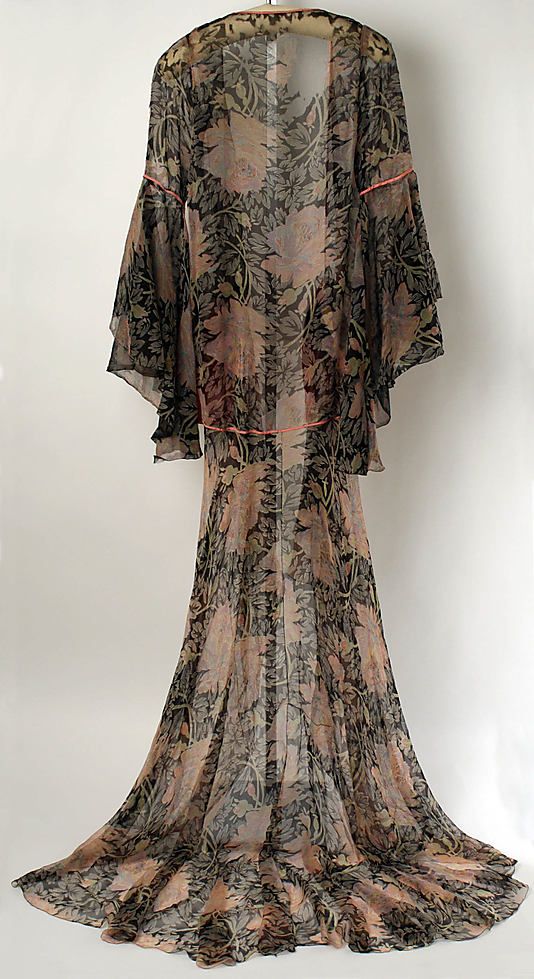 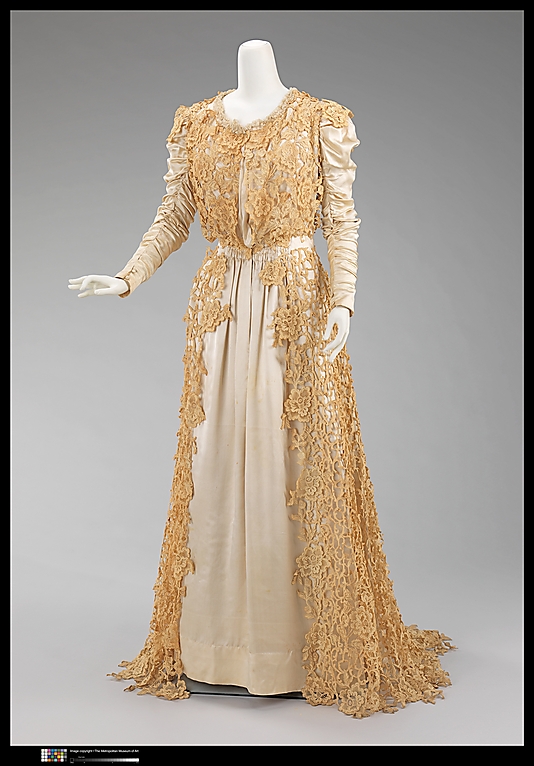 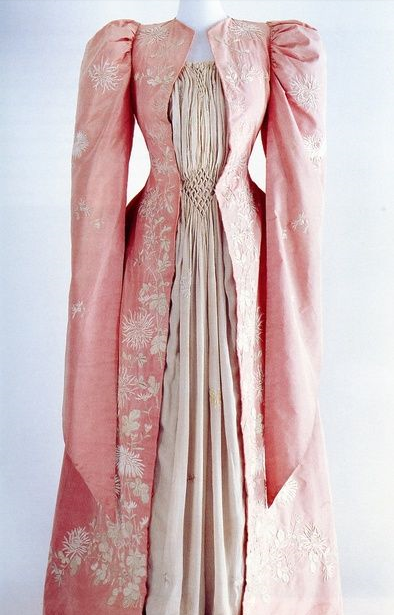 For a bit over a century this idea of social behavior held sway, falling out of use in the 1930s.  I suspect a good deal of the reason that such rounds of visits stopped happening was the widespread availability of the telephone.  No need to get all tricked out in fancy apparel when a simple phone call would do as well.  I think other reasons were both the increase of the speed of living, and the increase in the number of women in the workforce, meaning they had no time to be idling about in someone's home sipping tea. 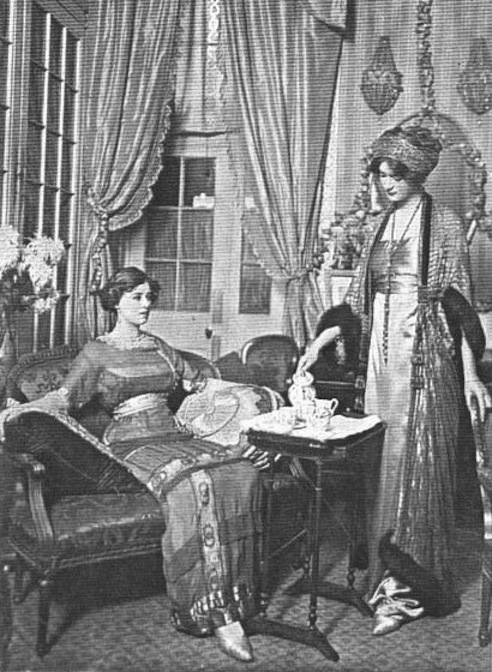 Ultimately, looking at garments like these is a window that gives us a look into a way of life that has passed, and a manner of thinking about women that has passed.  Attire always expresses in physical form, the thoughts, emotions, and psyches of the time.
Posted by Paul G. Ellis at 7:10 AM