I have written much about the significant shifts that are happening in our culture with regard to human sexuality, body image, and social roles.  This series of images for the Marc Jacobs Spring/Summer 2016 campaign are a perfect case in point about what these shifts look like, and how much they are being promoted to us by the media with increasing frequency. 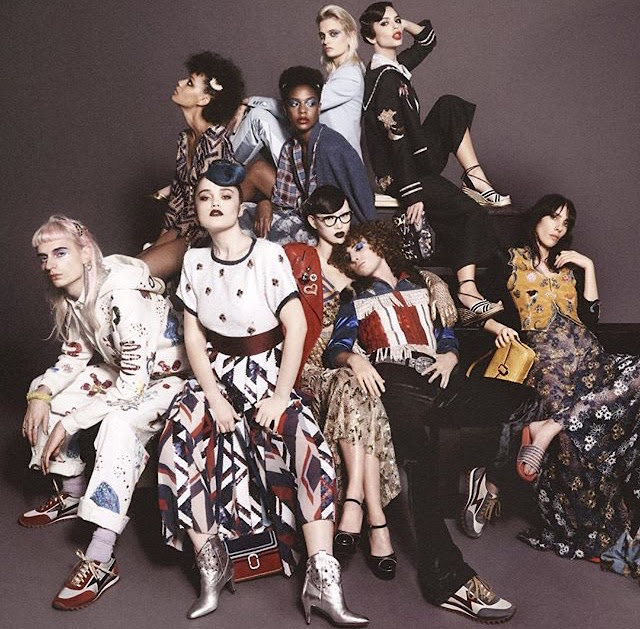 Photographed by David Sims for the campaign, he has chosen to use a broad range of people of differing shapes, ages and ethnicities.  It's true that the majority are still runway model thin, but the inclusion of even a few people who do not have model bodies or are not 20 years old, blended into the mix of varied skin tones is significant.  It speaks loudly about the way that the current young generation sees themselves, their friends, and the world about them. 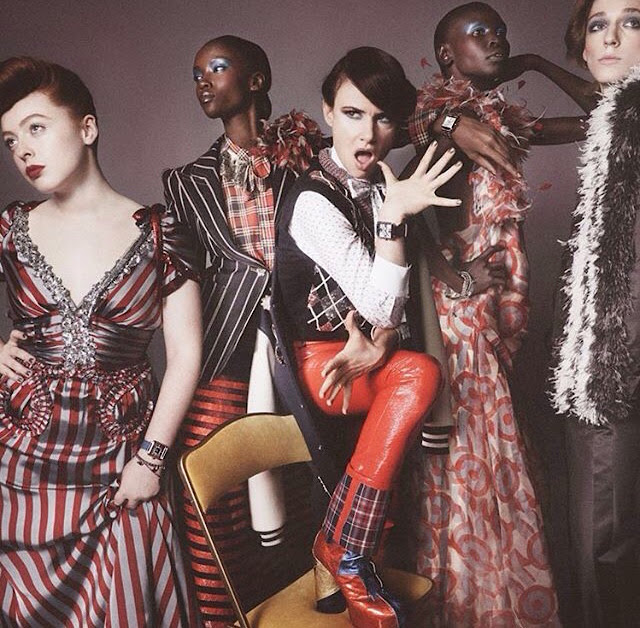 Most of these young folks know people from all over the world, through social media.  They are getting used to, rapidly, the idea of differing cultures interfacing with each other. They are also constantly being exposed to people with a huge range of self definition regarding their sexuality.  Along with that, women and men are creating new roles for themselves in society, as the push continues for equality of the sexes in the marketplace, and as men in particular attempt, (in part at least), to shed some of the worst aspects of their inculturated behaviors. 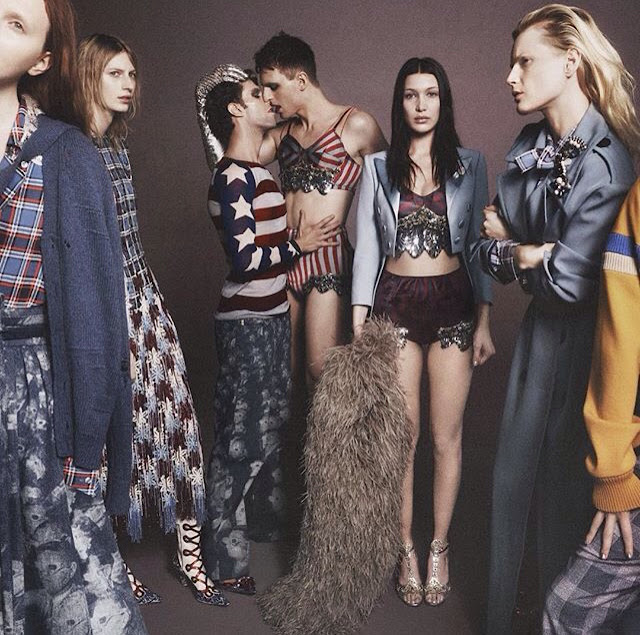 It is no doubt deliberate that Mr Jacobs chose to give this collection a spin that is decidedly patriotic.  Perhaps he is making the comment that this is in fact what the United States looks like, rather than the whites only image that has prevailed entirely too long.  Since I can't ask him myself what his intent was, I will choose to go with that idea.  It certainly works along those lines whether the intent was there or not.
What is also significant in this series of images is the designs themselves, which draw their influences not only from classically American garments like jeans, but incorporate motifs, silhouettes, and patterns gleaned from across the globe.  It becomes a visual melting pot, which only supports the notion I presented that this is a deliberate comment on the reality of who comprises the population of the USA. 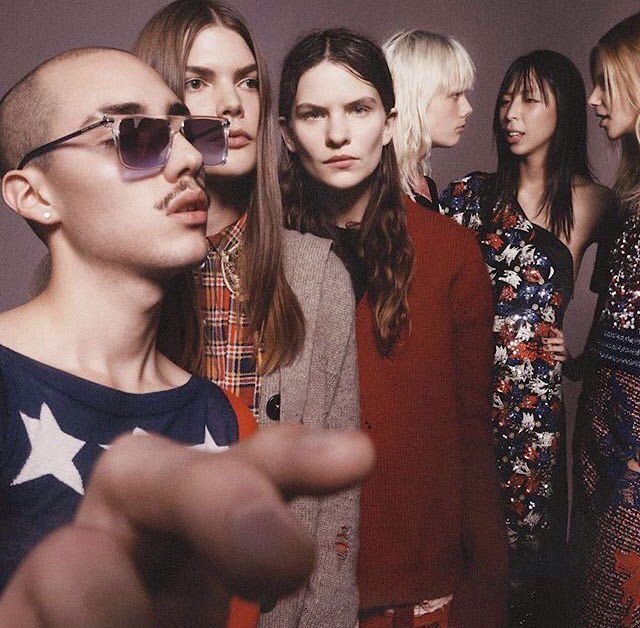 We can choose to see this exclusively as a marketing tool, which it of course is, but only in part. It has a deeper meaning and impact. This series of images, and many other like them that are appearing with greater frequency all the time, are a visual confirmation of the aspirations we hold for ourselves, and the world that we are becoming.  This group of pictures is doing considerably more than just selling expensive clothes.  There are many layers or message to be gleaned for these, even though all the combination of garments for each model have been chosen for them, not by them.  Understanding that part, we can still learn from these visions. 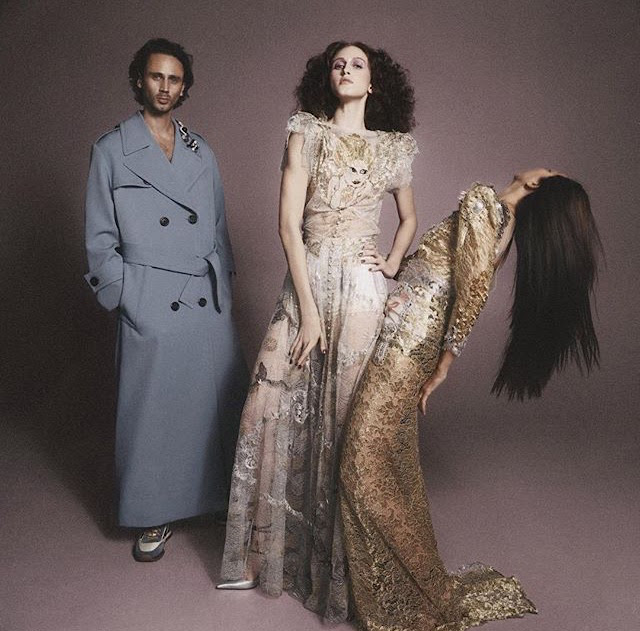 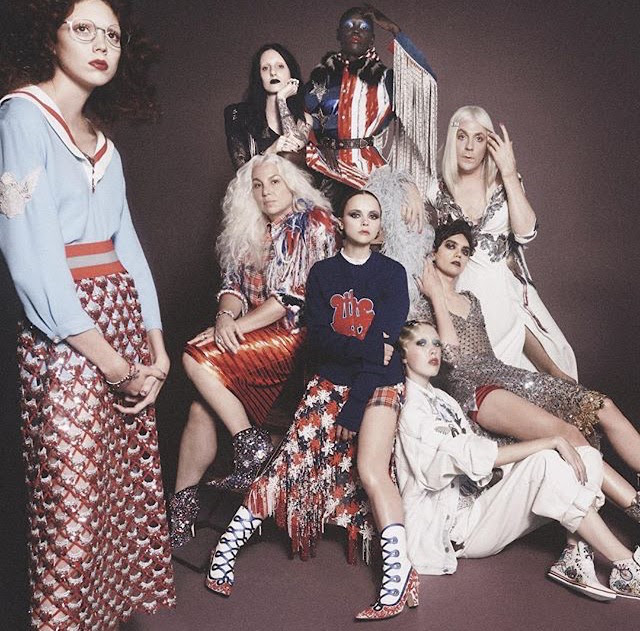 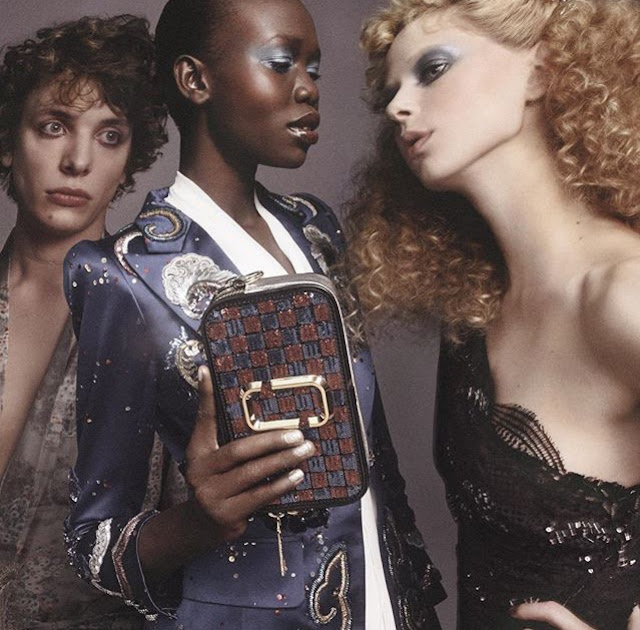 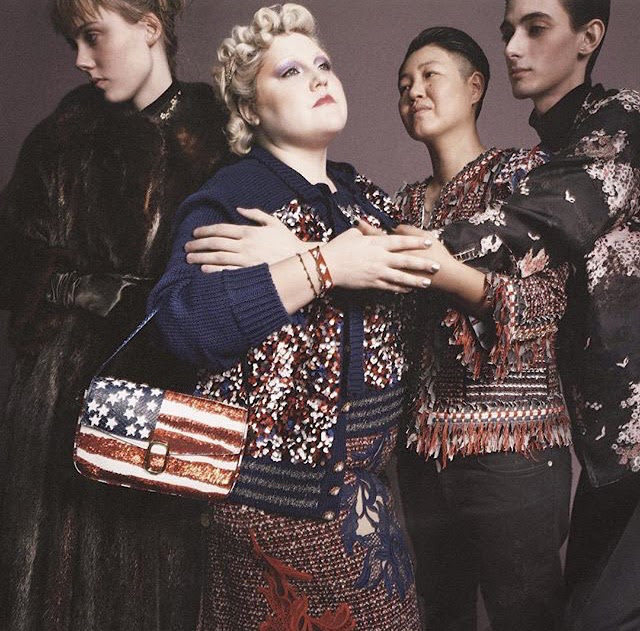