Among the collection of garments at Kent State University in Ohio is this remarkable pair of articles. 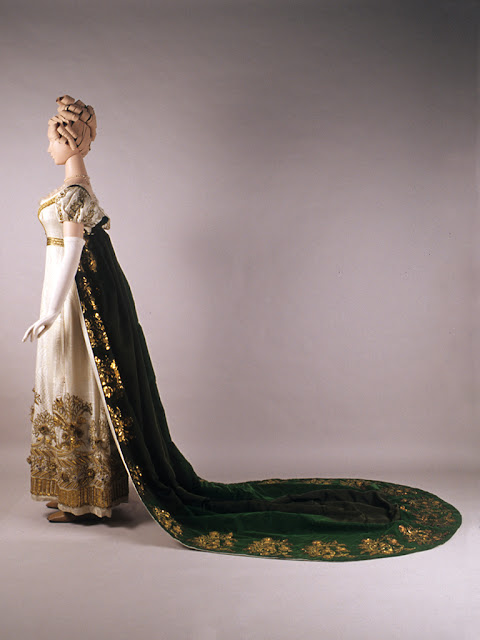 This is a court costume from between 1810 and 1825, of English manufacture.  The gown is of while silk moire' faille, and the style of it is contemporary to about 1815.  The waistline had just begun to drop back towards it's normal position, and the skirt was just starting to do the expansion of volume that would reach it's greatest in the 1860s.  The sleeves of the dress, unlike many of its time are fairly simple in structure.  This design decision to simplify the construction allows the extravagant embroideries on the gown to do all the major work, and create the predominating sensibility of luxury and refinement. 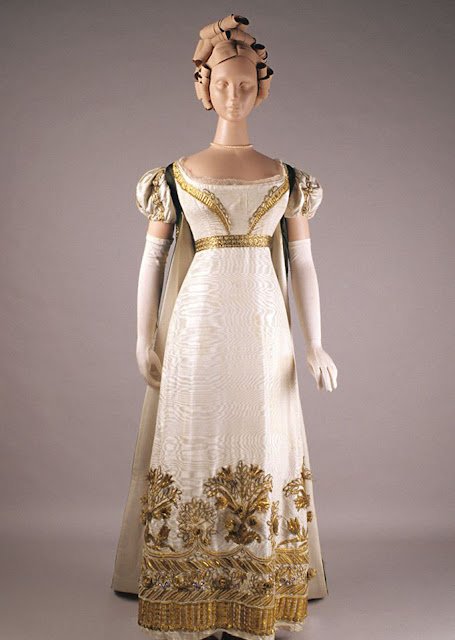 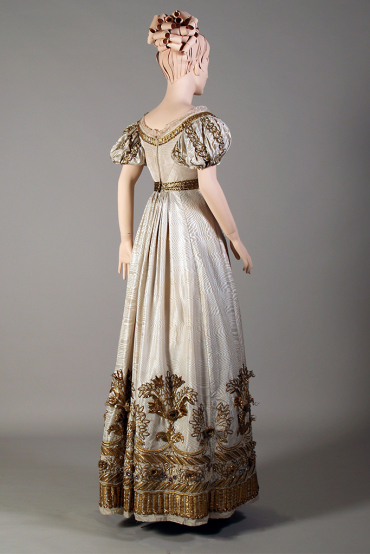 The decorative work is done in gold strip and purl, with pearls and amethyst tinted paste stones.  The majority of the work has been padded, some of it is in extreme relief.  The patterns are of flowers, leaves, and vines, with borders of repeating abstract forms. 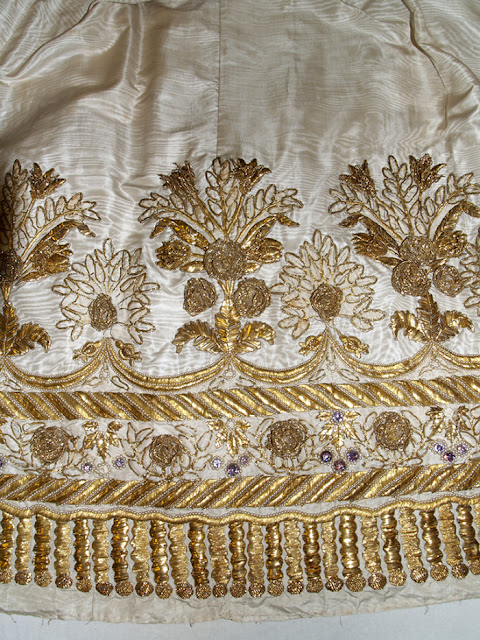 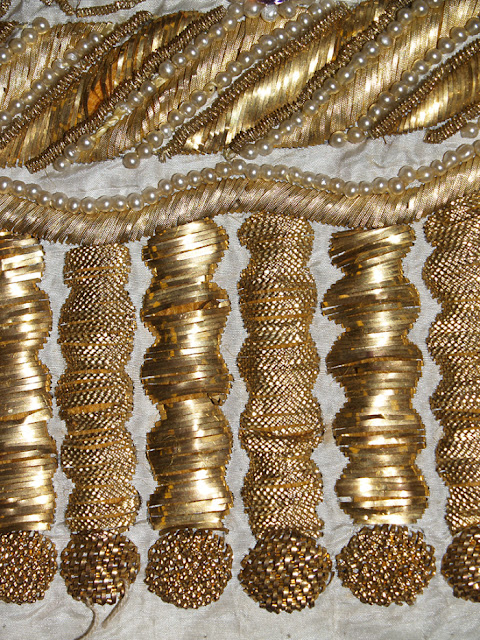 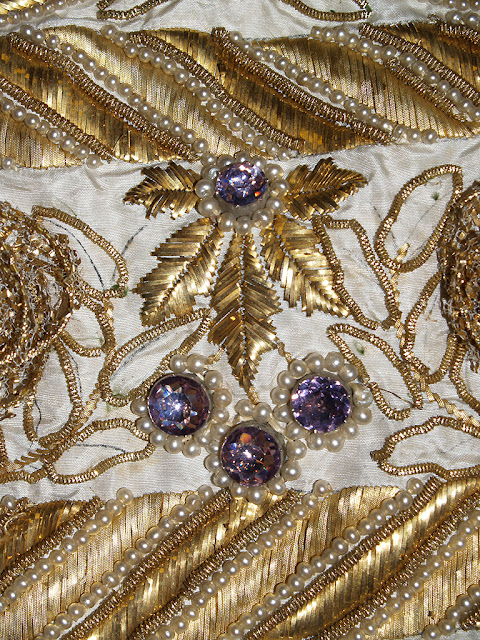 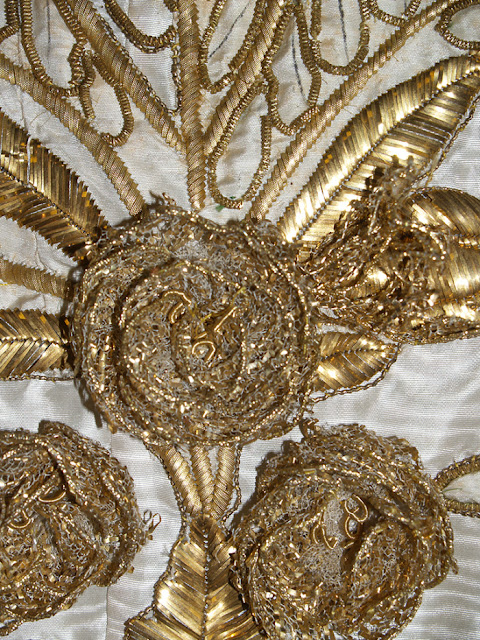 The detachable, shoulder mounted train is of deep green silk velvet, and its entire outer edge has a broad border of repeating floral bouquets that increase in size as they reach the far end of the train.  The work here is entirely of gold strip and purl, with no other elements to disturb the connection between the green and the gold. 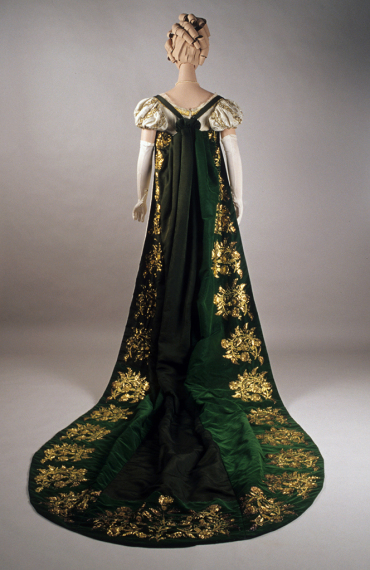 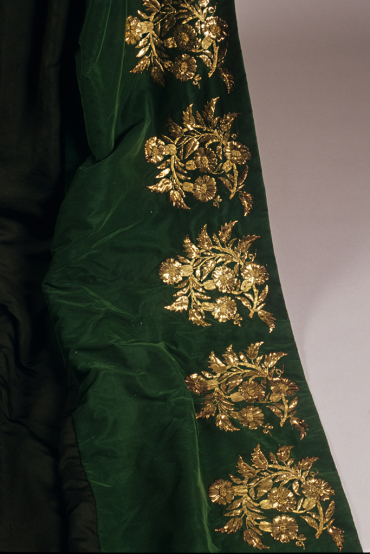 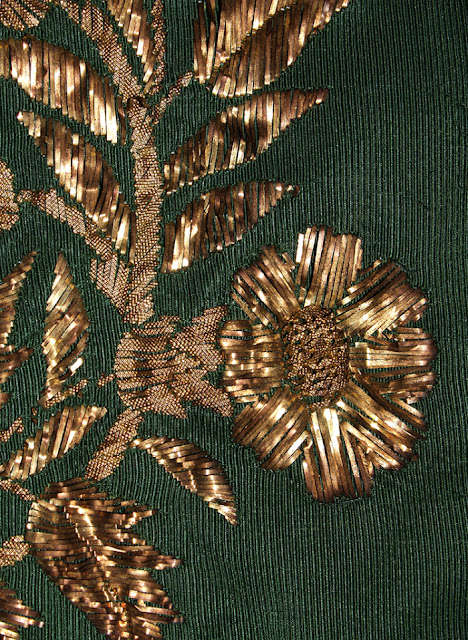 Of course, the survival of a pair of garments of this sort is mostly due to their fabulous costliness, and the fact that they may have only been used a few times, so wear and tear would be minimal.  As well, among titled families it was commonplace to retain such garments as family keepsakes, carefully tended, and kept away from children's playrooms, which is where a lot of older clothes ended up. 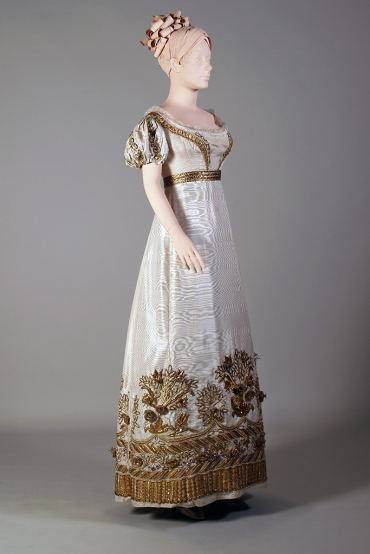 It remains for us as an example of very high craft, and of the long, but narrow list of requirements for correct appearance at a royal court.