Though the Spencer style jacket began as a military garment, a waist length, double breasted coat. It was named for the 2nd Earl Spencer, George, who supposedly had a coat altered after its tails burned somewhat in the coals from a fire.  It became a hugely popular ladies fashion that held sway for about 20 years. 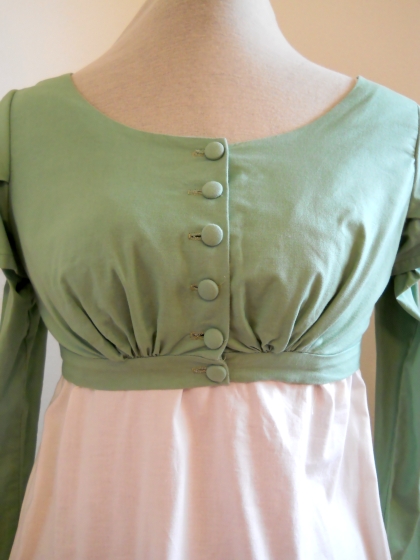 In definition the Spencer as it came to be known for women was a jacket that ended right under the bust, having full length sleeves, and a shape that exactly copied the shape of the dress beneath.  As such it was fashionable for only a short period, then its definition changed, and now Spencer is a term used for any sort of short jacket or coat.  The Spencer as it was known from 1800 to 1820 has vanished entirely, it's meaning and function altered.  In this way it is exactly like the metamorphosis of a spoken language word that can change definition, and usage over time. 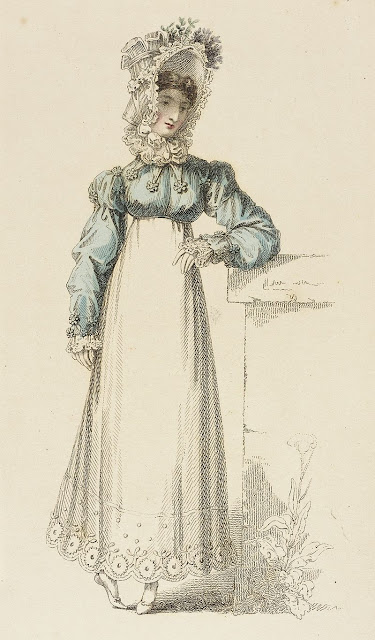 During it's short primacy it had endless variations from dead plain, to lavishly decorated.  As a practical garment it had little real value, since it covered so little of the body.  But part of what it did do was allow a lady to be suitably attired for town with minimum additional clothing.  She could grab her Spencer and hat, and be ready to go, where other options required greater time and effort.
There was another thing that made the Spencer an attractive accessory item. It was small enough that it could be made up at home quite easily, and required little material to create. Also, it was a perfect small canvas onto which a skilled woman could display her sewing artistry.  It's size also meant a woman could use up small bits of things she had about, to embellish it.
Here are a few examples of this altered Attire word.  It was charming, illogical, (as so many garments are), but in it's day, indispensable. 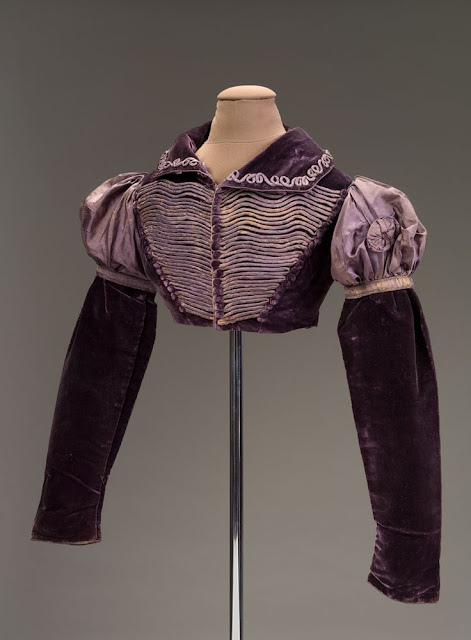 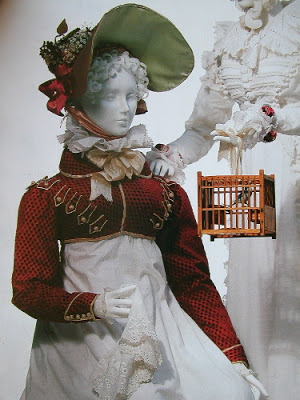 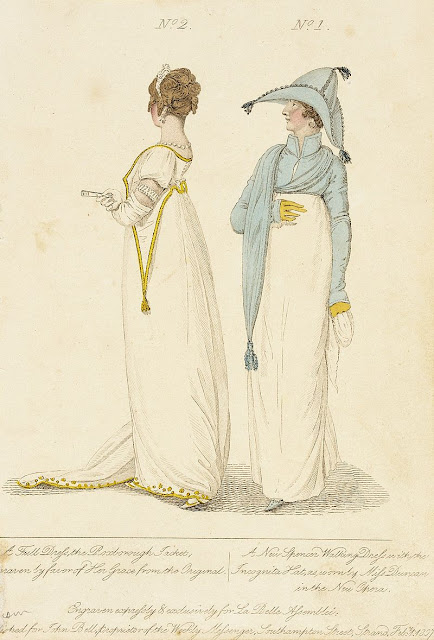 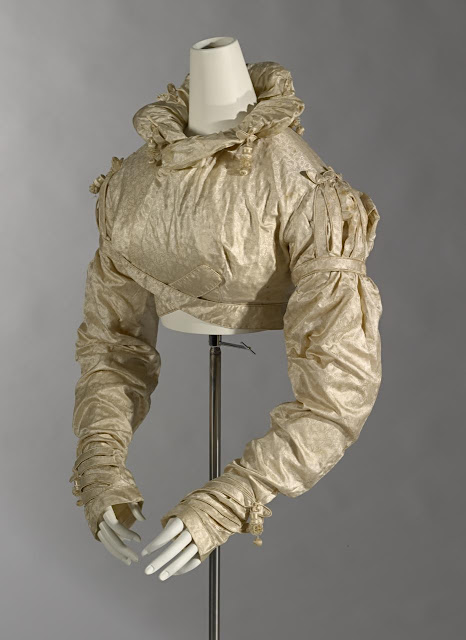 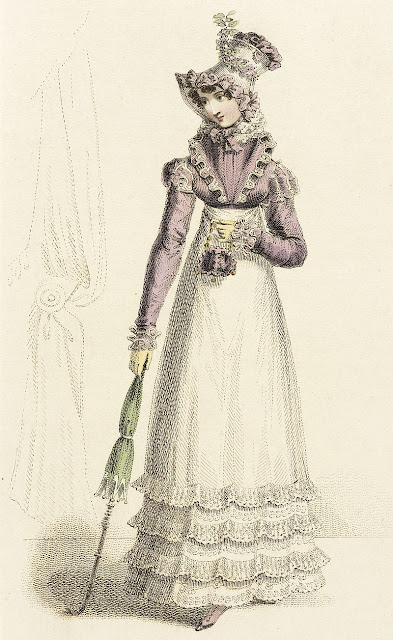 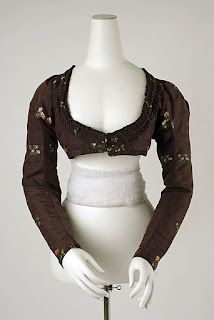 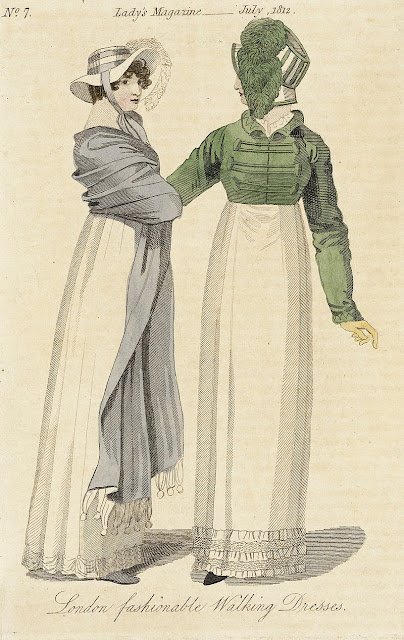 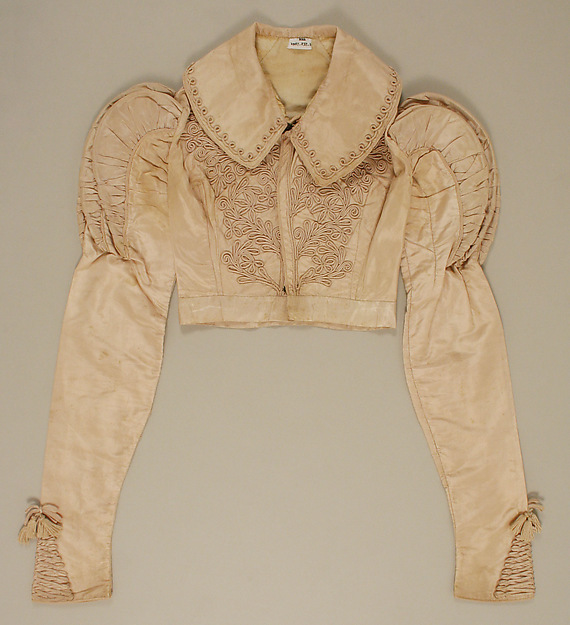 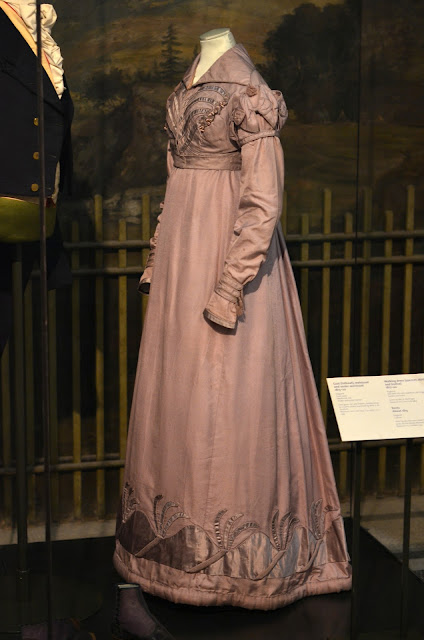