How is it that we got so enamored of jewelry?  Where did it start; and where does it take us?
I can only suppose we began, even before we clothed ourselves, with adornments of leaves, bark, teeth, bones, shells, feathers, rocks any other materials we could find that we thought were pretty, or gave us some sympathetic connection to the rest of the world. 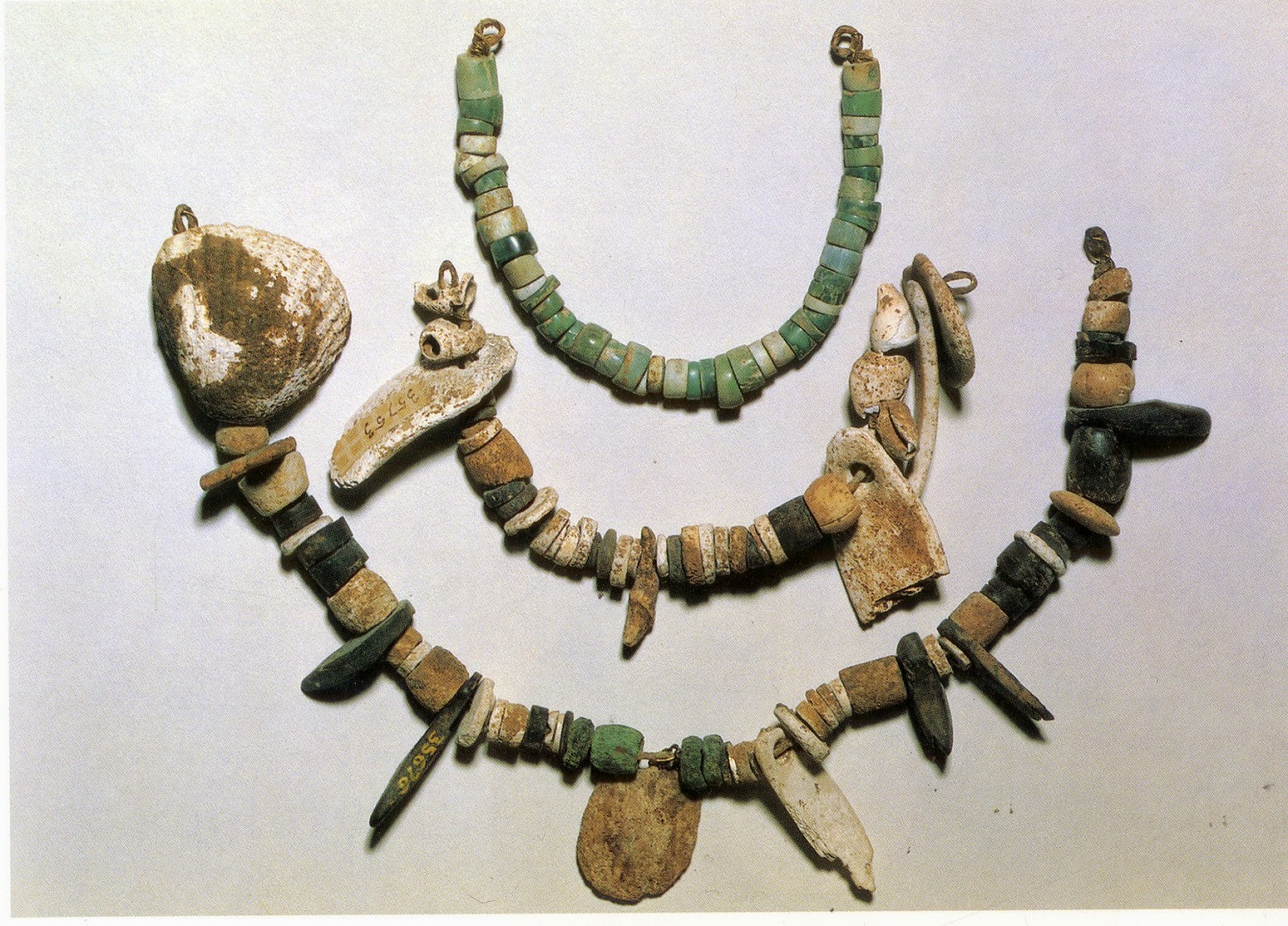 -prehistoric stone and bone jewelry-
To my mind what this sort of adornment does, beyond what our other attire can give us, is an immediate elevation above and outside of ourselves.  When we put on some kind of jewelry, we become more than our personal reality. We claim a greater power, sexuality, status and influence over the world than we may truly possess.
Its really far more than a simple magpie love of shiny things, though to an extent that plays its role. It is clearly something very deeply held, since every culture, everywhere, has its slice of the adornment pie. 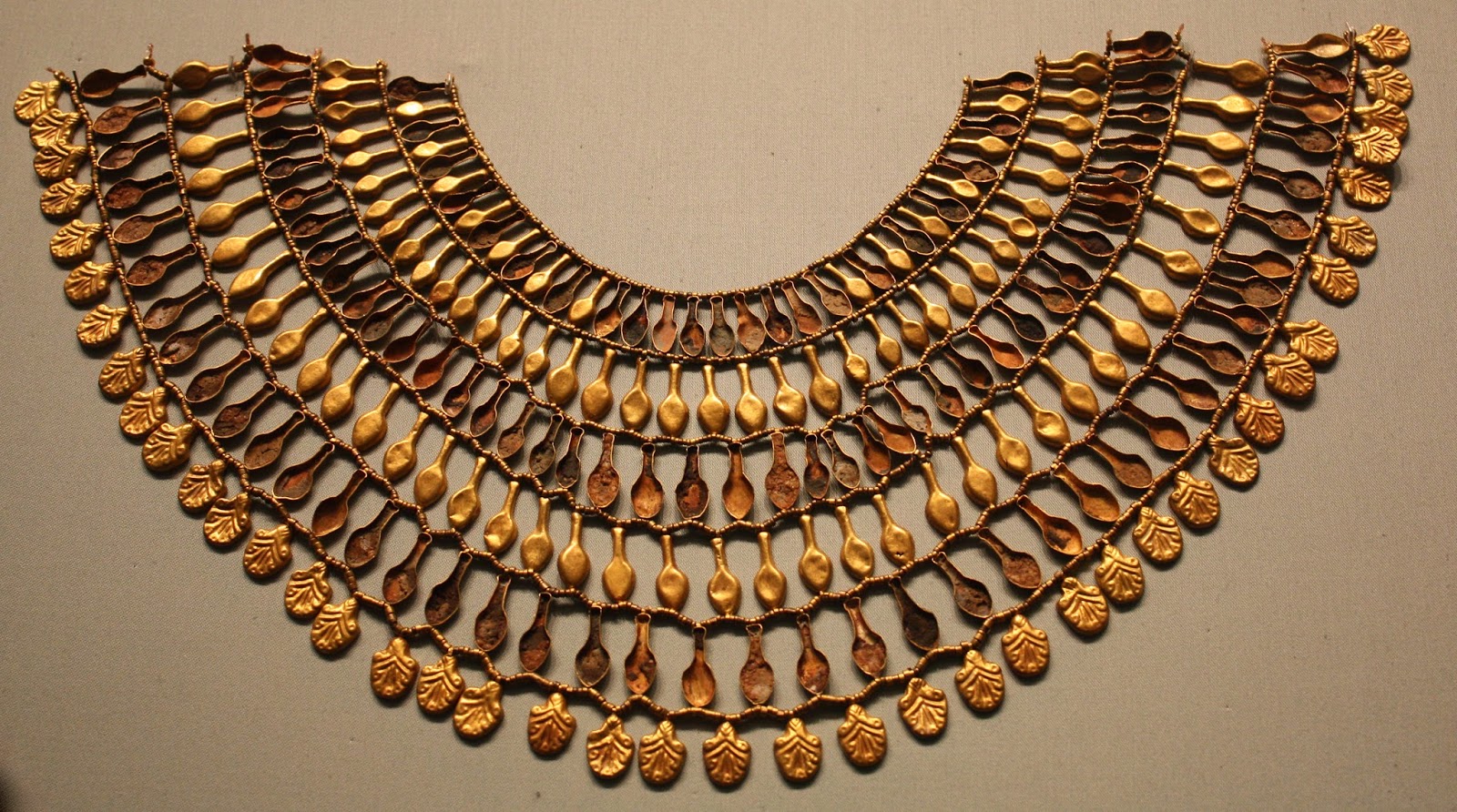 -Egyptian gold necklace-
Looking at how jewelry has changed over time is an ascending curve of complexification.  From simply winding sinew around a rock or some feathers and tying it around our neck or arm, we learned to carve, cut and otherwise shape these first items of glamor.  When we learned how to manipulate metals we added them into the mix and transformed jewelery forever by using metal's combination of workability and durability to create the matrix into which these rare and wonderful things were placed. 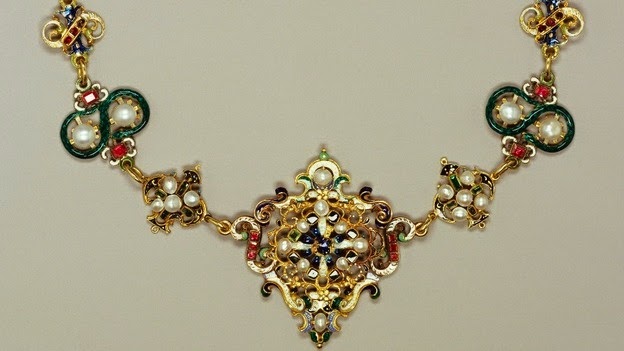 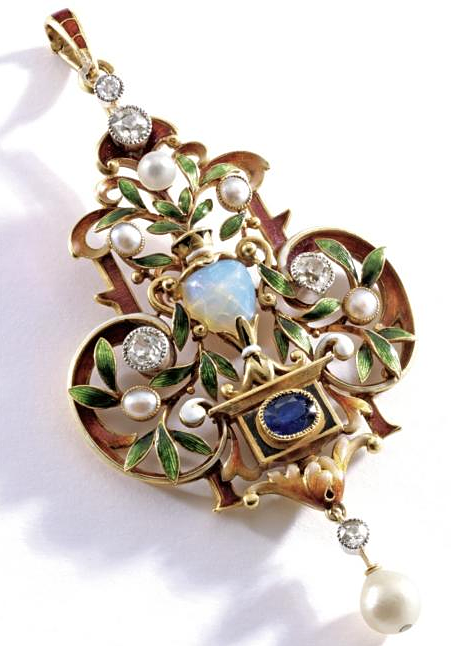 That skill with metals became greater and greater, allowing staggering things to be done with the display of the hard won stones we grew to admire so greatly.  By the Renaissance the art of the jeweler had reached amazing heights. Enamels and pearls mounted with polished gem stones in settings of extraordinary inventiveness and beauty came rushing out of the workshops of jewelers all over.  And that skill set continued to improve and gain more expressive range as time went on. 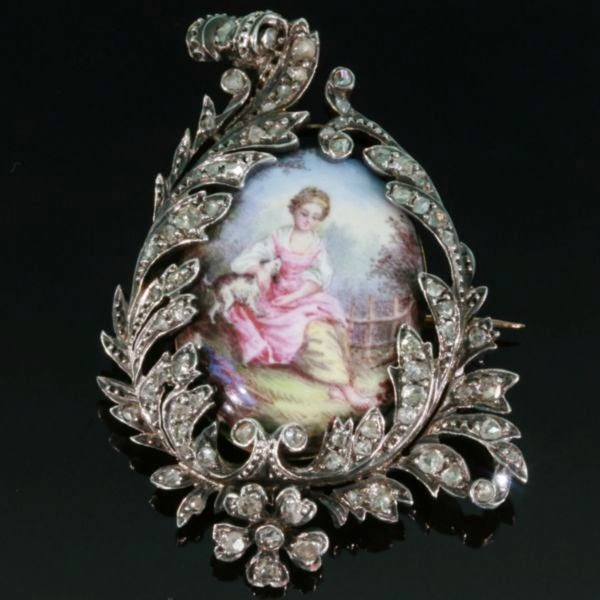 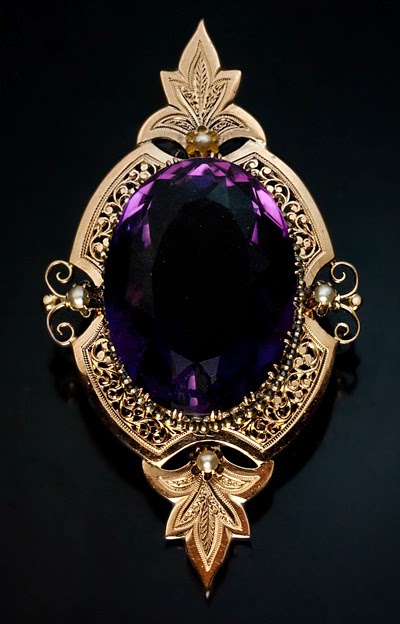 Considered by many to be the apotheosis of the jewelers art, the work of House Faberge added the considerable influence of technology to the already voluminous extent of what was possible.  Their work with precious metals and gems that included mechanics are routinely displayed as the best of the best, regardless of whatever sometime taste issues might appear. 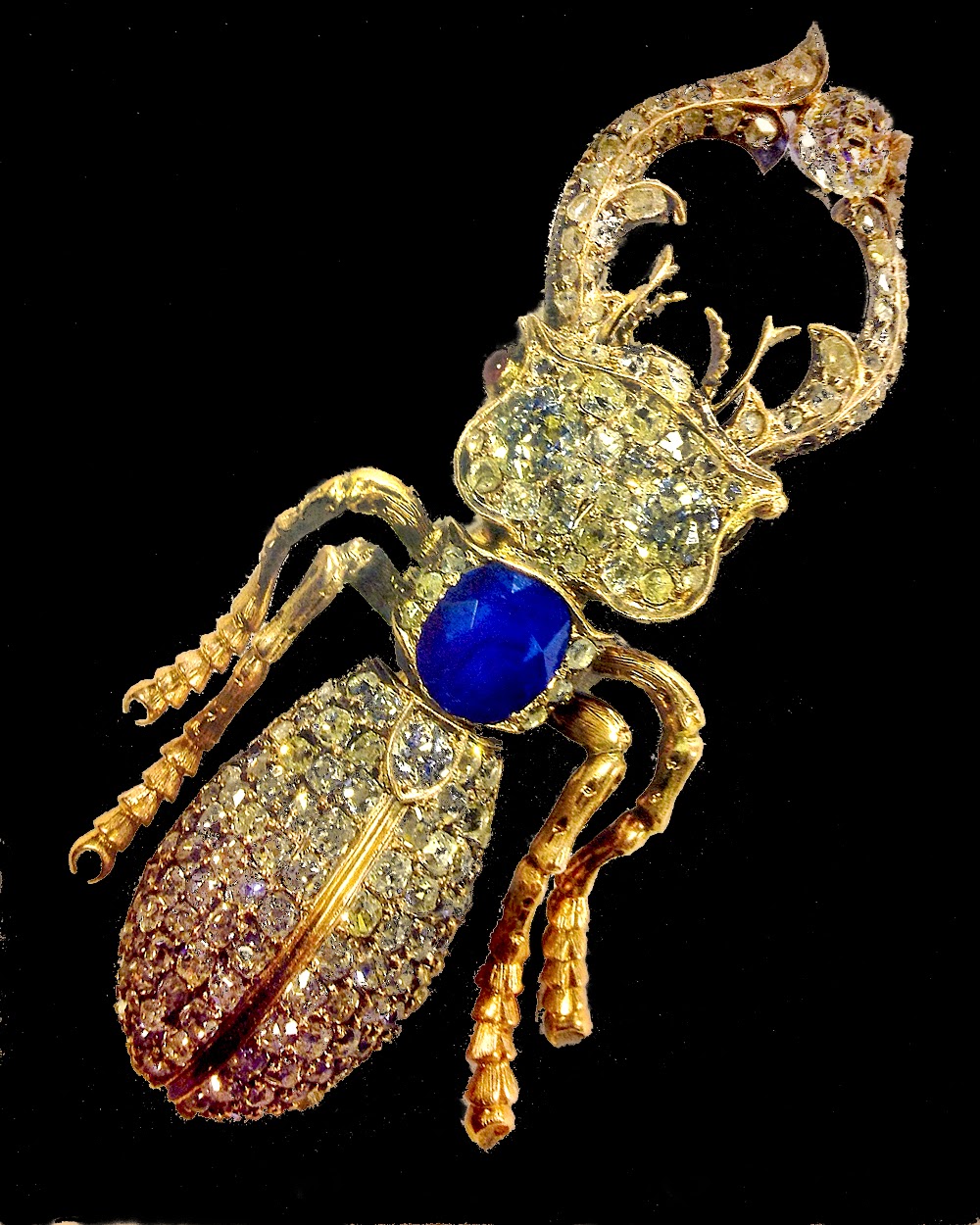 And now, with lasers, computers and other technological advancements laying in the jeweler's tool box, things are being done that are blowing the lid off of what was in some ways a hidebound traditionalist craft. 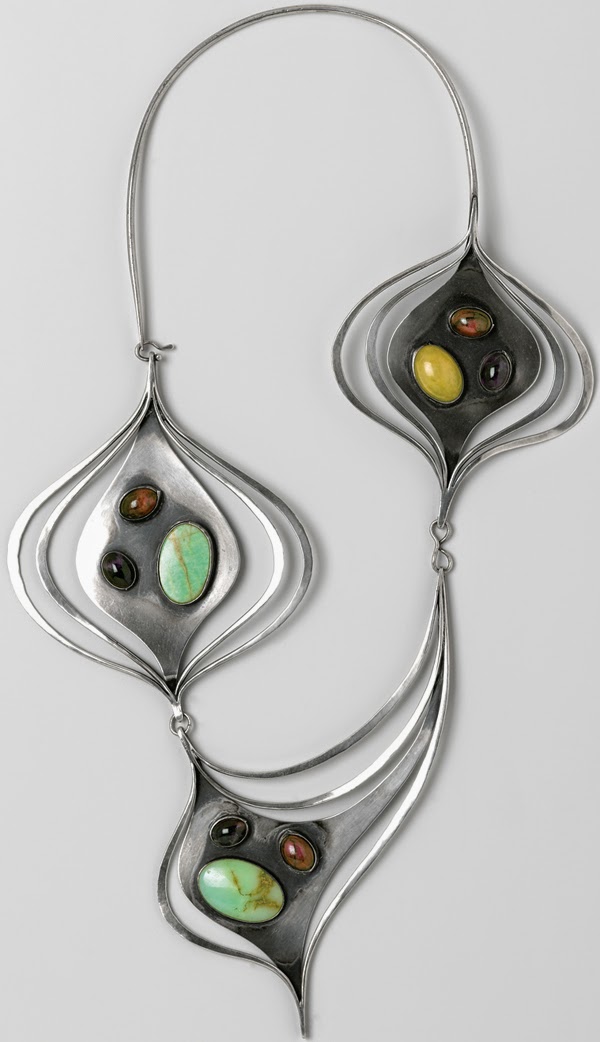 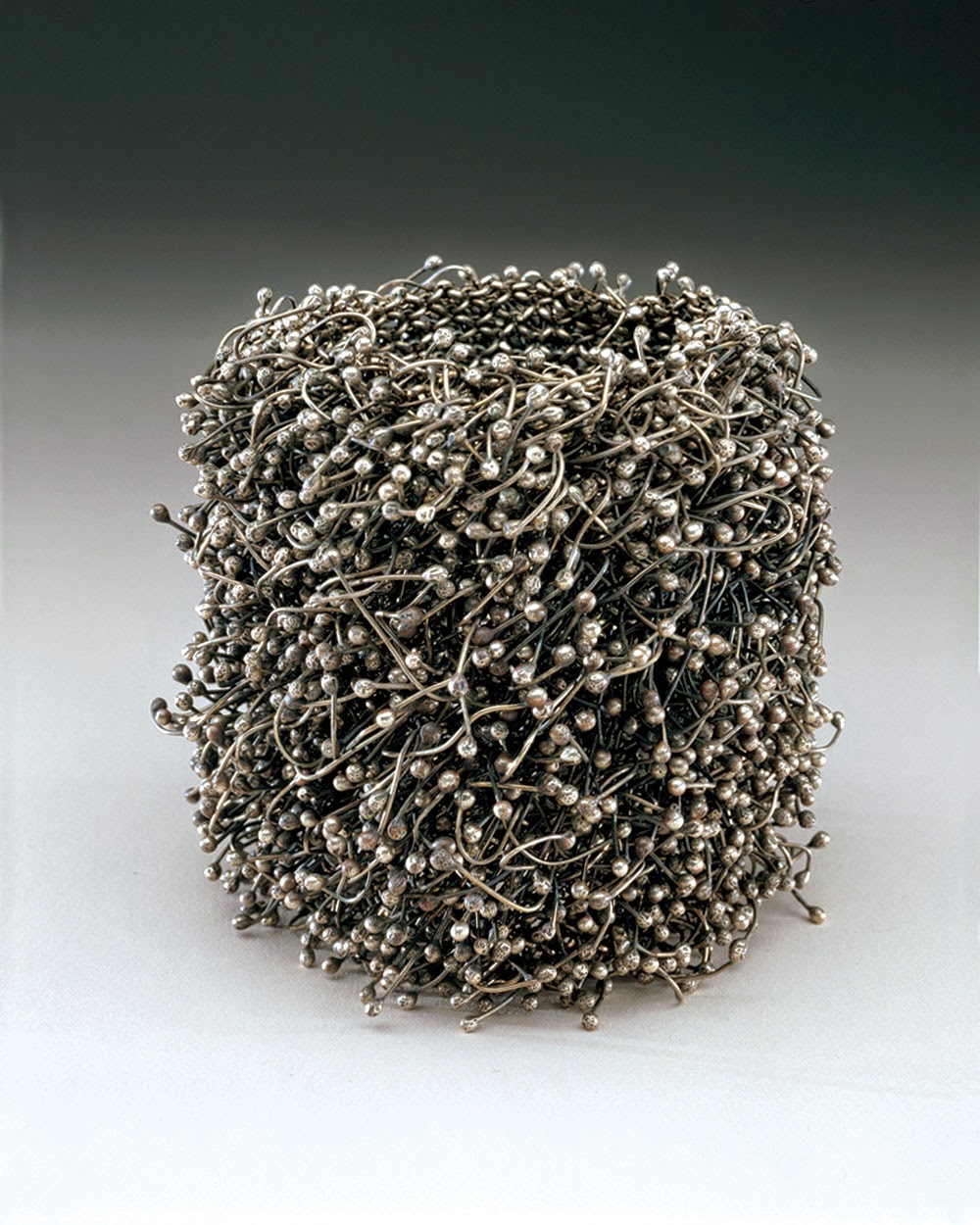 -necklace by Arthur Smith-
-bracelet by Helen Druitt-
But, back to the questions I asked at the start. I think we got our taste for jewels the minute we saw a pretty rock gleaming in a shallow stream, or watched as a brilliant feather fell from a bird's wing.  We wanted then, as now to possess them, in every sense of that word.  We wanted to be able to bring them into ourselves and in so doing make ourselves over into something more.
Where does this take us?  It allows us into a fantastic realm in our heads, where all things become more possible.  A young girl getting her first piece of real jewelry is suddenly more than a young girl.  A boy getting his first pair of real cuff links, or his first really good watch is transformed in some subtle way, and will never revert to what he was. It is amazing, is it not, that such tiny things, exert such power, but they do.
As technology makes industrial gems of greater and greater quality more readily available, the day will inevitably come when natural stones will cease to have their cachet, and the glitter of faceted jewels will become more commonplace.  I doubt very much if we will suddenly not care anymore about them though.  We love the shiny too much for that. 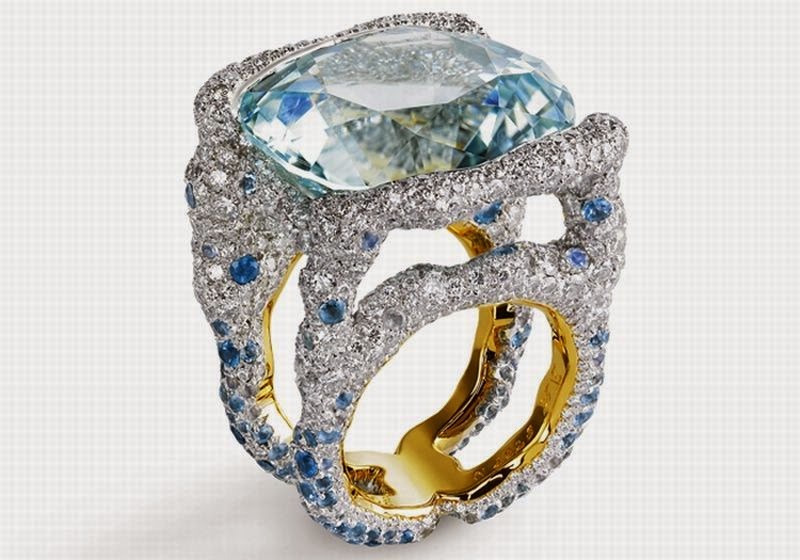 -contemporary Faberge ring-
Posted by Paul G. Ellis at 7:25 AM