Out of the vast lexicon of terms in the Attire language there is no single article with the breadth of expression, versatility of use and unabashed extremity of creativity besides the hat.  Headgear of some sort has been with us from the first; and is to this day used routinely to place someone clearly in our minds. We use hats to associate ourselves with religion, with political movements, with professions of myriad sorts, and with class and popular culture. 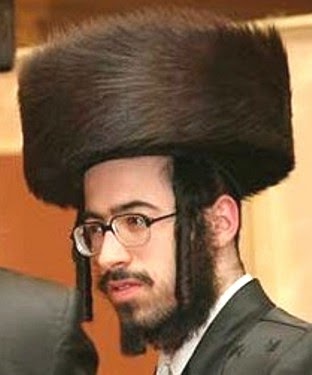 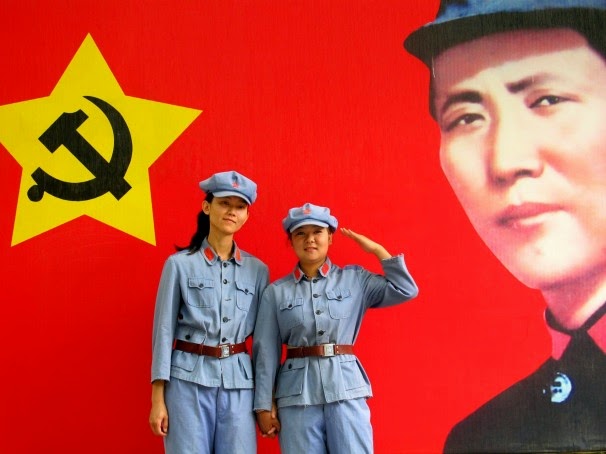 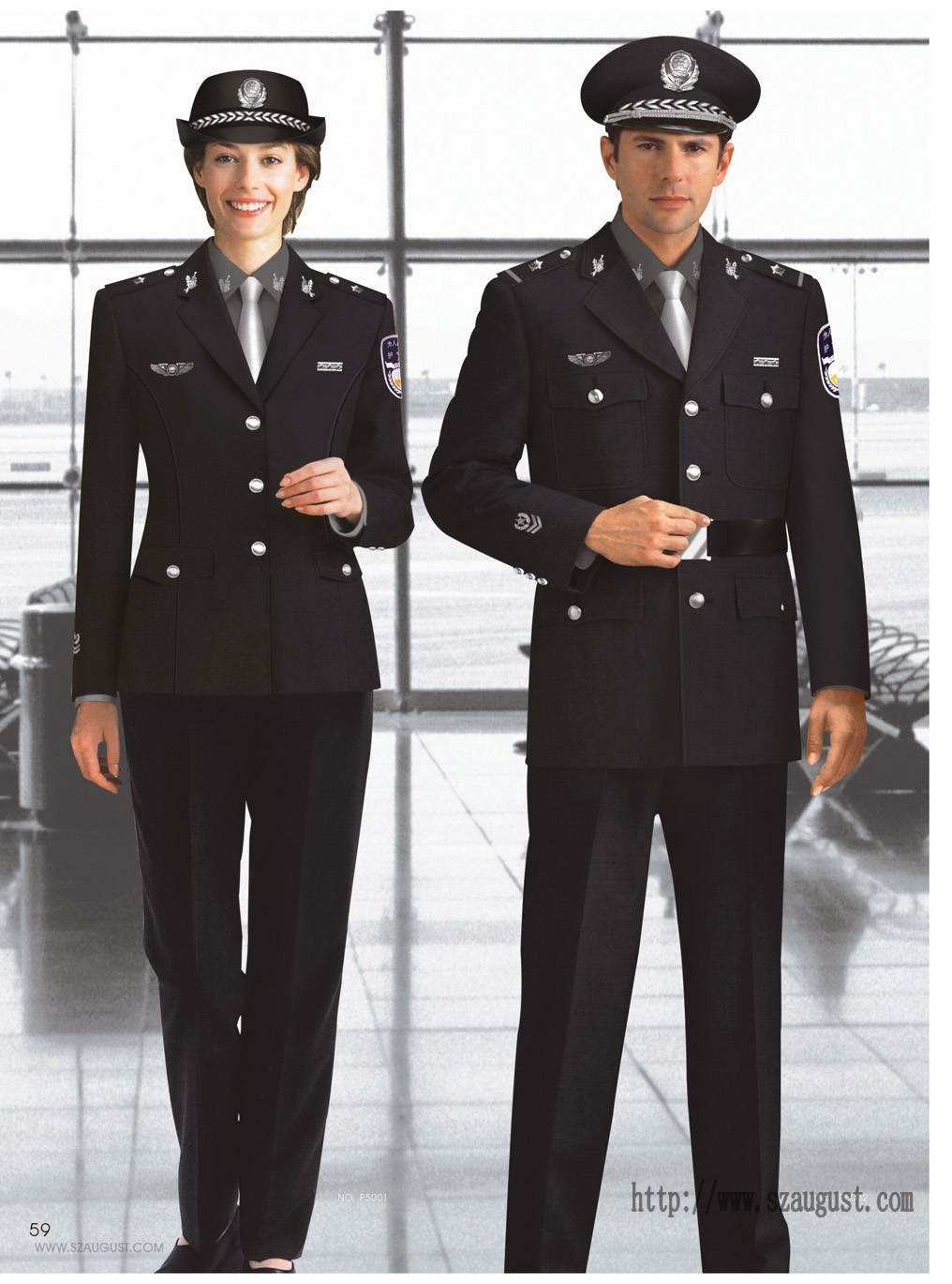 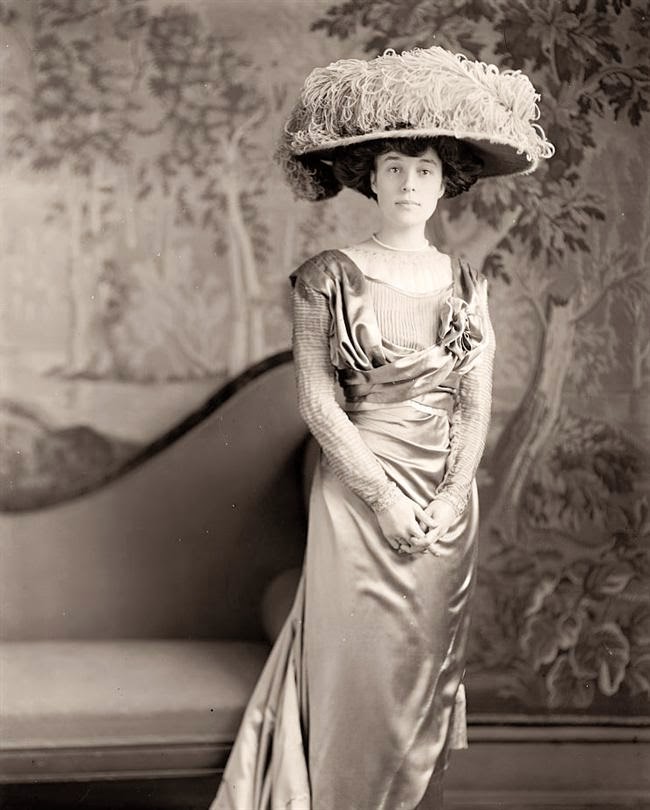 Serious or silly, worldly or colloquial, hats are one of the few places where individuality is actually supported and encouraged.  Though in various periods of time certain styles predominated, the range within those styles was vast.  And at other times, particularly in women's headgear, the sky was quite literally the limit.

The flat cap pictured below was worn by many men of the Renaissance from the laboring poor to the wealthy and titled.  The difference was only in the materials used and the amount and type of embellishments, which could have, and did include precious gems. 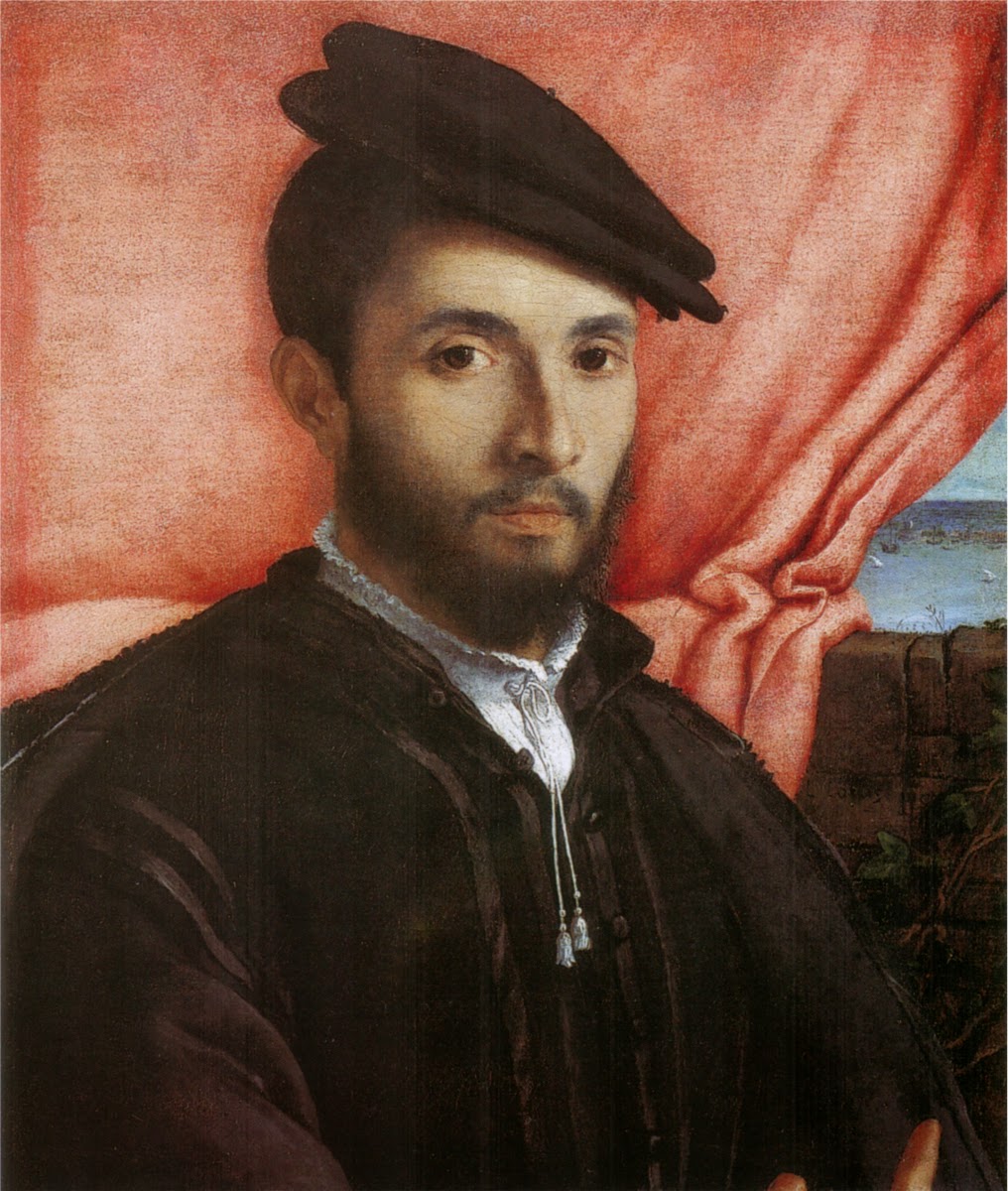 And this style of hat from the same period is the predecessor of the mortar board hat which has become synonymous with university education. 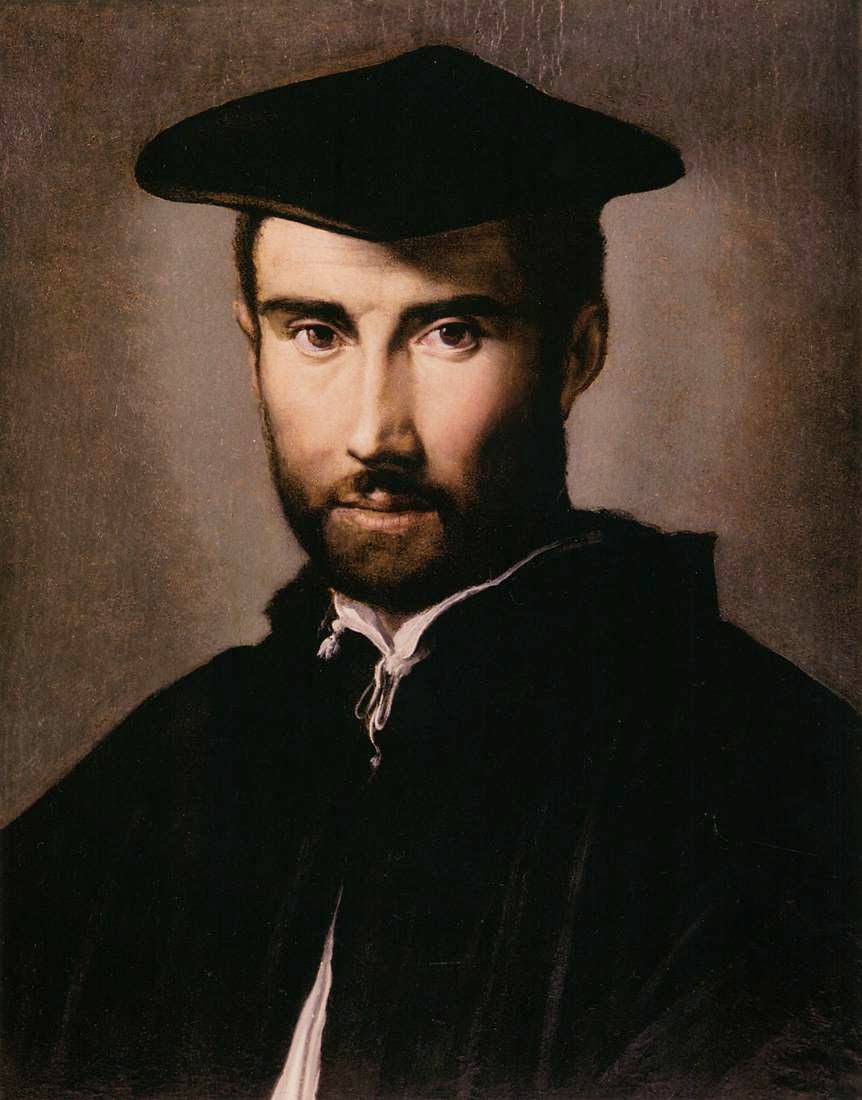 Hats can be so specific of use that they belong to one person on earth, like the unique headgear worn by the Doges of Venice, or hats can make us members of a vast and varied group of people, like the Red Hat Ladies. 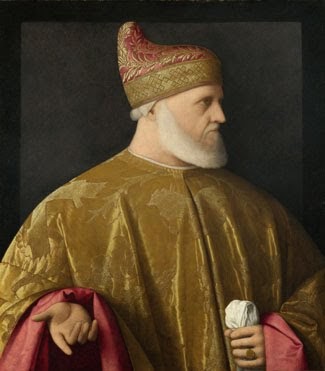 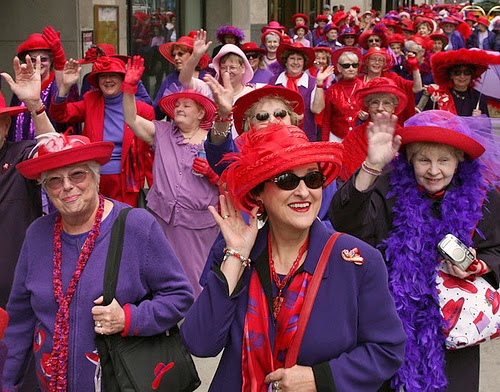 But what makes hats so wonderful in the main is the incredible range of use and creativity brought to bear on what could be a rather prosaic object.  There is not a state of mind, no intellectual position, no desire, that cannot be expressed with the wearing of the right hat.  And when we can't find one, we can, and do make them. 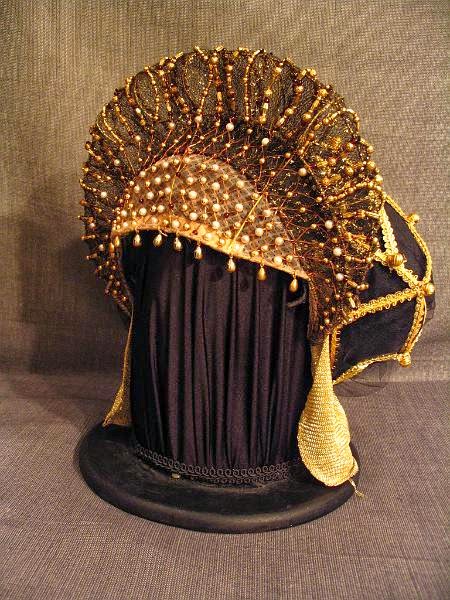 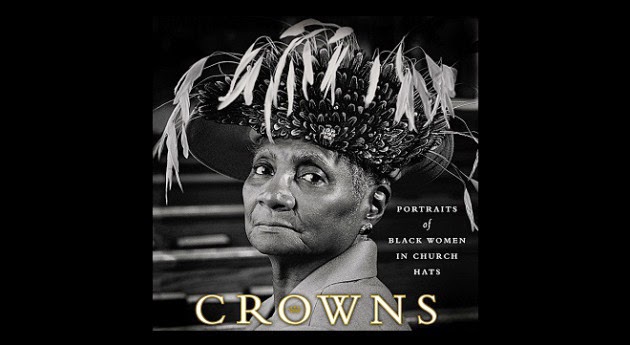 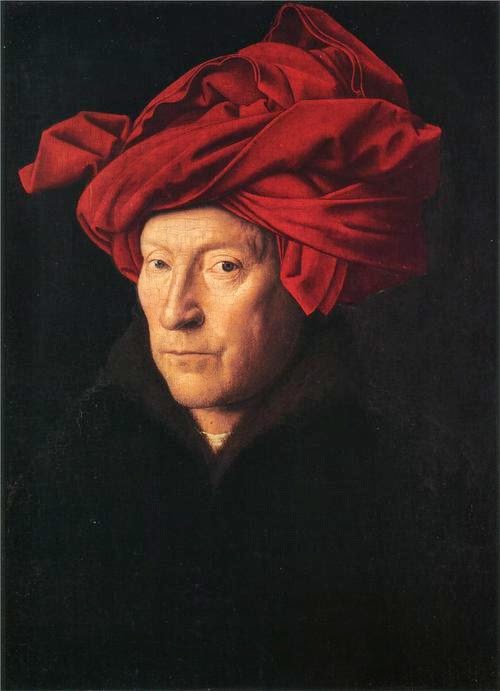 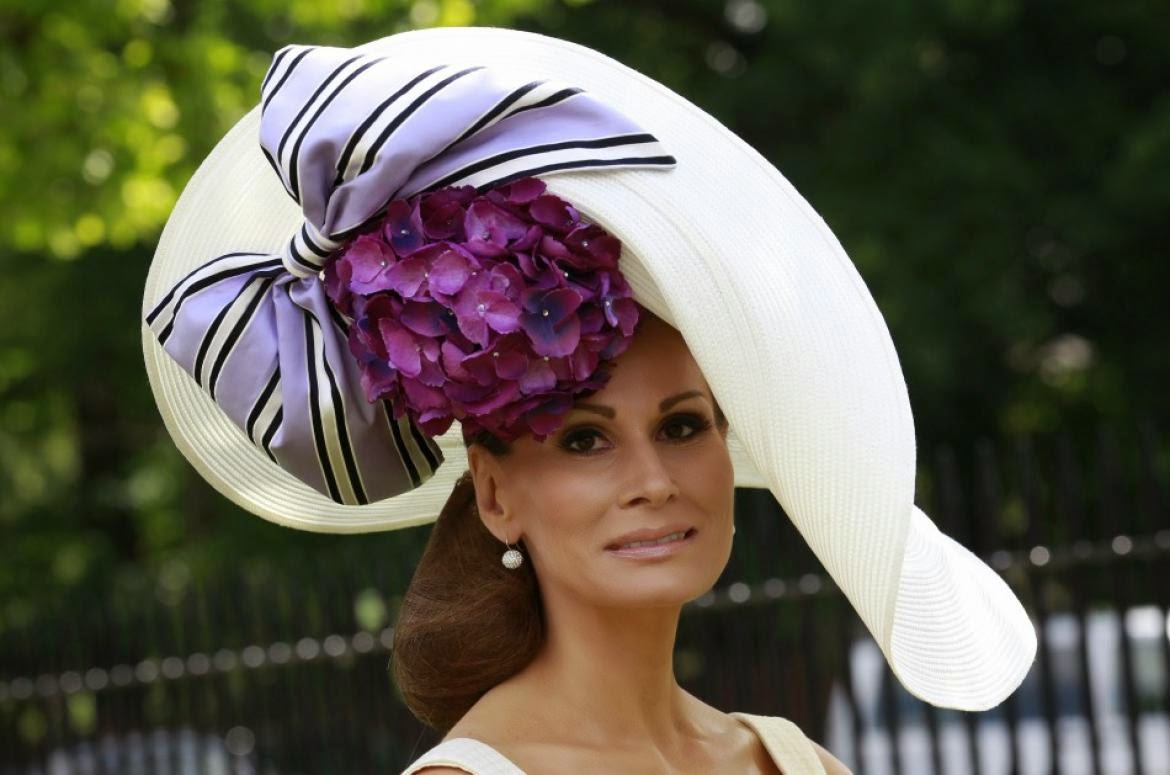 The ability of a hat to instantly create connections in our mind is very real.  A straw boater conveys notions of some jaunty boulevardier on his way to meet a lady while a stetson instantly creates images of prairie and herds of cattle. They can even take us into a dark fantasy, like Margaret Hamilton's now famous hat. 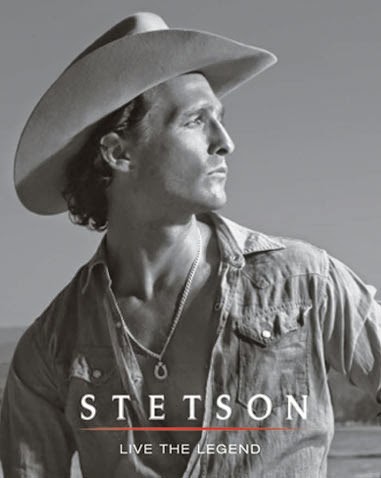 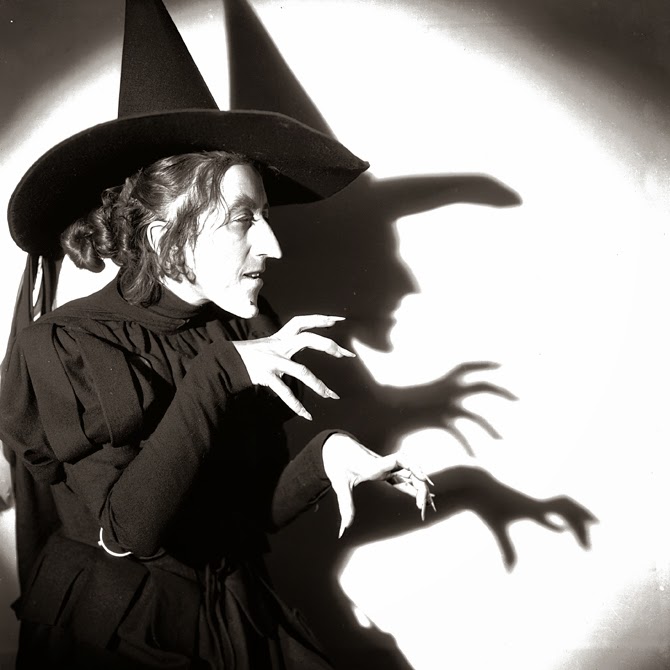 Whatever our conscious reason for wearing a hat it carries a layer of meaning we often don't recall.  Whether it is the baseball cap that aligns us with out favorite team, or a piece of fetish gear meant to create a very specific response, our headgear choices are the most wildly improbable and varied part of the sartorial language.
For myself, I could wish we were in another age of great hats, but just now there is less choice and expression than in other days.  But I am sure that times will change yet again, and the hat will come back to its greater place in our culture.