How Did This Happen?

Some time back I did a post chronicling the death of the peacock male and the sputtering attempts to bring him back to life.  But I thought perhaps it might be a good idea to look deeper into how he came to die in the first place.
There were four major things that caused his ultimate demise.  The first and most potent was the French Revolution.  Prior to that point men were the equals of women in their splendor.  Extravagant brocades, acres of lace, lavish embellishments of embroidery and paste stones, fur and gold and silver thread work were the order of the day.   When the Revolution came aboil it was no longer healthy or wise to be seen dressing like an aristocrat, even if everyone knew you weren't one. It implied political sympathies that could and did get people killed in great numbers. 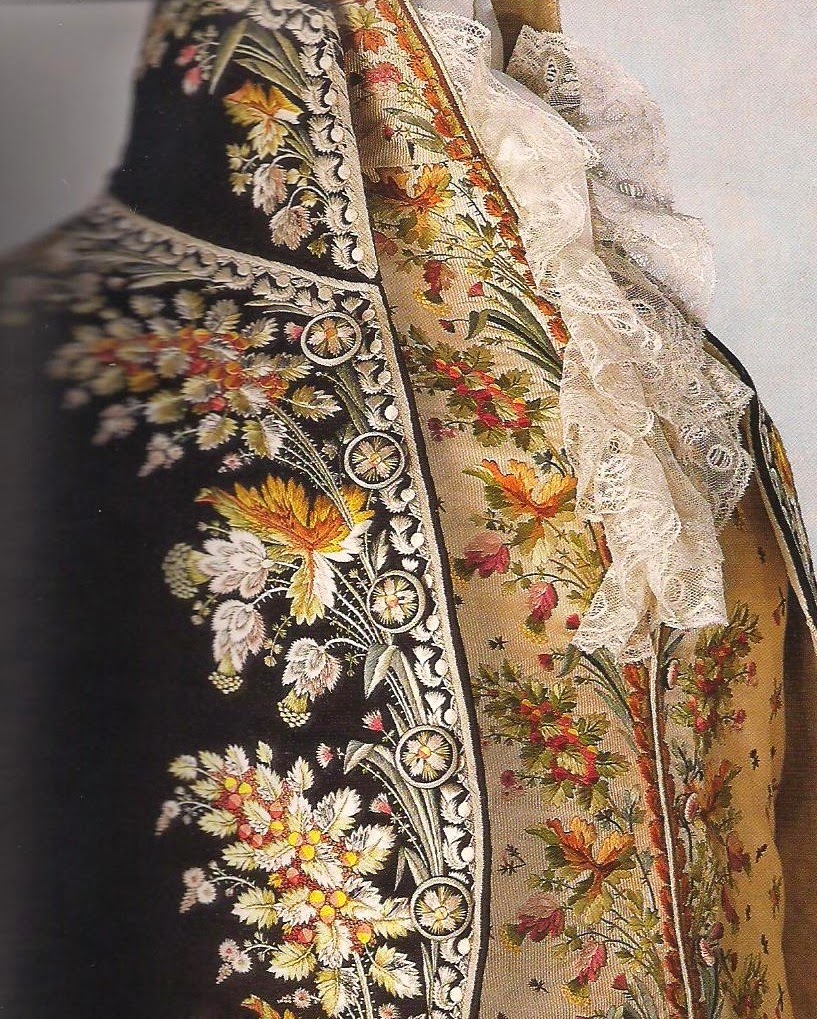 The sartorial reaction was to create new styles that were observably simpler. Solid colors and stripes became the norm for men's clothes. Florals were relegated to the waistcoat only.  Now to be fair, menswear was still quite colorful, and capable of extreme expressions, but the overt signals of wealth were edited out.  The most significant change though, was the beginning of the wearing of pants.  Previously pantaloons were the exclusive province of the working poor.  But they were quickly co-opted by the Revolution as being more democratic, and so breeches were eased out, pants were eased in. 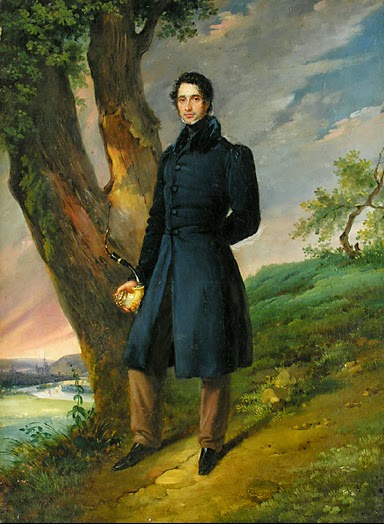 The second factor in the slow death of the peacock male was the rise of the Arcadian Ideal as presented by the writings of Rousseau and Voltaire.  In their works they championed the notion that a life lived well was one lived in greater simplicity, and closer to the earth.  (sound familiar?  It should)  The effects of this started to be felt in the French court when Marie Antoinette began to dress in a far simpler fashion, eschewing the often outrageous choices she had made before, and attiring herself in relative simplicity.  Its an intriguing side note to know that Antoinette's favorite milliner, a woman named Rose Bertin, didn't change the cost of her clothes one single sous, even though they must have been infinitely cheaper to produce.  So the subtle pressure of public opinion was being supported by learned writings, and through that support gained more credibility among the population. 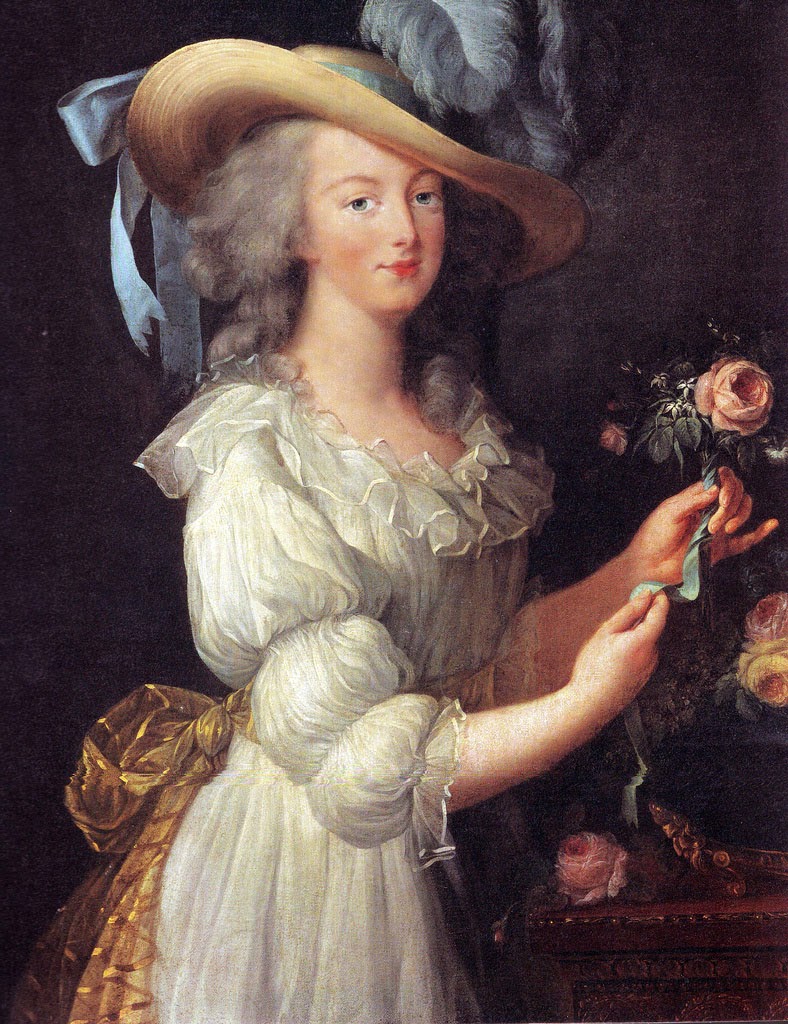 Connected to the notion of the Arcadian Ideal was the image of English country living which was gaining ground as something laudable and worthy of emulation. It was perceived that the English dressed more simply and lived their lives far more in tune with the land, and so the styles that were commonplace in England were adopted overseas.  Men's clothes in England at the time were nearly devoid of any obvious displays of wealth, and were being influenced by stylish men like Beau Brummel, who had for some years the ear of the King of England. So the severe editing of men's clothes continued, creating the basis of the suits we wear still. Even the acceptable color palette has remained the same. Black, gray, navy, brown, and to a far lesser extent, tan and dark green were the only colors for men's coats and trousers. Walk into any men's clothing store and you will see it played out in rack after rack. 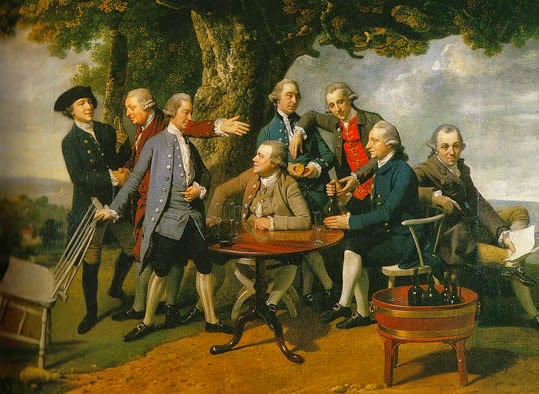 The third thing that influenced the demise of the peacock male was business.  The Industrial Revolution made being in business, for the first time, something to be taken seriously in a social sense.  The men who went into manufacturing and shipping were becoming vastly wealthy in short order.  Needing to be taken more seriously, their clothes began to reflect that in their sobriety and precision of cut.  Of course anyone hoping to get into business would naturally dress themselves in the same way, and so it spread, rapidly.
The final cause of this lingering illness was the growing amount of social conservativism, most strongly expressed in England, but without question being copied to one degree or another all over the western world. As social rules became more complex and more deeply entrenched, the clothing of men contracted and ossified into the rigidly structured, monolithic attire that became the uniform for men everywhere.  The only thing that varied from man to man was the quality of their clothes, in a general sense they were indistinguishable. 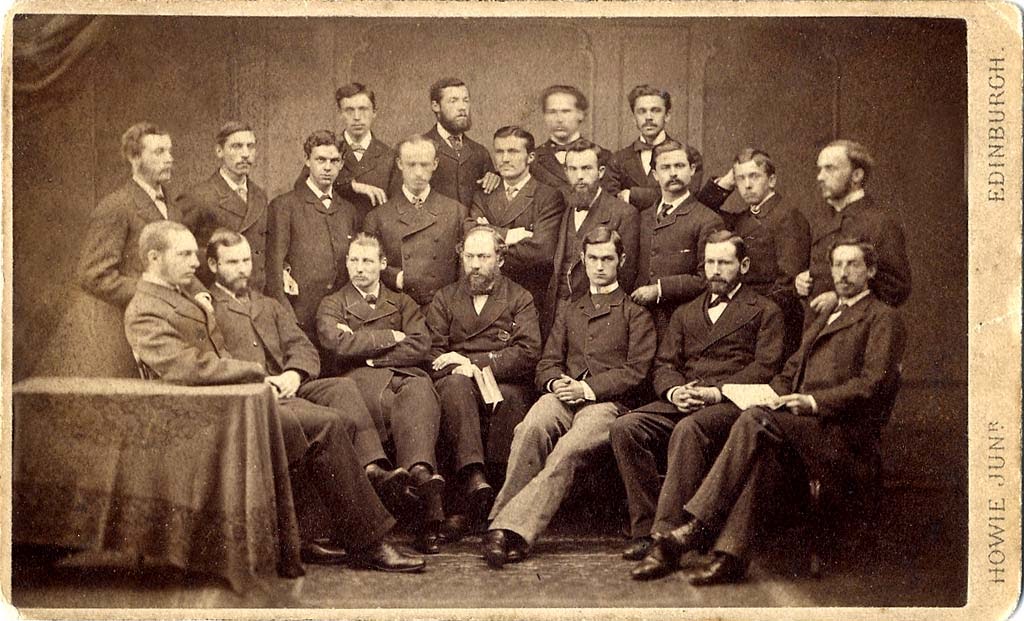 So, by the end of an entire century of slow and steady atrophy, the patient finally expired, primarily of neglect. All that remained of the peacock's splendor was a carefully chosen cravat, a unique set of shirt studs, or a particularly wonderful watch. 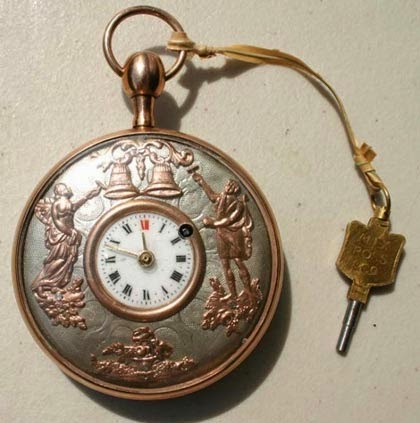 The peacock male died such a long and quiet death, no one even realized he had expired.  No one came to the funeral. No flowers or cards were sent. 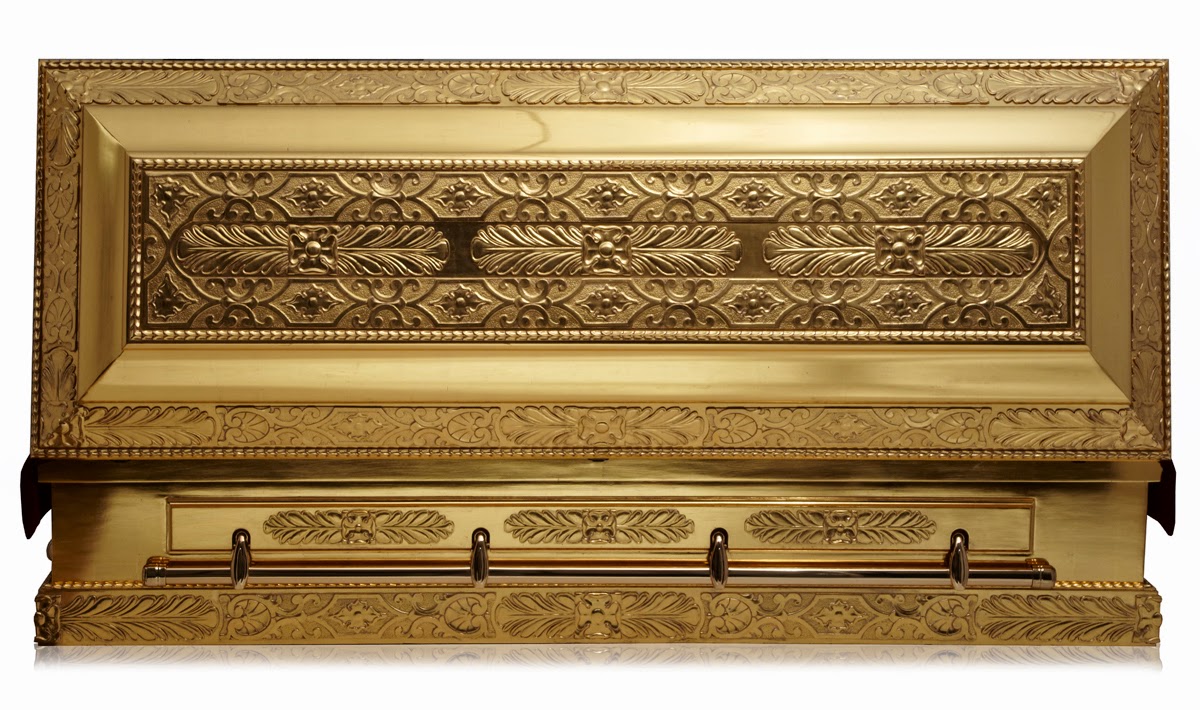