Its that time again.
I do love me a scatter post, I gotta say. I get to share a bunch of things that have no real relationship to each other than that I happen to like them all.
First in line today is a Charles Harbison ensemble from his S/S 2014 line.  I love both the textural interplay and how adroitly the two disparate plaids have been handled.  The proportions are wonderful too.  Sure the ties at the ankles could be real world problematic, but nothing a bit of trimming couldn't handle. 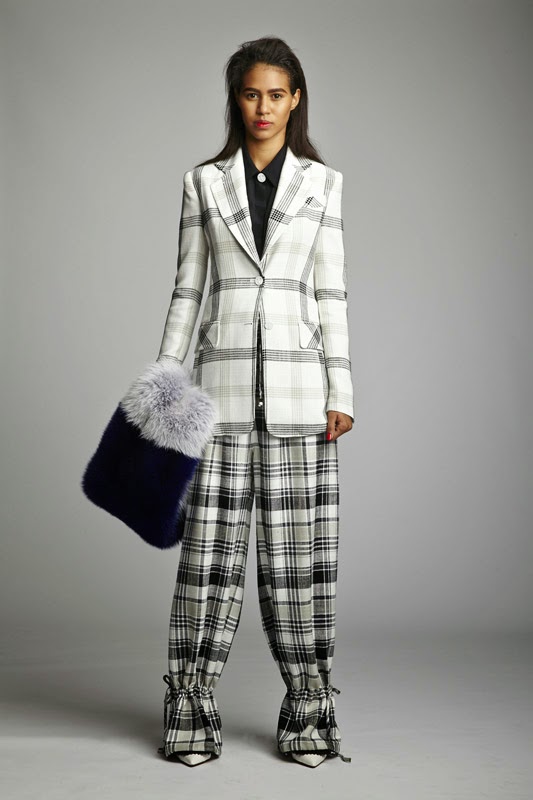 Second: I love this image of silent screen actress Theda Bara costumed as Madame DuBarry. I love it mostly because it is so hilariously wrong from a historical standpoint in nearly every way, but its still a fantastic costume. 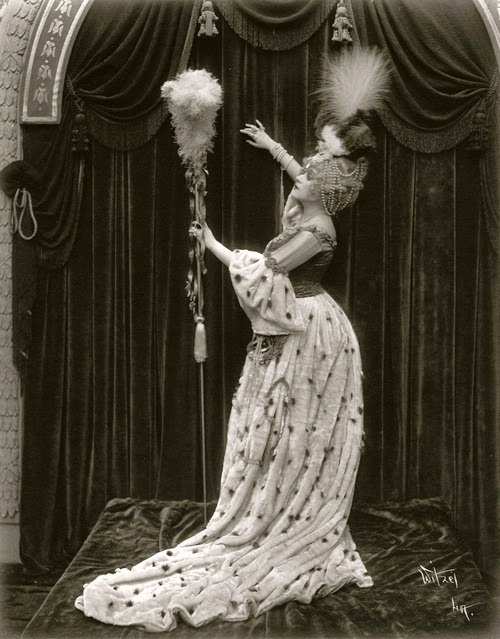 Third today is this detail picture from a 1908 summer day dress.  I love this because of the window it creates to a place where such workmanship was far more commonplace. There was a time when such attention to detail was considered not only acceptable, but nearly essential,  Just look at that work! 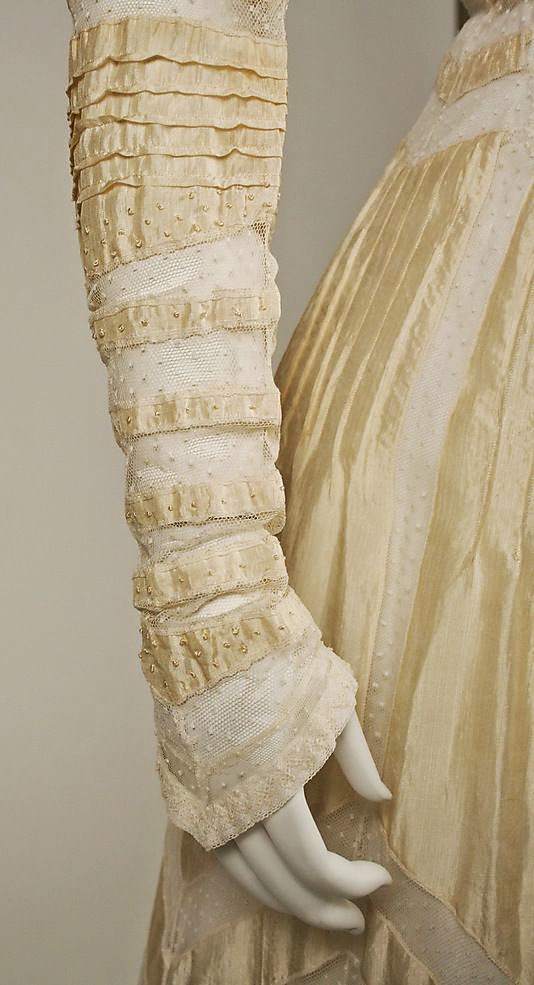 Our number 4 for this day is this magnificent sapphire and diamond pendant brooch which the grabby little glam queen in me covets with considerable heat.  I love the rhythm of the pendant, and the fanning arabesque on the top. (sighs heavily)  If anyone feels like sending me a present,....

This variant on the kilt notion, rendered in stiff dark gray leather is my next entry.  I really like the simple strength of the design and the way it refers to the pleated tradition without actually going there.  And that bod has NOTHING whatever to do with it I assure you. 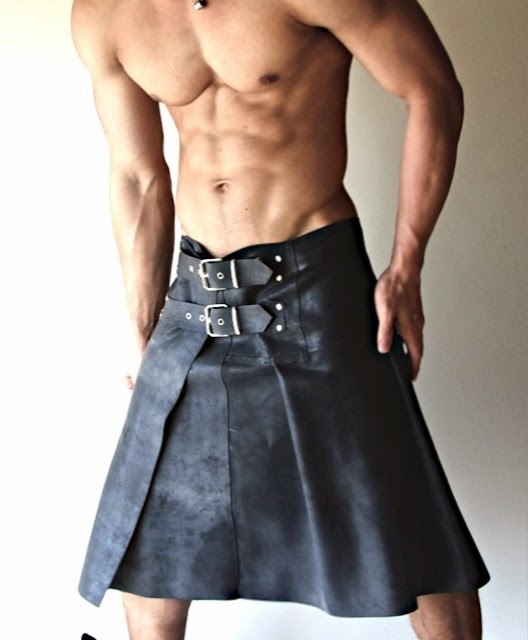 The collaboration of Iris Van Herpen and Daniel Widrig on 3D printed pieces still gives me much pleasure.  Particularly as I muse occasionally about the potential of this technology, and what I may end up meaning to us all. 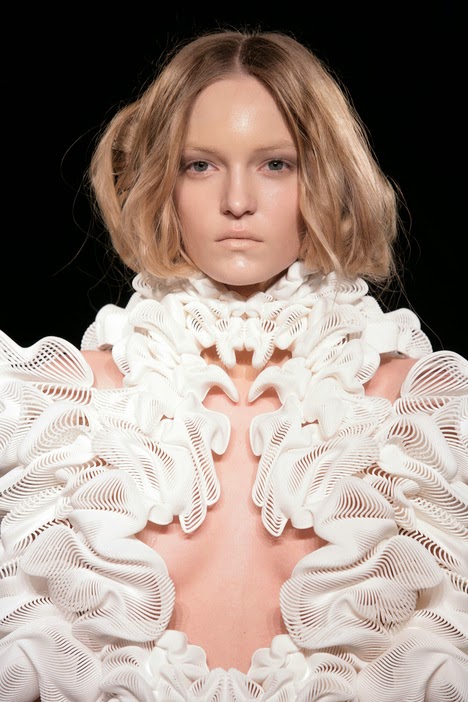 Okay so I admit that, apart from the candy striped shirt with the small ruffled placket, I wouldn't be caught dead in any of this.  But I love this outfit from designer Walter Van Beirendonck for its sheer unabashed silliness.  Yeah it is meant to throw our conventions about men's clothing right in our faces, which I heartily approve of as you all know.  Its also meant, I think, to stretch notions of color balance and pattern use. 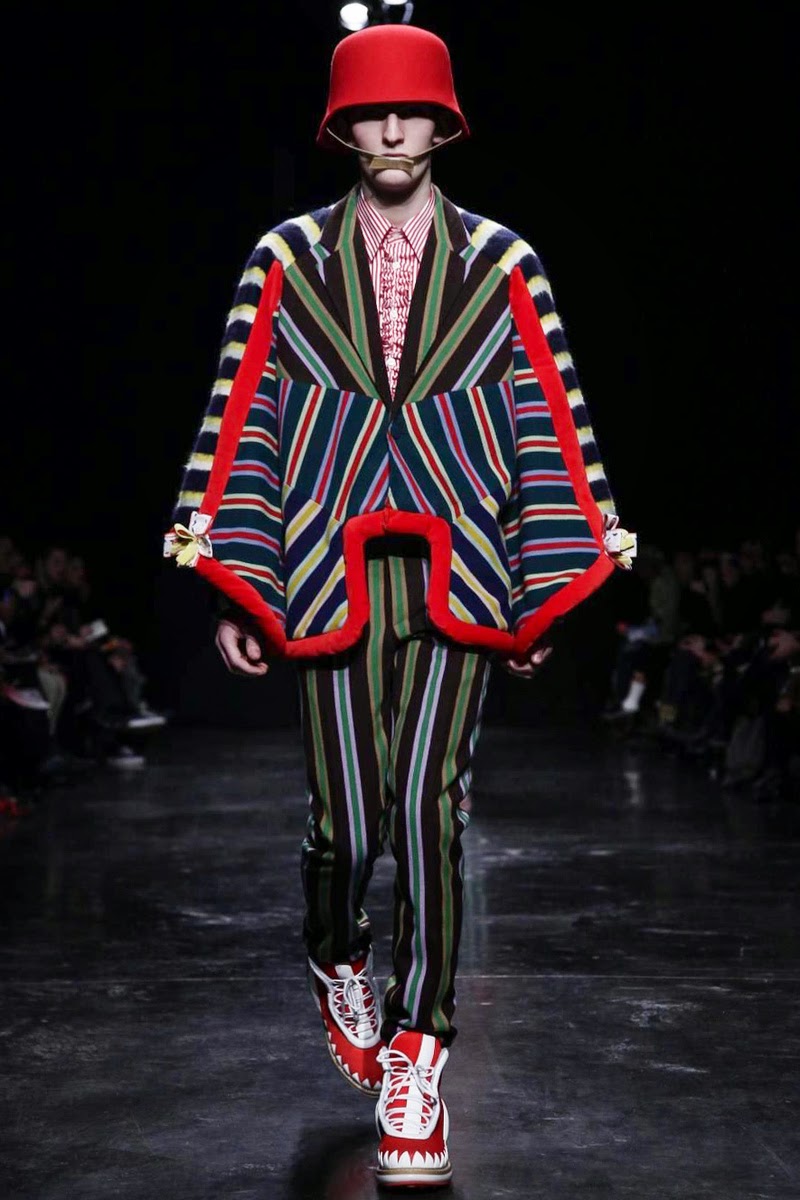 And saving the most sublime for last, this incredible evening coat is from Worth in 1889 and is composed of one of the most spectacular textiles I've ever seen. The fabric is called Tulipes Hollandaises, and is a silk brocade of nearly 25 colors and on a very grand scale indeed.  Worth wisely kept the design of the coat as simple as he could to allow the fabric to sing as it should.  Amazing. 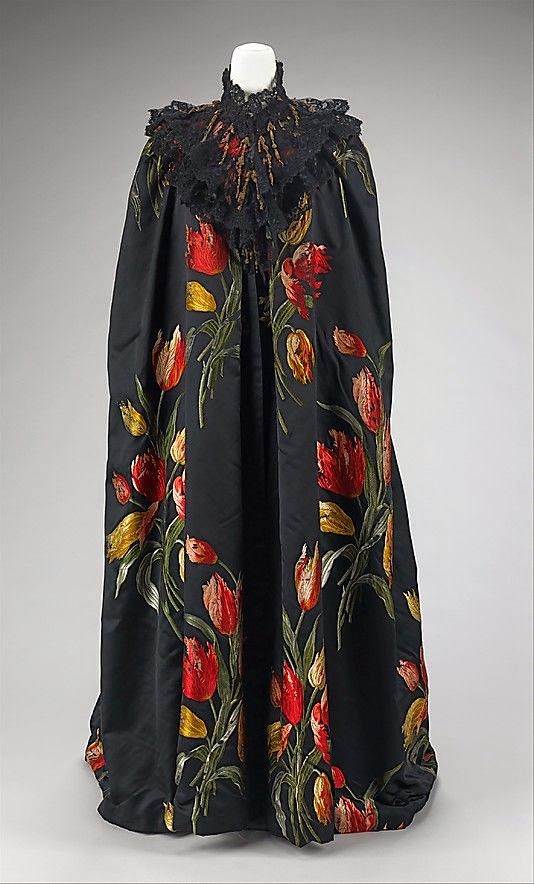 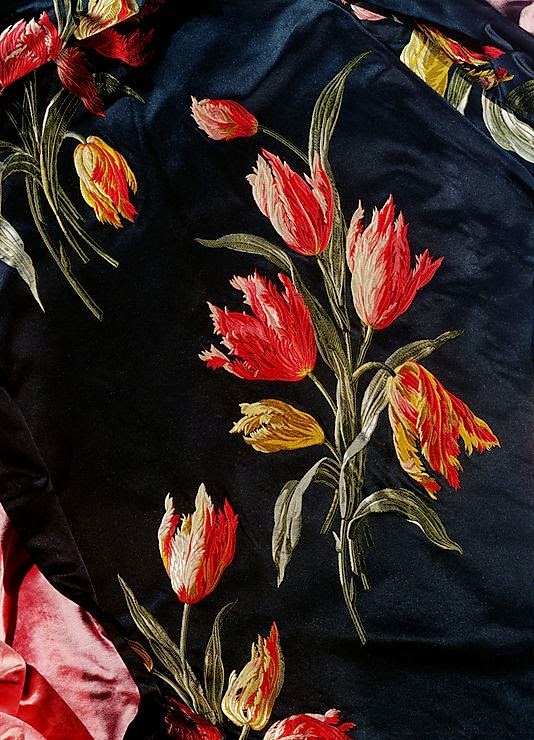 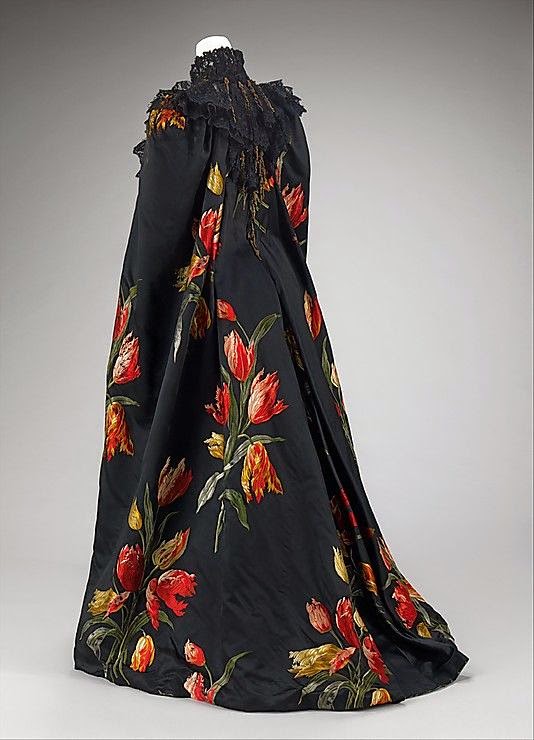 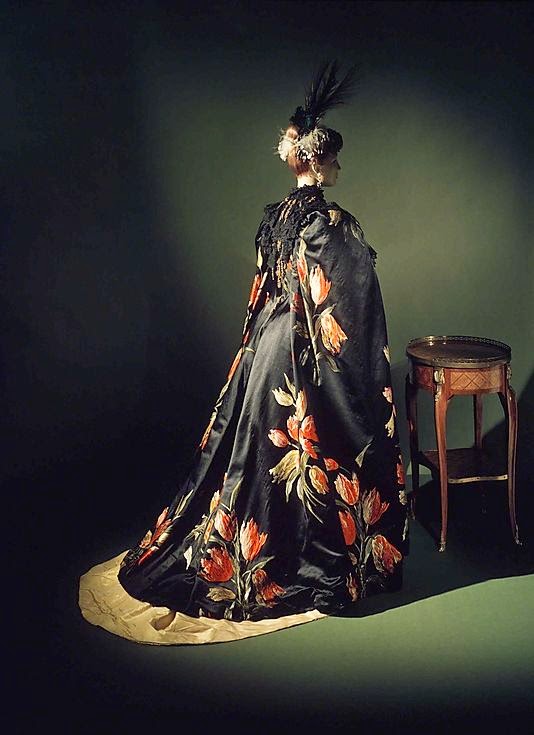 That's all folks!   See you tomorrow with more about more!