Dichotomous: How We Show Men and Women

Fashion photography did something rather odd as it came into general use in the early part of the 20th century.  It reinforced the societal roles of men and women in a new way.  Prior to the advent of photographic reportage, fashion images were nearly exclusively etchings and engravings; often hand colored, and the persons pictured were shown in the most bland of settings, in formal stiff poses, that showed the clothes with great accuracy, but gave no real hint whatever to their feel, or mobile qualities.  This way of representing fashion was the same for both sexes. 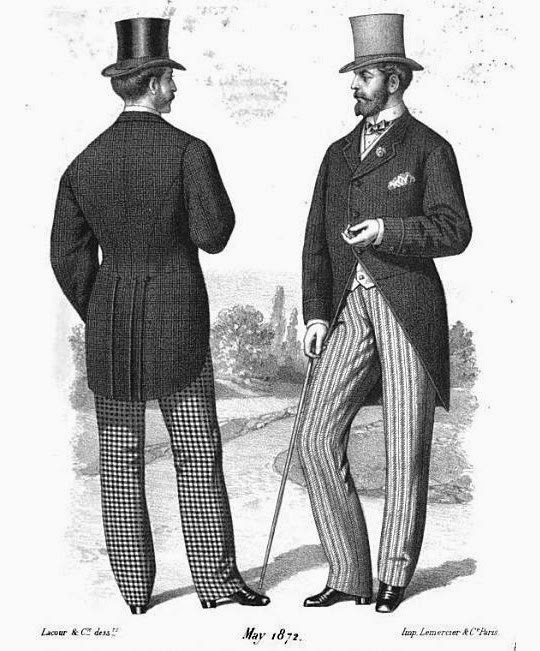 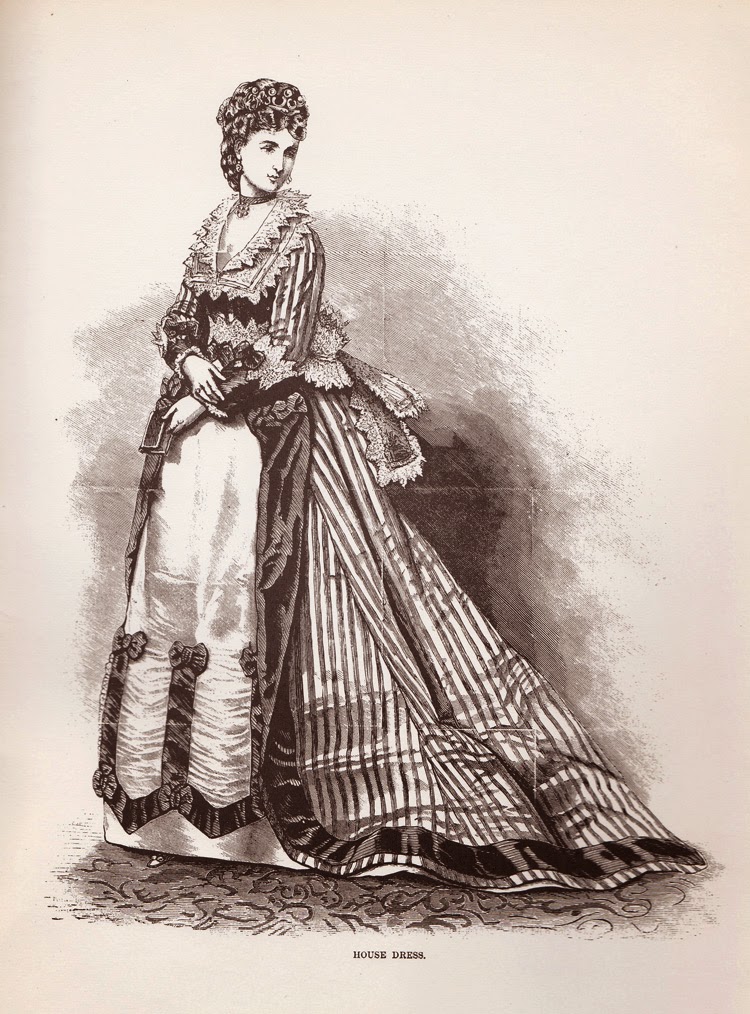 The first part of the change was that, while women's fashions got photographed and recorded with regularity,  men's clothing was still illustrated in the old way.  At the outset, women's fashion images were simply photographic versions of the same style of pose and manner from the prior century. 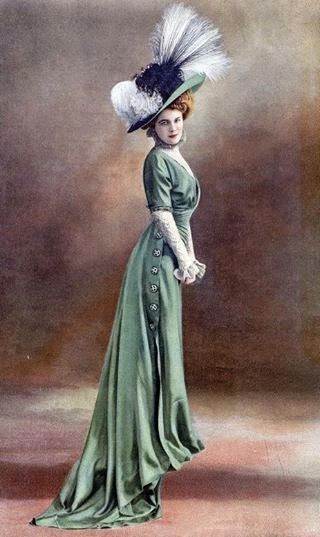 In the 1910's though, under the aegis of Paul Poiret, the French magazine Art et Decoration published what is regarded as the first fashion photoshoot, showing Poiret's work. What makes it significant beyond those facts is that the models were shown in far more relaxed and realistic poses.  And so the breaking of the mold of the past had begun. 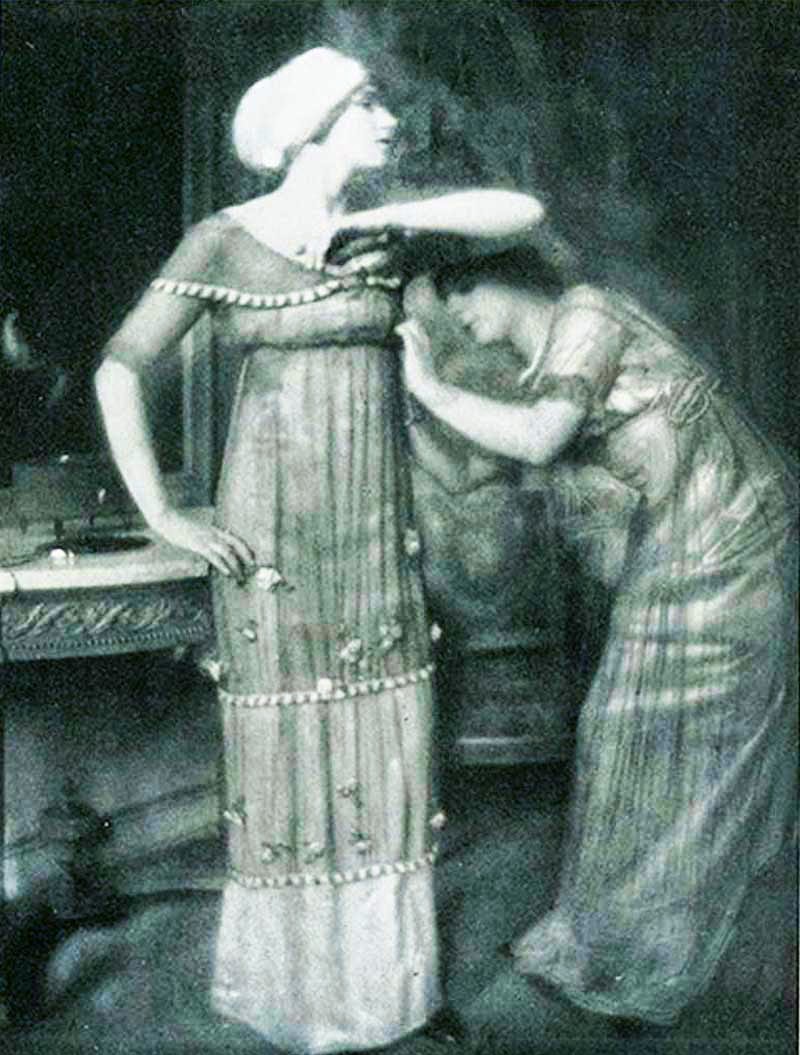 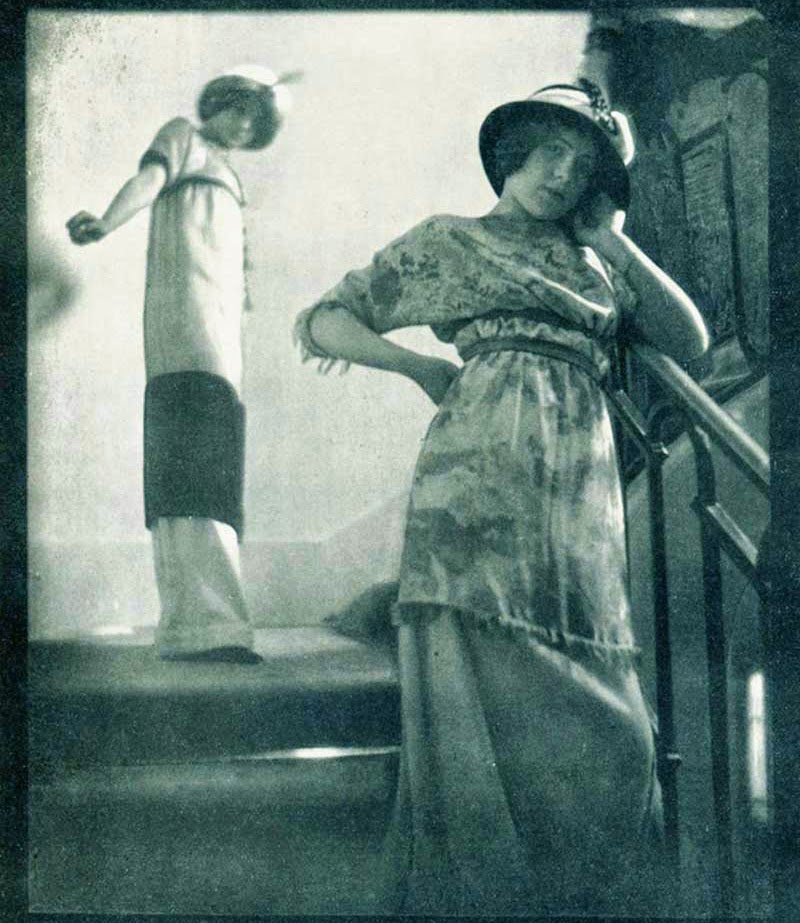 The change for how women's fashions were depicted was dramatic and rapid.  By the 1920's images like this one, which not only expanded on the more relaxed notions of Poiret's shoot, began also to show a desire to separate the woman in the image from the real world.  Along with it came a more frank display of sexuality that never left, once it started. 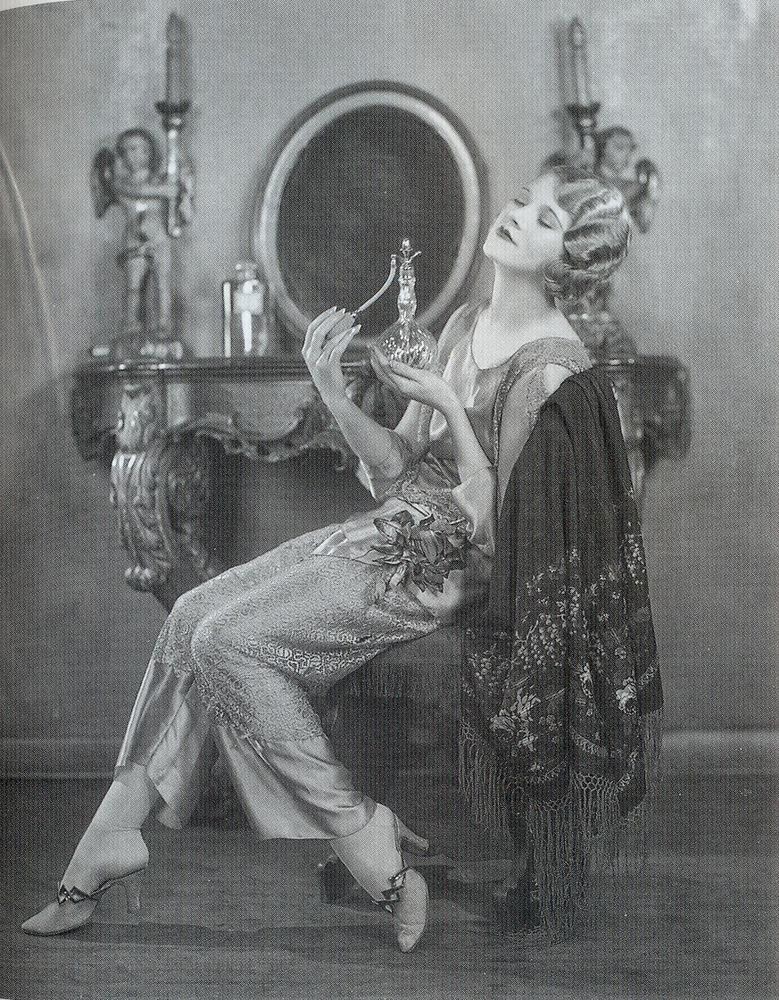 But men's fashion imagery, which was starting to be done photographically, looked like this rigid disconnected shot. And illustration work was still the dominant method for displaying men's clothing, and continued to be so, into the 50s. 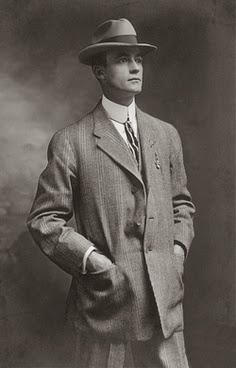 It was only after WWII, and the birth of men's sportswear that photographic fashion images of men became more prevalent.  The shots were however, still stultified, bland and de-sexualized.  No one would have permitted any hint of some relationship between men in the images, or hint that the man pictured actually cared about his appearance to a great degree. 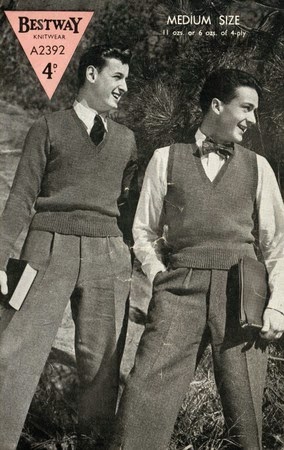 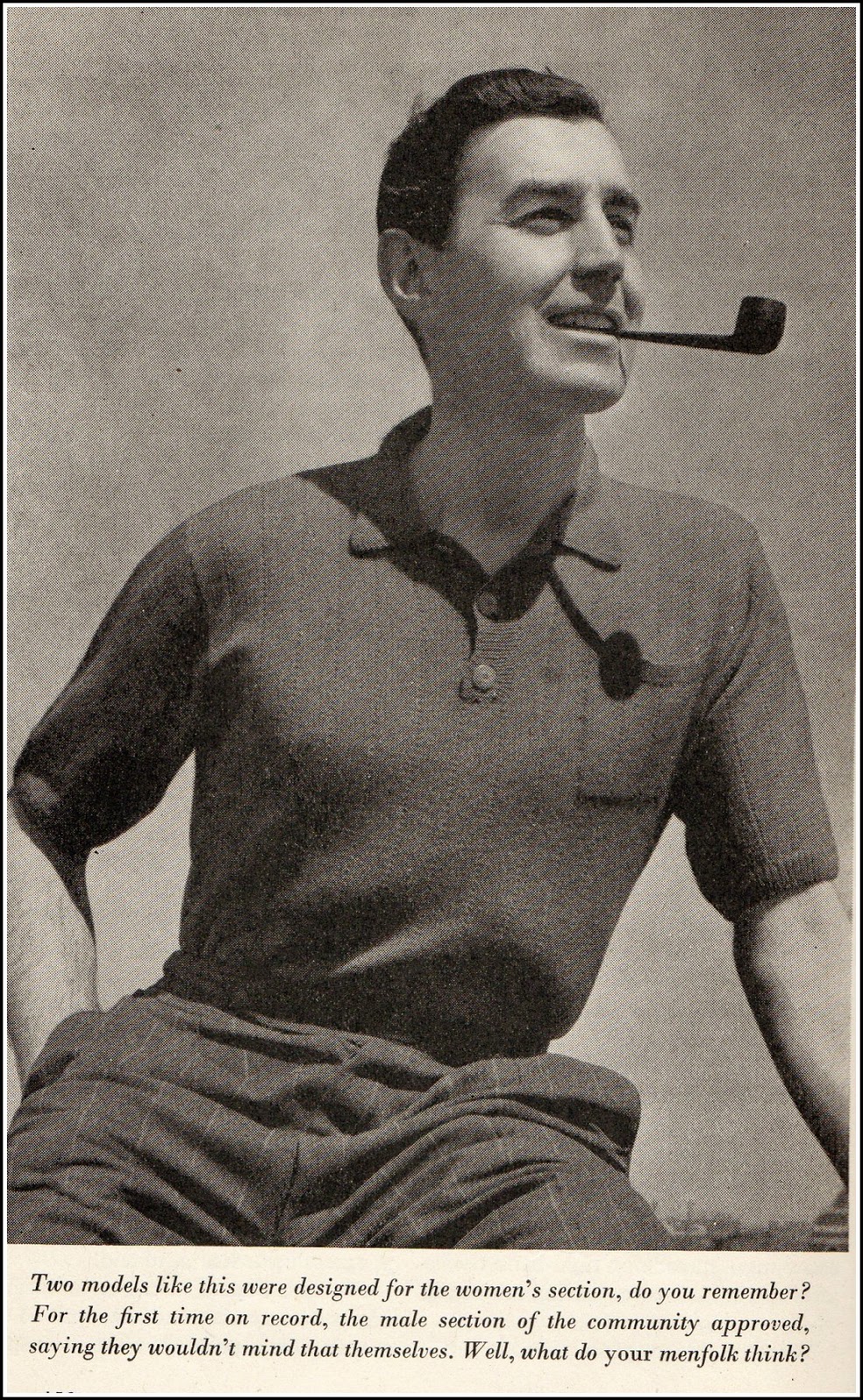 While women's fashion imagery continued to morph, they were creating their own iconography. Women in fashion were being portrayed in increasingly outre' settings, and the style of the photography was keeping pace with modern design.  So images got more graphic, stylized and even more divorced from the real. 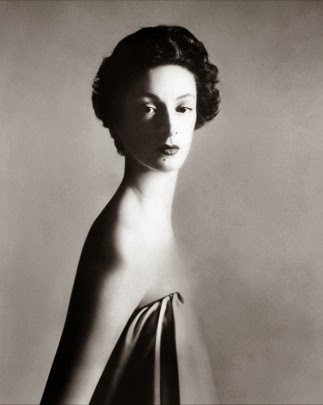 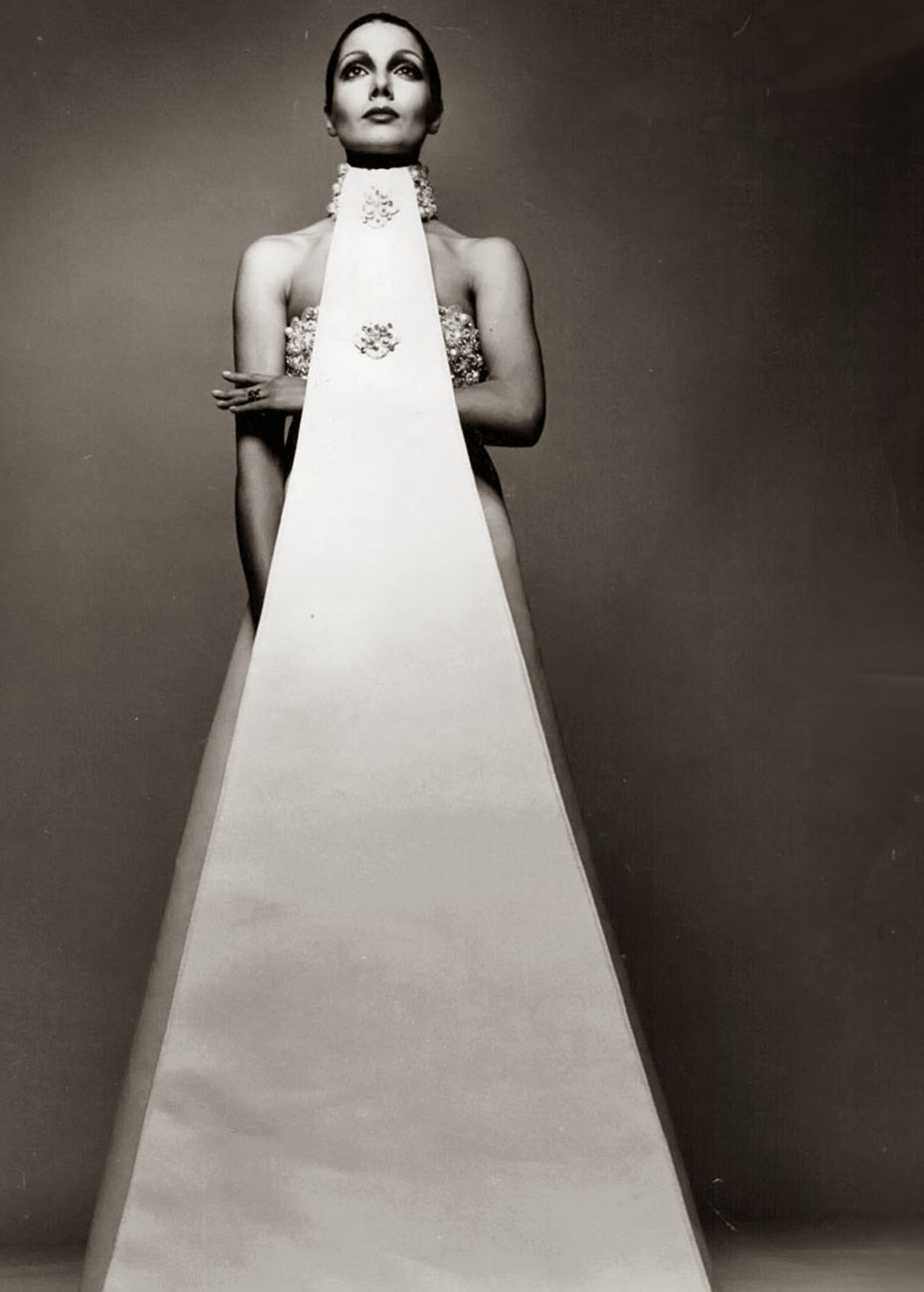 Fortunately for the boys in the crowd the 60s and 70s did allow a bit of a break with the rigid presentation of men's clothes.  The general loosening of social rules, and the explosion of style made that easier, of course. and so images of this sort began to happen for menswear.  Implied relationships between men in the images began to happen, though any hint of same sex love was strictly off the table.  At least, and at last, 50 years behind the ladies, men's fashion imagery was starting to get real. 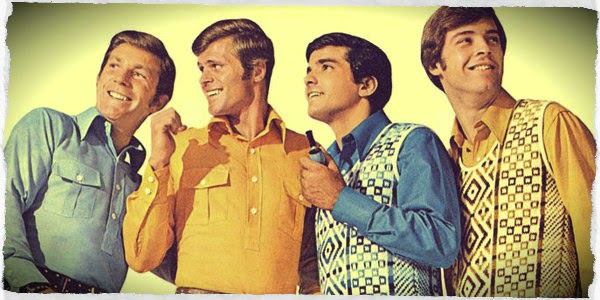 Now here is where things start to get weird again.  After loosening up and making men's fashion imagery more in keeping with the times, it came to a sudden and screeching halt again in the 80s.  So, while women's imagery was going here, 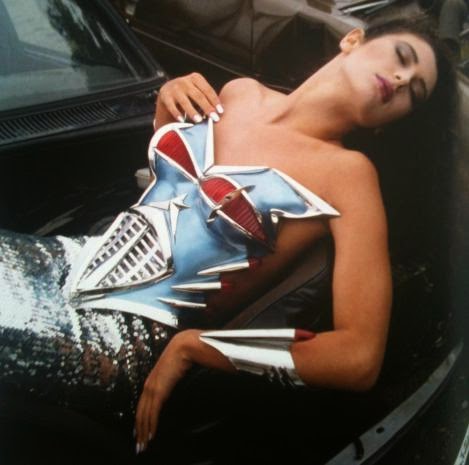 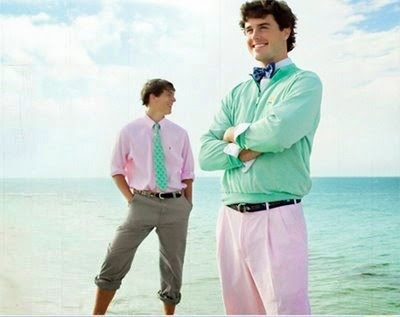 What makes this significant is that this emotionally disconnected fashion imagery for men stayed the norm for another 20 years. It was only with the rise of fashion photographs of underwear models, and the rise of the acceptance of the Gay male community that images finally began to move forward again.
So, at last, men's fashion images are keeping pace with the wild innovation, and often surreal qualities of contemporary women's imagery.  Let us hope that it continues, and that we can begin to amass a group of iconic fashion images of men that are the equal of the ones that have existed for women for decades. 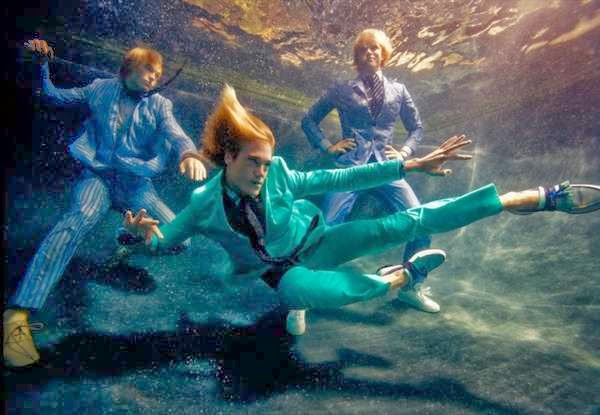 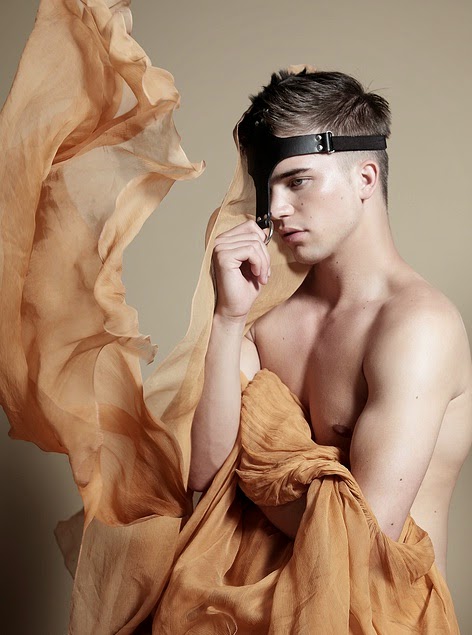 Sure, I realize that all such pictures are an idealization and an objectification of the models in use regardless of their sex; but if we truly are seeking after gender parity across the board, then this can only be a good thing.  We need our icons of unattainable beauty.  It is my hope that we will soon begin to break the barriers of body consciousness and allow ourselves to perceive all manner of bodies and colors as equally wonderful, which of course, they are. 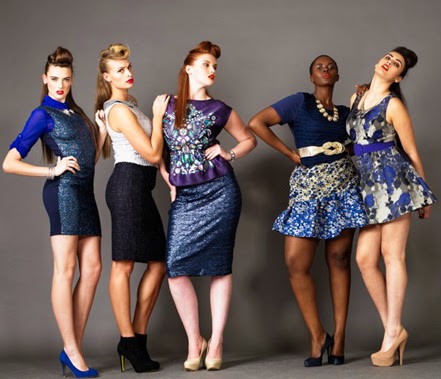 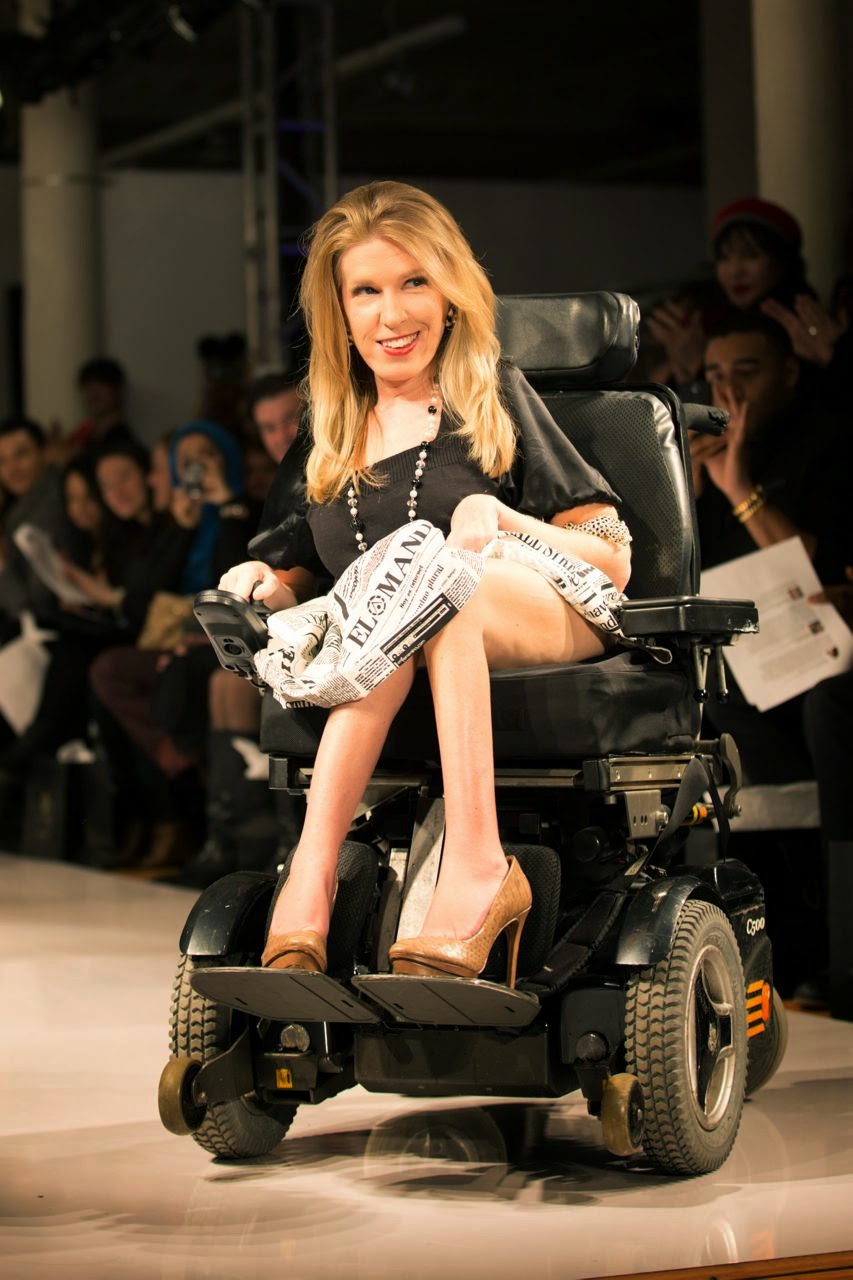