Our very first forays into speaking the Attire language came from nature in a literal sense.  The leaves and berry stains we used at first to make ourselves over into something new, came from right there around our feet.  It was a desire to make ourselves more like the natural world in some way.  It was a need to take the world onto, and into us, to take its powers into us.
We have been at the same thing ever since.  Sure, few of us now take leaves and stick them in our hair, or crush berries to stain our skin.  We have simply found more sophisticated, less direct ways of getting closer to nature. 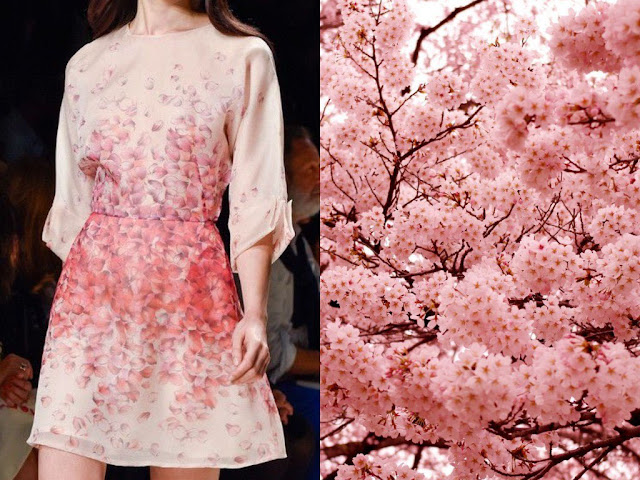 As our various cultures cross the world began to gain complexity, to civilize in the manner we understand, we began to use this need for connectivity with nature in symbolic, rather than in blunt ways.  We were weaving cloth that came from nature, but we had made it look less so by dying it, or patterning it.  So instead, we trimmed it with fur, or made for ourselves jewelry that aped the shapes we loved from nature.  Waves and wind, fire and heat; we took it all, made it into a different forms, from other kinds of matter, and put it onto us. 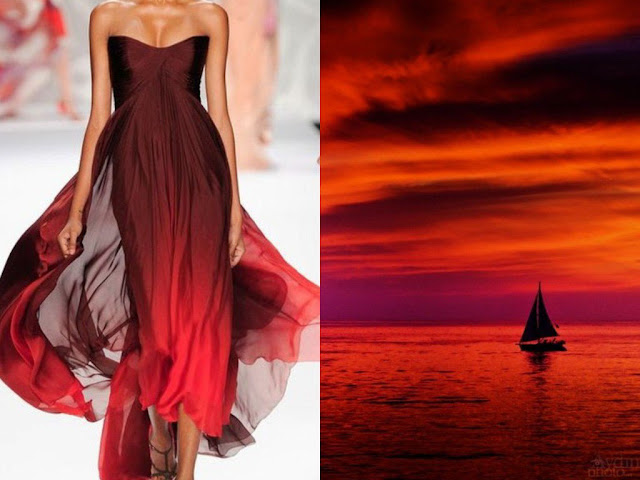 And as our cultures became even more complex, that brought with it a kind of distancing from nature that expressed itself in equating too much closeness to the land, with lack of education, and of general crudeness of person.  It became acceptable to associate the greatest distance from the land with the greatest level of refinement.  It became a method of creating and maintaining the class distinctions we still struggle with now, though many would try to say they are gone. 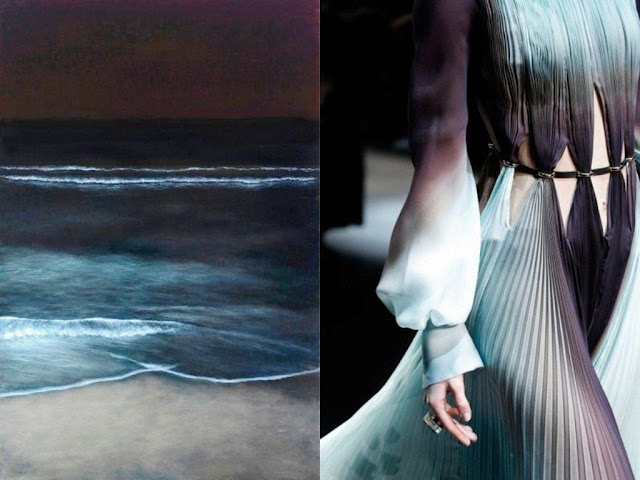 They are far from gone, merely subverted, and channeled into different ways of revealing themselves.  It may not be acceptable to publicly refer to someone as a hick, or a hayseed to their face.  But looking with disdain on people who choose to live in rural places is still done, daily, and by a great many of us.
Now that our world has become the gasp inducing, byzantine place it is, we still refer to those forces and forms from nature all the time. We have no real desire, after all, to do so.  Nor would it be possible, in truth.  We are nature. Everything we have and make, comes from that same source point.  It just seems less so because we are so very good at making things that look like other things.  We love taking materials we have devised, like textiles, and making them do astonishments, through our efforts and technologies. 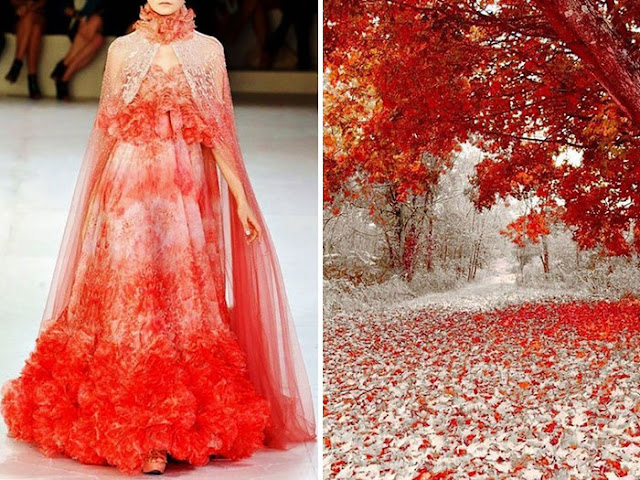 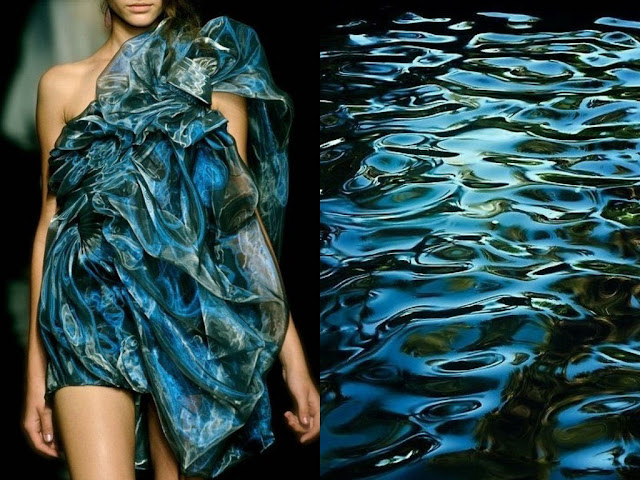 By now, the symbolism of nature is often hard at first to see with clarity, but as the series of images I'm including here shows, it is no less potent, for all that it is more distant from its alpha.  We may no longer be able to allow ourselves to acknowledge our need for this connection, cloven as we are to our mechanization.  Still, we require it. We need it's touch upon us, around us.  We have even taken to applying its images directly to our skin. 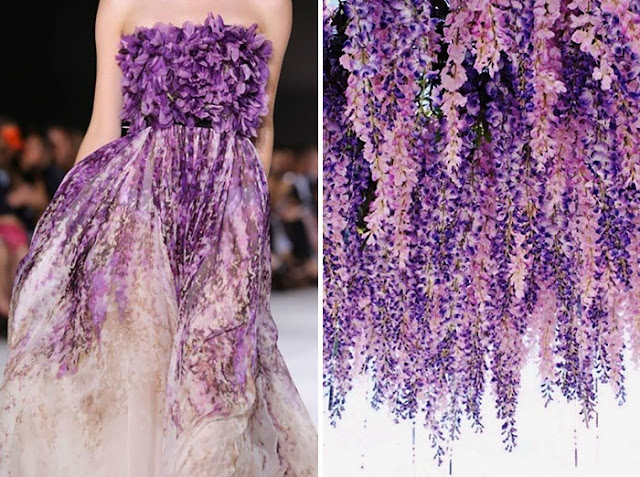 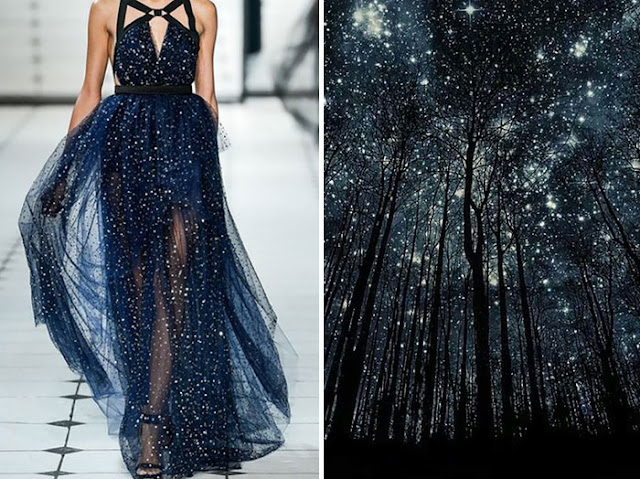 No matter how far we manage to go on our journey of science, industry, and global culture, we will always come back home to the sunset, the sea, and the forest. 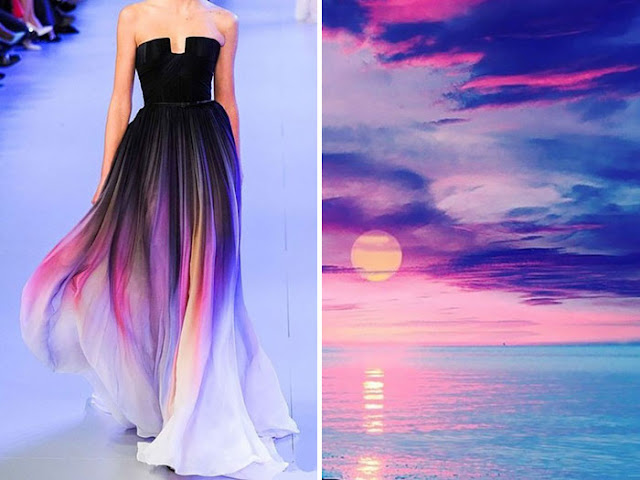 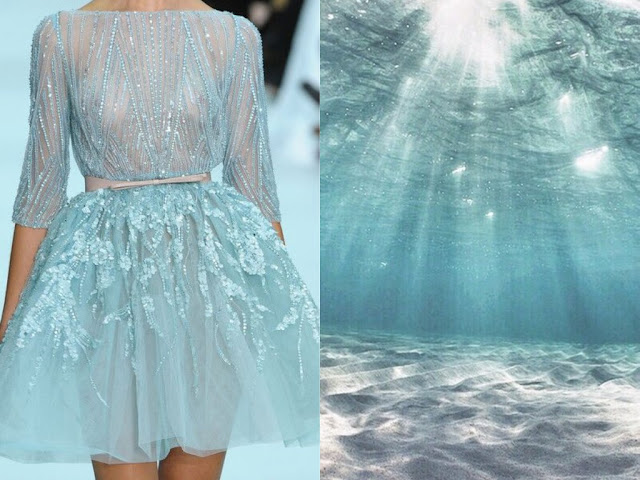 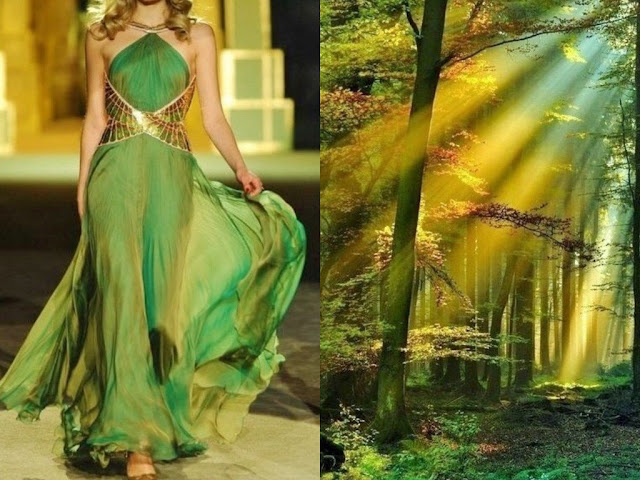