It was common practice during the latter half of the 1800s for women's clothing to be made up in multiple fabrics.  The simplest, and most often utilized version of this idea was to pair a textile with a strong pattern with a solid colored one. 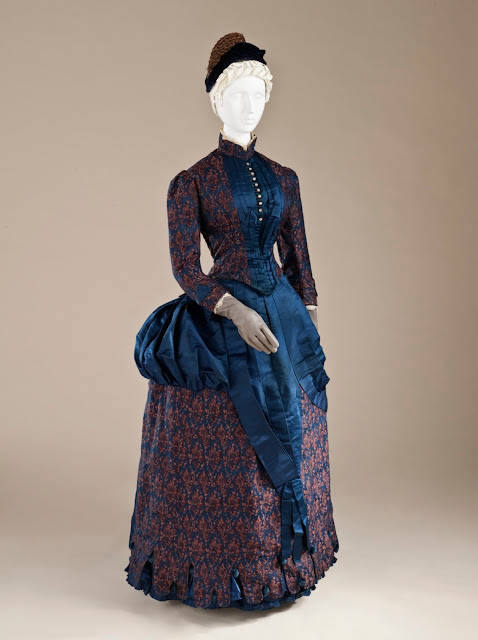 This afternoon/walking dress is just what I mean.  The material that forms the body of the dress is a densely patterned silk faille with a repeating floral motif on a striped blue ground.  The solid is a silk satin in precisely the color of the faille background, which draws the two stuffs together visually.  The other reason they work together is that they are both silk fabrics that bear a similar sheen to them.
The 1880s was a period when the bustle made its second, (and final) appearance as a major fashion.  Designers have repeatedly referred to it since, but it has never gained the broad acceptance it had. 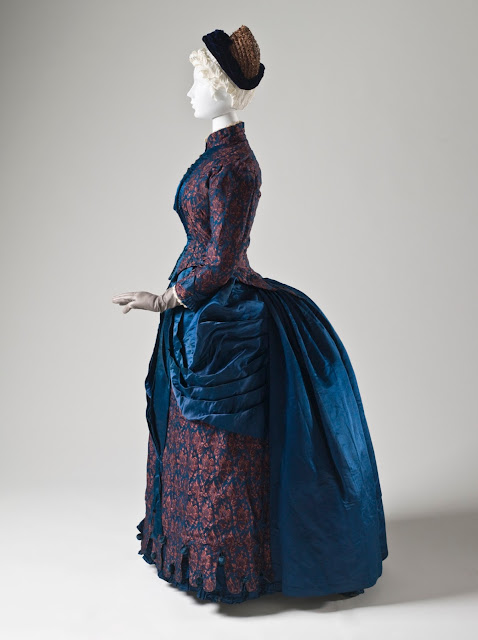 This dress is also a good example of how they used symmetry and asymmetry together to create visual interest.  The base shape of the dress is entirely regular, and in fact rather severe looking to modern eyes.  The skirt is a smooth tubular shape. The bodice and sleeves are closely cut. The pleating in the center front is regular on both sides.  Everything about the dress itself is about uniformity of structure.  The asymmetry is left to the solid silk bustle drapery.
The blue silk draping is a large pleated swag on the left of the skirt, and a similarly sized pouf of material on the right, both disappearing under the huge panel of the blue on the center back.  The front of the skirt has an off center gathered tab of fabric that is brought together at the bottom with matching silk ribbons. 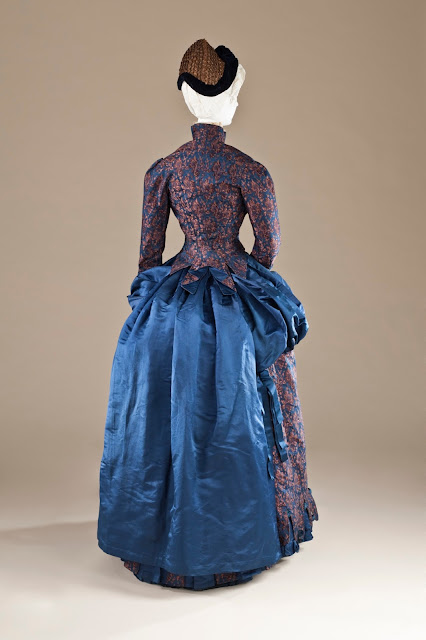 The final effect is just enough to keep the whole costume from looking too staid.
This sort of dress would have been perfectly acceptable for both at home entertaining, or for going out shopping, or visiting.  It is also, in styling just fashionable enough, without being overly so that it would have been met with smiles by a broad range of people.  It communicates a certain affluence, without being loud about it. 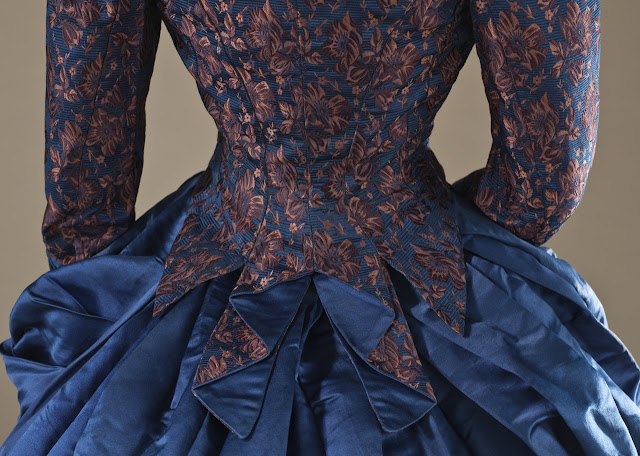 It also communicates the sort of visual rectitude that was essential to public life at the time. Any person who wished to be taken seriously would eschew styles that appeared at all silly, or frivolous.  It's one of the reasons that so many of the common trimmings of the time were heavy fringes and passementerie that we associate with fussy upholstery now.  They gave a gravitas to clothing that was considered correct, that today we would find stultifying. 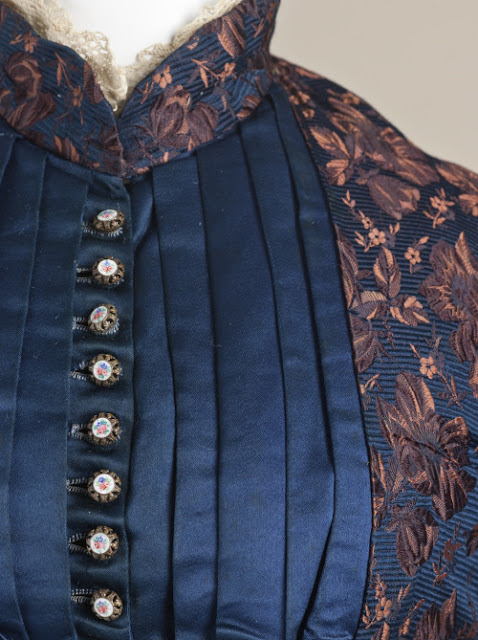 In the culture of public morality, such clothing was essential to creating the semblance of polite,  normal behavior and thought.  What happened behind closed doors, quite another matter entirely.