On the evening of July 2nd, 1897, beginning at 10:30, over 700 wealthy, influential, and titled guests arrived in Piccadilly at Devonshire House to attend Louisa, Duchess of Devonshire's Diamond Jubilee Costume Ball in honor of Queen Victoria's Jubilee.  It was to become one of the most celebrated costume parties ever given. 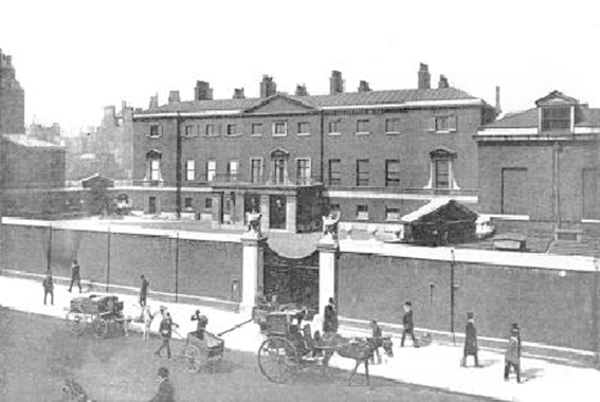 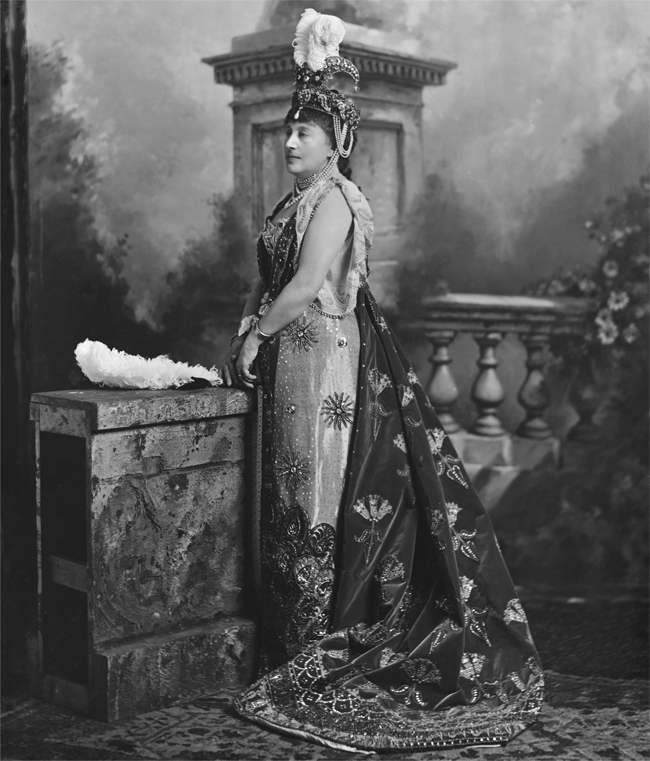 Her Grace, Louisa, Duchess of Devonshire costumed as Zenobia 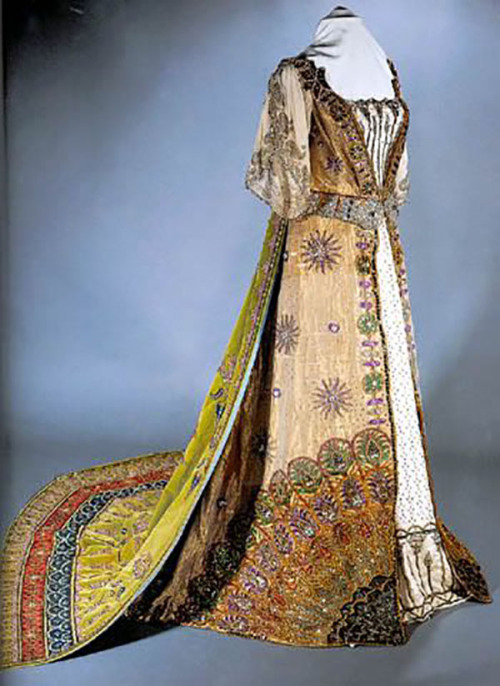 the Duchess' Zenobia costume
What makes it of special interest to me is that it was exhaustively chronicled in photographs.  The famous photographer, Lafayette, and a team of assistants, set up a temporary studio in a large tent where they used multiple backdrops to carefully record each of the myriad attendants. Fortunately for us most of those photographs survive to show us what the wealthy got up to when they partied, and what they were willing to encompass with regard to costumery. 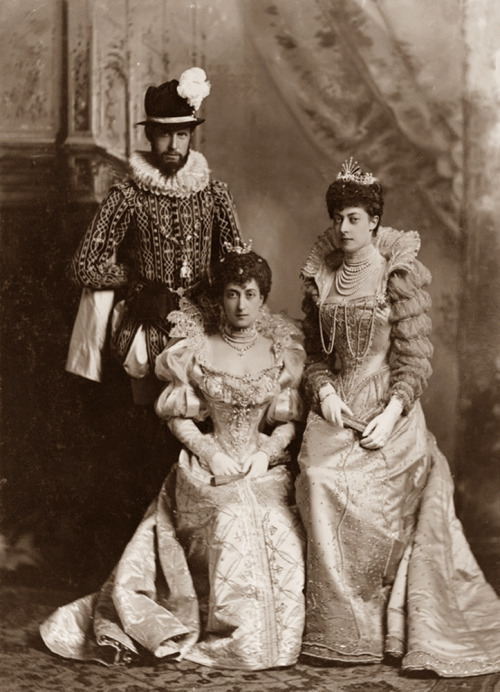 King Haakon VII and Queen Maud of Norway, with Princess Victoria of Wales

The guests had been told to arrive in "allegorical or historical costume dating earlier than 1820".  Part of what makes this so intriguing to me is the look it gives us at how much we morph our ideas of history to suit our contemporary tastes.  The women's costumes that claimed to be recreations of past people and eras uniformly failed in one important respect, the shape and positioning of the corsetry, though with regard to decorative details they were usually spot on.  What is also interesting is that the gentlemen actually got a good deal closer to correct period wear than the women did. 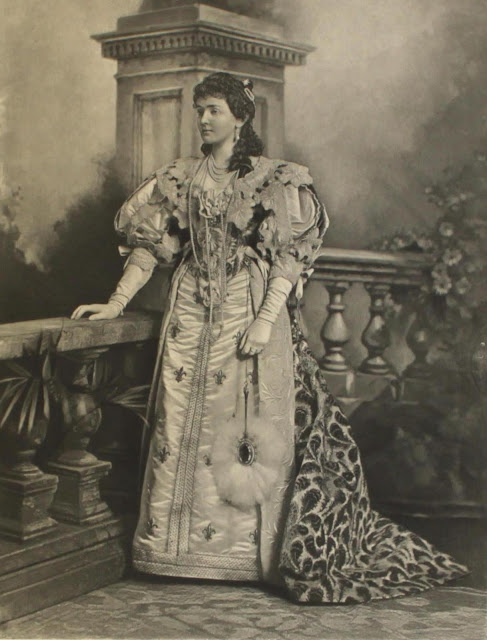 Her Grace the Duchess of Connaught costumed as Anne of Austria 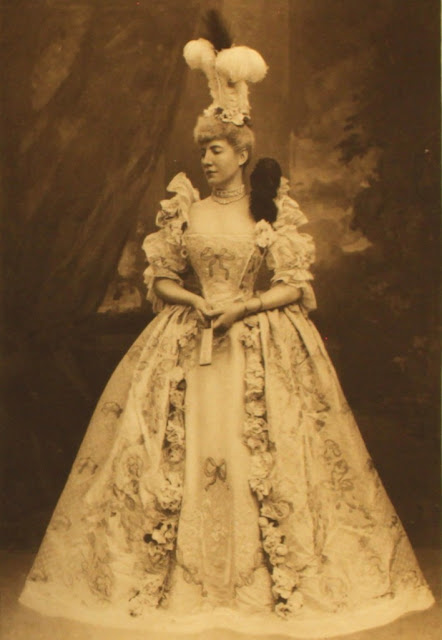 The Countess of Kilmorey costumed as Madame Du Barry 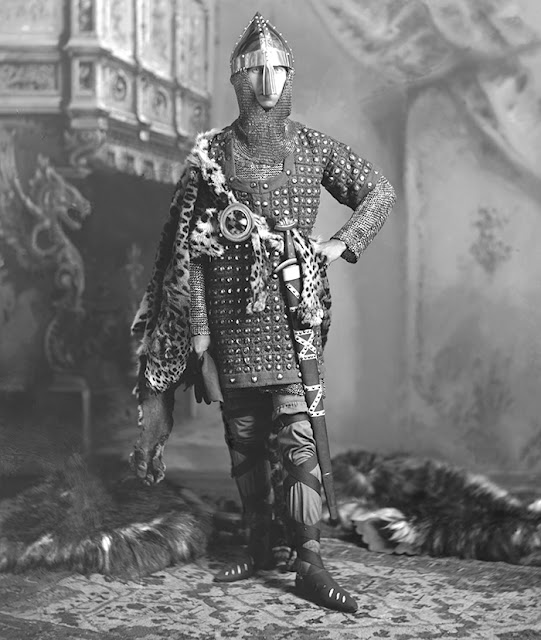 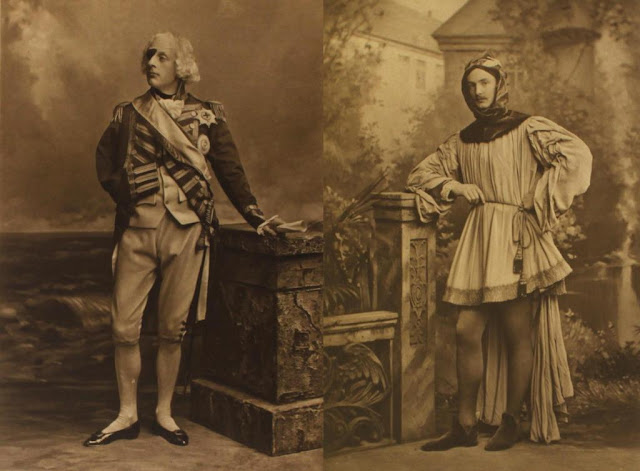 Then there is the sheer wealth being thrown around, not only by the Duke and Duchess of Devonshire, but by all the guests.  Invitations had gone out a month prior to the event, so not much time was available to conceive and build the often complex costumes that you see here.  Ladies and gentlemen rushed to museums to find subjects to use for their costumes and then besieged every major fashion house, high end dressmaker, costumier, wigmaker, leather crafter and even metal worker to supply their needs in the short time before the ball.  All these craftspeople must have been exhausted, but very happy indeed of all the custom they received.  Lets us just hope they all got paid, eventually. 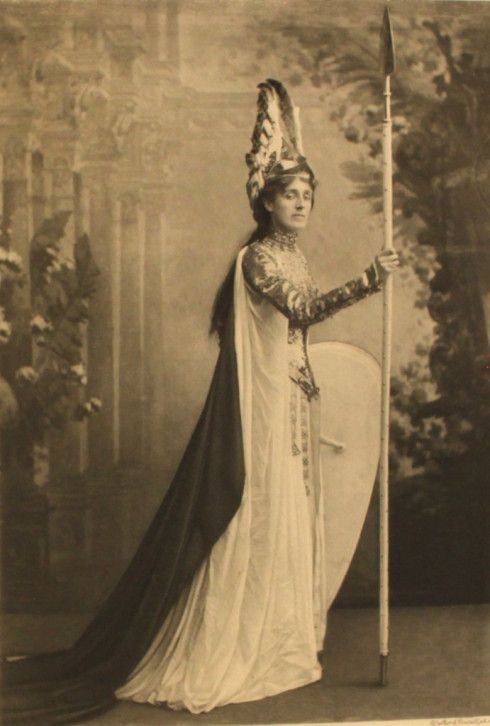 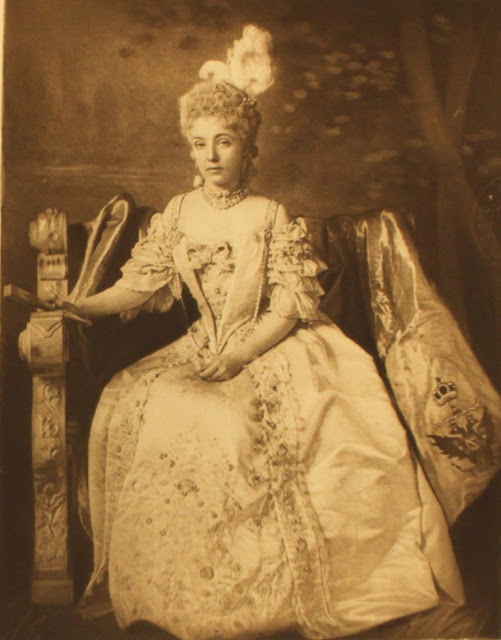 Her Grace the Duchess of Newcastle costumed as Princess Dashkofs 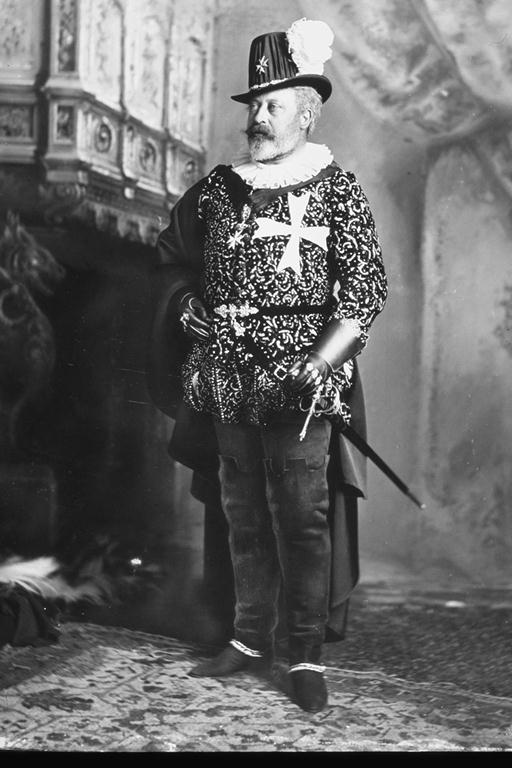 HRH Edward, Prince of Wales costumed as a Knight of Malta
You can clearly see that, even in the simpler efforts, no thought of cost was a consideration. Luxury, display and the finest of materials and workmanship was expected, and delivered. Though there have certainly been lavish costume balls since, few outside of the Russian Imperial costume ball held in 1903 at the Winter Palace can begin to compare with this extraordinary event. 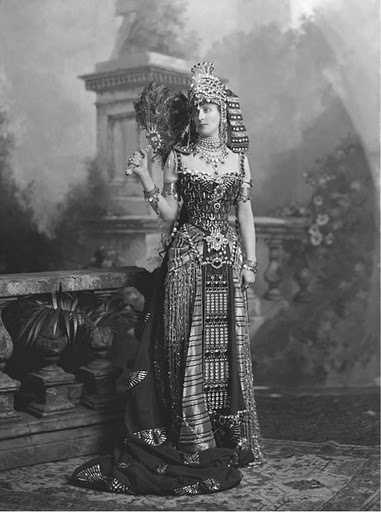 Lady Paget costumed as Cleopatra
Her costume is well documented as having cost 6000 dollars from the House of Worth.
(translation to 2016 currency value: $171,420)
But what, you may ask does this mean for Attire, and for us who didn't get to go?  For us it is a near perfect expression of the human desire for fantasy, and for the ability to trade places, even for a short time, with someone or something else.  Our desire to be fantastical knows only the limitations imposed on us by our fragile bodies and the technology we have to hand at the time.  For Attire it is a monument of creativity, and a textbook example of how no matter how much we might attempt to truly recreate a prior time and place, our contemporary existence always invests a tiny part of the outcome so that we can never get all the way there.
So, feast your eyes on these amazing people in their amazing togs,  and dream of dancing along with them at what must have been one hell of a party. 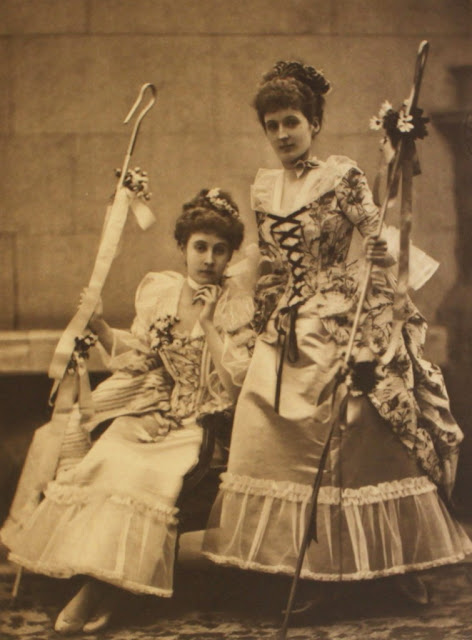 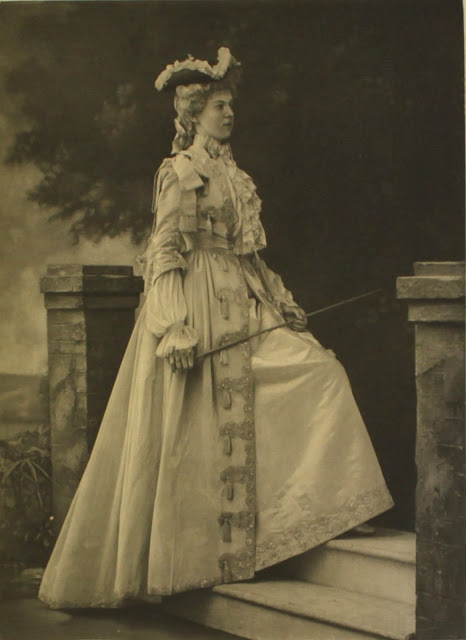 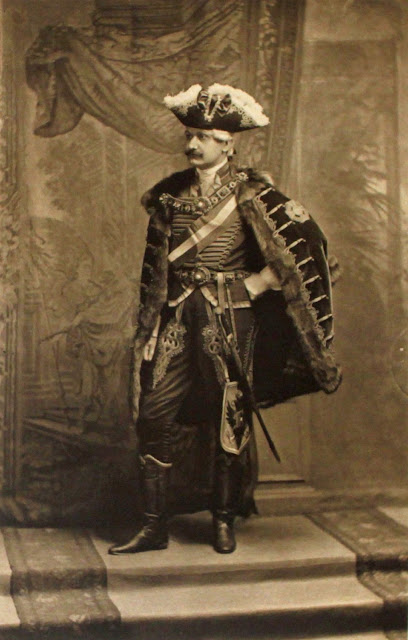 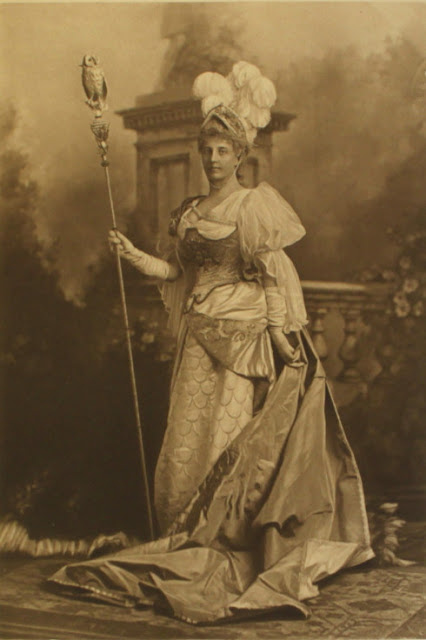 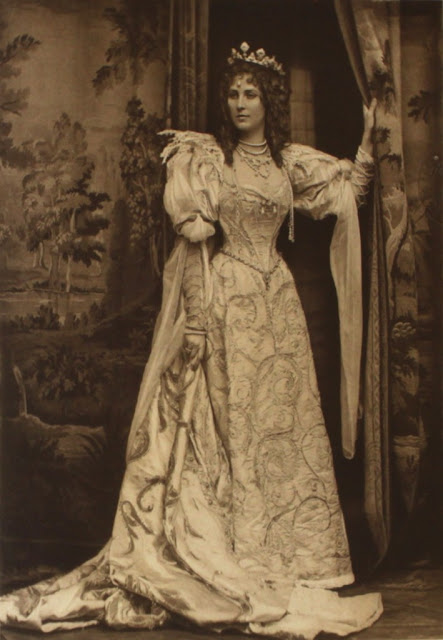 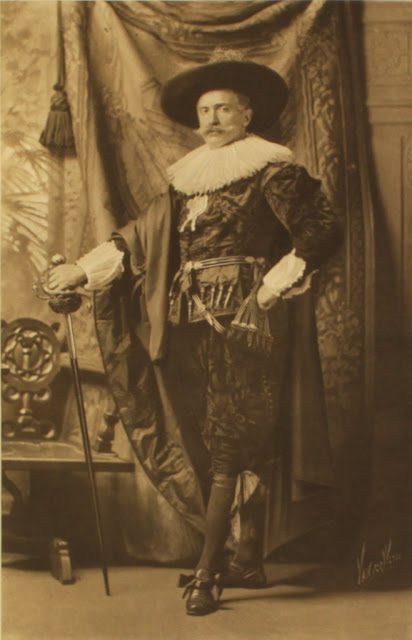 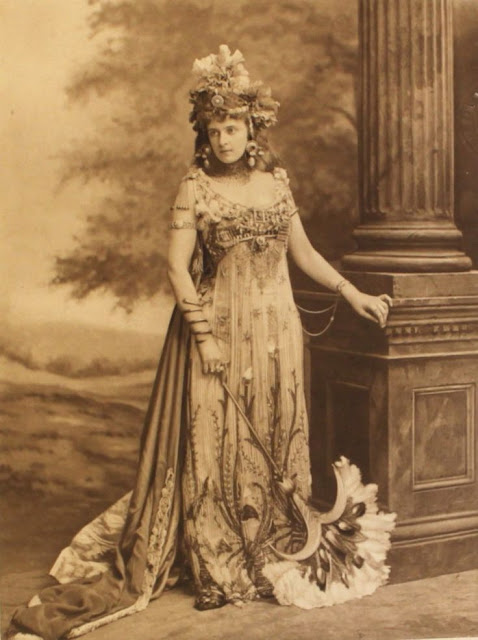 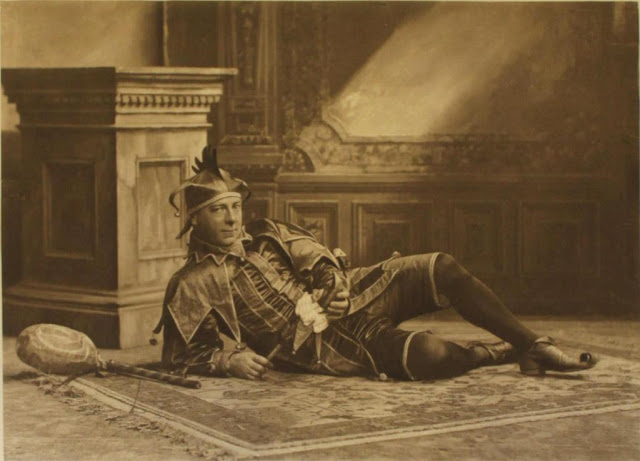 Mr Henry Holden costumed as Will Somers, court jester to Queen Elizabeth I
Posted by Paul G. Ellis at 7:06 AM