As the 18th century was drawing to its close, and revolution was aboil in numerous places the desire for greater simplicity of dress, especially among the well to do grew apace.  Partly due as well to the interest in the Arcadian ideals presented through various important philosophers like Voltaire a Rousseau, and the growing interest in the simpler lifestyle of the English country life, clothing like this ensemble became very popular. 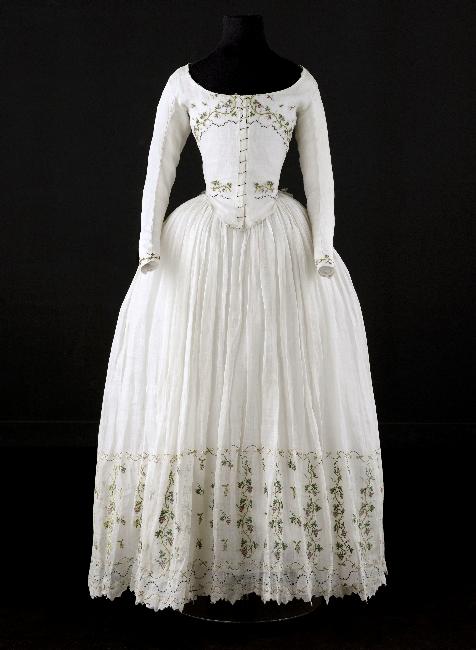 Queen Marie Antoinette was one of the early and vigorous proponents of this sort of dress.  What is interesting and sad is that she was vilified for wearing such simple clothing,  because people claimed she was trying to destroy French luxury industries.  What makes it tragically sad is that this same manner of dress was then co-opted by the very folk who derided her choices, and it became the ideal of dress for right thinking democracy approving French folk. Marie had thought she was doing a good thing, simplifying her clothing, but yet again she misread the people, who were determined to oust her, no matter what.
So, what we have is a style of dress that both helped to destroy the old guard, and begin the new.
But on to discussing the garments themselves. 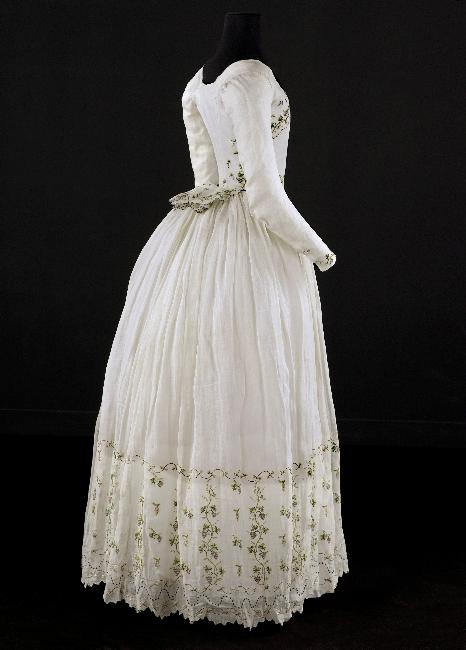 Made entirely of white cotton muslin of exceedingly fine weave this is a caracao style jacket with a matching underskirt.  The embroidery is simple, naturalistic and direct.  Gone are the spangles,  paste stones and metallic threads that typified decorative detail just a few years earlier.  The only other decoration aside from the simple floral embroidery is the openwork at the hem of the skirt.
The skirt is referred to as an underskirt, but it was entirely acceptable is casual dress to wear it without an over gown.  Also this entire ensemble probably weighs only a few ounces. You can clearly see in the detail images tow things, one is how incredibly fine the muslin is, and also how much it was stressed during its worn life throughout the bodice area. 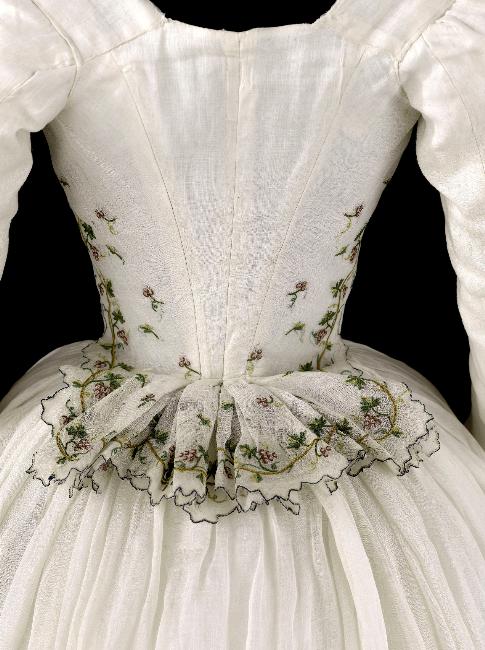 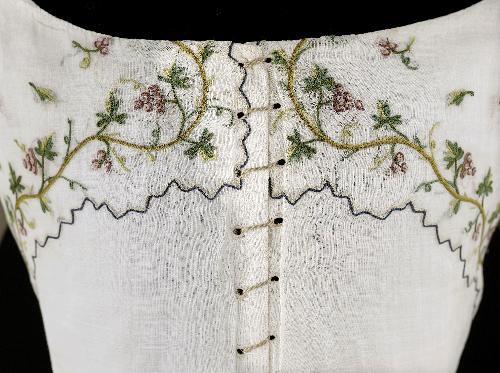 Such lightweight clothing must have been a huge relief after the massive and heavy apparel of the rest of the century.  It was, of itself a revolution, so I suppose it was inevitable that the people desirous of social change would take it to themselves with such force. 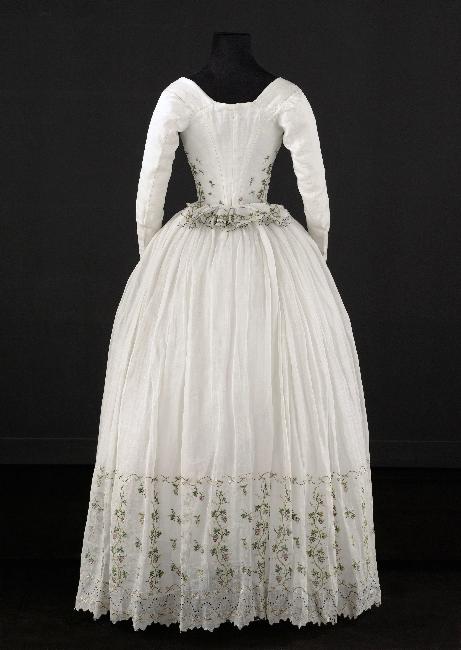