So far, I haven't weighed in about popular culture as regards film and television.  But, I was just re-watching the A&E production of "Pride and Prejudice",...again; and it made me think of how very rarely film or television get it right.  By right I mean, actually portraying the period as it was, with as little modern day filtering as possible. By filtering I mean, not picking actors who are wrong for the period, not doing make up or hair dress that is more contemporary than period, not using shoes or jewels or clothes that only sort of get there.  Now to be honest NO production of film or television could ever get there in fact.  The textiles are out of production, the clothes would be have to be made without machines and the actors are almost all too tall.  Average height for a woman in 1800? 4'6" to 5'0"  Average height for a man? 5'4" to 5'8"  This creates inevitable proportional issues.
For the purposes of this post, I will be staying with Pride and Prejudice as a production of film or television. 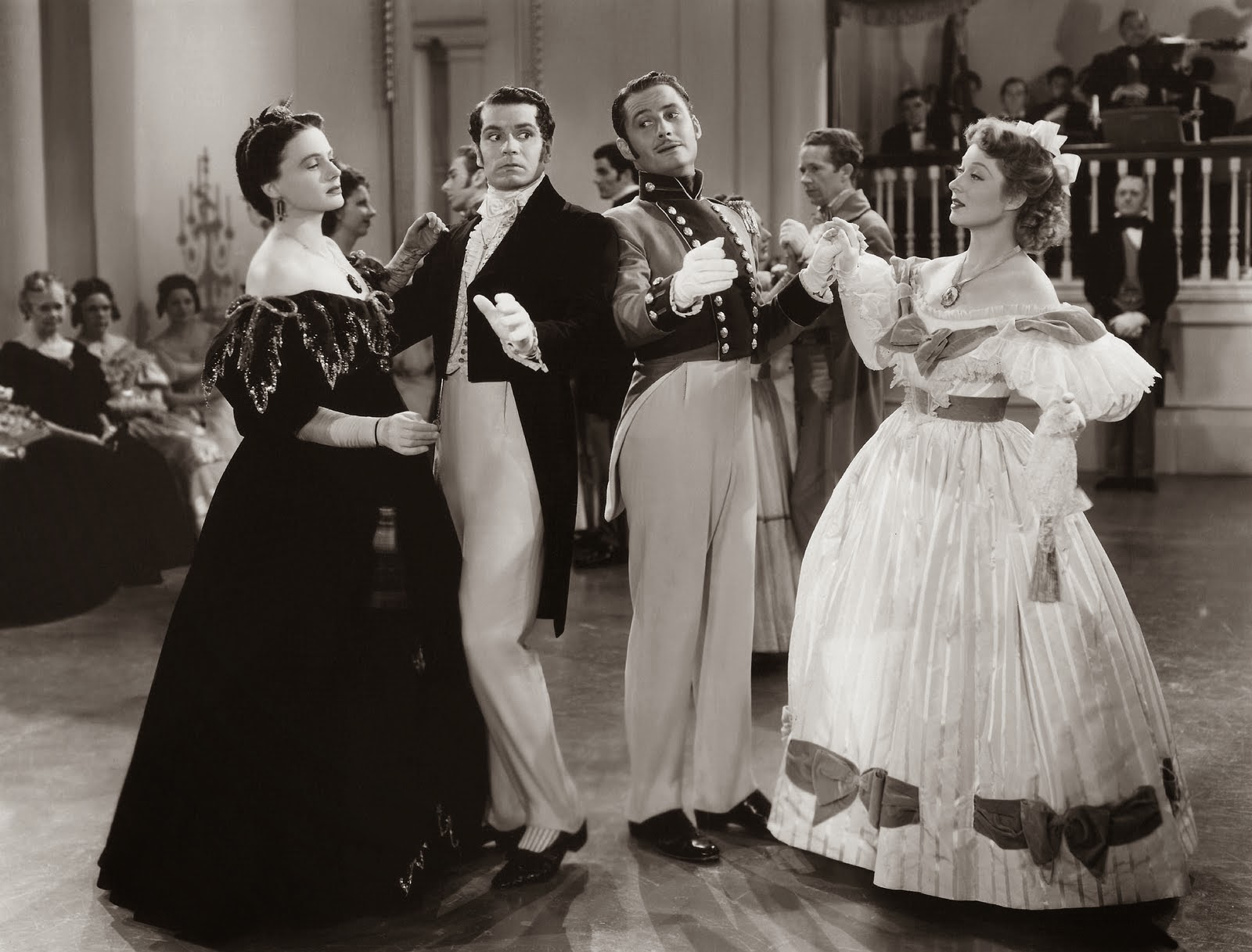 In 1940, MGM did a widely lauded version of Pride and Prejudice, starring Greer Garson and Laurence Olivier.  Now to begin with, both the actors in question were by a decade too old for the roles they were playing, but granting that dissonance, as a visual play on the time it was delicious, delightful,  and historically wrong.  The costume design, by one of my favorites at MGM, Gilbert Adrian, was dramatic, glamorous, and extravagant; just what MGM wanted.  It was, however, overplaying the 1830s imagery in which the story was set on screen.
In the 1830's the skirts had not expanded to such dimensions, men's trousers were still being cut much tighter to the leg, at the crotch (very much at odds with MGM's ideals of neutered masculinity), and the make up and hair dress, only glancingly familiar with the period. 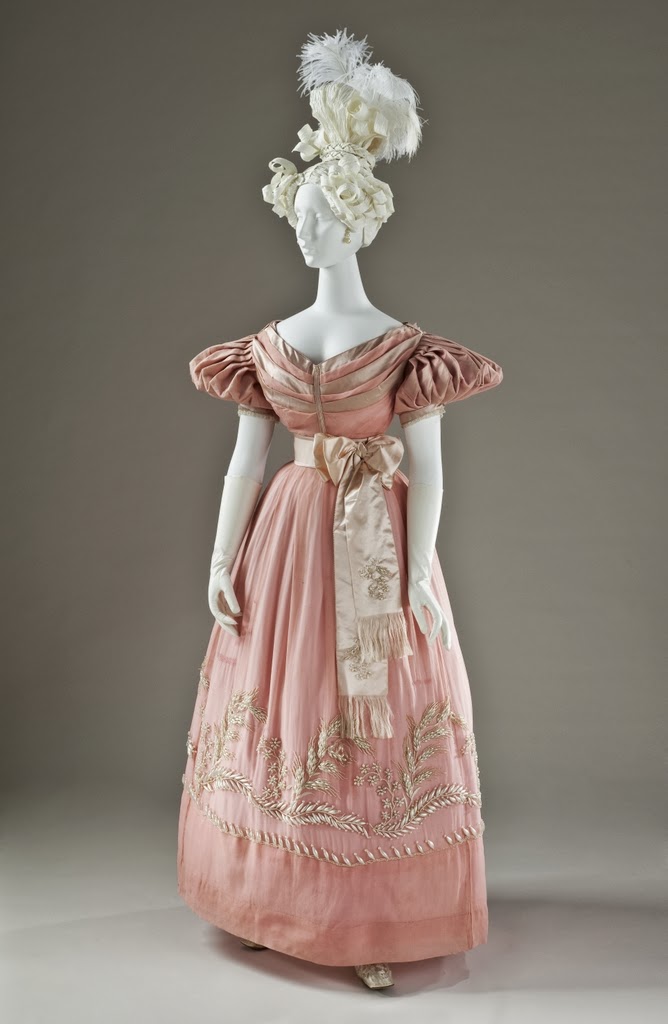 Naturally, not every production can bring pure accuracy to bear, nor should they have to.   Much is to be gained by referring to a period without aping it.  But here and now we are talking about getting the details right, and presenting as accurate a picture of the time as is possible within the constraints of technology, time, skill and funds. 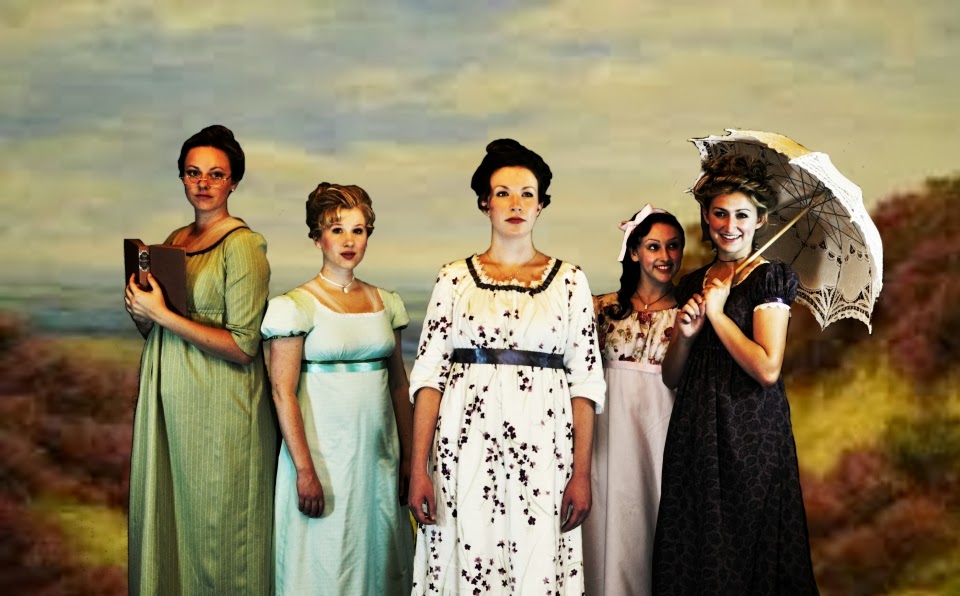 Now here, we see an image that paints the Bennett girls as less affluent than they most likely were.  The dress worn by the center figure, Elizabeth, is a textile that would likely not have been in production at the time.  The allover embroidery of the bodice on the girl second right is not period at all, and the right hand girl is carrying a parasol that is more clearly the later 1800s.  And finally the general level of workmanship is below what ladies of their station would have been used to.
Now we turn to the ladies themselves. 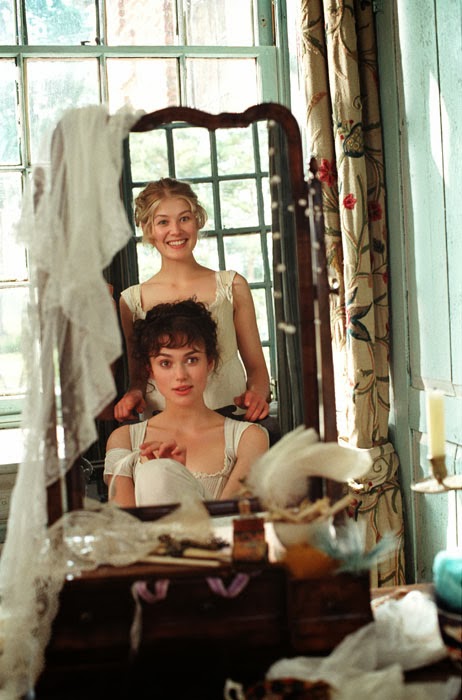 Though both the actors here are lovely women, they are neither of them true to what was considered the acme of beauty at they time.  Both of them would have been thought too thin for true beauty in the early 1800's. And that just serves to emphasize how much our notions of beauty alter over time.
The A&E production comes closest I feel, to not only presenting one of the great English language novels on screen, but in giving us a true sense of the time and place, without resorting to Hollywood style trickery. 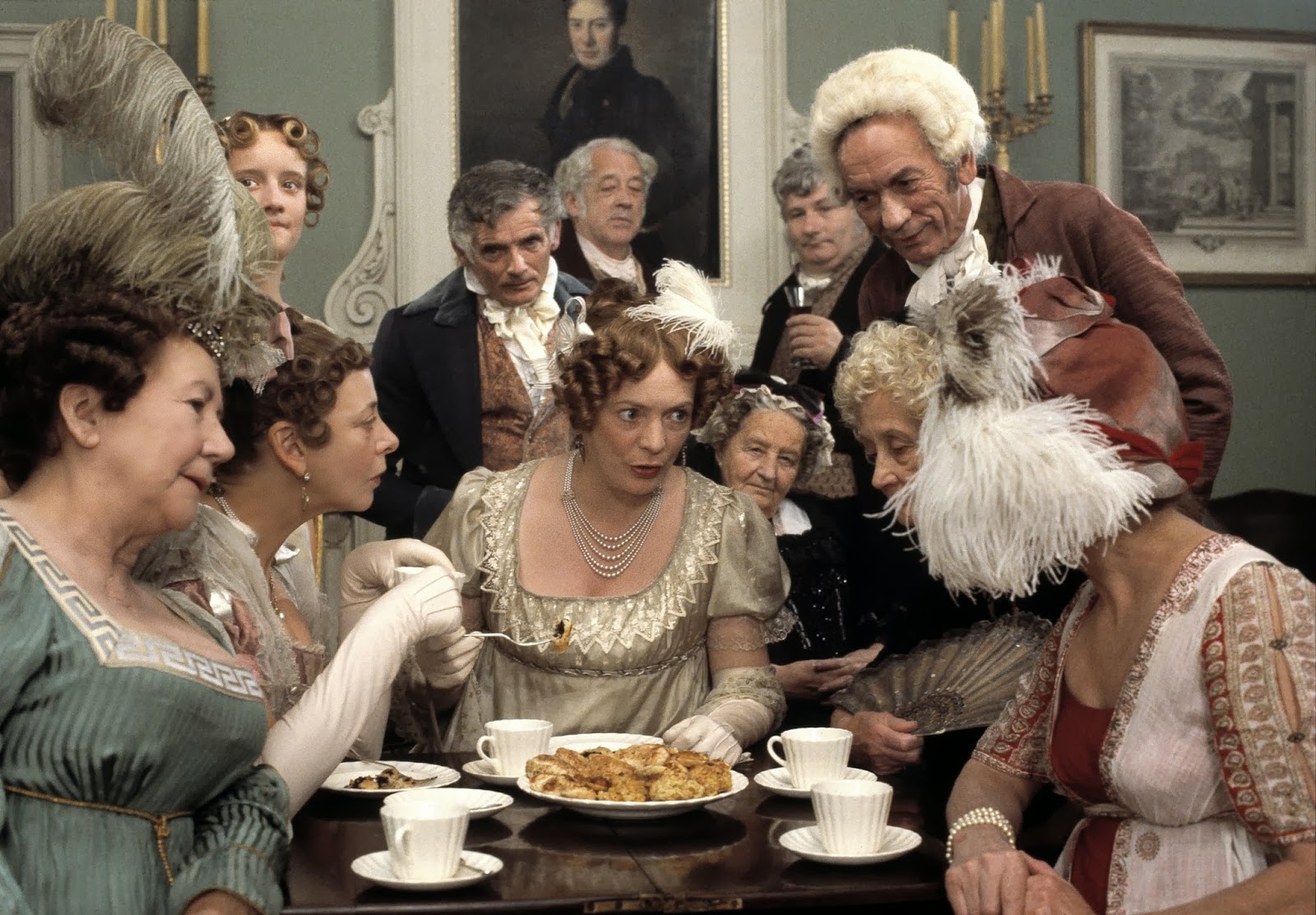 Every character has the correct hair, looks to be entirely without makeup, and is wearing not only the right clothes, but every accessory is perfectly in tune with the time. Here's the Bennett family, and apart from the overly lit environment, they are perfectly togged in every detail. Hair, make up, dress and accessories are all true to time.  And by the way, the young lady cast as Jane Bennett, (Suzannah Harker) is the walking image of what was considered to be fashionably beautiful in the early 1800s.  Look at images from the time and you will find her face, or ones very nearly like it. 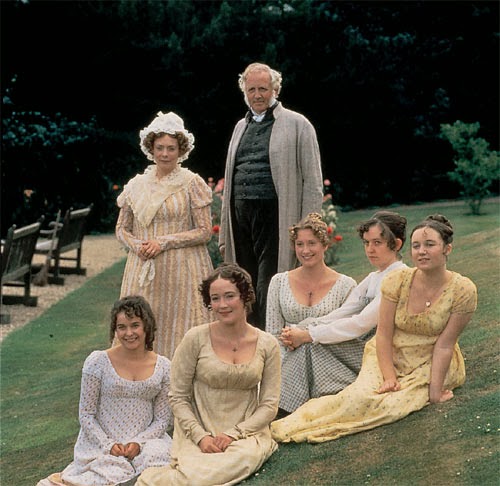 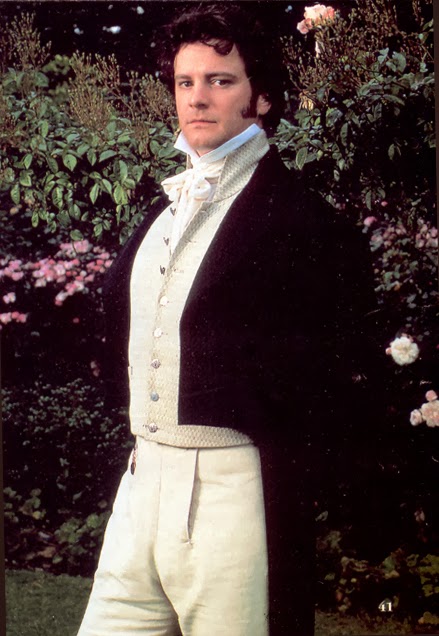 So, what do we get from this at the end?  Is it that we think that Hollywood and the Television and Cable industries are a bunch of out of touch idiots?  Is it that they think we as an audince are too stupid to get inferences and symbols? Perhaps part of that is true on both sides. We have, in the main, allowed ourselves to be dumbed down; and the media have been all too willing to support that.  But given something with substance we most often rise to it and embrace it.
There is something about us that just understands when something is right. We know it internally.  For me, this production fills that bill.  Its right, at least for me.  If you haven't ever seen it, I recommend it highly.