Up to the beginning of the 1800s men and women trod the path of sartorial magnificence and glamor together.  Shapes were different, it is true, but for sheer dazzle, they were on par with each other.  Then came the 19th century and out of nowhere men's fashion sputtered to a halt. It became hidebound, narrow and blandly colored.  There are myriad reasons put forward for this phenomenon, but no one will ever be able to get to the truth of it, I suspect. 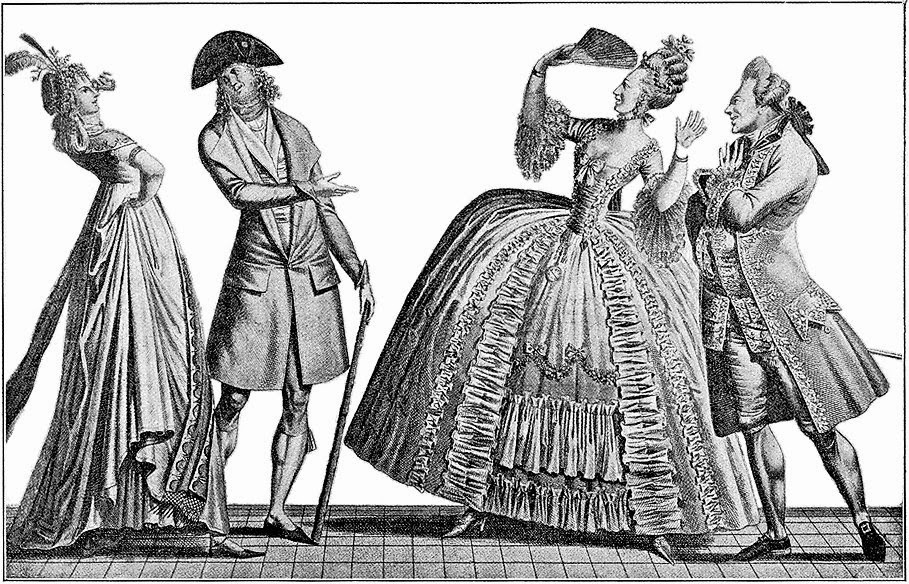 Some claim that the political revolutions that sprang up near the end of the 18th century spawned a desire to distance oneself from the relentless extravagance of royal court life.  There are those who credit the start of the industrial revolution, with the concomitant need for more practical clothes suited to business.  Some blame Beau Brummel. I suspect that the truth of it involves both these and many other unknown factors.
But the result was that the color, and variety drained out of menswear, almost entirely.  A man was shortly only able to wear significant color in a vest or cravat. 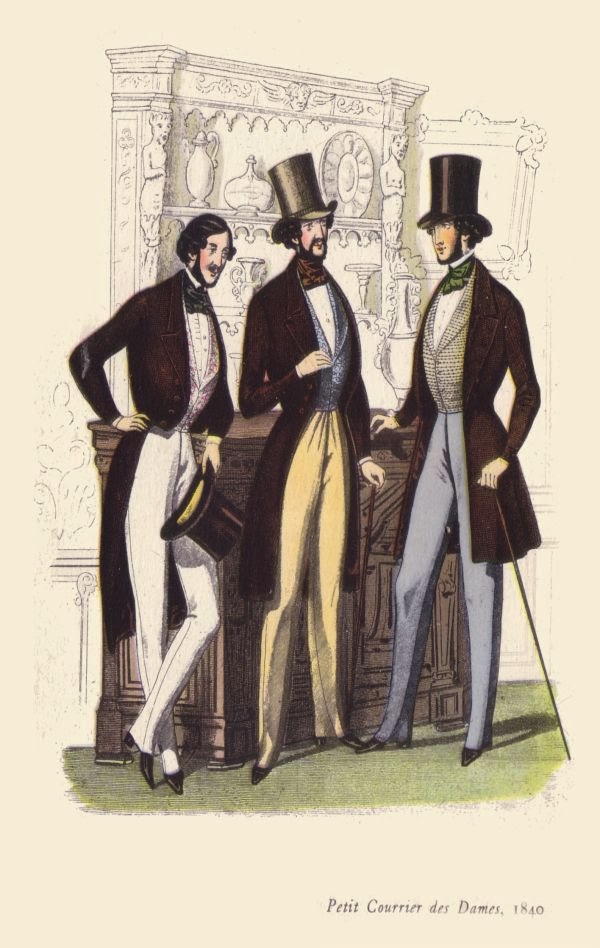 Shapes and cuts kept getting more select. Options disappeared in  droves.  And by the start of the 20th century men were left with this. 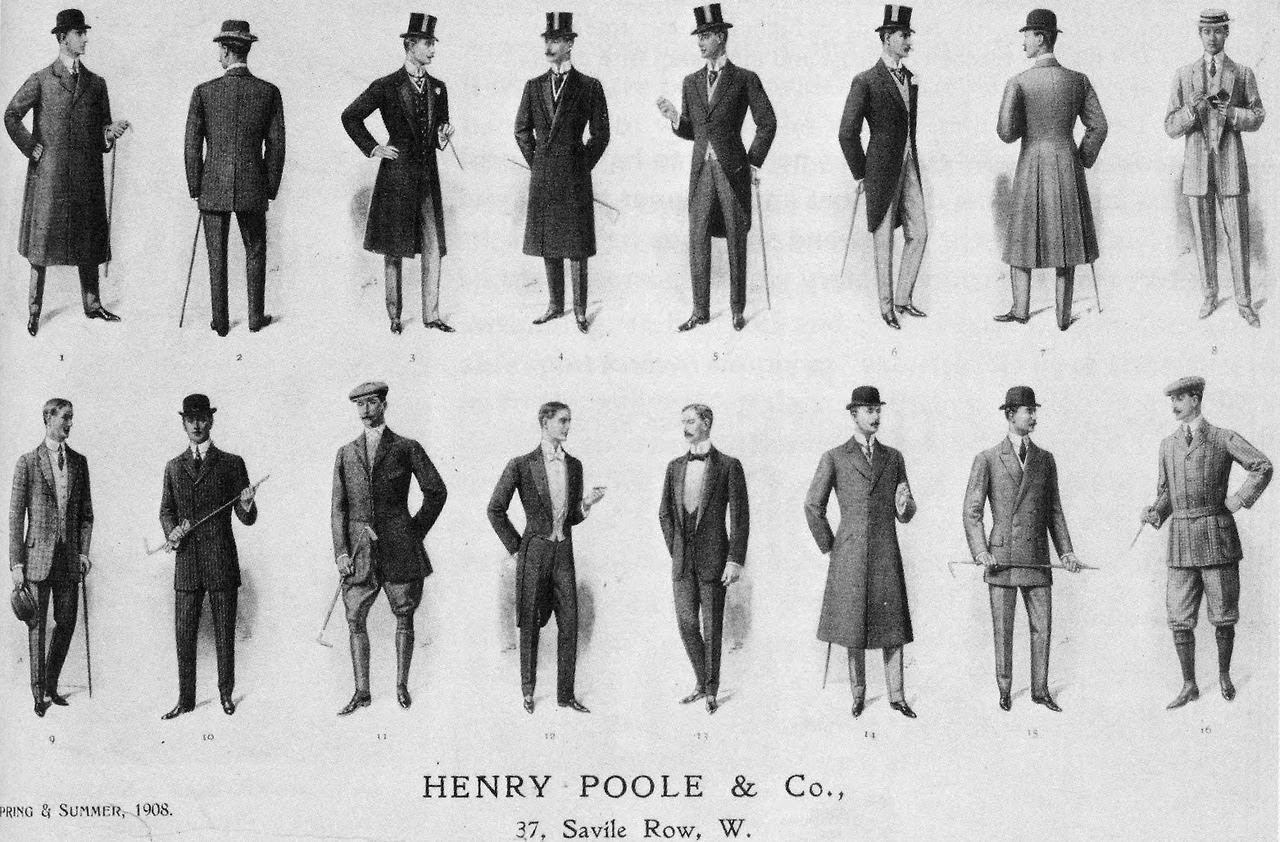 This creeping ossification of style and variation continued through the 20th century, until the rise of sportswear as a category began to make inroads, chipping away at the icy block that men's attire had become.  By the 1950's men's sportswear as a section of men's fashion had become strong enough to exert a real influence. 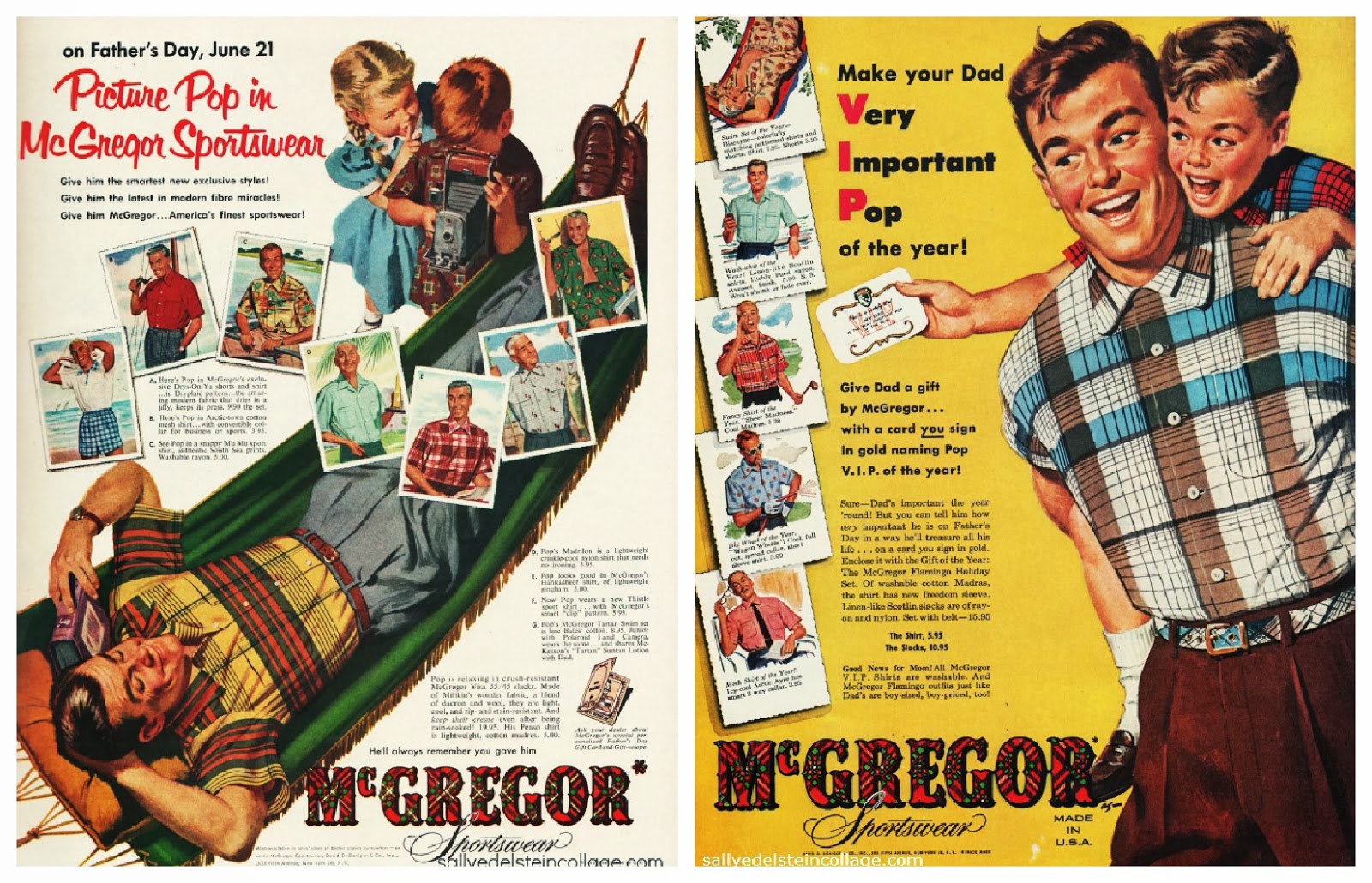 Then, in the later 50's we had to add the growing youthquake into the mix, and the burgeoning sexual revolution. All at once the desire to dress in coat and tie began to be challenged in a significant way.  Sure the suit still held primacy, and even now is still a major player.  No designer would send out a collection without at least a few suits.   But with the continuance of a desire for color, and comfort, the suit is continuing its slow fade into the distance.  In another 50 years, possibly sooner, the suit will be a kind of specialized gear for only the most formal of occasions, like a wedding. 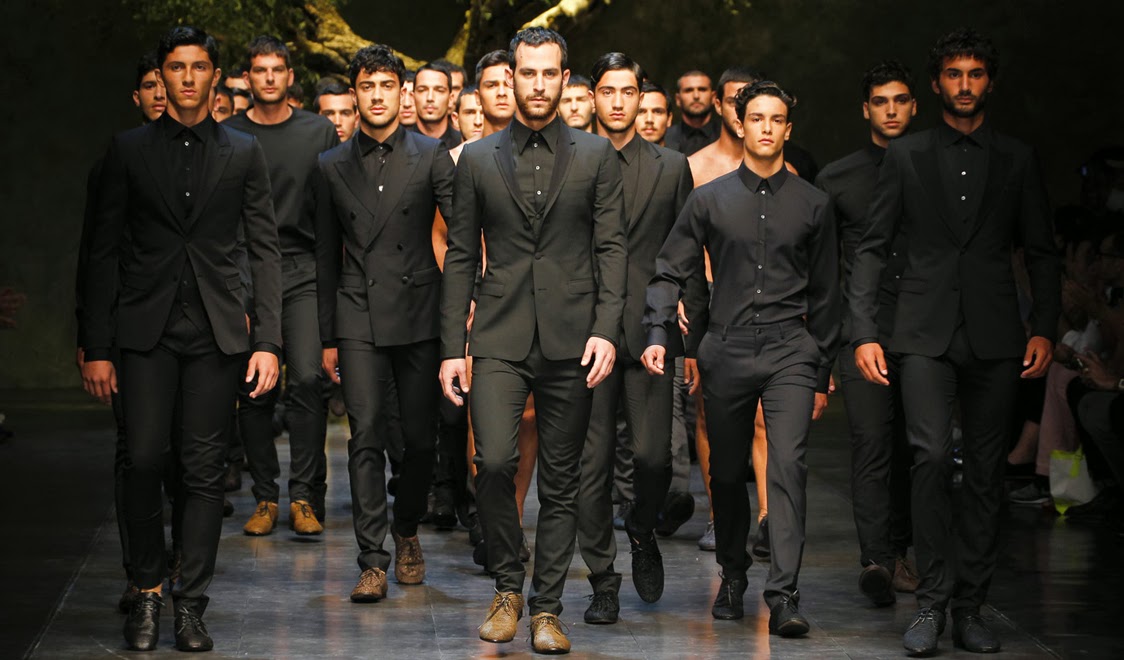 The vast army of gray, navy and black is being supplanted.  And different ways for men to dress are emerging. 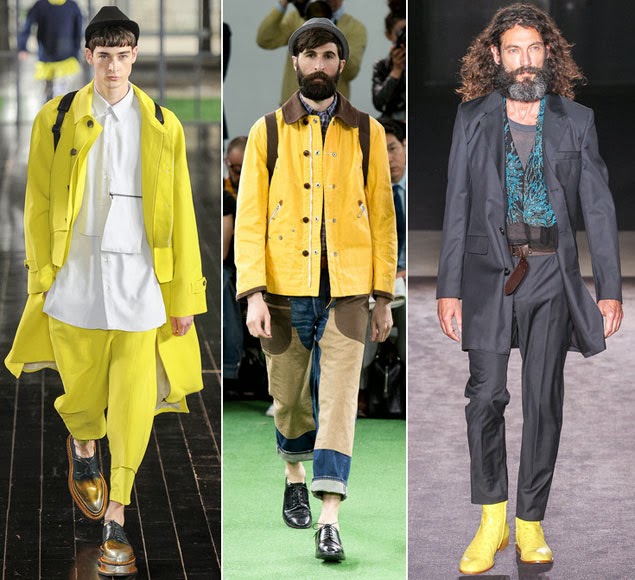 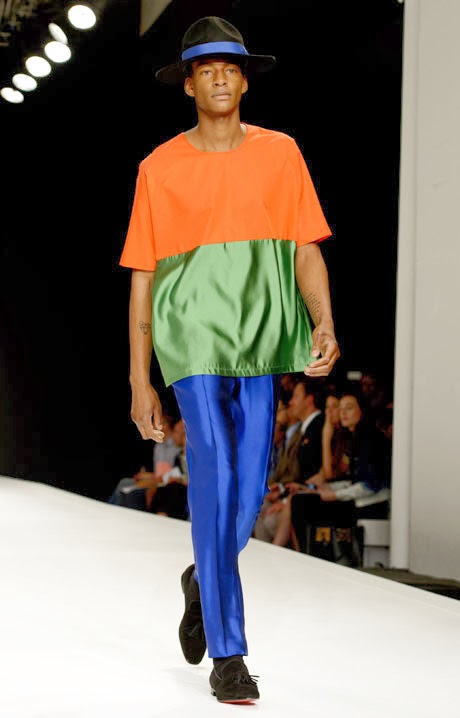 Where this is all likely to lead, who can say?  I have some notion in my own head, but we have seen enough times already what happens when people try to predict fashions.  The results are usually pretty funny.