On The Techno Trail, Part One!

The intersection of innovation, technology and attire is as long standing as our desire to clothe ourselves at all.  From the instant that some unknown person tens of thousands of years back discovered that you could put a hole through a piece of hide, and then attach it to another piece of hide with some animal sinew, we were on the techno-trail.  So, most likely the first invention to have an impact on attire would have been some kind of stone cutting tool; followed closely by a primary version of the awl, probably in bone.  What really started us moving forward though, was the discovery or invention of the needle.  The oldest known one is 61,000 years old, but of course they may have existed even earlier than that.  These needles are about 13,000 years old, but they give you an idea. 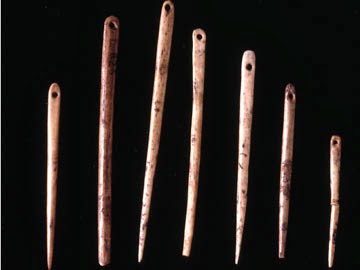 The next important things were the first methods in use for spinning fibers into thread.  Spindles like this one shown on the side of a pottery vase in the British Museum pre-date the spinning wheel, and in some cultures are still in use now. 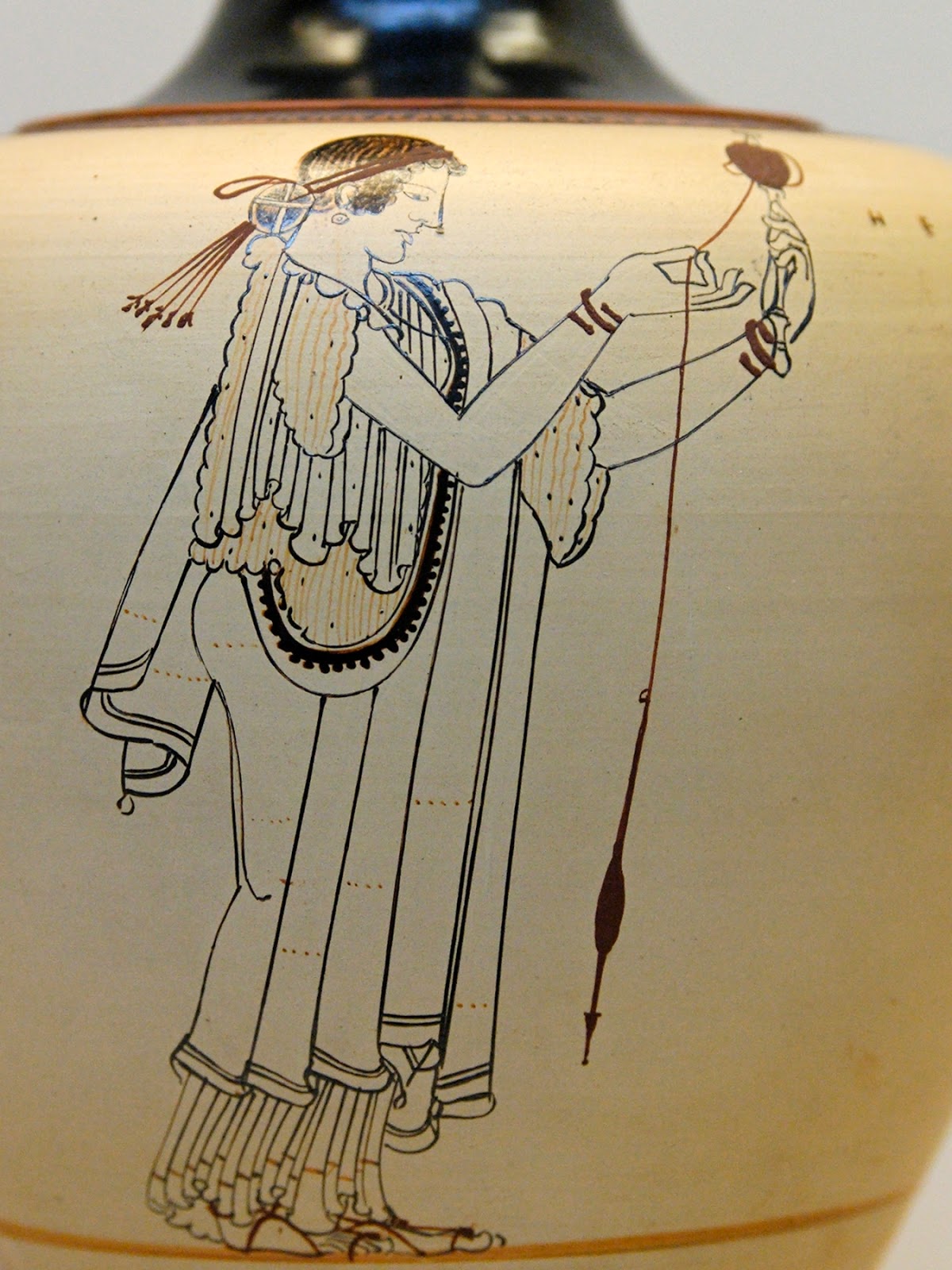 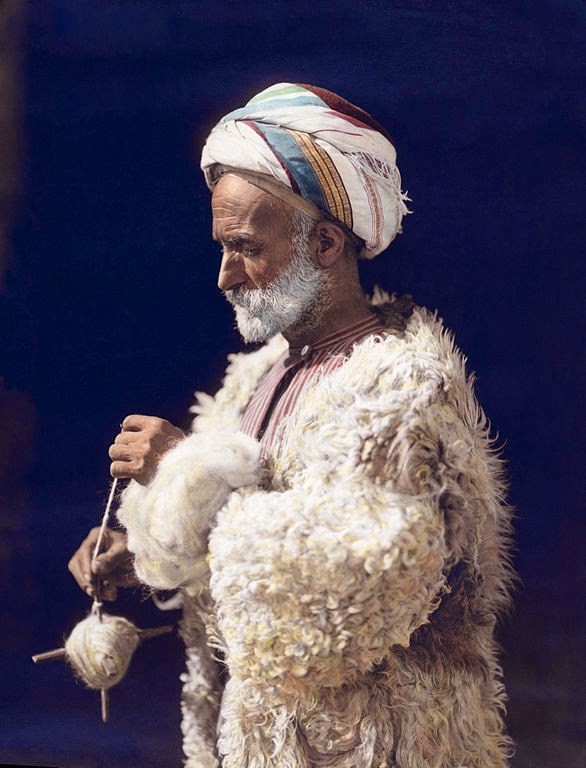 Without question though, the single most significant invention was the loom.  Suddenly the ability to produce cloth in any length or quantity required became a functional reality. 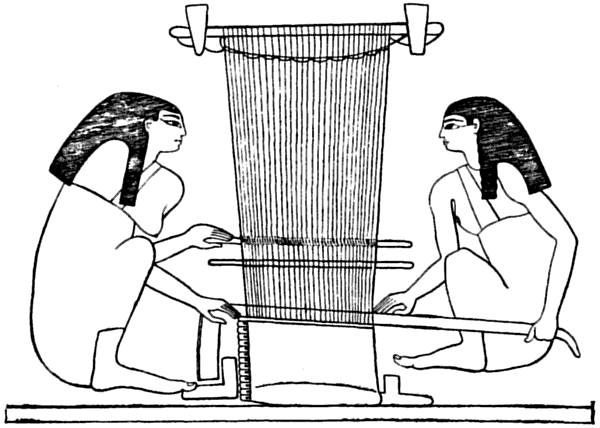 It was not until the invention of the jacquard loom though, that things really amped up.  First demonstrated in 1801 the jacquard loom is important for two reasons, first, its series of punched wooden cards kept track of the design sequence, so a weaver no longer had to herself, allowing textiles to me made with greater rapidity, and less error.  The other reason is that those same wooden punch cards are the direct linear ancestors of the first computer punch cards. 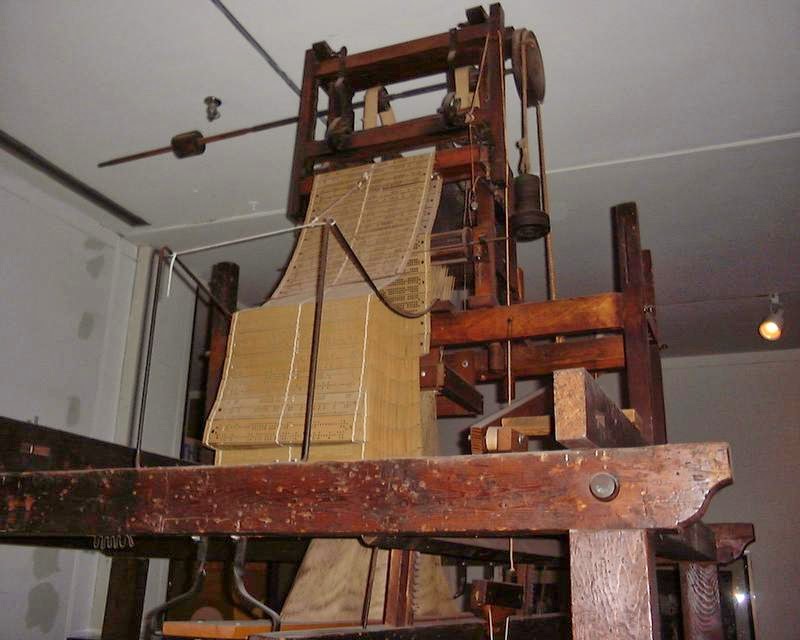 It is important to remember that before 1800 textiles like this were monitored in their manufacture, row by row, and repeat by repeat by the weaver and an assistant. 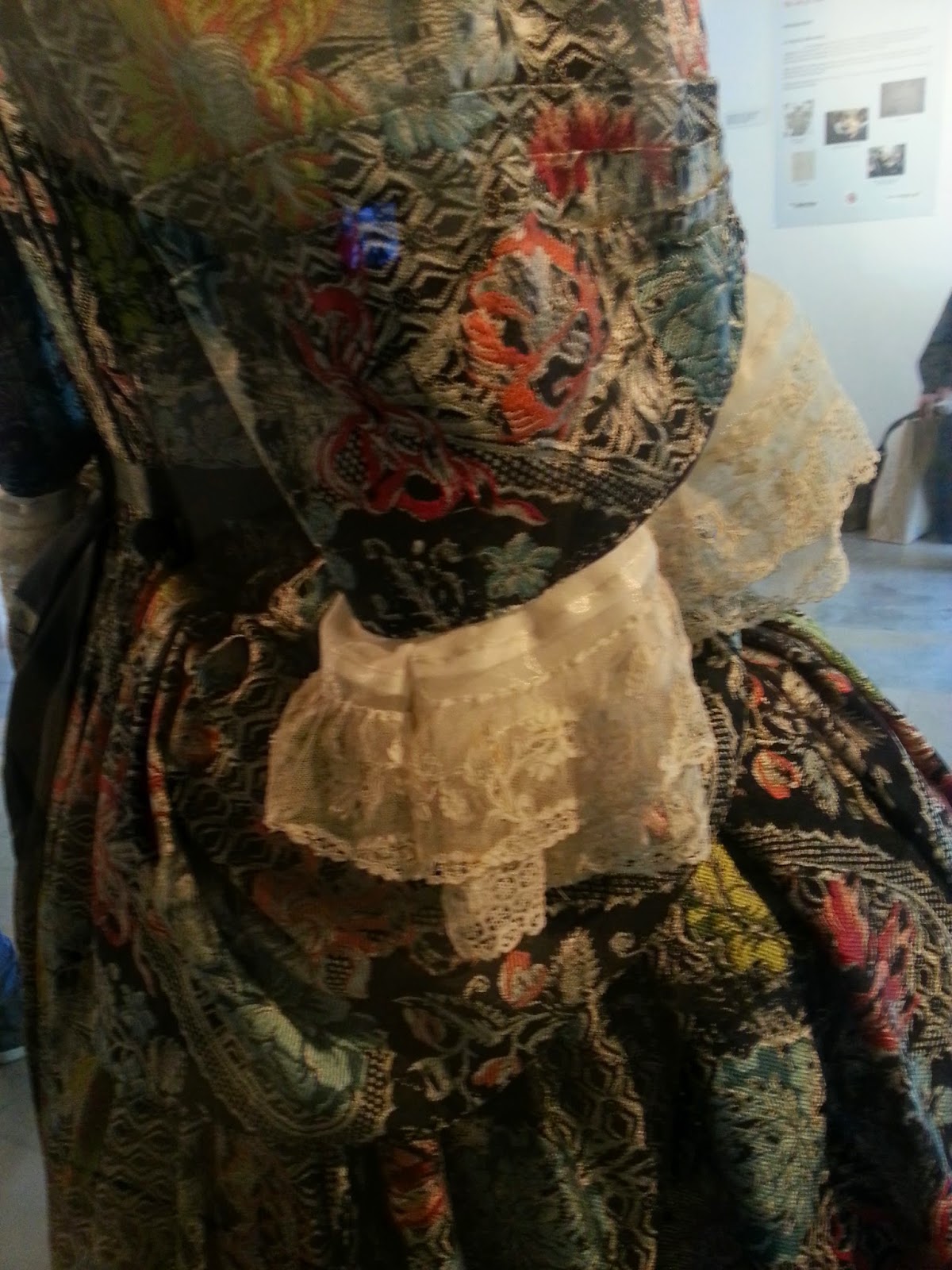 Clearly weaving is not the only way to create pattern, printing and surface embellishment also developed alongside the weaving process.  The earliest known printing blocks are Chinese and date to 220 AD. These are textile printing blocks currently on display at the Horniman Museum, as a donation by the Dartingtion Hall Trust.  They show remarkable sophistication in their design and execution. 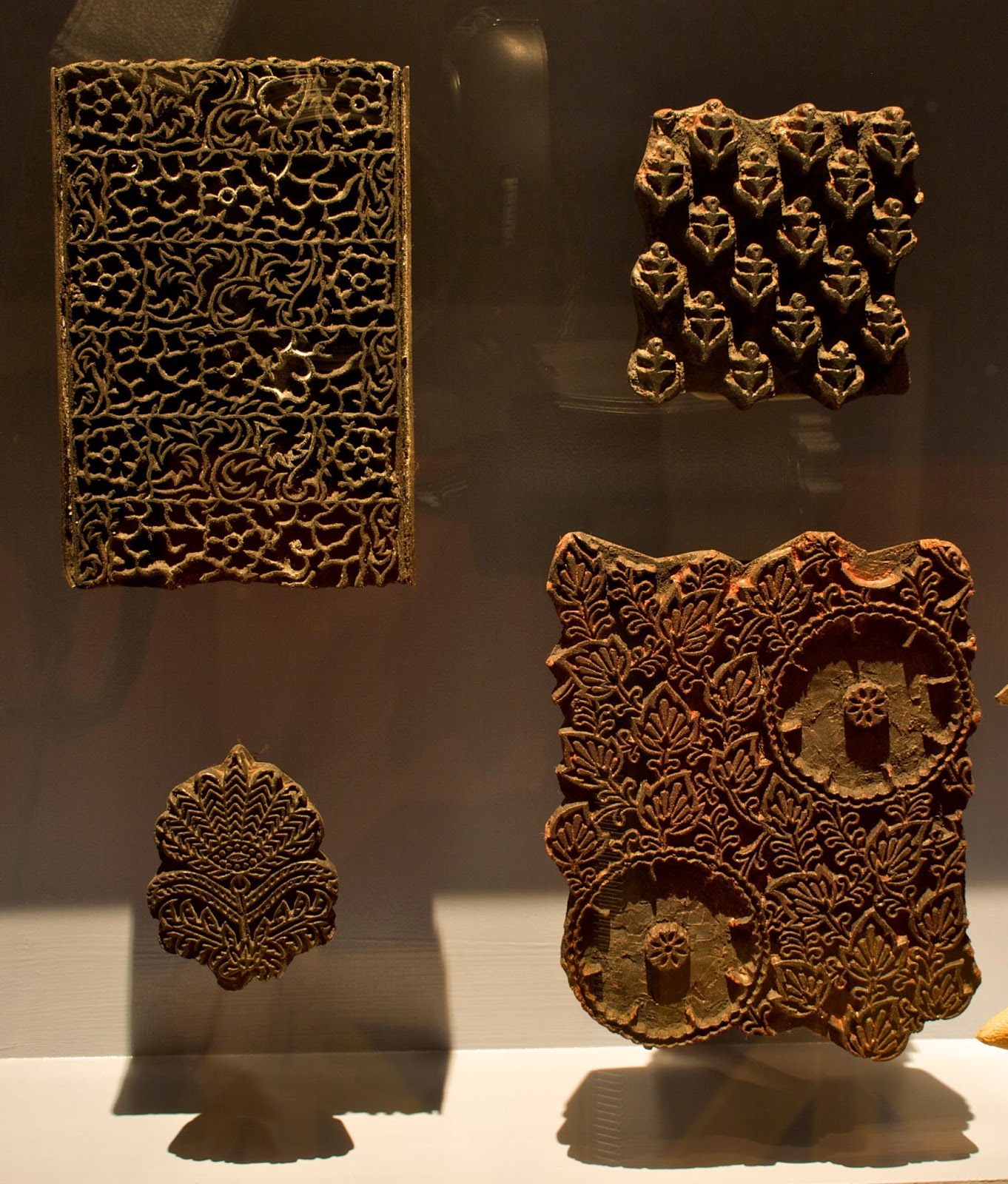 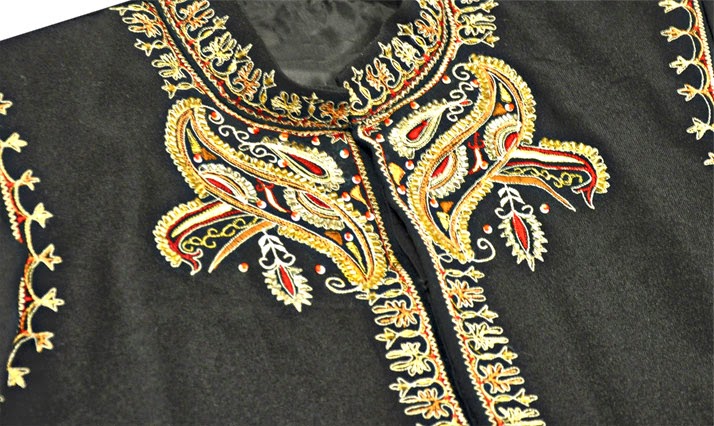 Textile embellishment has a very long history as well, and spans virtually every culture known.  And as an art form it has until recently been the province of hand labor only.  This example is from a Dries Van Notten ensemble.  Both textile printing and embellishment continued to gain more and more sophistication and variety, broadening their color palettes, and including more interesting materials. 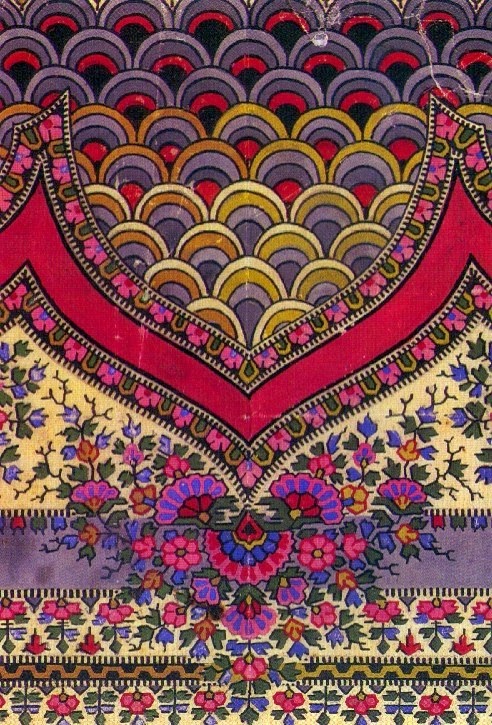 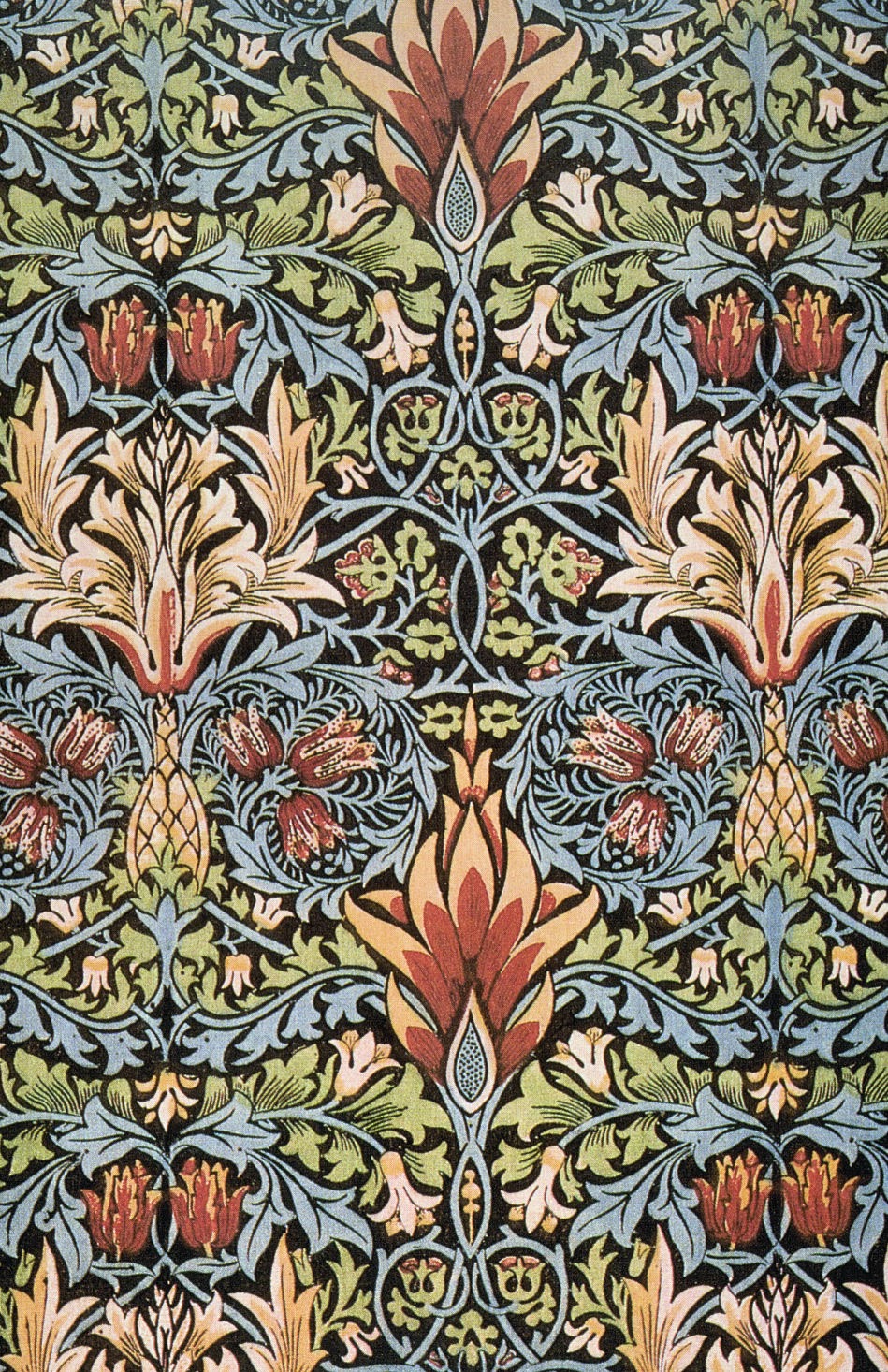 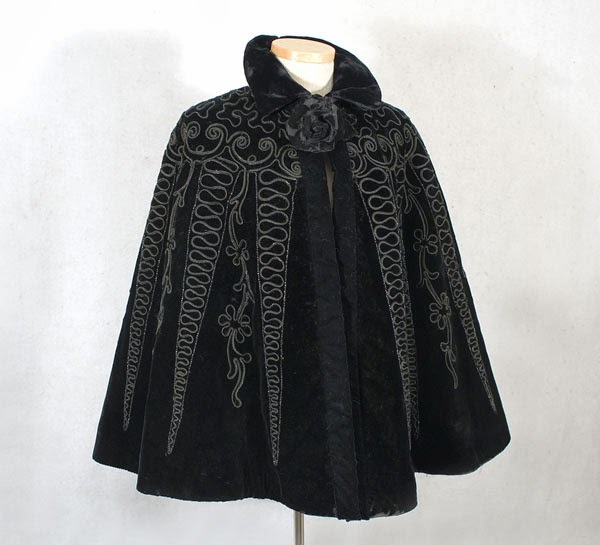 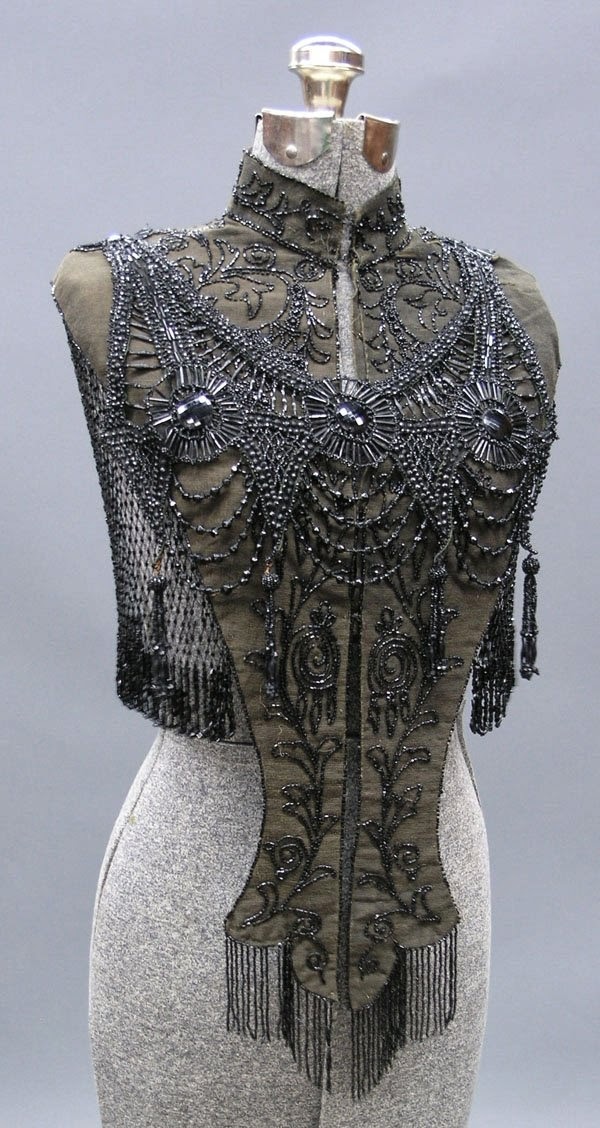 To bring Part One to a close, the Industrial Revolution, with the introduction of countless devices like the Cotton Gin, the Spinning Jenny, the mechanized loom, and the lace making machine brought more and better textiles to greater numbers of people than ever before. Options continually increased, and availability broadened.  It must have been a heady time to be around, just trying to keep up with all the changes occurring, much like today.
In Part Two, I'll finish up with the 19th century and its advances, and bring us all the way to now.  There's still so much to see!