Over the time I've been doing this blog, I've amassed so many images that I've squirreled away that really do deserve some time in the sun.  So, this is sort of a scatter post, but its all about footwear.
Human beings seem hard wired to create some pretty extreme, bizarre, and often sculpturally beautiful ways to cover our tootsies.
These gold leather football sport shoes were designed and made by Adidas in 1959, as a pair of footwear they are remarkable since the notion of wearing metallic gold leather on a ball field seems odd to say the least, but they are kinda fabulous.  I'd totally wear these, sans cleats, of course. 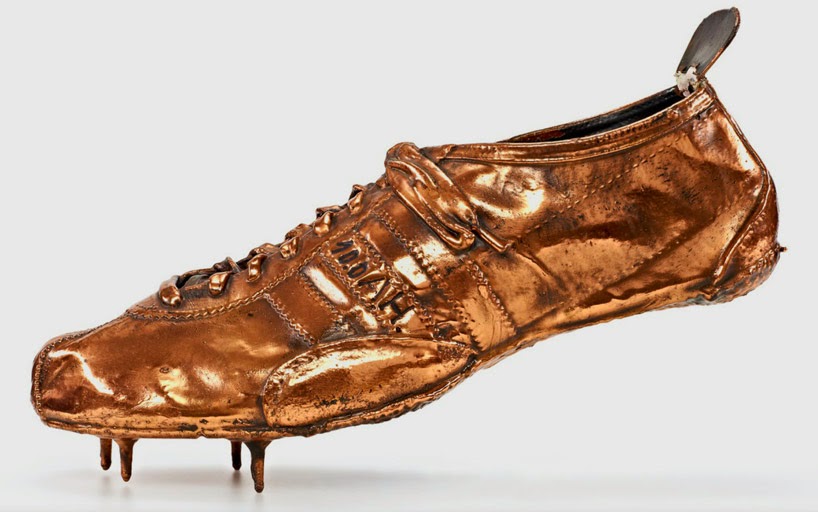 Wooden sandals like these Charana Padukas come from India and were commonly worn by mystics, and holy men, while on pilgrimage  The knob is clenched between the big toe and the next. 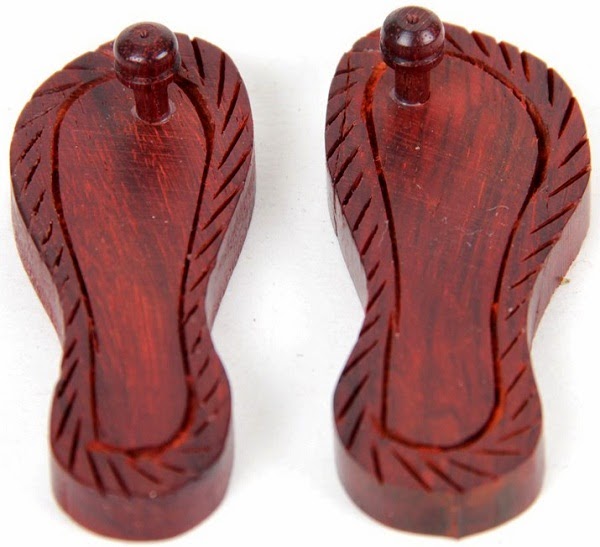 These shoes are from 19th century China.  They are made of silk, with silk embroidery and a wooden center mounted platform, used to allow the robes to fall with more length and grace. Clearly, whoever wore shoes of this sort was wealthy and had servants, since walking in these must have been a slow, perilous process. 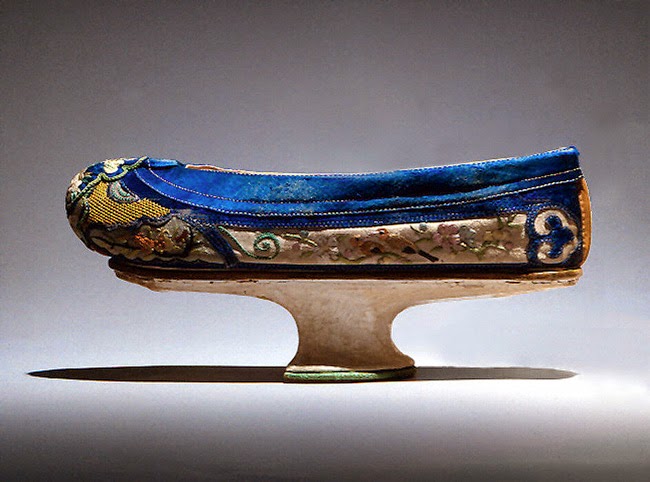 The 18th century in Europe had shoes that were, at least, a bit more realistic of use.  These green brocade shoes are embellished with gold lace and have a pair of pattens to protect them from street muck, and dampness.  The only thing missing from these shoes are the buckles, which were at this point, not attached to shoes. They were purchased separately, and used for many pairs, since the buckles were often very expensive indeed. 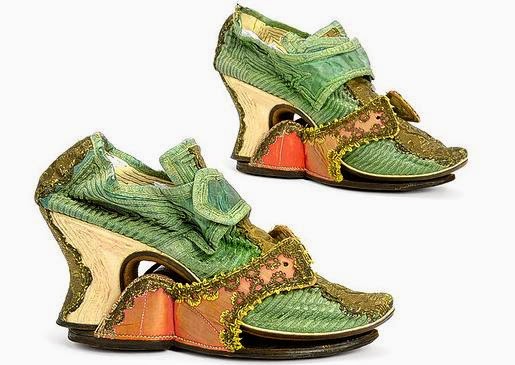 Scrolling back a century we find these English shoes, with attached pattens. The heels and toes are far higher, and longer than their followers of a century hence.  White silk over a leather foundation, trimmed with metallic lace and braid.  They must have been a bear to walk in considering that the patten is not flexible in the least. 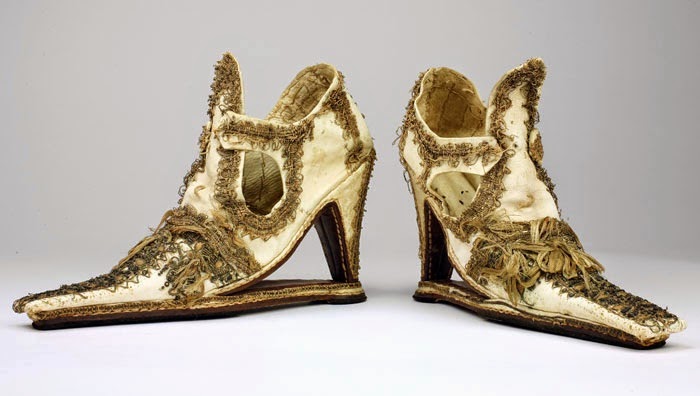 In one of his final collections, Alexander McQueen introduced the Armadillo shoe.  This version in beige leather with Swarovski crystals and beadwork re-invents the shape of the foot entirely.  Evidently they were hideously dangerous to wear, and more than one model took a header in them. 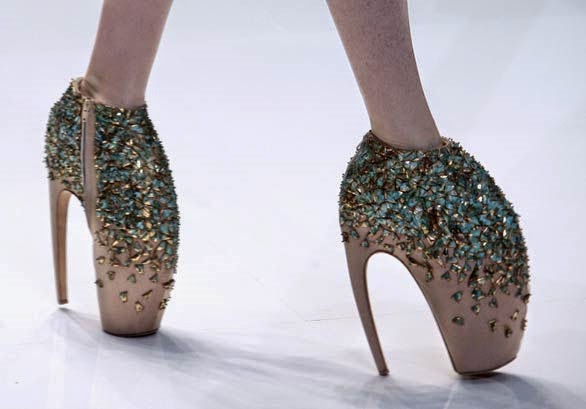 I'm including these shoes from 1885 because they are just flat out beautiful. The ribbon decoration is unique, and lovely. 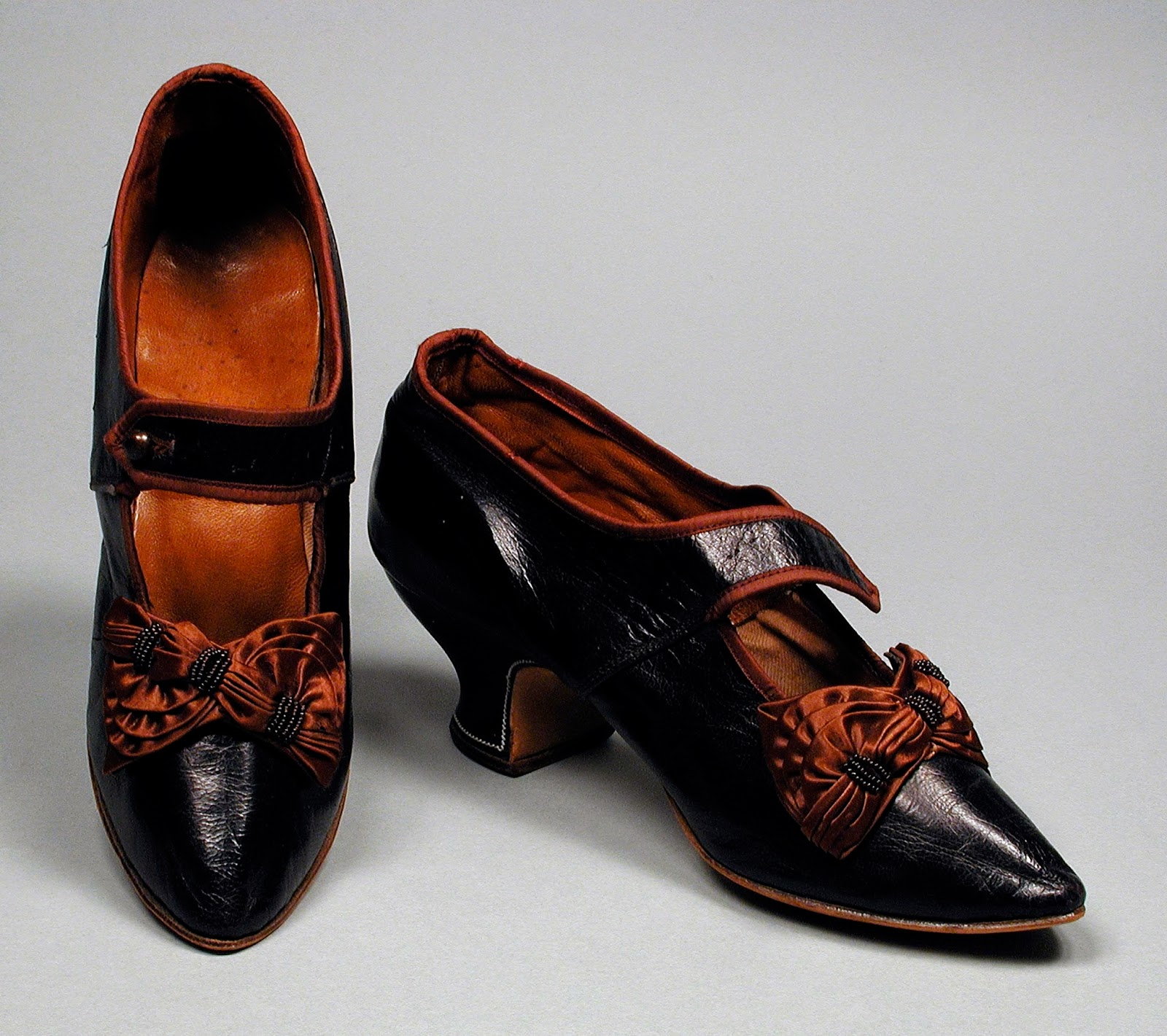 These strange creations were a tradition for weddings in France for 4 centuries.  The bride wore these amazing things of wood and metal.  At least they don't look dangerous to wear. 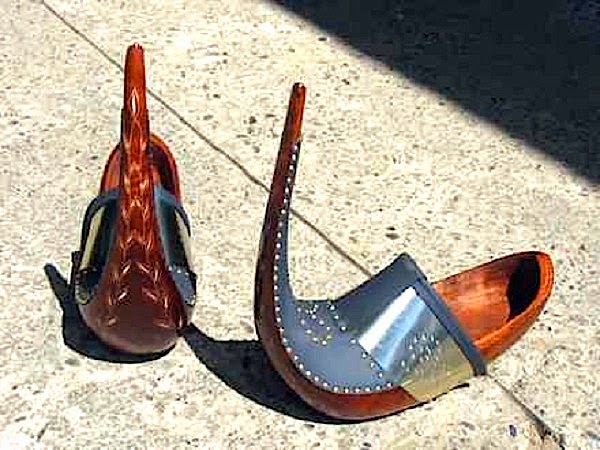 And as a final entry here, these are called Nalins and they were worn in the Middle East from the 14th through the 17th centuries.  Made from wood and inlaid with mother of pearl they frequently topped out a foot in height.  The strap of leather was usually heavily decorated with silver, and chains and fringes of metal beads hung from the sides, sometimes all the way to the ground.  Like most versions of this sort of footwear, height from the ground was closely connected to social position. 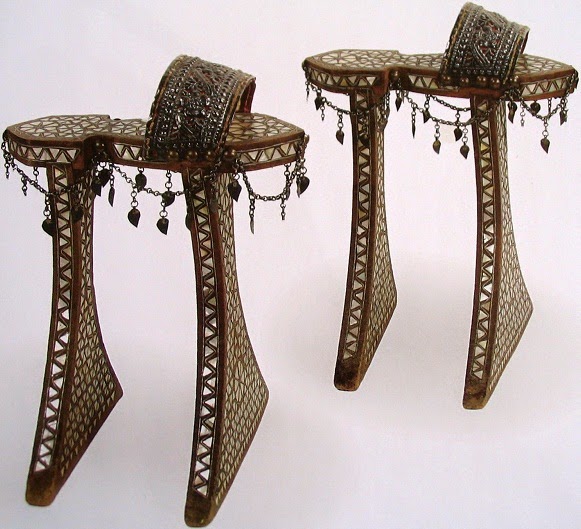 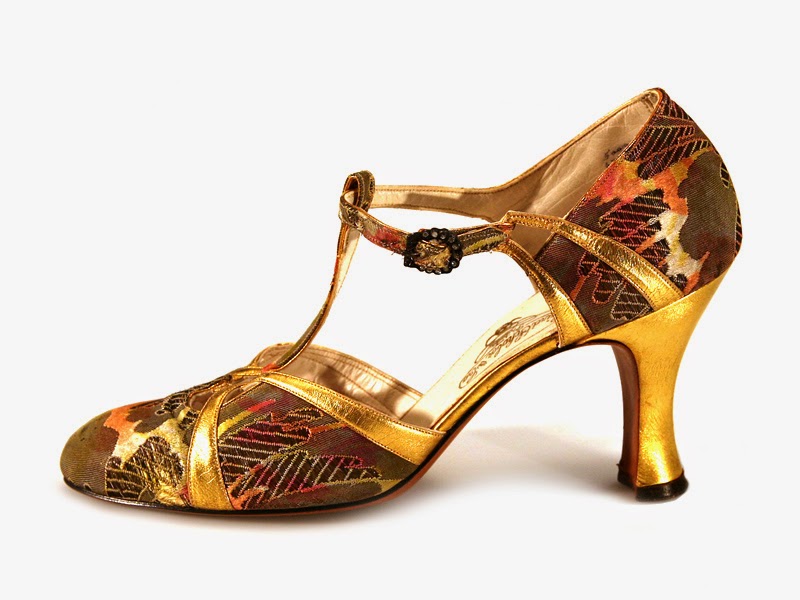