In the Attire syntax verbs phrases are of course a constant presence.  Every set of pieces that make up a full ensemble from top to toe contains one or more items that establish the action, whether passive or active, that is being expressed.  In a single outfit, there is a garment, and occasionally an accessory that explains to the viewer what the wearer is doing, thinking or feeling.
So, here are a number of visual examples, with some explanation of what I believe to be the verb in play in each case.  Feel free to disagree if you want to, of course, we are all making our way together through this morass of symbols.
I will start with one that is less obvious than you may think.  Nope, its not the skin tight dress that is the verb here.  Posed and accessorized differently, the dress though snug, would not inevitably read as it does here.  In fact, what is the operative verb is her hairstyle.  Everything about that particular style states, "I am on the prowl"  It wouldn't matter how she was otherwise attired, the hair would still be making that same remark. 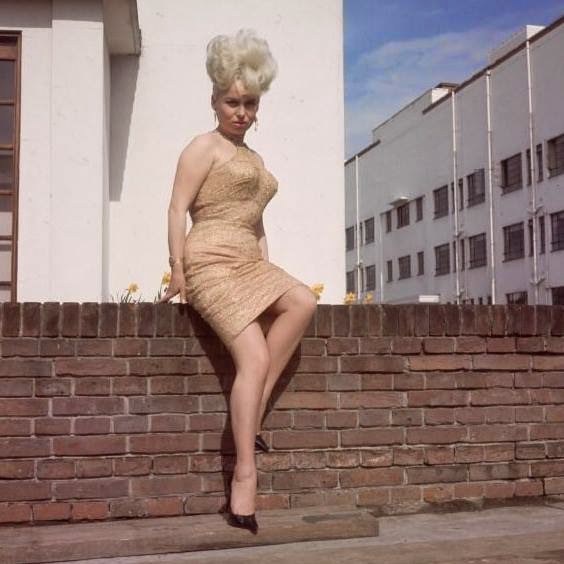 Next Kaiser Wilhelm the First in a portrait by Anton von Werner.  Again it is not the obvious thing that is the action word in this statement of temporal power. Sure, you could look at this and say, its the whole schmegeggie that is the verb, but in fact, its just that very "pointedly" positioned sword. Without that sword he is just another man in a uniform bedecked with medals.  When that accessory comes into play, it is motive.  At once we see that he is "seeking to dominate".  Don't believe me?  Put your hand over the lower half of the image and see how it changes tone. 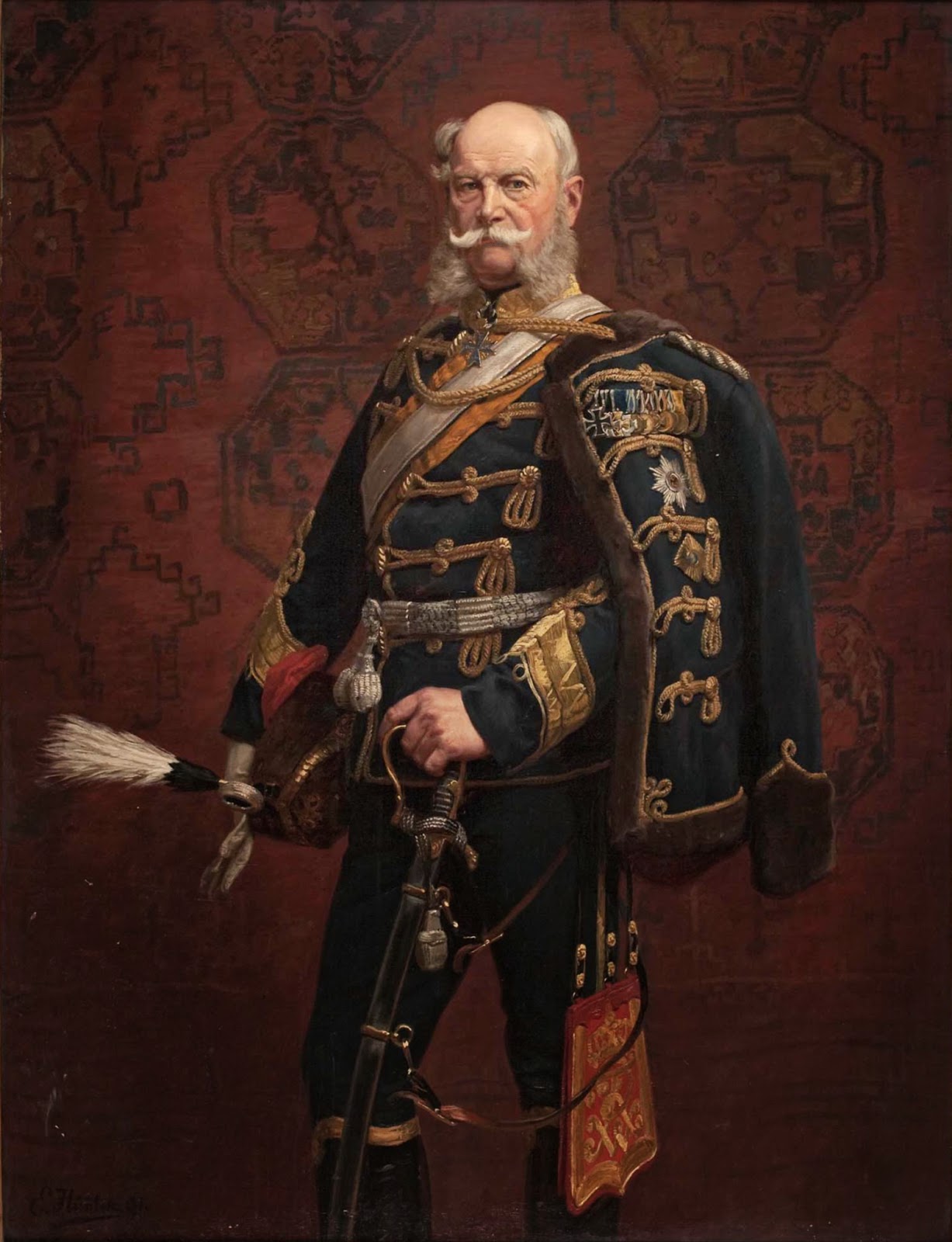 One of the more notorious women of the 19th century was the Comtesse De Castiglione, mistress to Napoleon III.  She was known for her sartorial extravagances.  Here it is that vast dress that is the verb in her statement.  What is the sentence?  "I enjoy obvious wealth and opulence". 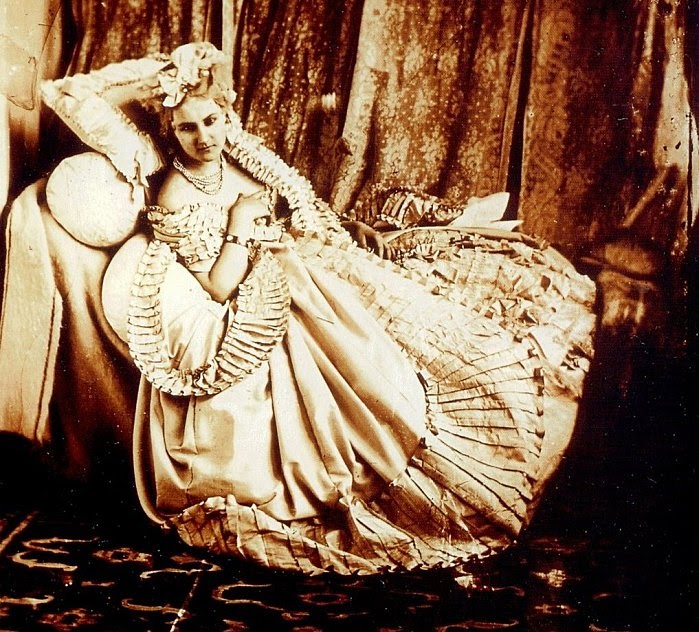 Kayne West here.  The verb phrase is that fur coat.  What do you think is the pronounced statement?  Is it "I thumb my nose at political correctness"?  "I revel in sensual display"? "I desire you to know how wealthy I am"? 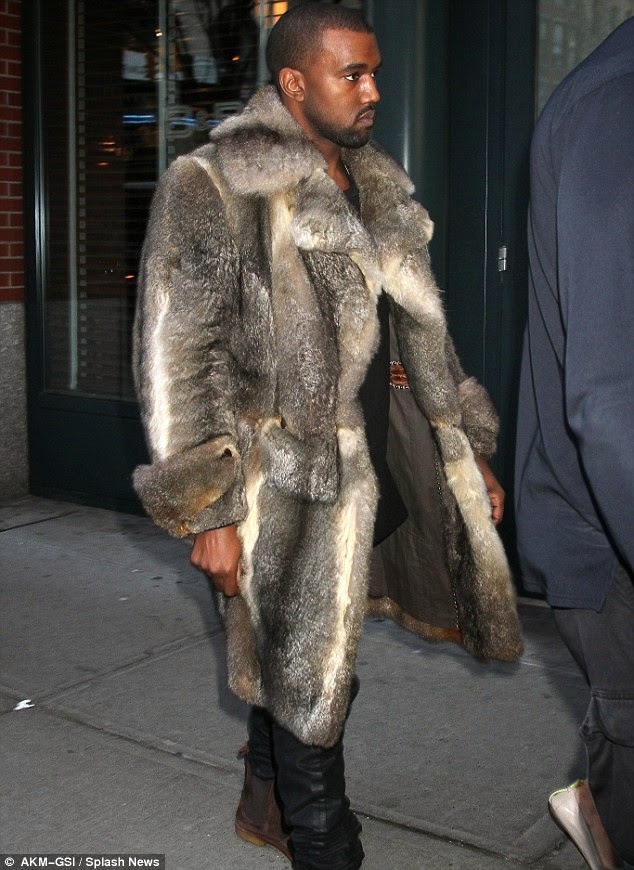 This delightful young woman is my next example.  The verb in action here?  That jacket, of course. In this case, everything about what she is wearing is supporting the "I love having fun" verb phrase that is that jacket. 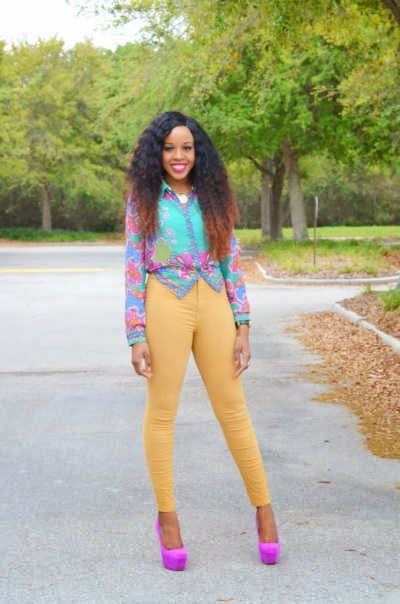 Our next observed person is this young man.  His verb?  Those unusual shorts which look almost like a skirt. In this situation, the verb phrase is a more subtle, complex one about having no interest in the past or in societal notions of normality. 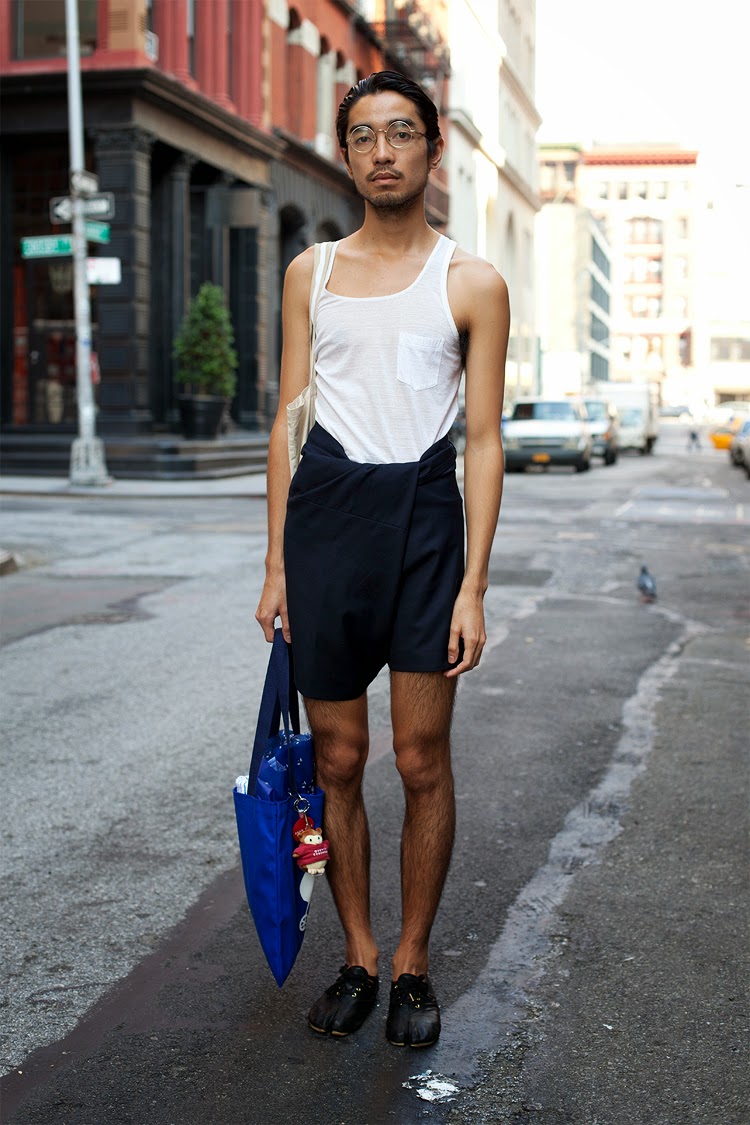 For my last example of the verb phrase concept, this unabashedly stylish woman.  In this case, there is no clear winner in the the verb category.  Her ensemble is so well balanced in its individual elements, even to the hairstyle and glasses that the entirety becomes the verb phrase, "I am". 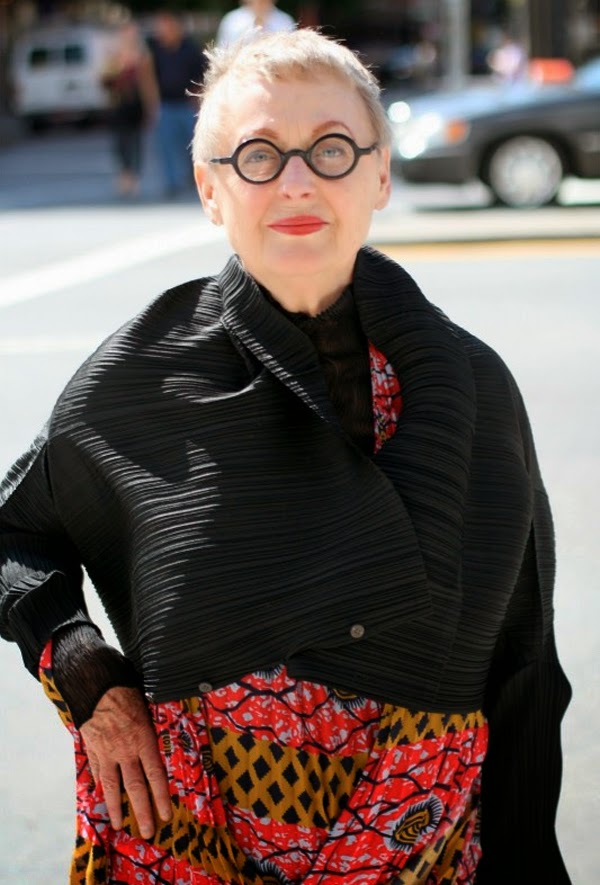 There are many instances where the verb is not clearly self defined, particularly when we are dressed in some sort of professional gear or uniform, then our own choices become subordinated to a degree to the symbol of the profession or group.  I will delve into that aspect another day.
For now though, have fun looking about and trying to suss out the verbs  being worn around you.