Utterly unrestrained creativity.  Forget about usefulness. Forget for a moment about words moving in and out of the Attire language.  Forget about things like wearability.  You are within the realm of young Dutch designer Bas Kosters. 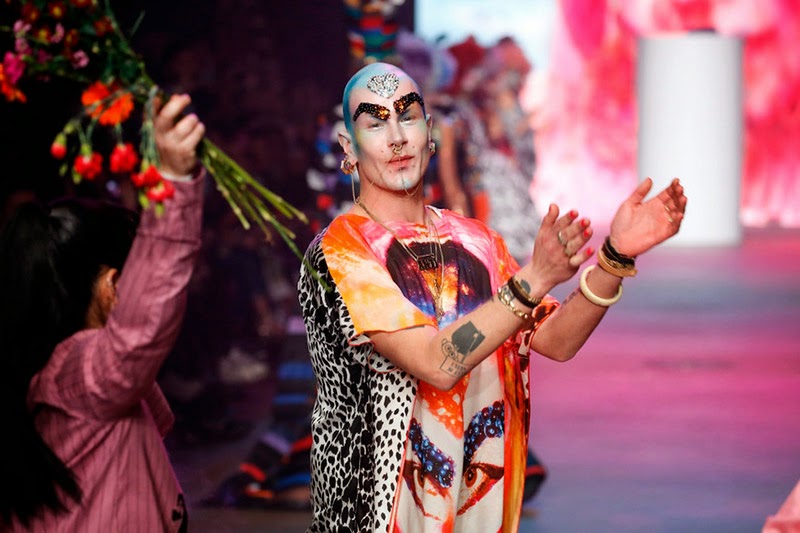 You know, if you've been reading this blog a while, that I stand behind the avant garde designers and what they do, because I feel its incredibly important to challenge, always, whatever may be perceived as the status quo. If we don't question, we don't move forward, and we don't create.  Mr Kosters does that, routinely.  Now what you're going to be seeing here, as you scroll down, is an extreme example of that untrammeled creative voice, even for him. But it does deserve to be looked at, and if possible, understood a bit.
By throwing all our sartorial conventions into the air, our notions of proportion, shape, color balance, gender, he creates a sometimes gleeful, sometimes deeply sexy, sometimes disturbing new reality.  Its as though we've been taken in a blink to some other dimension, where color, and pattern reign supreme, and male and female, as concepts, do not exist as separate ideas.
There are so many emotional and psychological states presented here, so many ways of thinking about how humans look, move, and convey messages to each other, that its hard to sort through. But I think its worth the effort.
So, take a look at these. There is strange beauty here, humor, commentary, and in your face challenge. 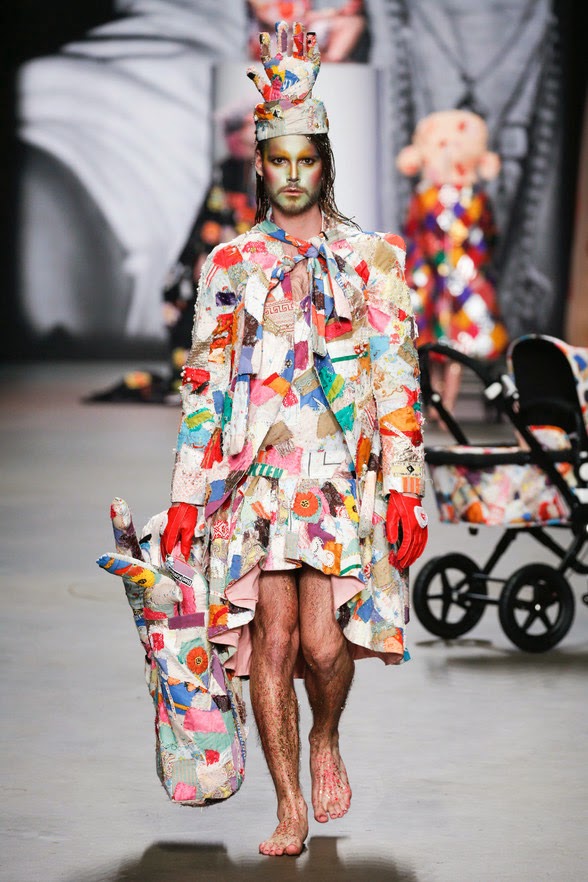 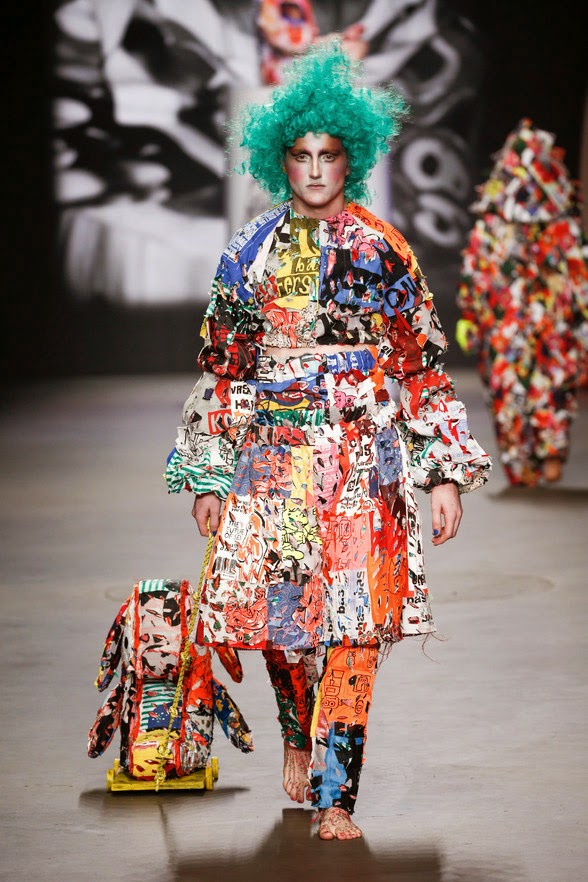 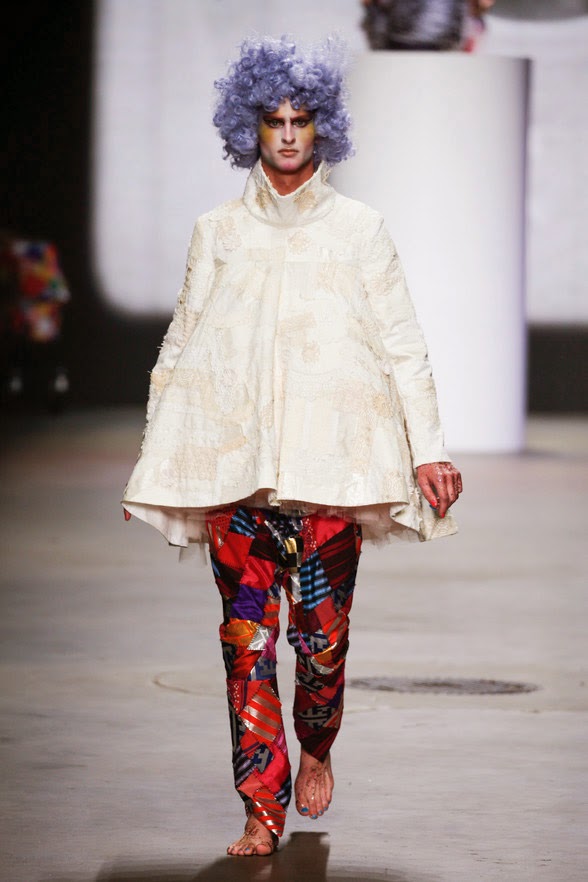 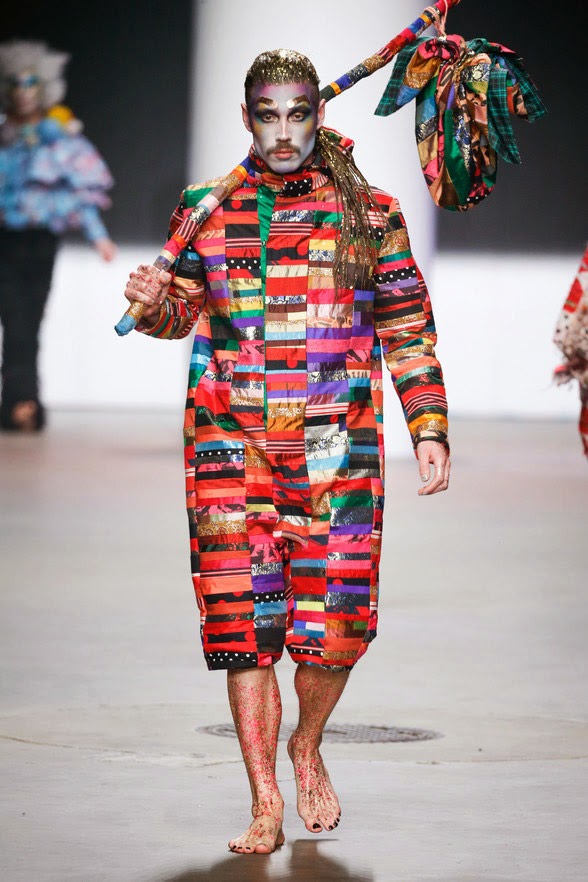 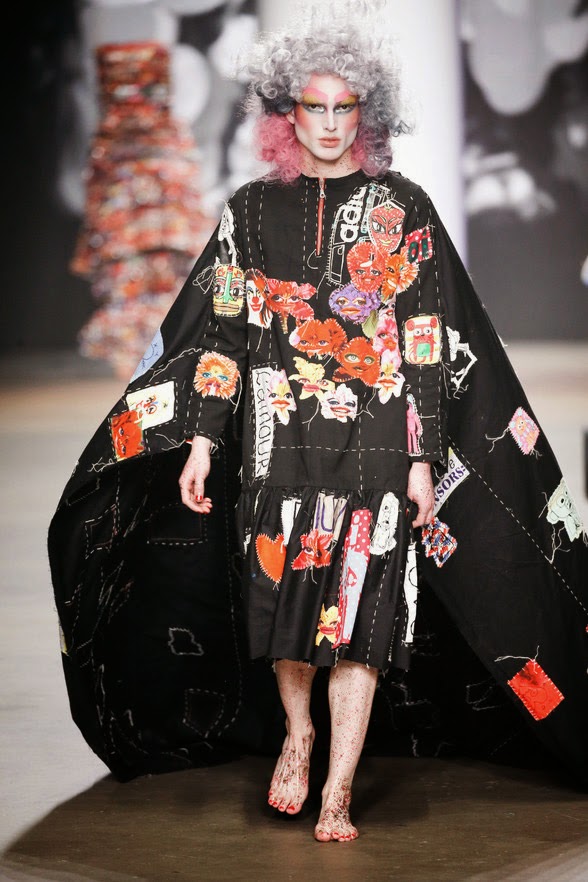 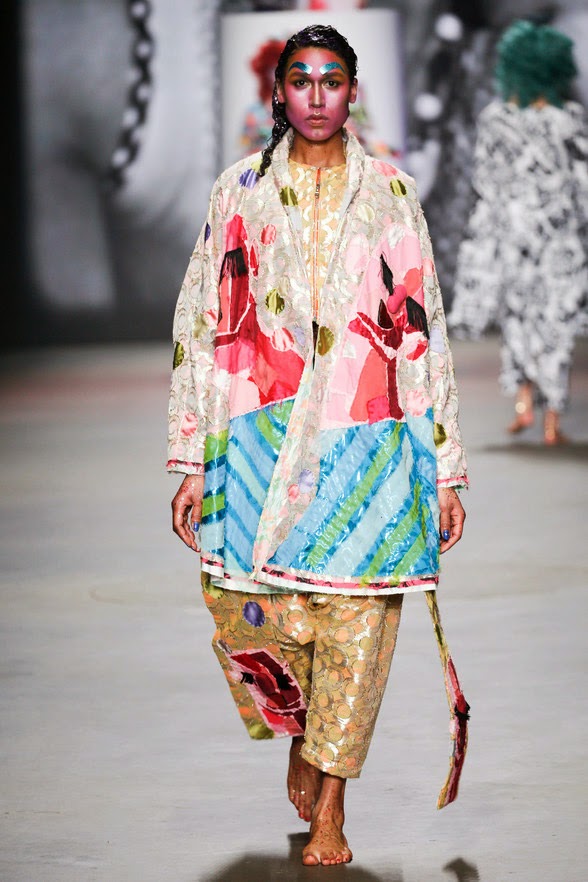 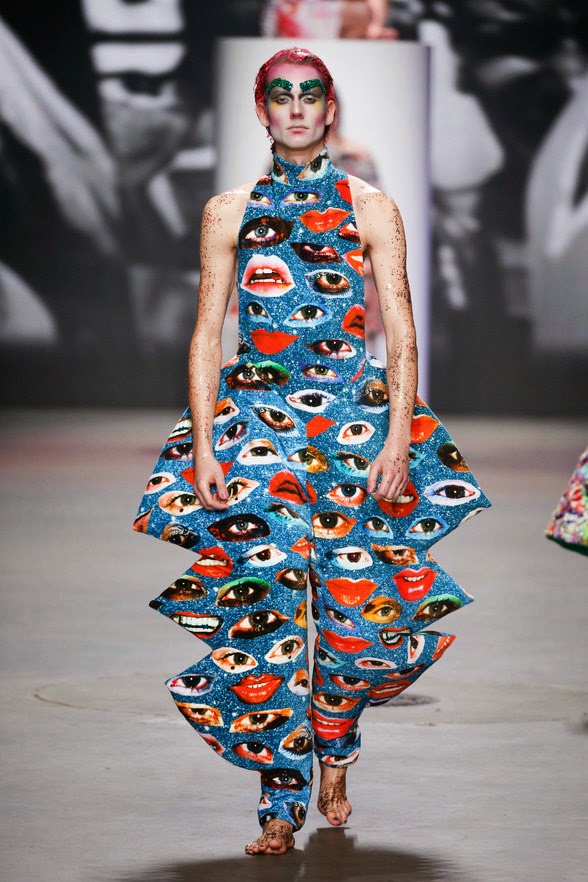 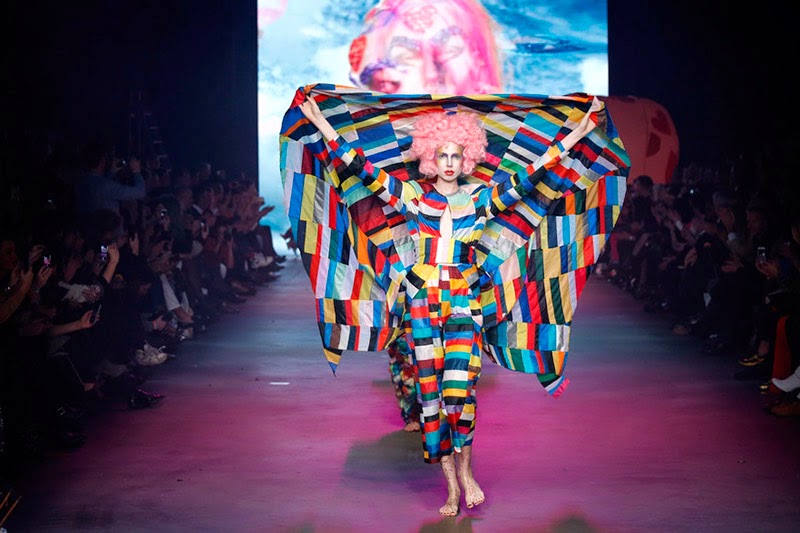 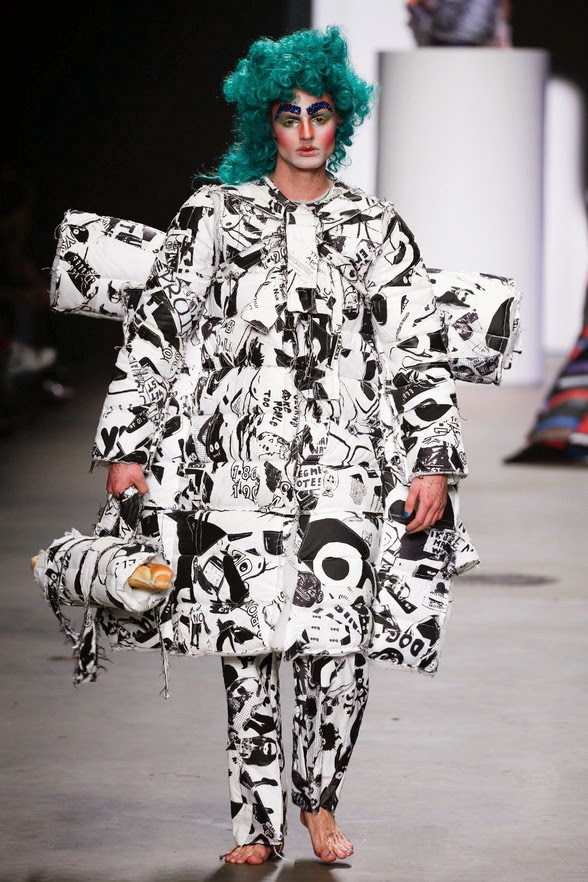 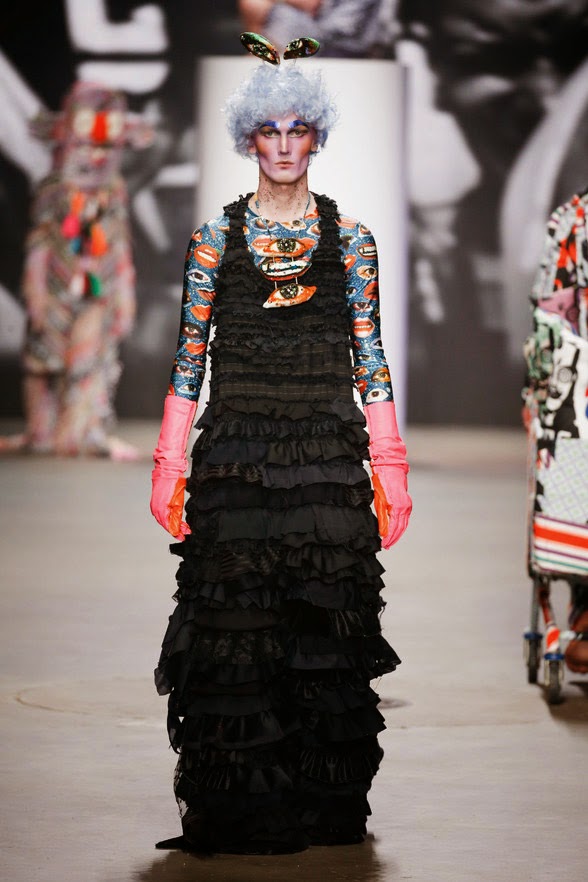 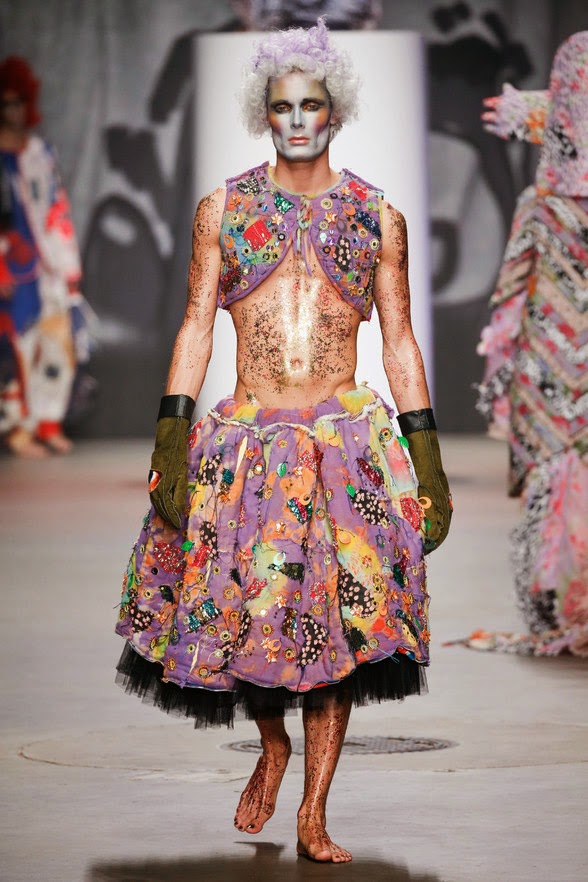 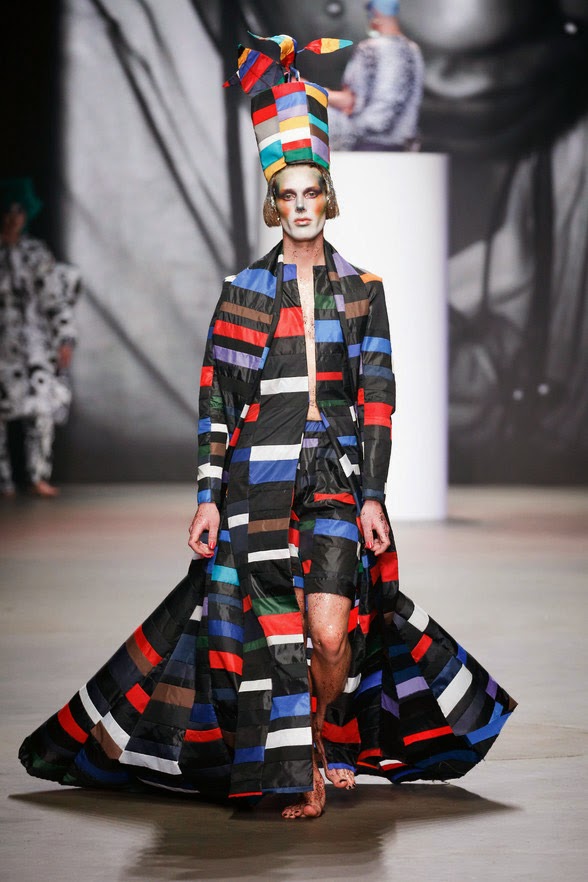 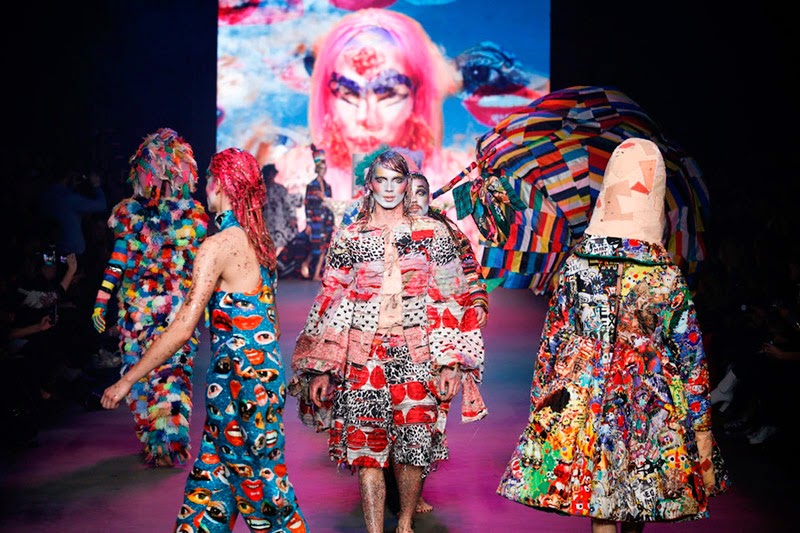