I have tended, so far, to post extraordinary garments when doing my One Shot posts.  And that will doubtless continue.  But there are things to be gleaned from more humble pieces as well. 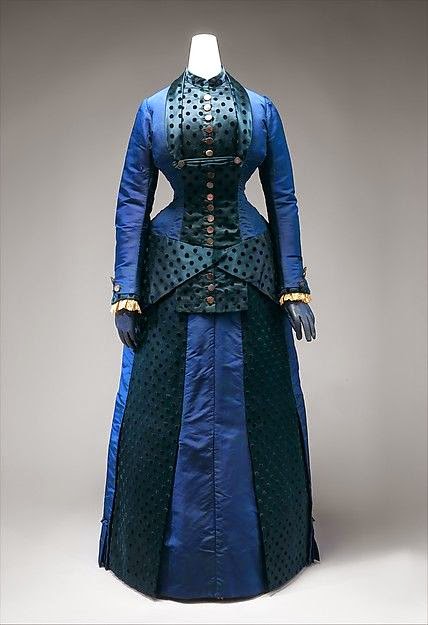 This day dress, now part of the Metropolitan Museum of New York's extensive collection, is one that is resolutely of the middle class.  Made up in the 1880s, this is no couture piece.  At this time, most women of any means had one or two dressmakers whom they visited as often as needed to have their clothing made for them.  Such dressmakers would also do alterations and repairs, or re-style an existing dress towards newer fashions when the time came to. 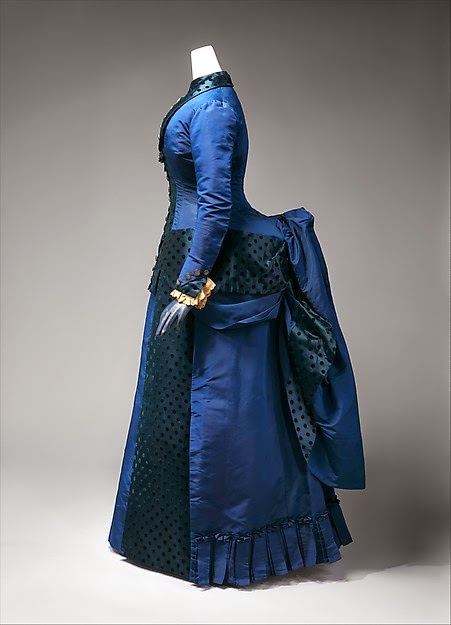 Though this dress is made of silk materials, its relative simplicity of design, and lack of fuss, makes it more clearly a middle class level effort.  Had this been for someone of greater means, there would have been far more in the way of trimmings added to it.
The anonymous dressmaker was clearly a person of good skills, and a fine critical design eye.  The balance, and use of the two textiles, a royal blue taffeta, and a teal dotted faille, is handled expertly.  There are no places where the two fabrics interact that seems awkward.  And the overall design is one that inspires a sense of place, purpose and propriety.  This is a dress for a woman, who makes an effort to fit into the greater scheme, and is content with her status.  Nothing about this in design or execution implies a desire to be higher in status, or more worldly in affect. 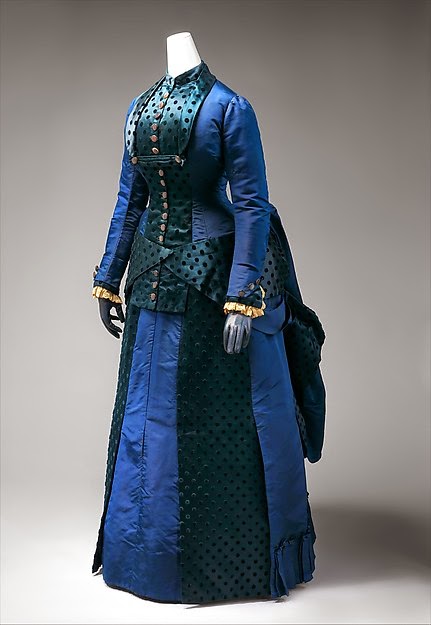 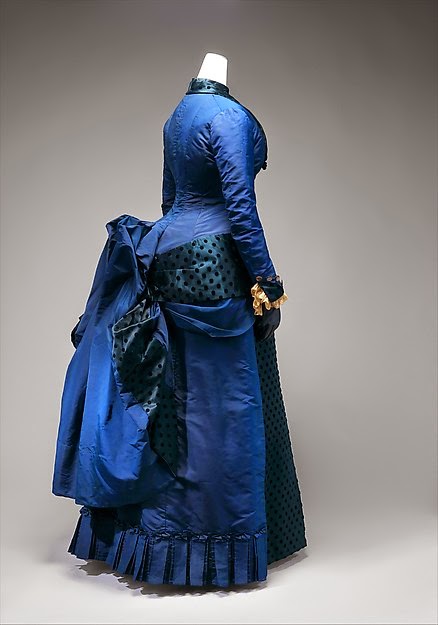 One of the things I find interesting is the somewhat unusual length of the bustle in the back.  Instead of reaching the floor, the tails of the bustle draping end several inches up, which would certainly have made going about her tasks within the house far simpler; it also would have made this dress comparatively effortless to wear out shopping, since she wouldn't have to negotiate as carefully through the streets, or on an omnibus.  Though it wouldn't appear so to our 21st century eyes, this was not a dress for a woman with nothing to do but lounge about ordering servants.  This was a dress for a woman who was actively a part of the household. 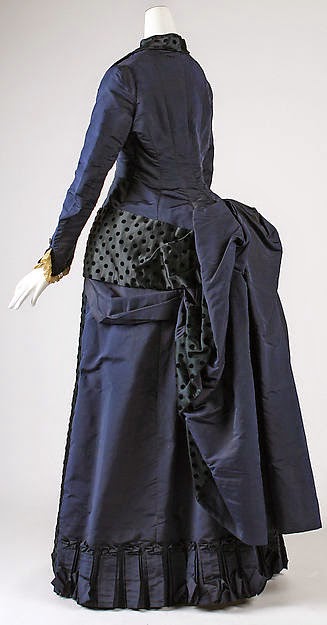 To me, the most notable detail is the pleated ruffle at the hem. It was one of the go to decorative tricks in use at the time, doing stacked box pleats, sewing them on about an inch down from the top, and then deliberately fanning the heading out to create a short frill. 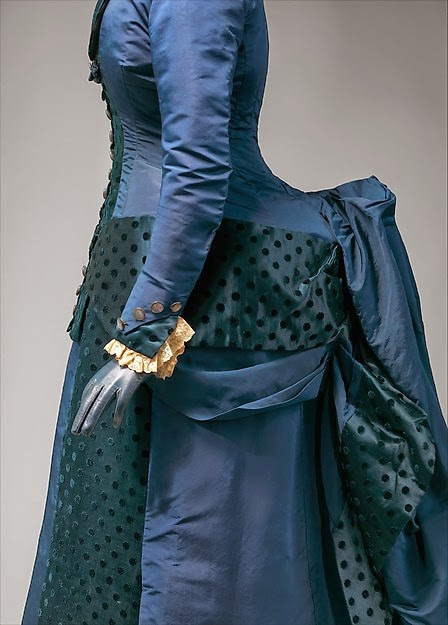 Essentially, a classy and finely made garment for a woman with things to do.  For us, though, its a great look at what living a middle class existence entailed.  There is a seriousness about this that would help the lady of the house reinforce her place to whatever servants they maintained. Both the color combination, and the rather strict design support this as well.  Similarly, when worn out to shops this dress would have communicated her status and place effectively, and would have aided her in commanding respectful attention.