It is true that each person who chooses to craft clothing brings a sensibility to the process, like any artist or craftsperson does to their chosen medium.  It is rare, however that a designer of clothing produces so much work that arcs away from the normative in such a graceful way, without ever forgetting that inside the garments, there will be a real person, who must be able to move, and live.
Zandra Rhodes, who will be 76 this year still creates with the same delicious balance of art, edge, and comprehension of form, and function. 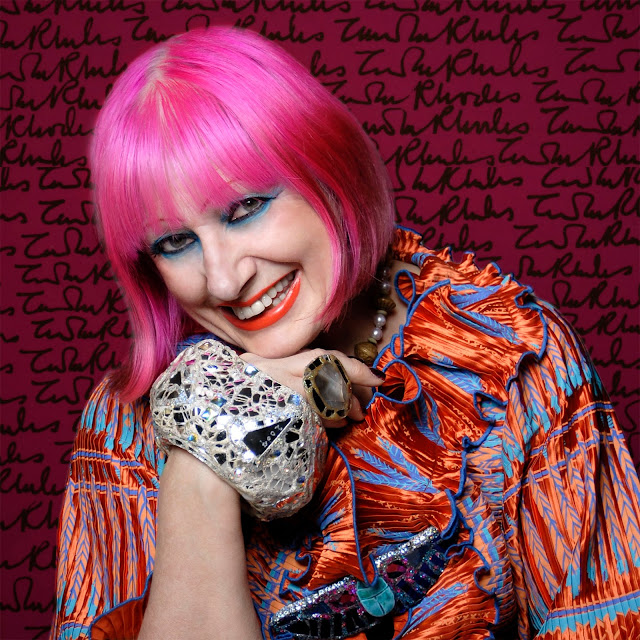 Rhodes began her career designing and creating printed textiles, but they were though far too outrageous for use by the established British fashion industry, so she started creating her own clothing out of the materials she had printed, opening her first shop in 1967, quickly coming into the notice of Diana Vreeland, who featured her work in American Vogue.  From there she was on her way. 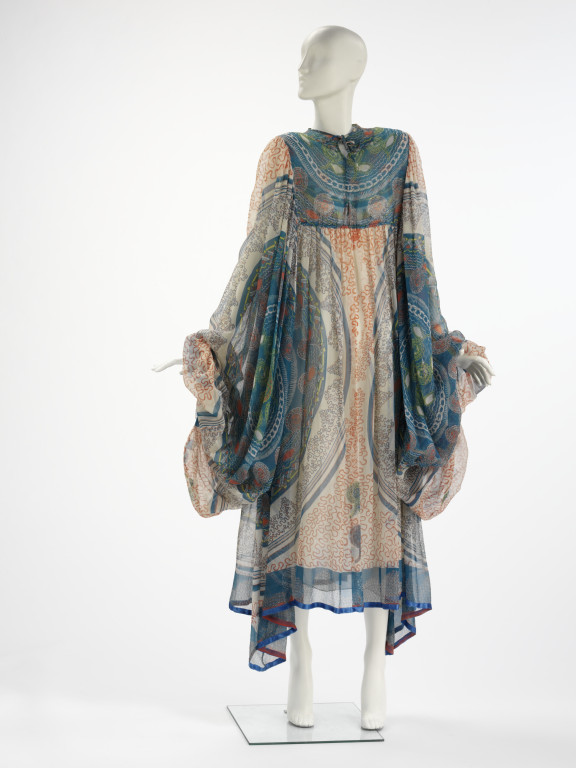 She has a passion for pattern, and for blending patterns gleaned from differing cultures into a new conception.  Her work is usually soft in feel, though often bold in color.  She has never shied away from the edge, in fact her work often tiptoes precariously near it.  But somehow she never falls over into the realm of cartoon, or absurdity. 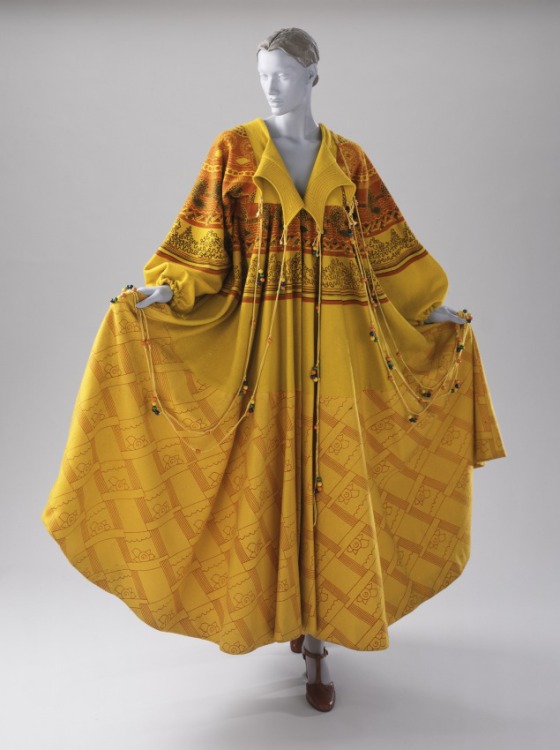 To our eyes, her work doesn't seem quite as out there as it did when she first arrived, but it still has all the brio, and individuality than it ever had.  She continues to work, designing clothing, textiles, and home furnishings.
What makes her so interesting to me, as regards the Attire language and how it operates is that she has managed to create her own dialect of the tongue that lives as part of, but distinct within that greater structure.  So take a nice long look at this remarkable person's work, and viewpoint.  There is humor, grace, snap, and a gentle push to all her work. 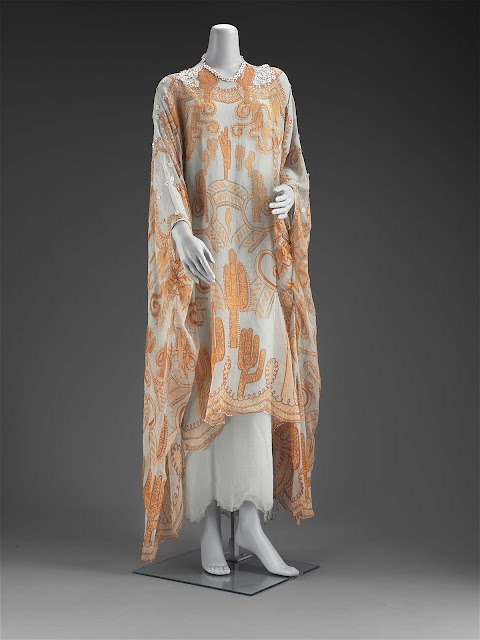 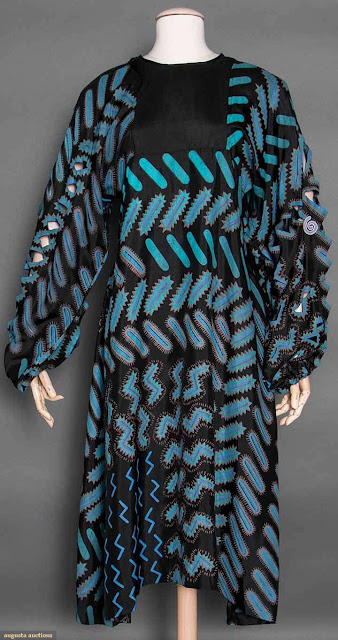 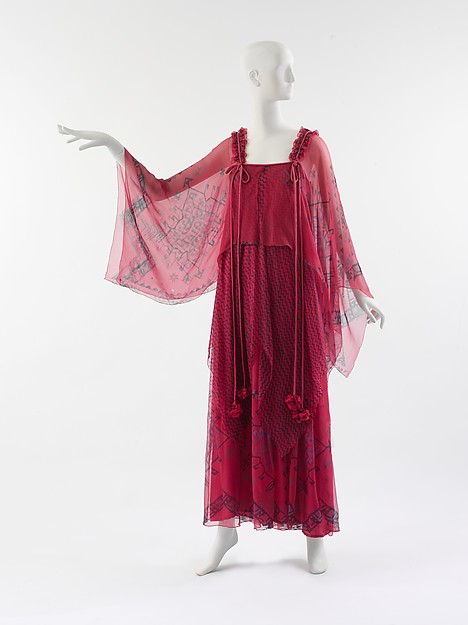 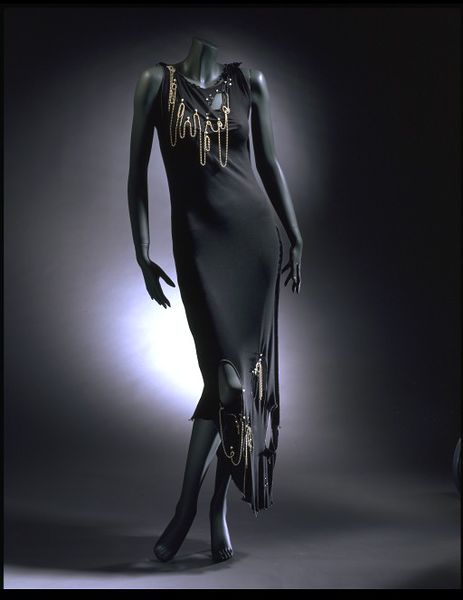 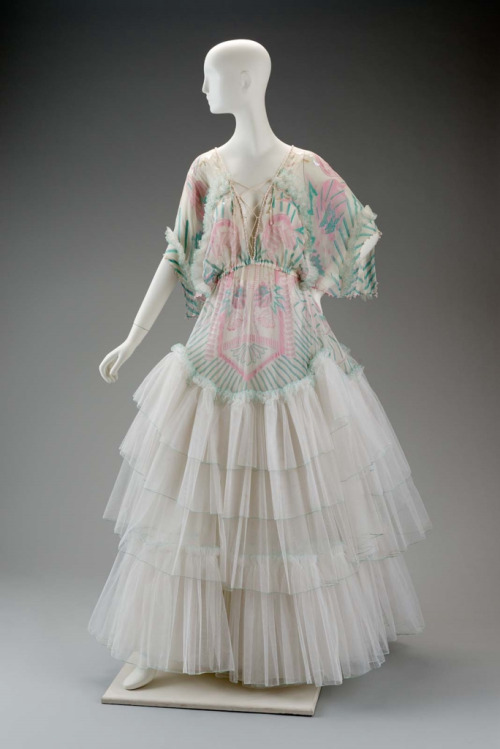