I was watching Sahkur Kapur's "Elizabeth".  It made me think about what it is that makes someone an icon in our world.   Certainly, a good deal of what creates the endless image, the incorruptible face of power, is Attire. Surely, regardless of how much a person errs, (because we all do), there are those vanishingly few who lift upwards to the status of icon.  How does that happen? Often, it is Attire that does the biggest part of the job. 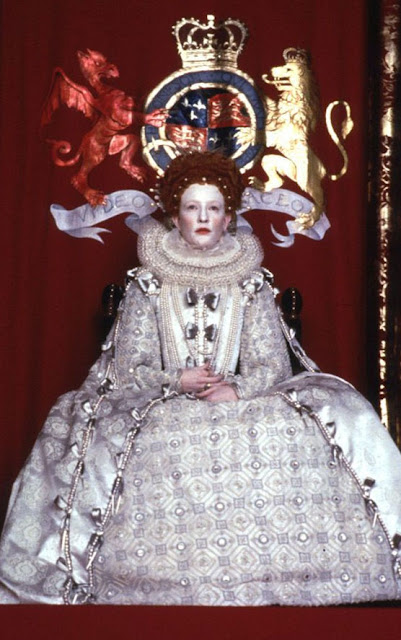 For monarchs of great impact, the ascendance to iconography might seem inevitable.  Looking at monarchy over the centuries, Cleopatra, Julius Caesar, Hadrian, Empress Theodosia, Henry VIII, Elizabeth I, Victoria, and even Nicholas II leap to mind. Of course that is a Western culture conception, and I understand that. All that accepted, we associate each of these monarchs, and whatever they represented by their attire.  They are connected in our minds to the physical image they created, for better, or worse. 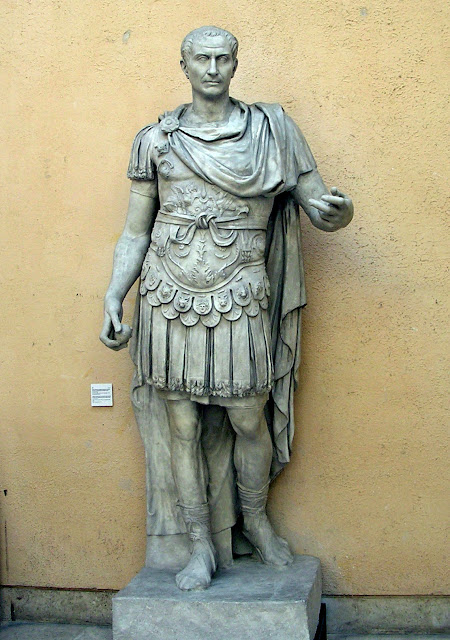 Each of these frail human persons managed somehow to create images of themselves that were so powerful that they transcended normality, and rose above what we perceived as middling humanity, making of themselves an iconography, (even if they didn't mean to). 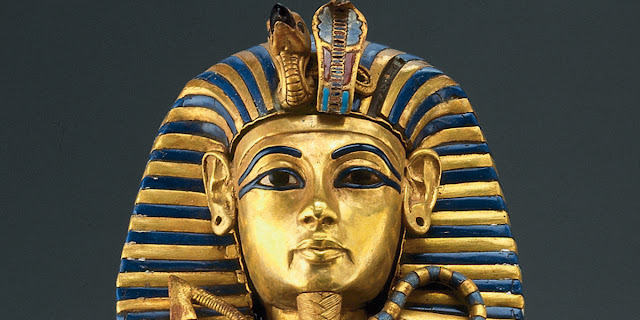 Dipping deeply into the recorded past of human history, we find Tutankhamun.   We really know little of his short reign. He died a child. Yet he is an Icon.  Why?  The reason is simple. The image of him created after his death was so profoundly beautiful and compelling, that we impute to him far more than his short reign encompassed. What archaeologists discovered was so amazing, so beguiling, so incontrovertibly lovely, that we could not look away.  Attire, asserting its power. 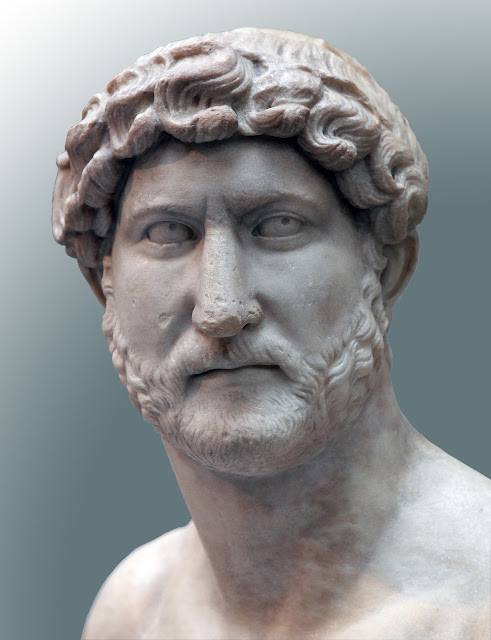 Endless images of the Roman Emperor Hadrian exist.  He was elevated to the status of godhood, by his physical beauty.   And simple bodily beauty is a part of Attire's communicative range. What we understand of his rule as emperor is lesser to the icon created in his name.  Yet endless seeming images of him exist, all attesting to his primacy as a physically lovely human person. 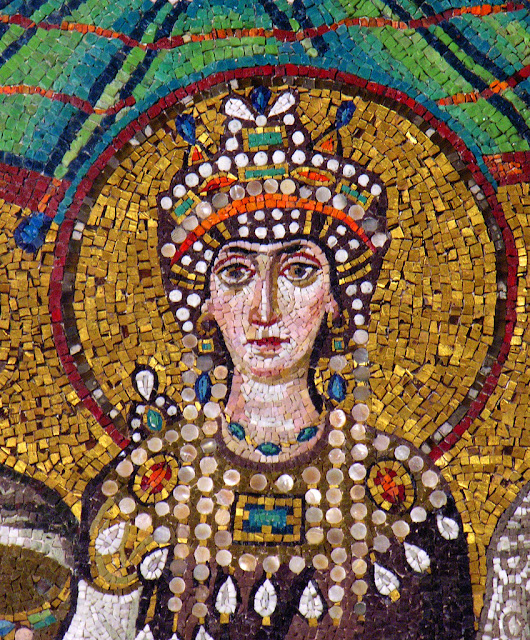 Moving forward,  let's look at Empress Theodosia.  Theodosia certainly did not intend to create an image of herself so powerful that it would inform and affect generations beyond her.  And if she did mean to, then she did so with consummate power.  Her literally iconic image exists today as a force in our world.  Sure, her influence is diminished, but designers and artists continue to reference her, and the culture from which she sprang.  Why?  Because the image created was so profound that it supercedes the reality of her time, and place.  Her image, preserved in mosaics from ages past, gives her a level of impact equal to the heavily promoted imagery of the current day. 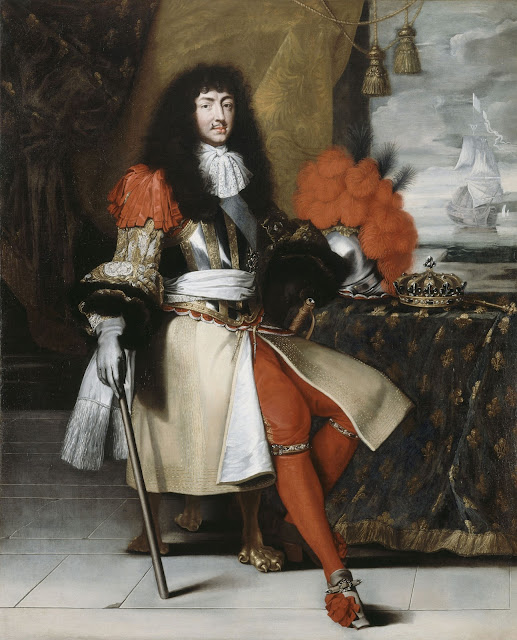 What is curious is that this status is achieved largely without conscious choice.  Surely it's true that each of these folks dressed in a manner that accentuated their power, and made it plain who was the boss, but few did so with fully realized intention.  The one monarch who did, was Louis XIV.  Louis decided that he wanted a way to get his unruly, bumptious court under control, and he chose a method that worked even better than he hoped.  He deliberately created a lavish fashion that he wore himself. The courtiers followed suit. But he kept changing things, so in order to keep up they got into ferocious amounts of debt, and became beholden to the King for grants and favors to keep from bankruptcy. They could not afford to do anything but hang on, doing what Louis wished, so they came to his red colored heel, like obedient dogs. 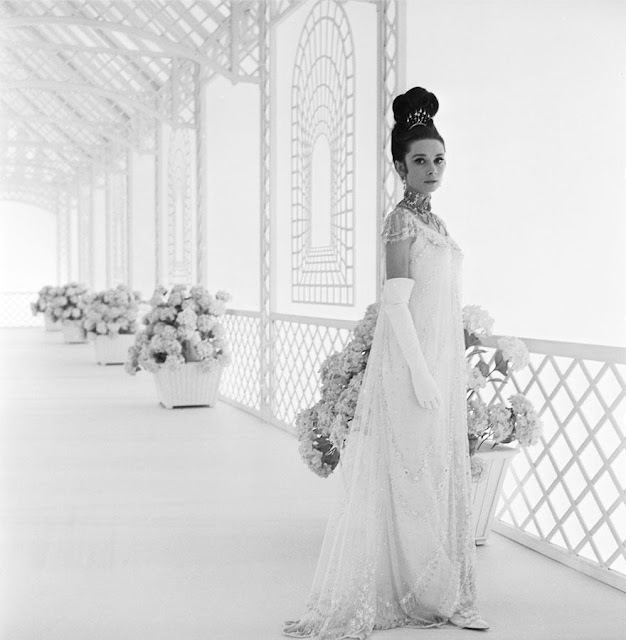 By the 20th century, photography, film, and the media combined to give us a seemingly endless stream of people vying, (knowingly or not), for icon status.  What that avalanche of image output has done is actually make it much harder to get to an iconographic position. There are simply too many folk out there, and changes in apparel happen so rapidly, that it's a near impossibility to create a personal image that is at once unique, and also lasting.
Oddly, it is people of fierce individuality who are not famous that are the ones who are creating these kinds of personal images.  The famous can no longer sit still, and cleave to the same style consistently, without being labeled as out of step.  Only a couple of performers have managed to chart this difficult sea effectively.  Diva singers like Cher and Madonna have cemented their place as cultural icons, interestingly, by their constant shifts of image, not their adherence to one way of being.
I wonder if this is indicative of a substantive change in what it means to be an icon?  It used to be that it was connected to stability, unchallenged power.  Is change becoming the dominant characteristic of being a successful icon?  And is the real definition of icon based on longevity of influence?  If so, then all these 20th and 21st century people need to wait a while to find out if they make the grade.
Posted by Paul G. Ellis at 5:52 PM