The practice that is normal now, of having a special garment made to be worn only on the wedding day, and never again, is fairly new, really.  It was not until the 20th century that it became the norm, rather than the exception.  Part of this is due to the desire to appear affluent.  When you can afford a costly piece of clothing like a wedding gown, and wear it once, and at that for only part of a day, you are saying that the expense is of little matter to you. 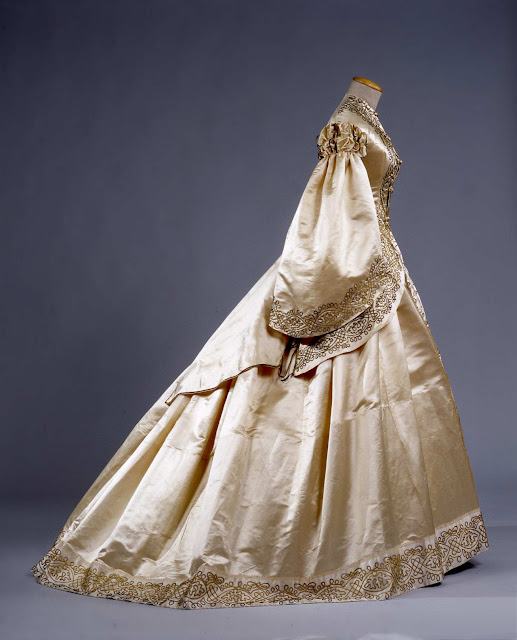 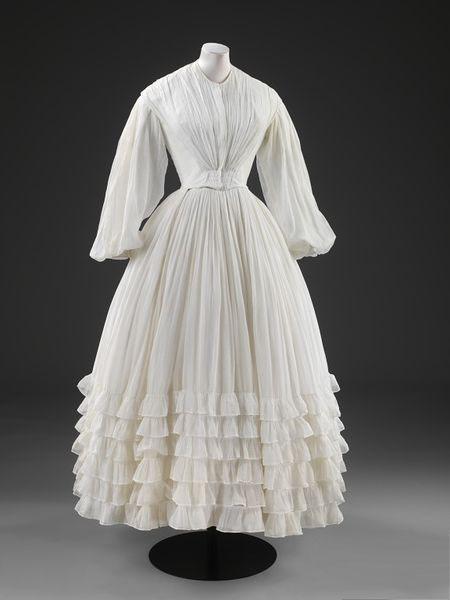 The second reason connects to the rise of both the ready to wear market, and consumer culture. Once it was proven that ready to wear was here to stay, and good quality clothing could be had from the rack, it became more appealing to have something a touch more special than what was on a shop floor.  Along with that desire for the special came another interesting trope, that is with us still.  It became fashionable, and entirely accepted to have a wedding dress that referred strongly to another time.  So wedding dress stores even today are crammed full of gowns that recall earlier eras. 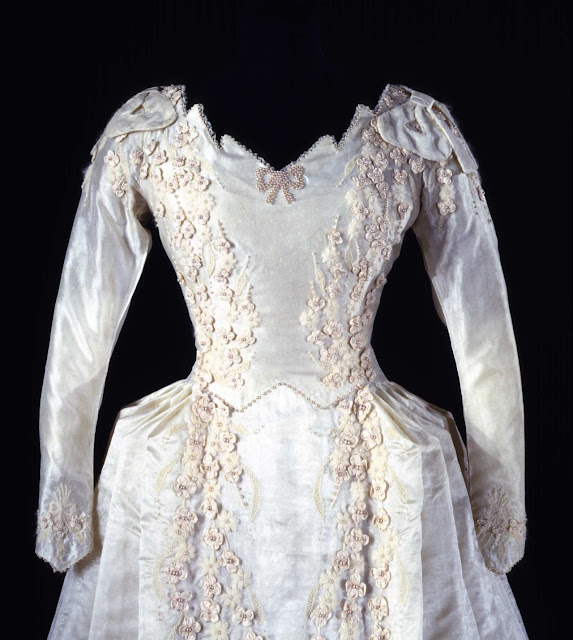 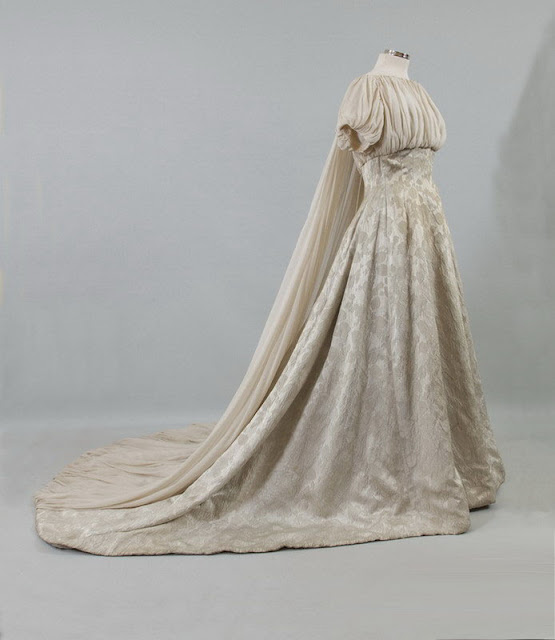 But it wasn't always the case.  Prior to the 20th century it was expected that a woman either wore her best dress, whatever it was, or had a dress made that would become part of her wardrobe afterwards.  In fact, it was part of marriage custom in the USA during the Victorian period, that a newly married lady would wear her bridal dress now and again during the first year or two of marriage. 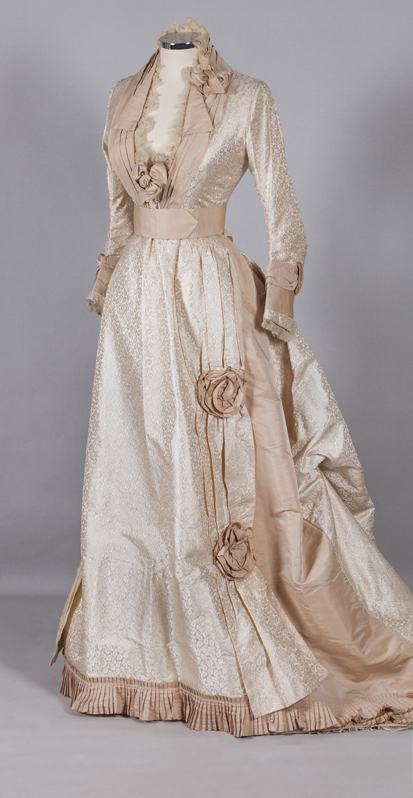 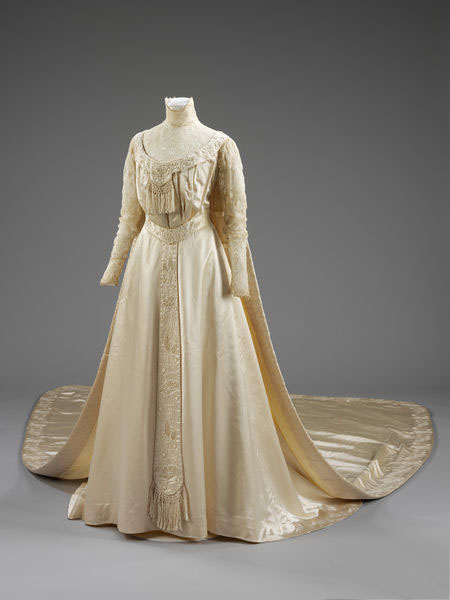 Though the white wedding dress is now accepted, it did not have the rule of law or tradition, but it is certainly true that white or off white was a common choice for bridal gowns, because of the Western culture association of white with virginity. The other reason it was often chosen reflects back to the affluence issue.   A gown of white would be easily soiled and difficult to restore to perfection, so it implied the unseen presence of household staff to deal with it. 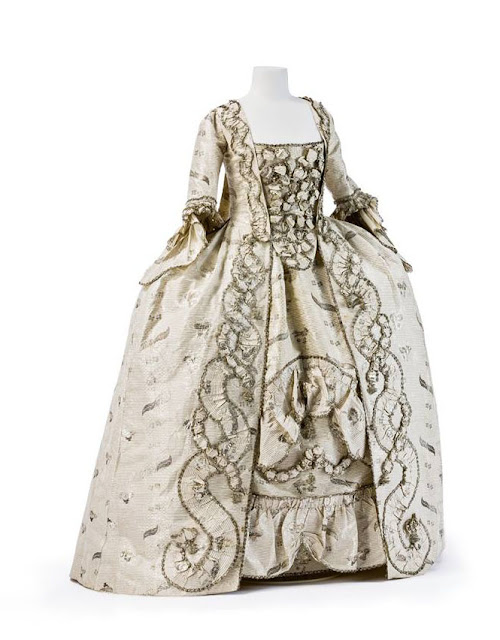 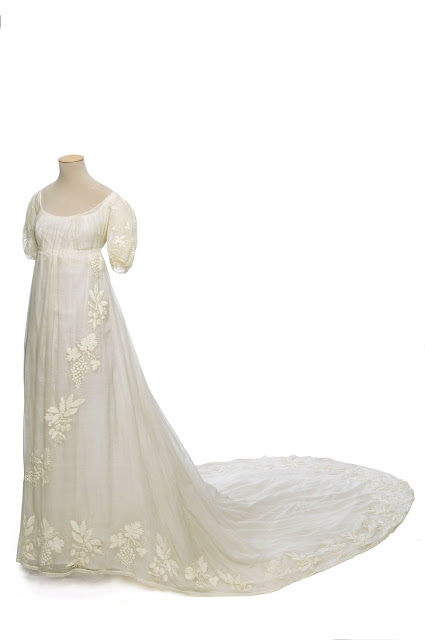 That we still cling to the outmoded notions implicit in the concept of a wedding dress says much for the power of both tradition, and fantasy.  Women largely do not live the same type of lives they did a century ago, and the symbols presented by wedding dresses refer to a kind of limited life choice.  The veil, the flowers, the train, all speak to a way of thinking about women that has passed by. 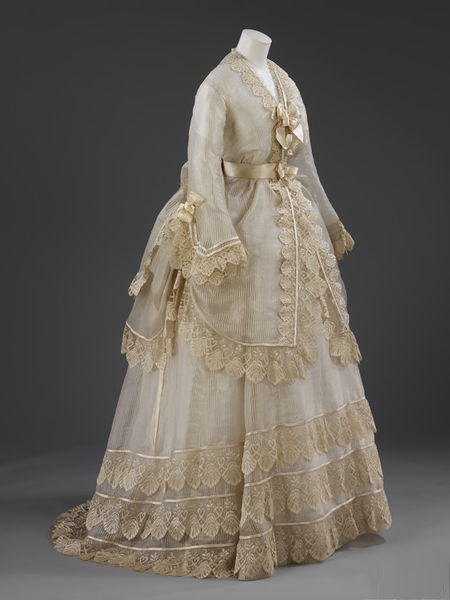 We cannot fault though, that these are lovely garments, and the women who wore them must have felt very special indeed.  And that is probably the biggest motivator that keeps this tradition alive. Who doesn't want to look fabulous? 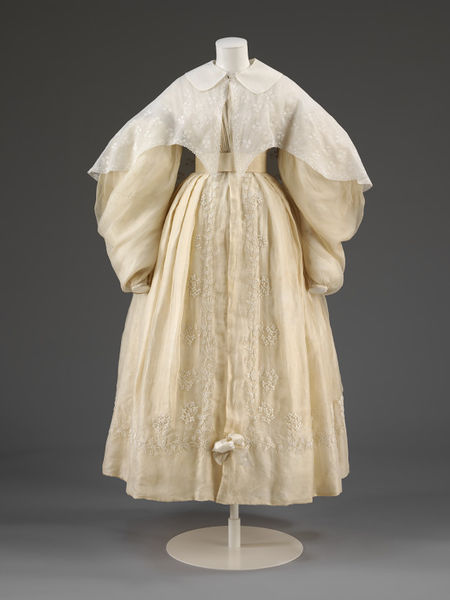 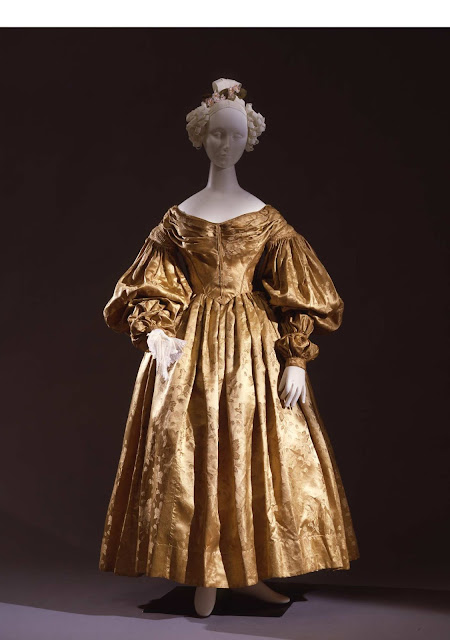 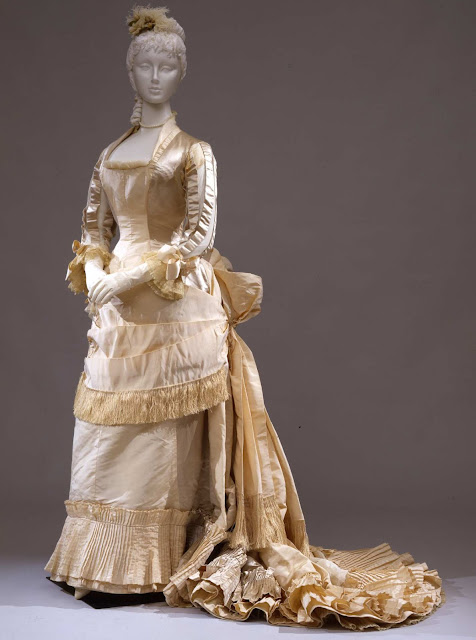 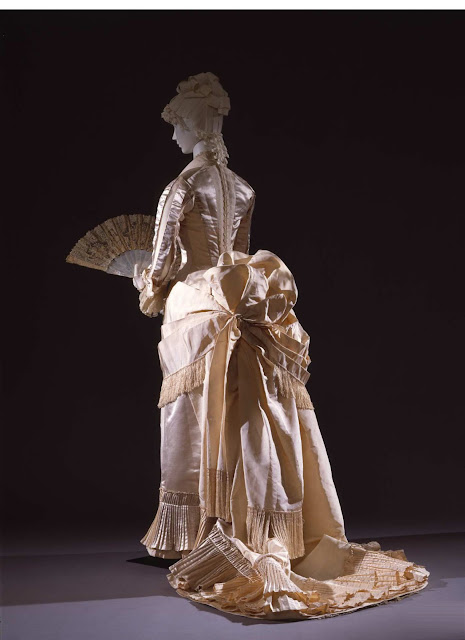