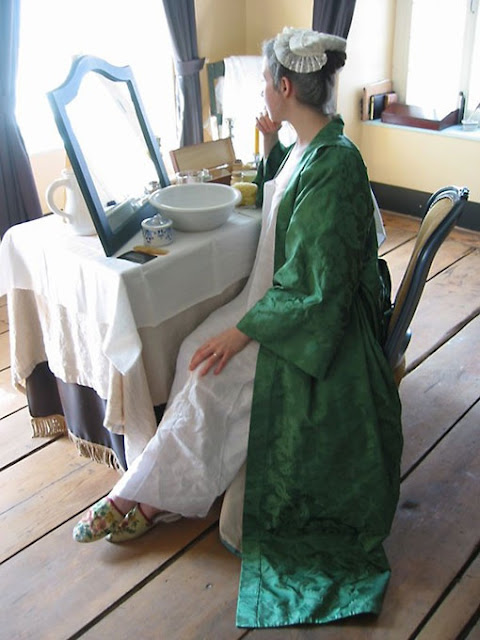 What I'm about here is talking about how we choose to accouter ourselves when we we are out of the public eye.  It is a clear cut way to look at how we have imagined ourselves, and how that vision has altered over time.  When I see the chamber robes of gentlemen of the 1700s, with their large patterned brocades and sweeping lines, and then I look at the sweats and shorts of today, I am made keenly aware of how far we have traveled. 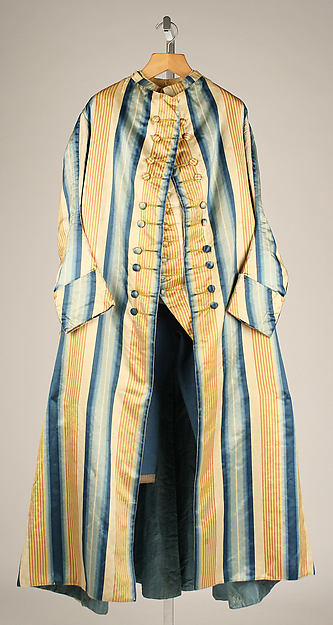 I have no plan to weigh in, yea or nay, about the worthiness of either.  I want only to posit this.  What is it that has changed about how we see ourselves when we are at ease?  Have we found our central selves when we are alone, and so been able to eschew all parts of the outer society?  Is it that we have discovered that adherence to rigid rules of conduct has little meaning in the 21st century?
Is it simply that we have become lazy, self involved creatures whose only concern is our comfort?
The answer, of course, is all of the above, and more. To try and parse the totality of human behavior into a sentence is idiotic in the extreme.  So is the idea that we could encompass the meaning of any person's sartorial statement in a three word summary. 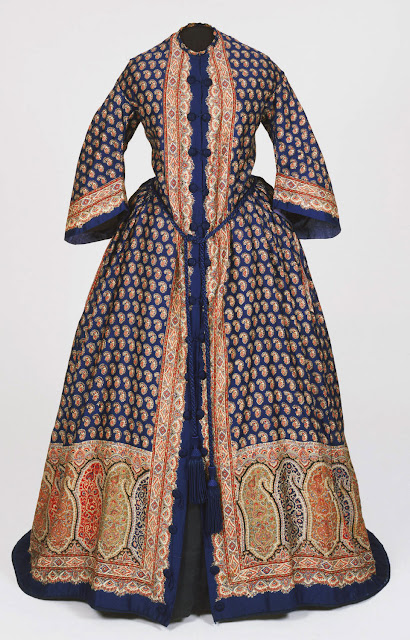 For the Victorian lady being at one's ease meant being without a corset, (or at least less tightly laced). For a Victorian gentleman it meant being without his coat, and possibly his waistcoat.  It was likely though that he would still have been wearing his tie, and his trousers and braces.
Things changed when we got to the 20th century.  Oh boy, did they!. 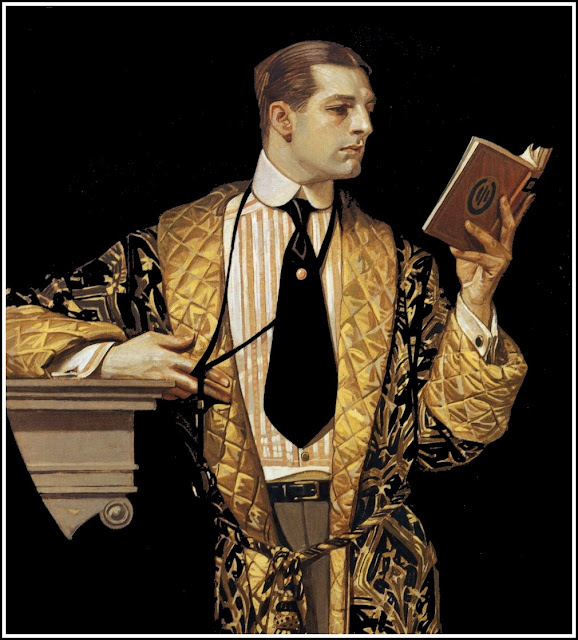 By the advent of the mid 1800s the idea of man as industrial giant had become a going concern. The notion of "taking one's ease" became the province of aesthetes, and homosexuals.  So, (for men at least), ease became a smoking jacket, because man could still do business, if need be, in a silk brocade smoking.

For women it was also an amazing leap forward.  From dressing gowns and combing gowns, to teddies and pajamas in only a few decades.  Women found that they had greater freedom, (in some limited ways).  Gone were the corsets worn to bed. Gone were the huge wrappers that fell to the floor that ladies wore to breakfast.  A simple robe was sufficient. 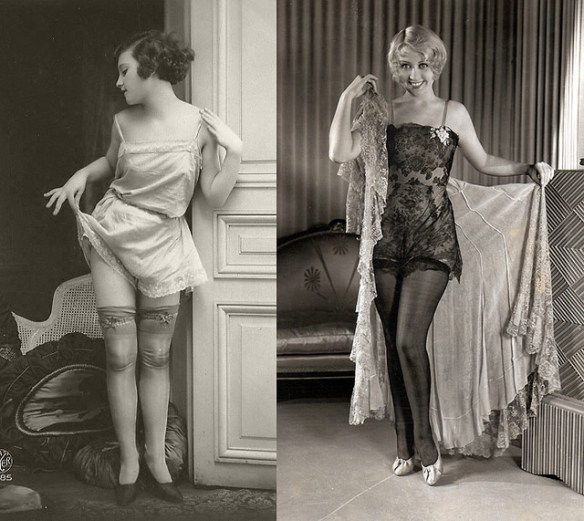 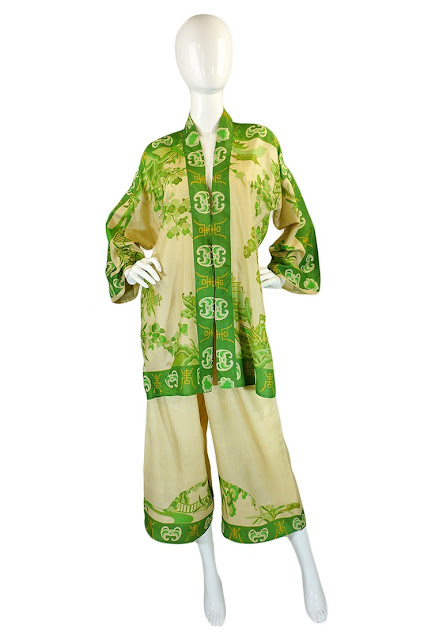 By the 1950s things changed again.  We had, as a culture, altered so far that the idea of mother or wife showing up in some special costume to assemble breakfast was already anachronistic.  Mother was dressed for her day, or if not, was in a simple floor length robe over whatever she wore to bed.
And now, in the 21st century, the idea of wearing a special costume that is deemed appropriate only for breakfast or morning is utterly absurd.  We get up and into our day, whatever that might be. If it is business, then so be it.  If it's yoga class and taking the kids to school, then that is what is real. We think of lounge pants, leggings, snuggies, t shirts and hoodies as at home gear, as well as most of it being clothing we would wear in the outer world. 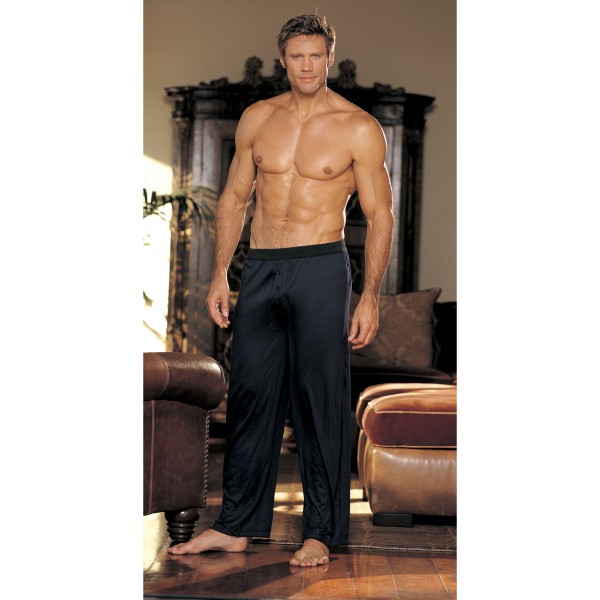 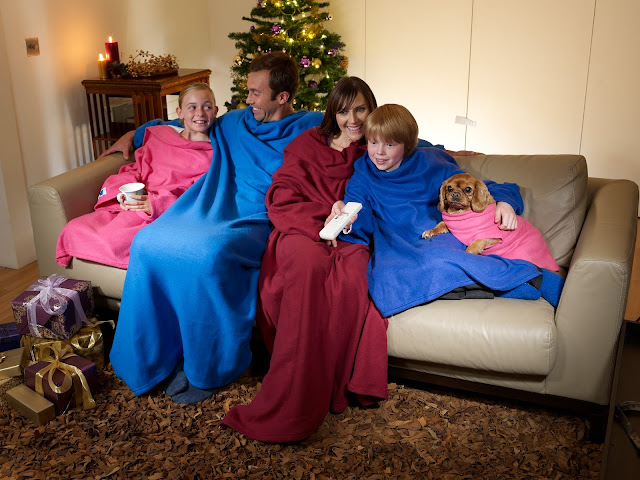 Hanging out at home even means, for an increasing number of people,  being naked. So we are coming round again to where we began.  Only this time it is the advantaged who are choosing nudity
because they have nicely heated dwellings, and ample comforts, not being naked because of lack of choice. 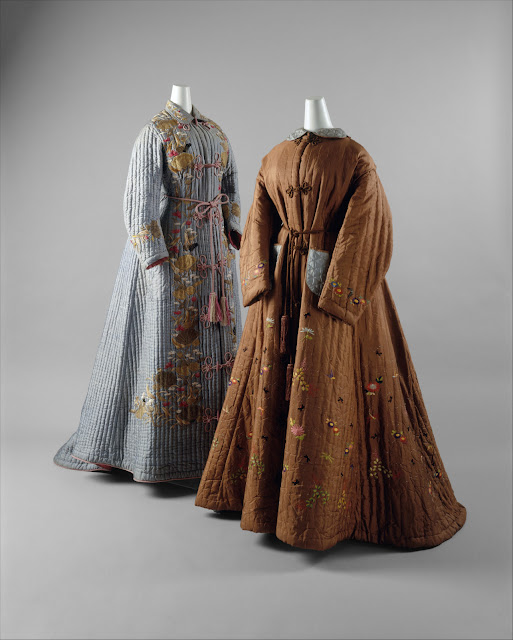 So our social changes and personal changes have expressed themselves amply in how we look when we get up in the morning, or hang around the house.  We have gone from simplicity, to lavish formality, and back to simple and easeful.  Who knows what the next pendulum swing will look like?
I have no doubt that there will be one.
Posted by Paul G. Ellis at 8:55 AM