I found this cape, and decided that I had to share it for two reasons, one because prior to the 20th century, capes were a far more often chosen outerwear style than after 1900. There are two reasons for this, really.  The first is that women were finally doing more active things, and as dramatic as a cape may be it does not really help active pursuits.  The second reason is that even during the day women's clothing was often enormously complex in terms of its decoration.  So stuffing arms laden with abundant trimmings into coat sleeves was both time consuming, and potentially damaging. 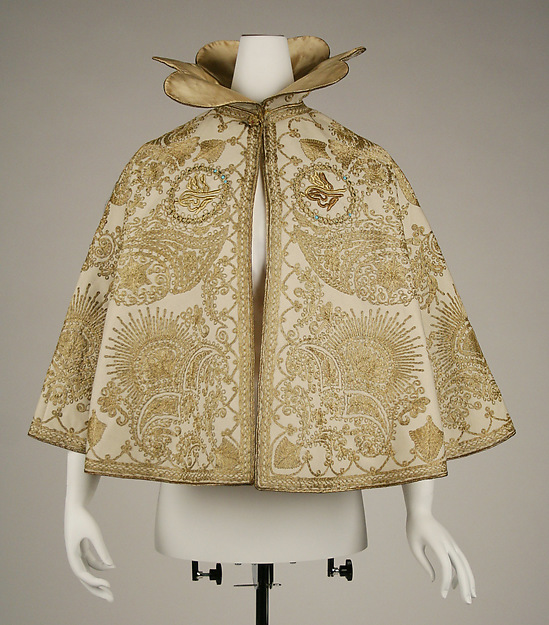 The other reason for sharing this particular piece is the manner of its decoration.  I have written before that certain decoration techniques appeared across the globe, without intervening communication, because the idea was a simple one, and because we are endlessly inventive.  This is one of those techniques. It is called couching.  The idea is an extremely simple one.  By passing thread over the surface of an object, (or in this case a narrow cord), the object can be affixed to the textile surface permanently. 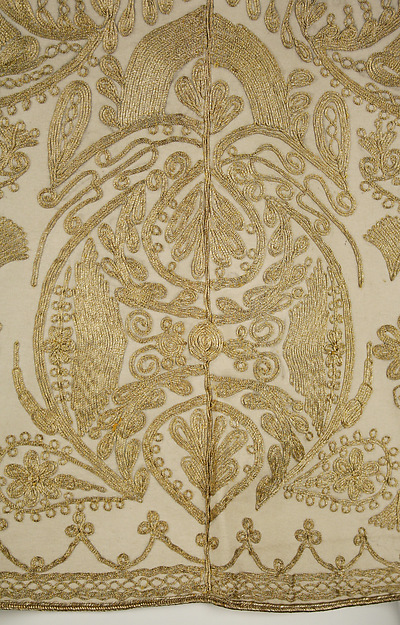 This cape has been decorated over its entire surface with a dense and elaborate paisley pattern all done in thin gold wound cord that is couched with gold thread.  This method of work allows all of the material in use to stay on the surface, so precious metal work like this is nearly always done using couching.  The only spots on this garment done in a different technique are the pair medallions on the front near the collar.  The motifs there are done in padded satin stitch with metallic thread, and the round, couched frame was originally set with turquoise cabochons, (of which a few remain). 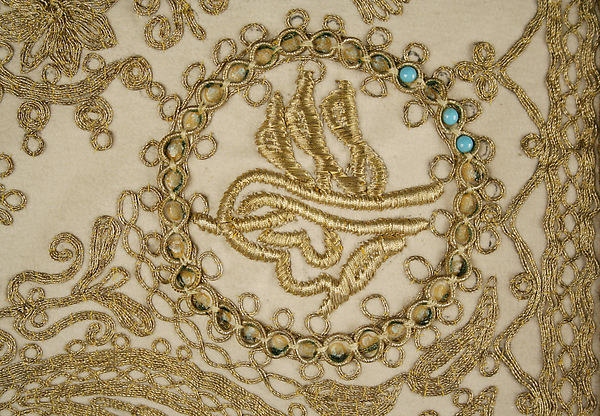 One of the other reasons this technique was popular, and is still so often used in embellished clothing is that large areas can be covered in less time, because the stitches required to hold the desired stuffs down can be more broadly spaced than if it was being done as thread work that passed under the fabric. 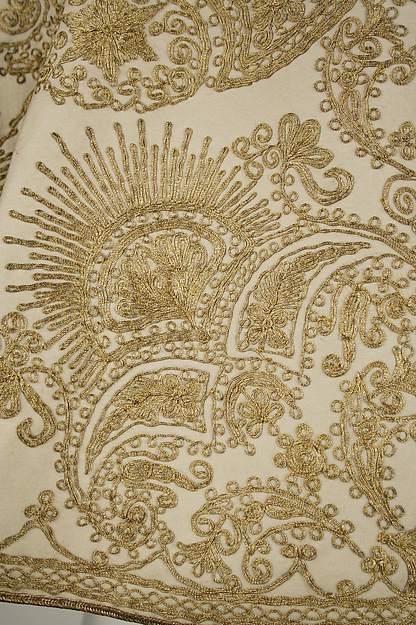 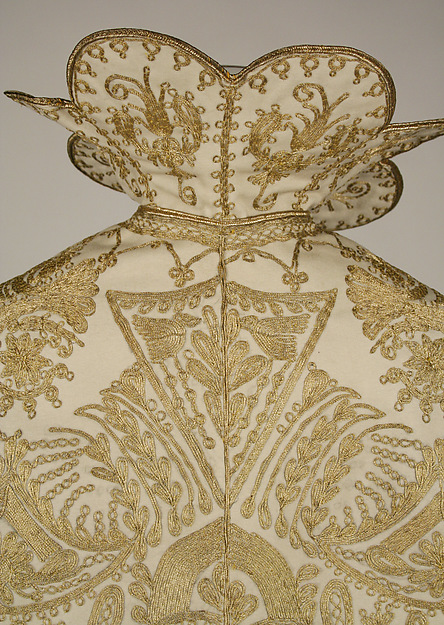 Cultures across the globe have used this technique for as long as we have been doing surface embellishment.  It is used throughout the Middle East for their elaborate robes. It adorns the imperial robes of China. It forms the basis for bead work done by Native American tribal nations. Some simple ideas never leave us.  I suspect that, as robotics expands and becomes more sophisticated, couching will emerge into the ready to wear market as an easy method of enlivening clothing.  That could be fun to watch. 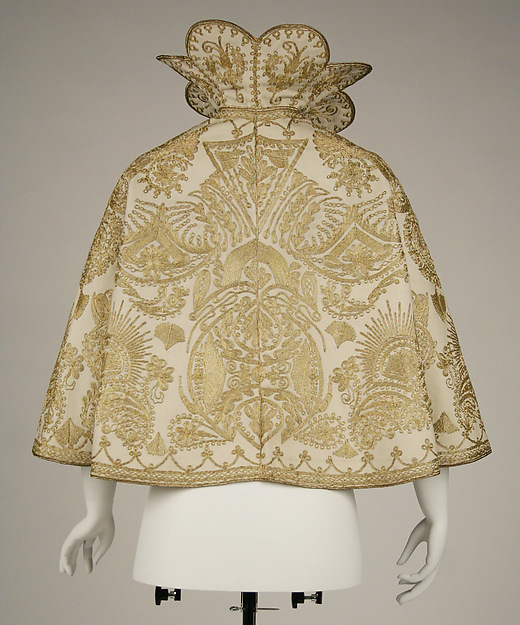