For thousands of human history years males and females both wore garments that had no central division.  We all wore some sort of skirt, wrapped, draped or otherwise configured.  Everyone wore them, in nearly every culture that wore clothing at all.  It is simple logic arising from first causes.  When, in our very dimly perceived past we first took the hides of animals we had killed for food and put them about our bodies, there were two inevitable ways to do so.  One was over the shoulders or head as a cloak.  The other was around the waist or hips.  It was a short and obvious road, once we had mastered weaving, that these long strips of cloth would end up around our waists just as hides had. 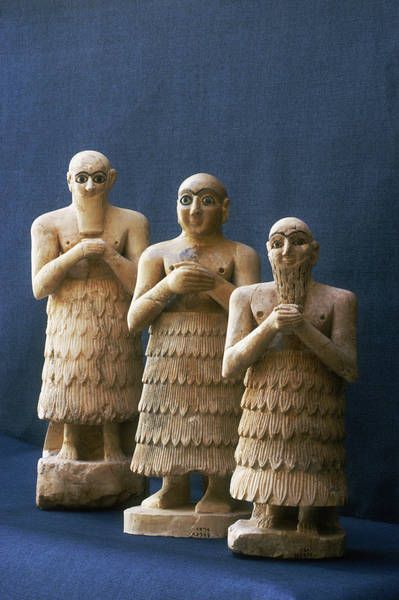 So it continued for many long centuries.  We have no idea how long, really.  Certainly it is in the thousands of years.  And yet, a curious thing happened.  We gave it up.  We bifurcated not only our garments, but our Attire culture.
In my observation of Attire over the years, it occurred to me that it might just be that militarism, and riding horseback to war, were the first, and most significant players in creating this division.  Before we wore full body armor in battle, which naturally covered each leg separately, cavalry soldiers simply wore shorter skirts than their foot soldier comrades, in order to allow greater freedom of movement ahorse. 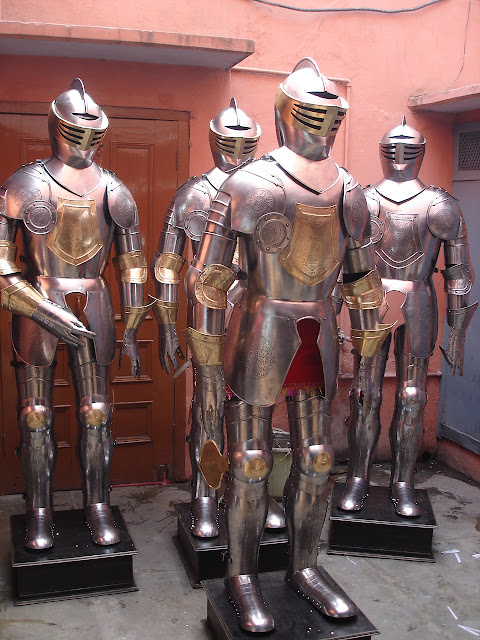 But, once we began to think of battle situations as requiring full armor, the separation of the legs went right along with that.  Since armed combat was the exclusive province of men, in Western culture, the idea of divided clothing being male started to gain power.  Bifurcated + war = male. Undivided + peace = female.  They were tropes we grew to see as potent and eventually, unassailable.
It took a long time for this to take over.  It took centuries.  Over 1400 years would pass before the dominant form of male dress divided the legs away from each other.  By the early Renaissance it was only elderly or scholarly men who wore robes.  They were emasculated to a degree by their adherence to activities of the mind, or by their years.  Within another 200 years the wearing of robes was relegated to the status of ritual.  Robes were worn by judges, priests, and others performing high level, arcane functions.  However, under those robes the judges and priests still had their breeches, or, eventually, trousers. 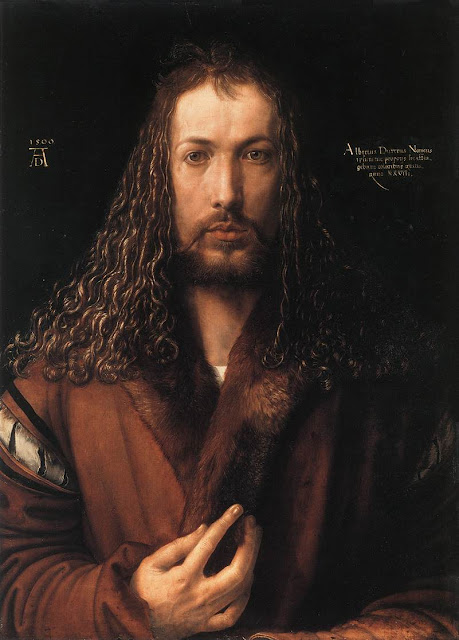 So, when we think of it, the concept of a skirt being the entire, and exclusive right of a female is a short term notion.  If we consider that we have been wearing clothing for at very least 10,000 years, the fact that for 500 of them skirts have been off limits for men in most of Western culture is an oddity indeed.  That means that for only 2 percent of all that time we have thought of skirts as feminine.  And we persist in this thought event though no one in their right mind would imply that some burly Scots dude was less than male for wearing a kilt.  Nor would we instantly think that a man of Bali was somehow lacking in maleness, for wearing a wrapped garment around his hips. 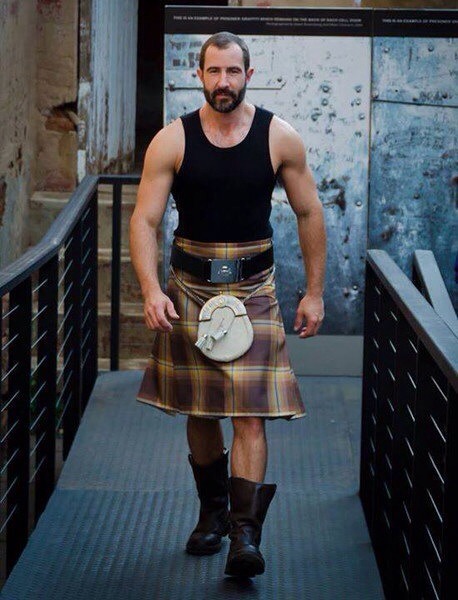 Now, finally to my point for this post.  Over the previous 500 years, with increasing frequency it must be said, the idea of skirts for men has been presented.  It has always failed utterly.  Why?  Partly because of the power of tradition. And partly, (frankly I think largely) because of a lack of consideration of how to present it in a way that would resonate for men. 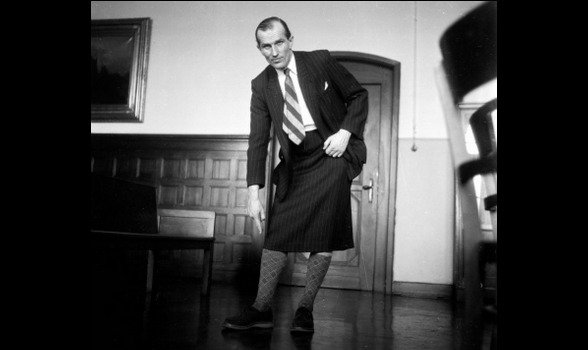 In the 20th century, nearly every decade has had its proponents of skirts for men.  All of them, till recently, have been out on the very fringes, with no notion of promotion to aid them.  What I have seen over the decades is traditional menswear, paired awkwardly with a simple A-line skirt of ill considered length, on a person who is not a professional model, and not styled to present the idea in a really positive way. 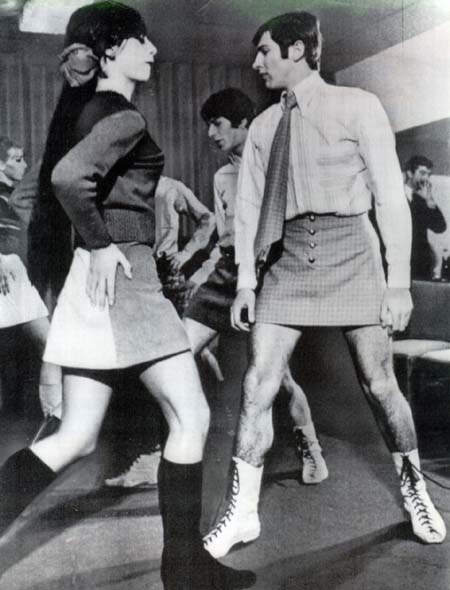 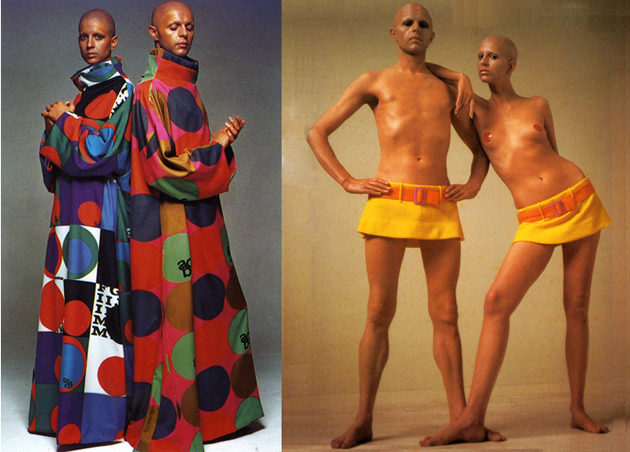 Enter 21st century marketing and promotion, coupled with social media.  While trolling the internet for images to serve this post I found endless examples of contemporary men in skirts.  These images were both professional, and real world.  It is an idea that is gaining ground year by year.  What has made the big difference is simple.  Those who wish to promote this idea are putting these skirts on muscular, tattooed bros with beards, and attitude to spare. In other words they are accentuating the maleness of the wearer, and so making the idea of a man skirt seem more palatable. 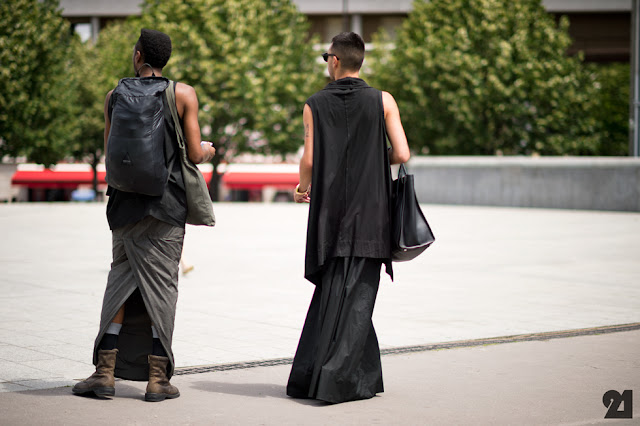 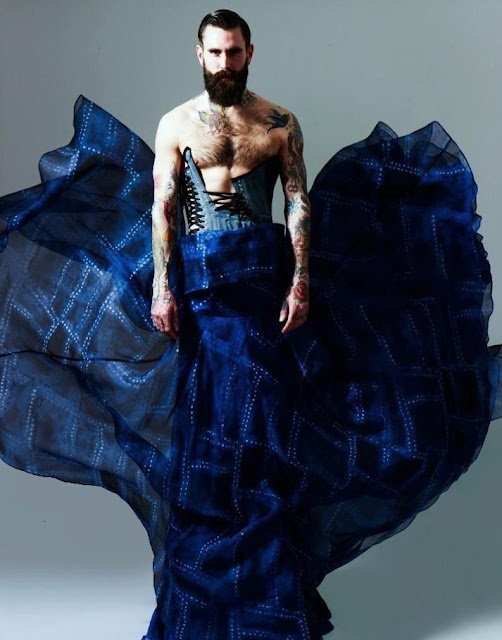 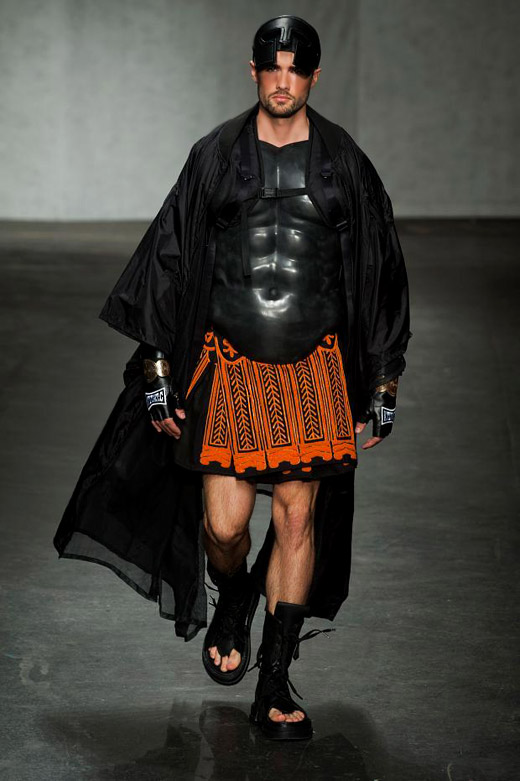 As an aside, I hate the term man skirt.  It's just a skirt. It has no sexual identity.
Of course the other major driver in this increased acceptance of skirts on guys is our slowly broadening understanding of the range of human sexuality.  We are, inch by inch, coming to see that our ID as sexual beings is not bound by our apparel. 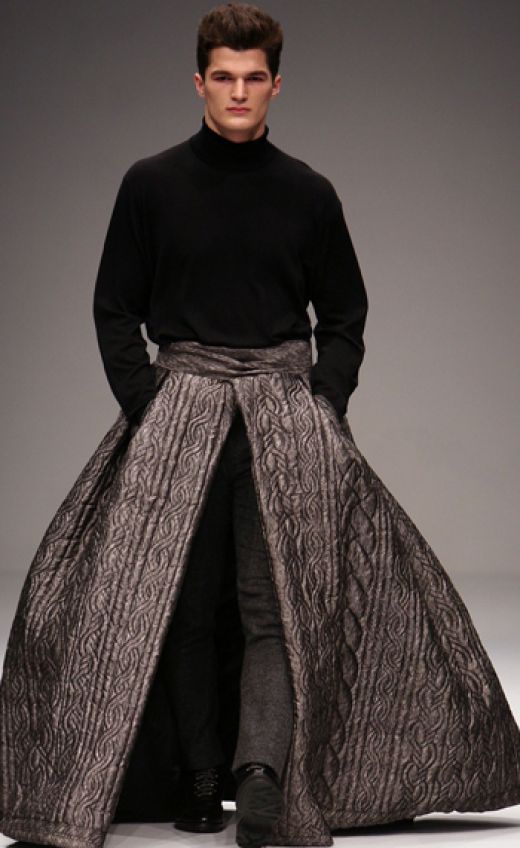 So, regardless of how it is being promoted these days, something essential is changing and we likely will be seeing the skirt worn by men as a commonplace in the years to come. 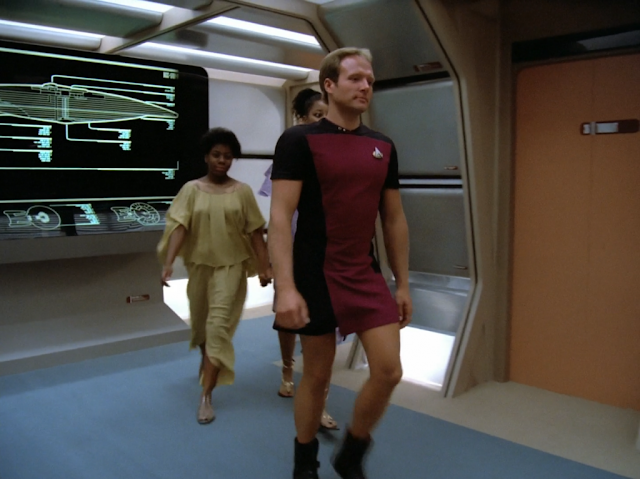 I, for one, will be fascinated to watch it happen.
Posted by Paul G. Ellis at 9:55 AM