When we think about the avant garde, particularly in regards to apparel, we think, largely, of things that are full on cray cray, and force thought of new shapes and proportions down our throats with gleeful delight, or even a sense of menace. 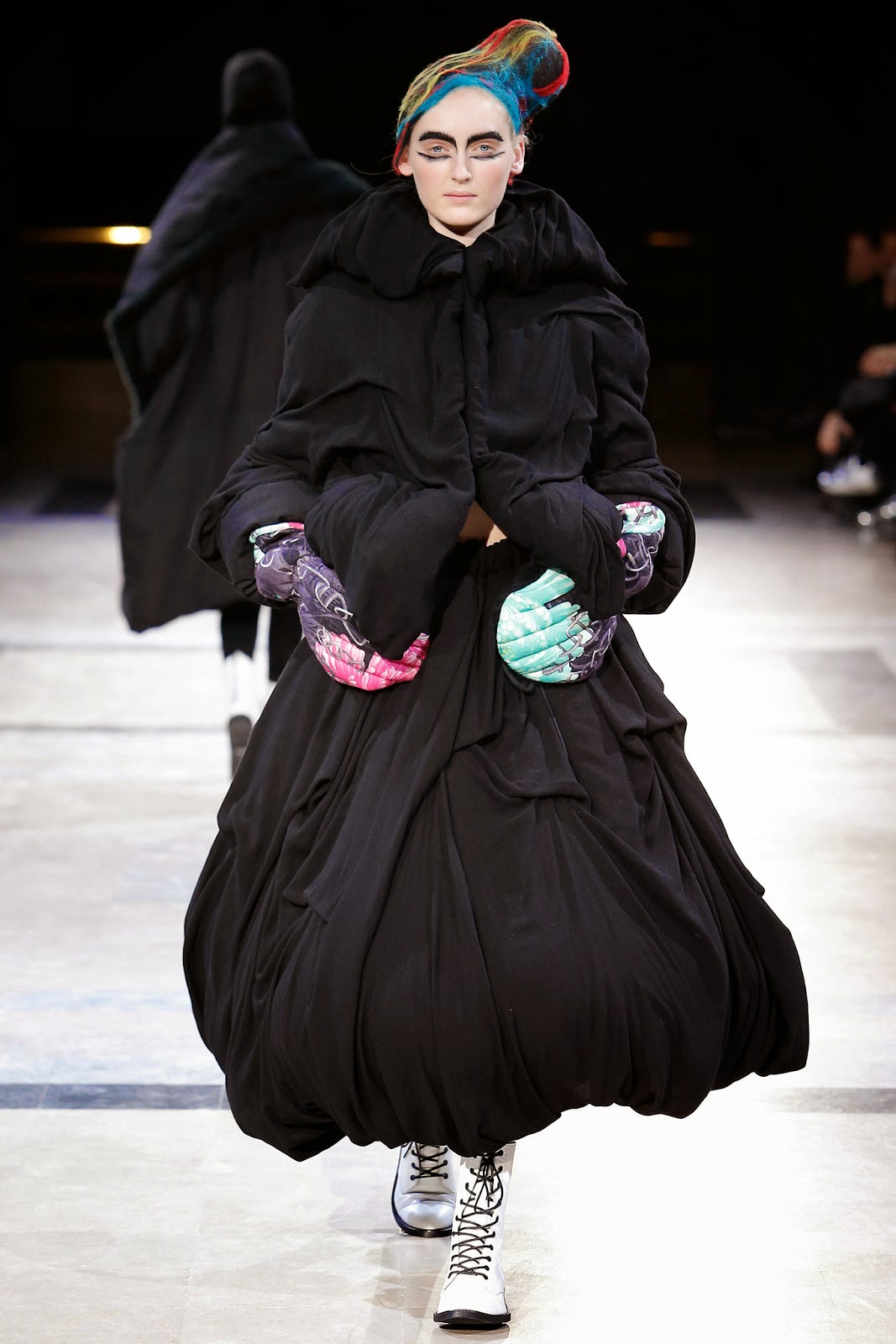 It doesn't have to be so, though.  There is much to be seen that falls fully into the world of the avant garde that is less intensely challenging to view and less overtly intellectual in scope.  And as for what we can gather into the Attire language, there is more to add to the conversation gotten out of these more subtle efforts, than the visual shouts that appertain to the fringes of the avant garde realm.
Conceptions like this dress of fluorescent pink and green with its architectural feel, and the counterbalance of perfectly deployed floral embroidery, are softer interpretations, that allow us to take new ideas in, and process them more easily. Sure you can say that that dulls the impact, but I think that looking at this garment, you could never say it lacks edge. 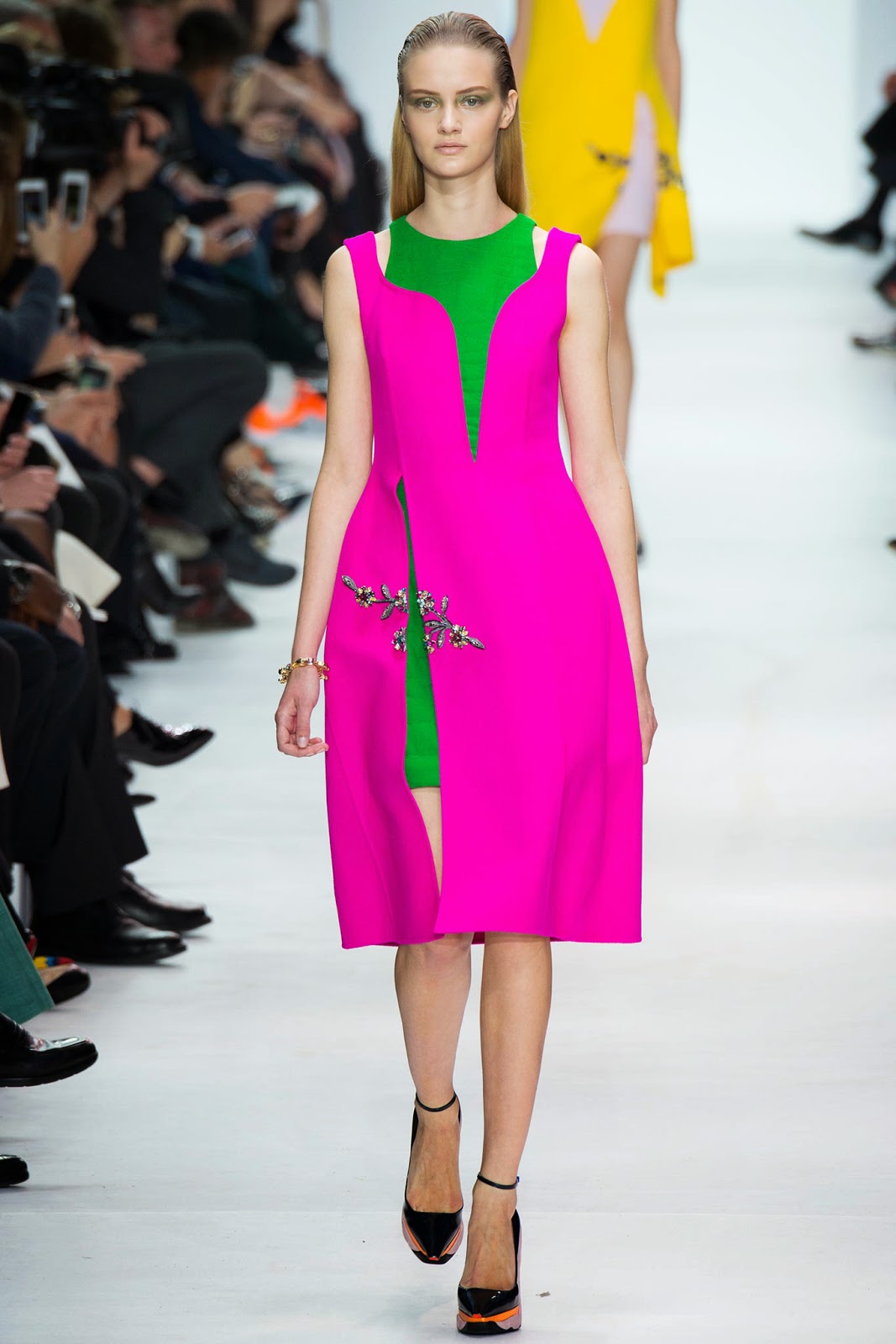 Or this retro-inspired look that takes the sportswear shapes of the 50s and blows them out to new proportions, but in a way that still remains referential to the real world and real people. 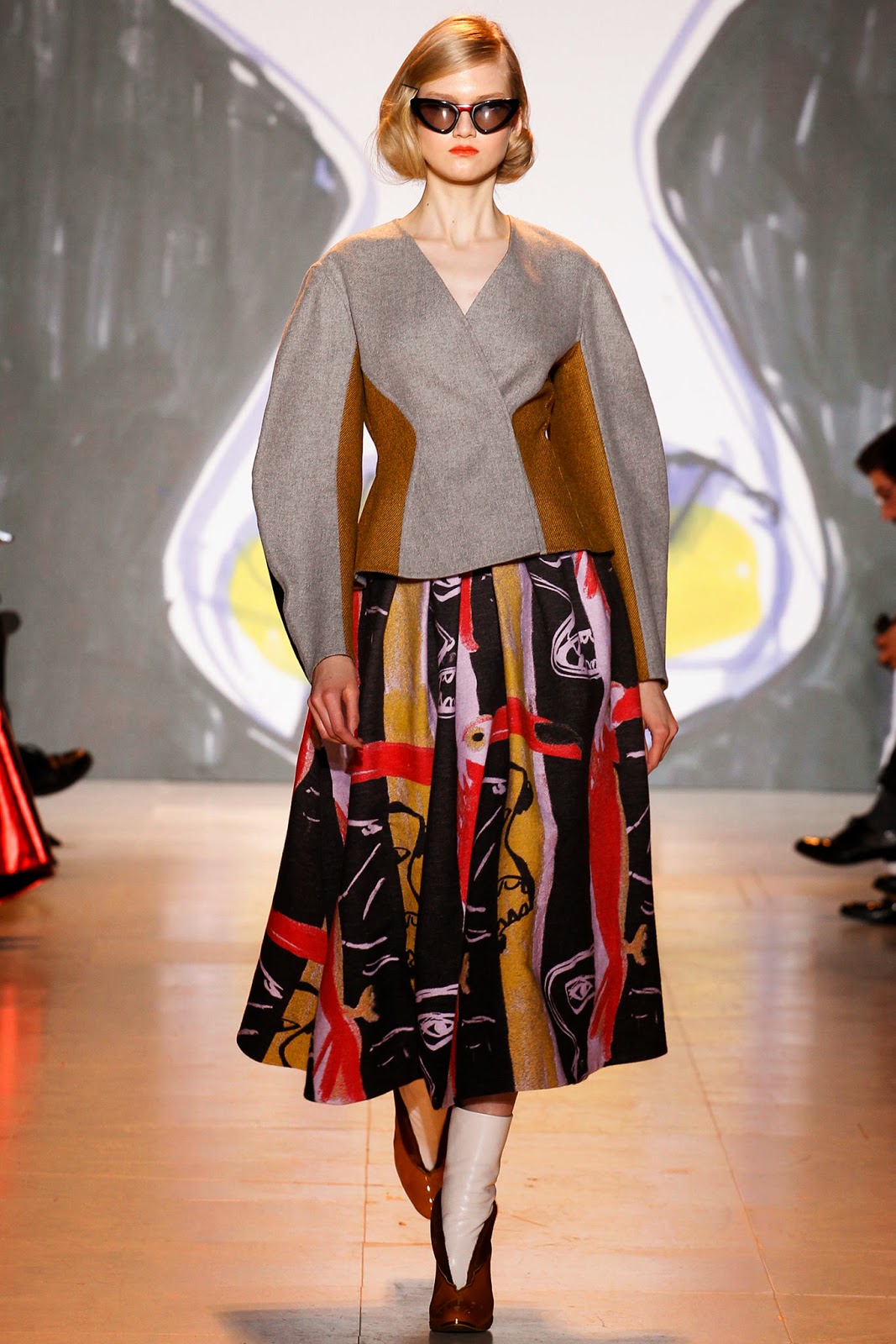 Sometimes its the decorative elements that push it to the avant. In this case the pieces that look like shattered mirror, combined with the unexpected marriage of textiles take an otherwise unremarkable silhouette and make it glaringly new. 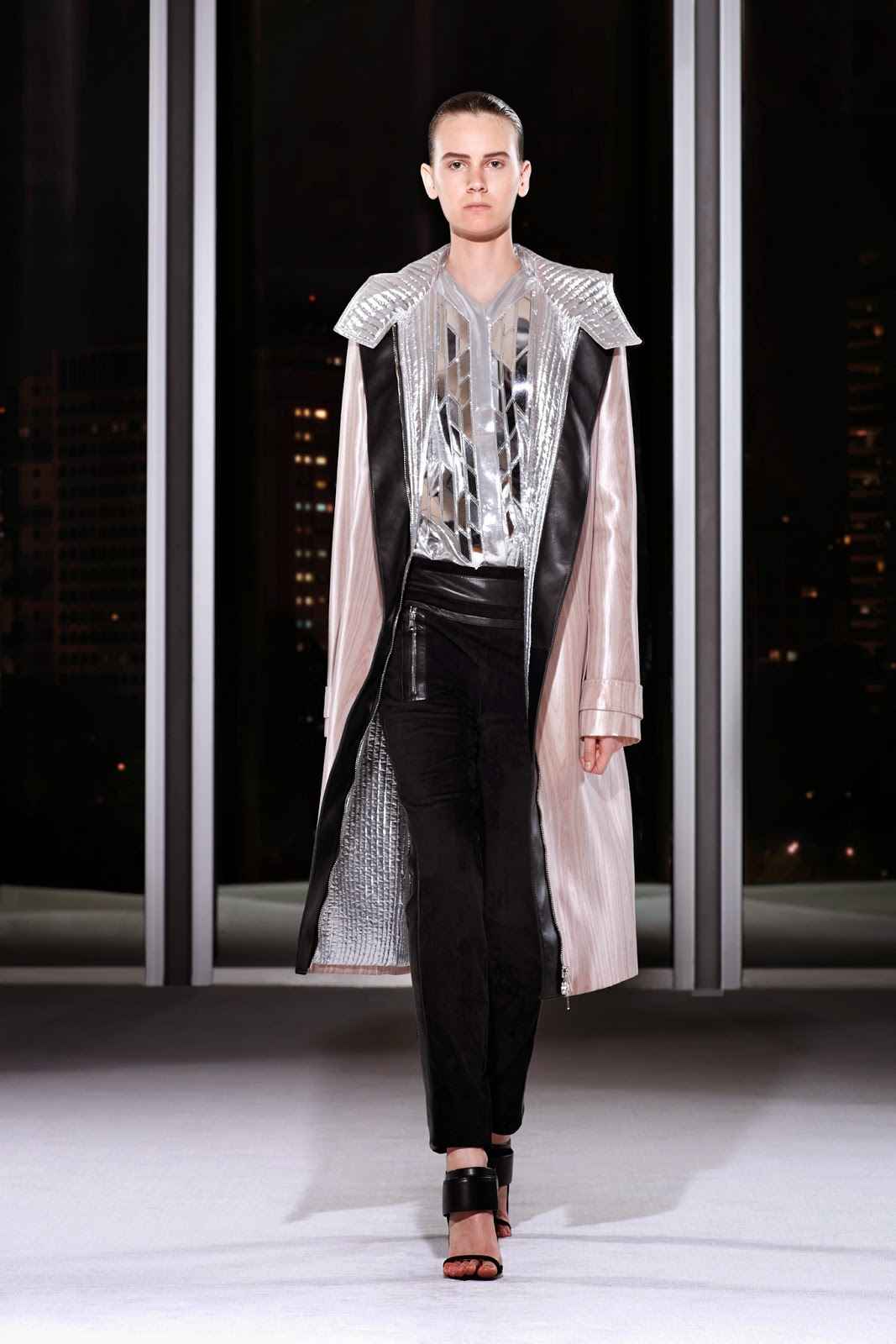 Textures smashed together in new ways contribute their own voices to the apparel conversation as in this red dress. Though the shape of the dress recalls the barrel shaped designs of Christian Dior, the handling of that shape with all its clashing textures, renders this seriously forward thinking.  And looking at a garment like this critically, can inform our own apparel, as blending such a mix of texture is not outside of real world usage. 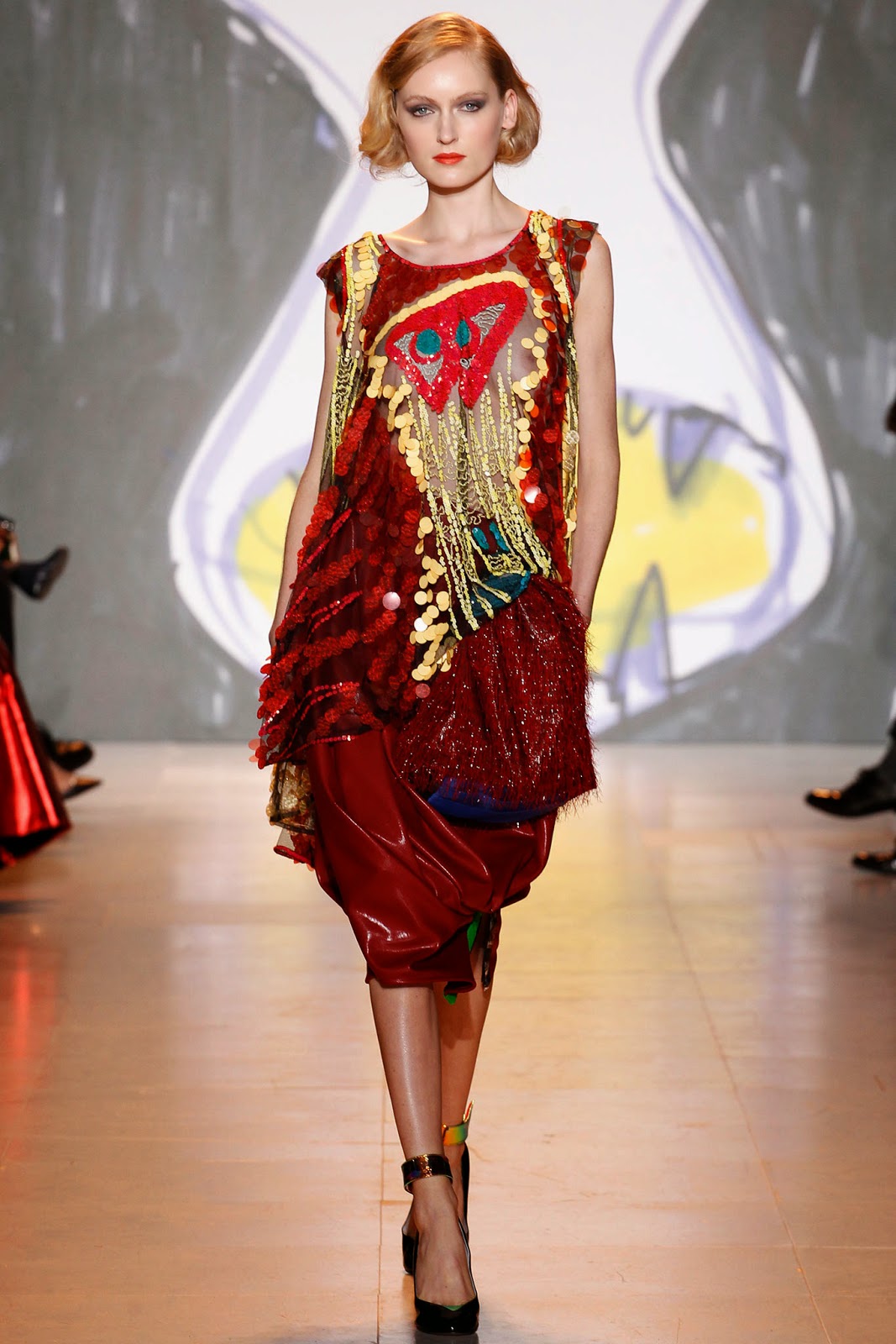 This Issey Miyake piece is a great use of avant garde in an accessible, understandable way. Merely by altering the shape of a poncho a bit, and using a unique textile, Miyake has given us something real to think about, and another new word in the Attire language. Occasionally its simply the application of a particular fabric to a design, in this case a slightly up-scaled trenchcoat that brings its expressiveness to a whole new level, and removes it from the mundane.  Seen in a plain fabric this coat would not get our attention, or inspire much internal dialog. 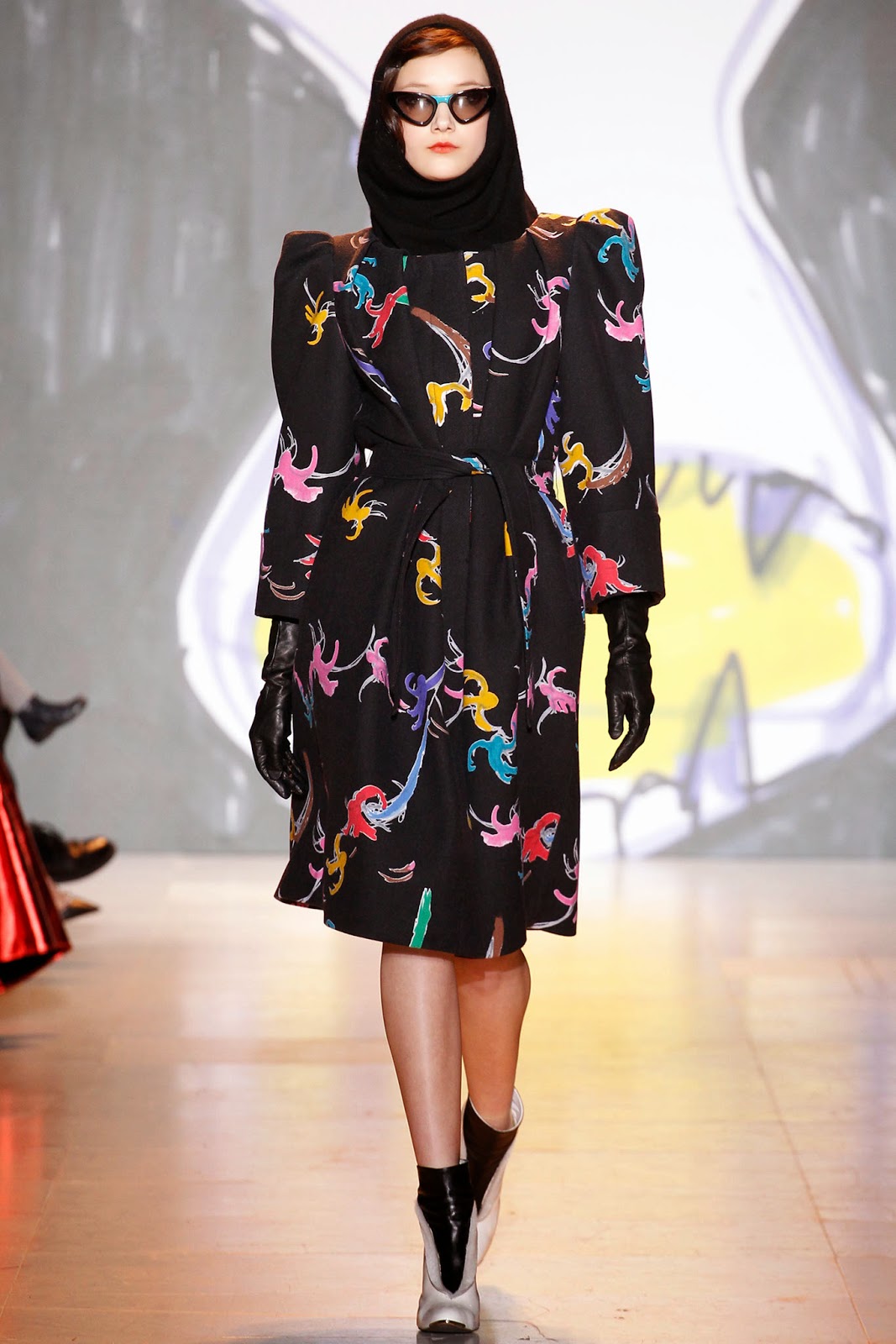 And, sometimes its color, un-thought of color, that brings a garment out of the ordinary and involves us in new ways of thinking. This one shoulder dress is not new in shape or proportion, but its the combination of unlikely colors that send it out there.  Viewed with thoughtfulness we can imagine such unusual combinations perhaps in our own life, enriching our own sartorial vocabulary. 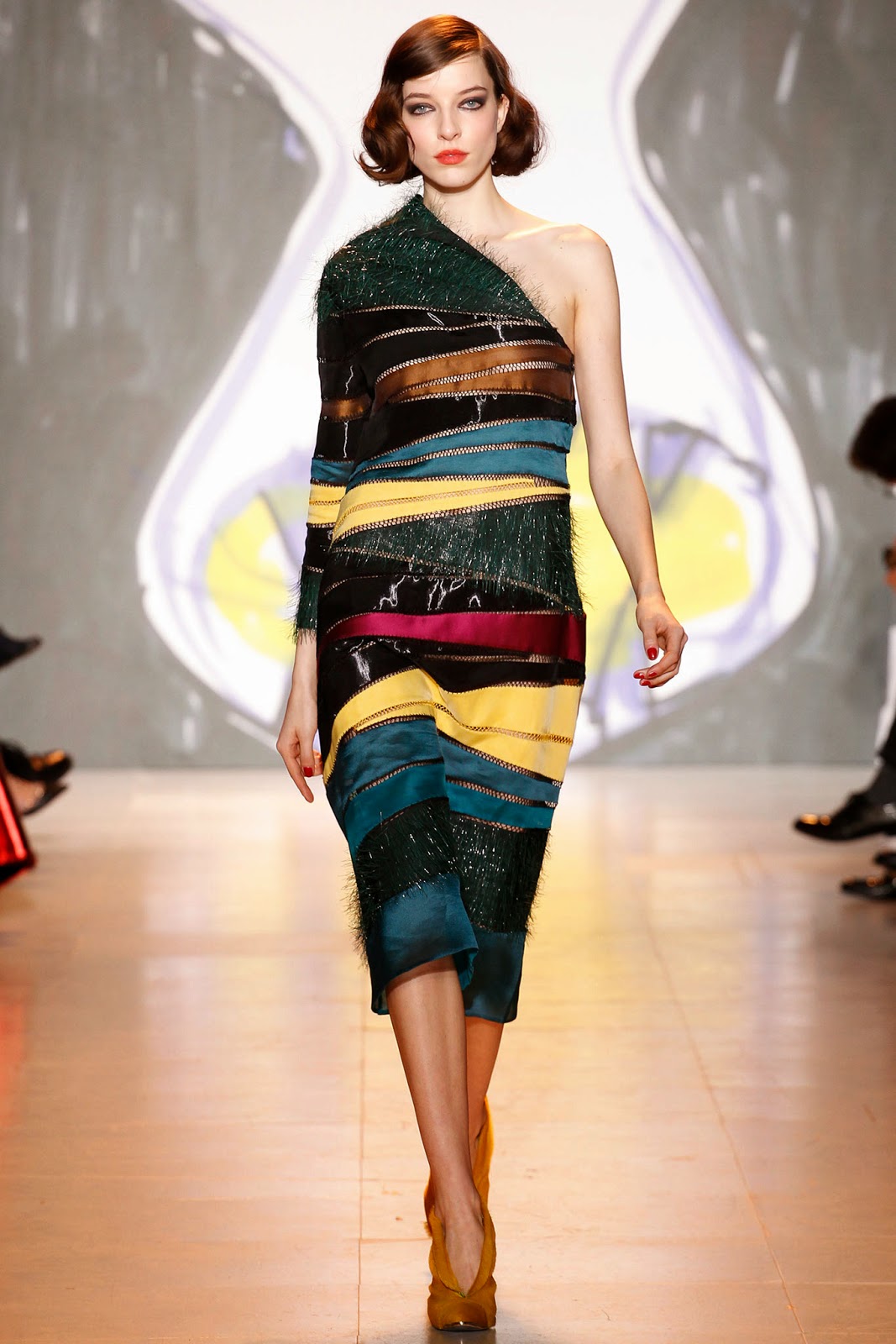 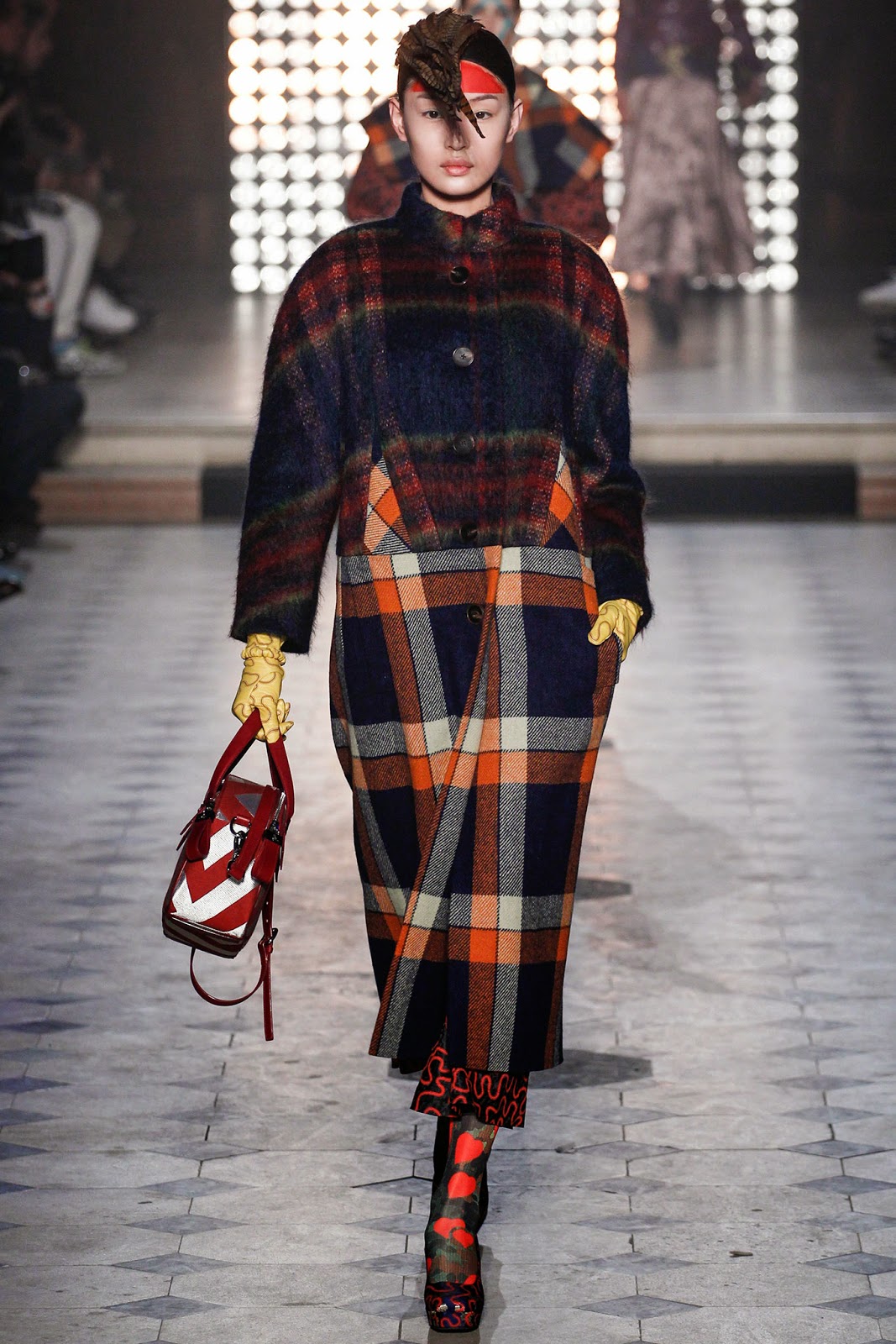 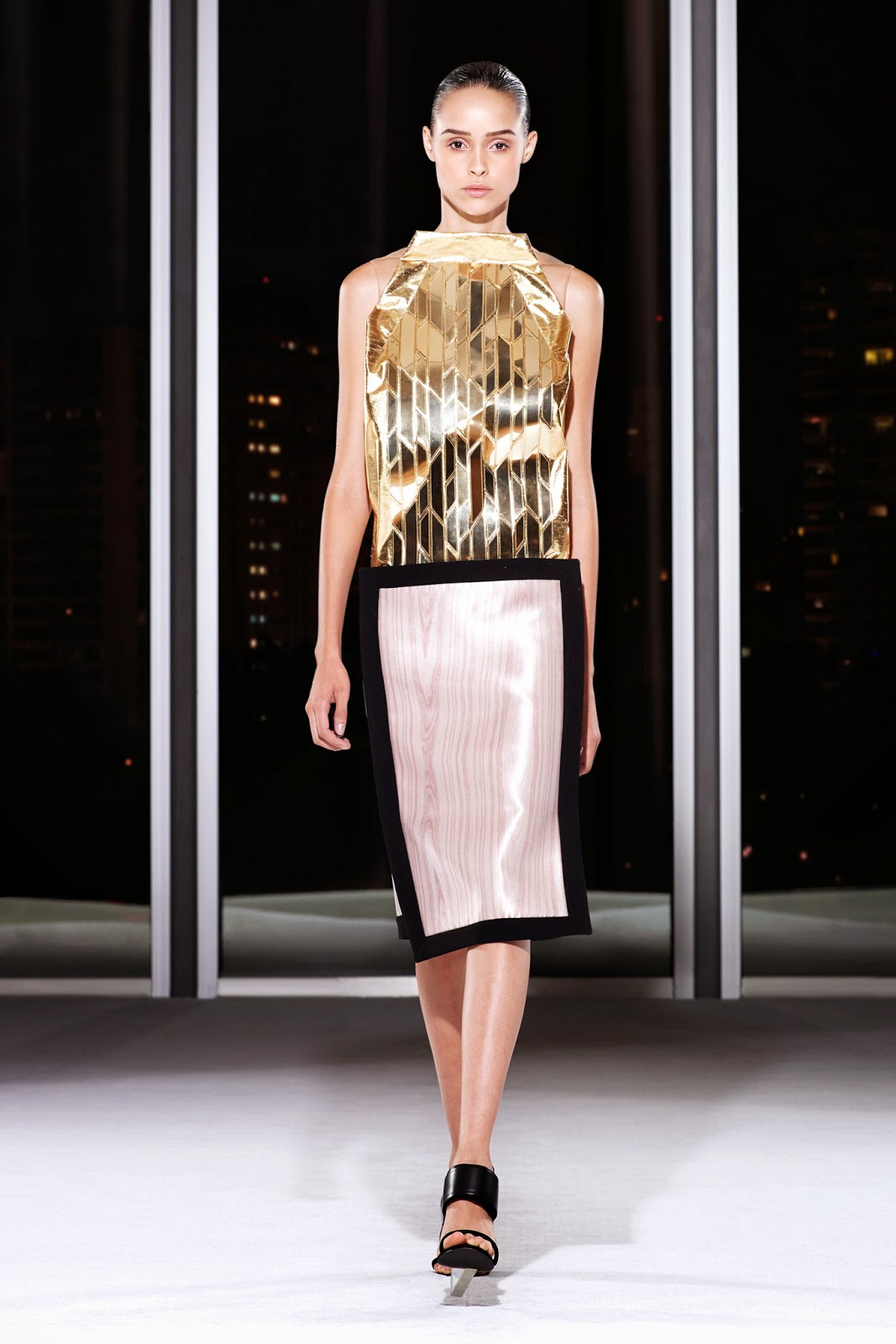 So, whether its a massively scaled woven, used on a coat, or gleaming textiles used nearly flat, our world gets a boost and our range of expression widens with each subtle push from the avant garde.
Posted by Paul G. Ellis at 6:41 AM