One place in the apparel conversation where women have had the up on guys for quite a while has been in the face framing arena.  For the past 200 years women have had all the luck in that regard, while men have had their necks strangled in tight collars and ties, with not much to bring the eye up to the face. 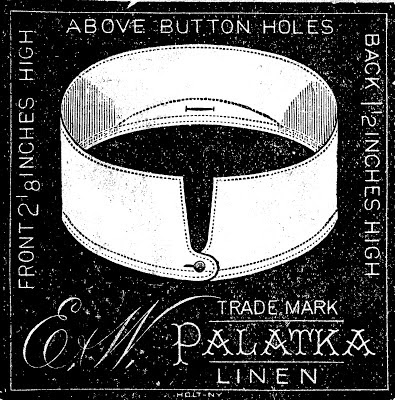 It hasn't always been so, of course. Before the Great Freeze happened to men's apparel, the options were, if not quite as varied as they were for women, certainly broader than they currently are.
So, what I wanted to look at here, is the power of face framing.  The ability of our apparel to get us to focus our attention on the face of the wearer is a vital part of the Attire language, and a notion we return to consistently.  Whatever other body parts may be the focus of the current mode, the face will always be considered for display.  Obvious, right?  No matter what else we might want to convey, we want people to see us; and us, means our faces. 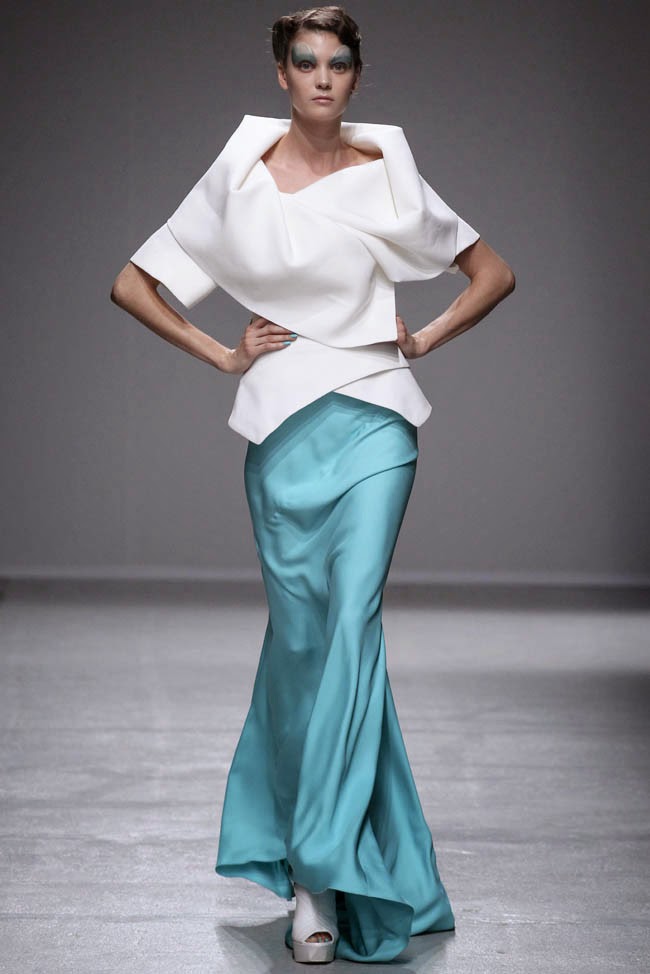 If we scroll back through time the varied methods of setting off the face and bringing the attention upwards have been handled in a wide range of ways.  We have taken the fabric away from the shoulders and neck, exposing the upper body to a degree. That works, because the potential for nakedness will always get our notice, especially when countered with complete coverage elsewhere.
We have presented the head as a nearly separate entity, placing it on an almost literal platter, with wide starched collars and neck ruffs. 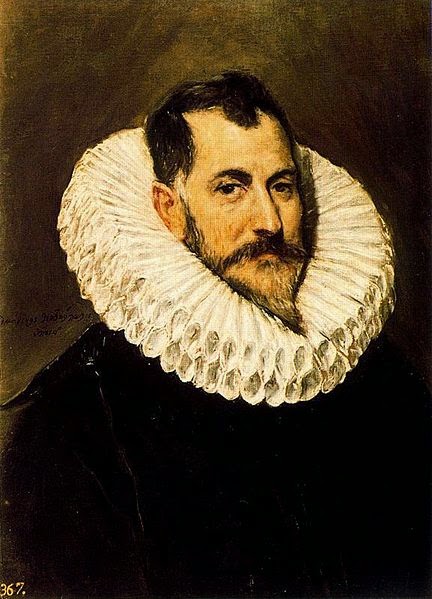 We have worn hoods and cowls to encase the head, creating a subtle mystery as the face gets somewhat obscured. 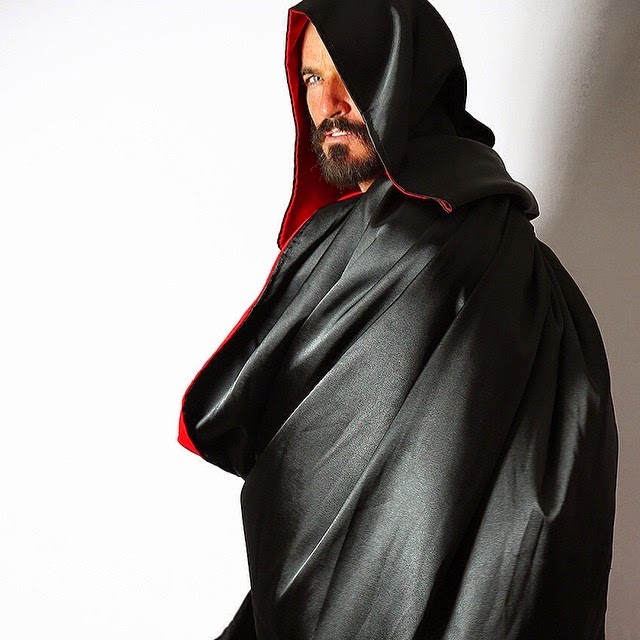 And of course we have used hair, jewelry, head gear and make up to create more reason for someone to gaze on us with approval.
As we move the Attire dialog forward, its important always to introduce new terms, or re-define older ones.  This is one of the chief things designers, (good ones anyway), are about when they do their craft.  So, I am hopeful that this is one of the areas that will get more attention soon, particularly for the boys out there, whose options have been so woefully narrow. To be fair, the recent hirsute trend has given men a way to draw the look up by building an edifice of facial hair, and that can get quite creative when done well.  I 'm hoping though, that the clothing options will expand to permit some new notions. 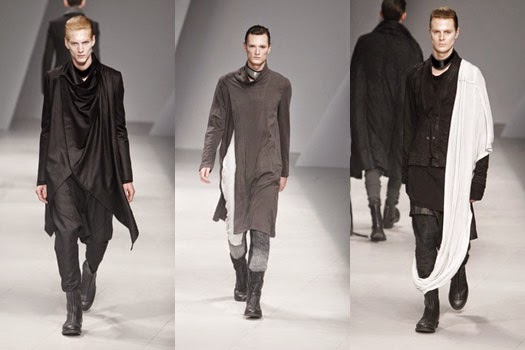 Why, for example should a man not be able to do an off the shoulder look?  Or a neckline that dips to the waist?  What about a backless cowl necked look?  Any of these could be on the table. It will simply take the right designer, working the idea in the right way, to make it sing, and get us to not only hear it, but want to speak those words ourselves.
Posted by Paul G. Ellis at 3:33 AM