You didn't actually think I would let you go without your weekly Scatter post, did you?  I'm not so cruel.  Well, not usually.

First out of the gate today is a series of 7 looks from young designer Kim Choong-Wilkins.  His darkly Goth looks are very edgy, and most of them have a lot of potential in real world terms.  He has an excellent sense of proportion, and detailing. Everything is well edited and speaks the same dialect of the Attire language.  I would love to see what those cowled pieces look like with the cowls rolled or folded down.  I suspect they are just as successful that way.  Bravo, Kim.

Next we have supreme silent screen siren Theda Bara costumed as Cleopatra.  I've posted before about the dissonance between the actuality of historical clothing and how its re-created, (or in this case not) by film and television.  There is not one single thing that has anything remotely to do with Egyptian art and culture, let alone the known styles of apparel.  From her headache band headdress to the pearl encrusted bra and hip girdle,  to her striped chiffon skirt she is completely of 1917, not 30 BC.  Still, the image created is arresting, and must have dazzled the film goers of the day. 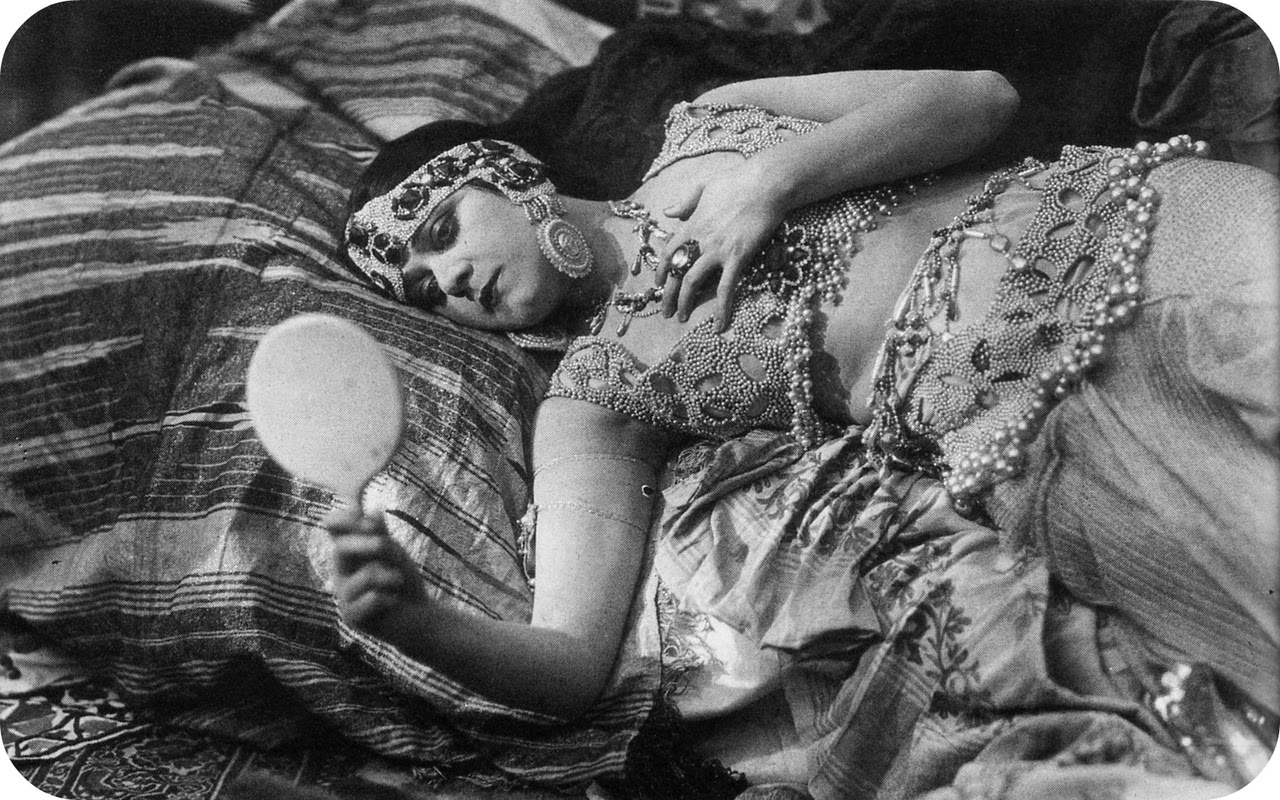 This is an African shamanic ritual mask.  If we cannot transform ourselves sufficiently with clothing and paint, we will conceal our true face within a mask in order to become, almost literally someone, or something else.  This mask takes its wearer and moves him to the background so that the image of power can take precedence.  Whatever the meaning of the various elements of the mask are, and I'm sure there is nothing here that isn't full of symbolic intent,  The surface effect is profound, we are int he presence of a being of power, and possibly terror. Our behavior must be guarded. 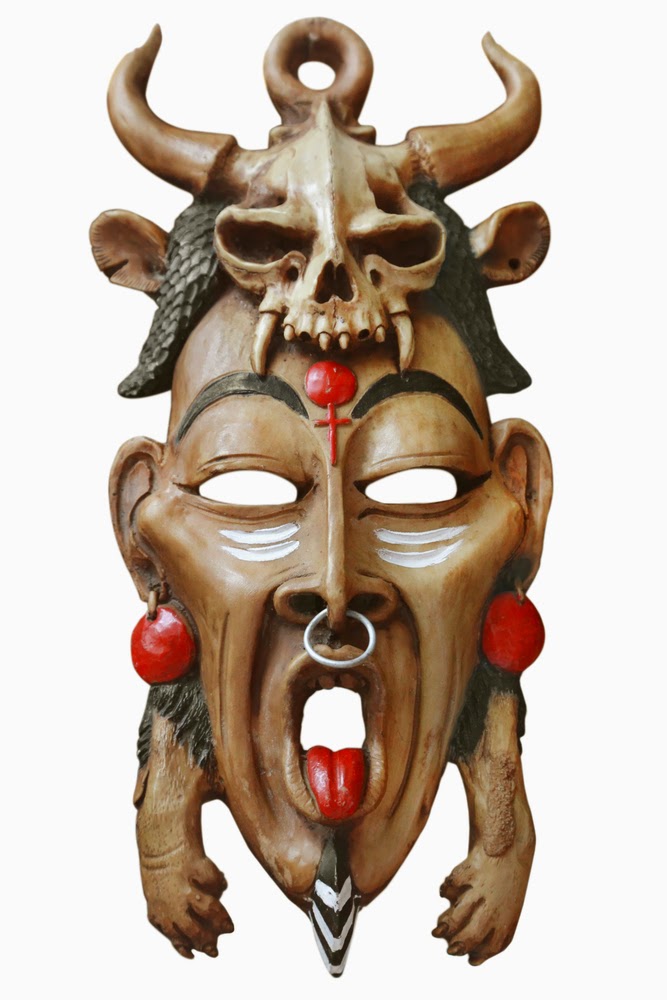 Just because I can, I'm including this image of a piece by Chinese designer Guo Pei. Her work is symphonically lovely, operatic, really.  This is a work of perfect craftsmanship, and sublime fantasy. 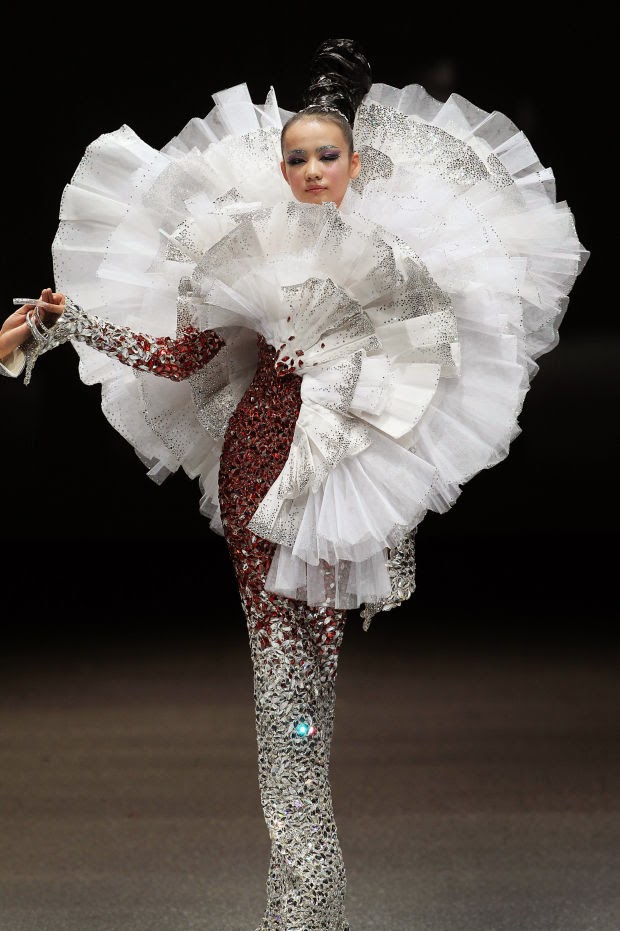 This golden silk damask waistcoat is from 1715.  There was a long period of time that a man's waistcoat was not only nearly as long as his coat, but it also had sleeves.  It was essentially a s second coat worn under the first.  The real differences were the total lack of a collar, and the absence of cuffs.  In addition the waistcoat would not get as much decorative attention as the outer coat.  But this example, in a beautiful damask would have made quite an impression, when viewed between the coat fronts. 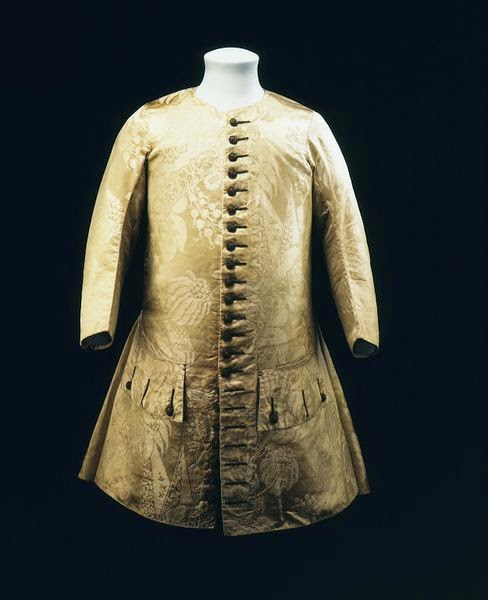 This is on helluva piece of bling, kiddies.  This was designed and made by jeweler Harry Winston for the marriage of Iranian Empress Farah to Mohammed Reza Palavi, the Shah of Iran.  The center emerald is a gasp worthy 65 karat stone, and the smallest emeralds are both over 20.  The tiara is platinum mounted and the remainder of the gems are diamonds of several differing colors.  It takes a lot of moxie to carry off such a thing, which fortunately she has. 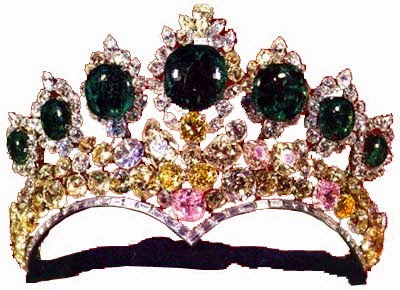 Next we have two images of Burmese men's attire from the 19th century.  I'm posting them because I find the shapes and proportions beautiful, and I imagine that they are easy to wear as well.  The first image is a skirt and coat ensemble. I love the textile of the skirt, and the way it drapes is wonderful. the texture of the coat is a great counterpoint to the complexity of the skirt fabric.  The second image is of a Burmese minister's court costume.  Even though this is of the utmost formality, there is still an easiness about it that is thoroughly admirable.  I would love to see a designer or two bring this kind of shape and style to western menswear. 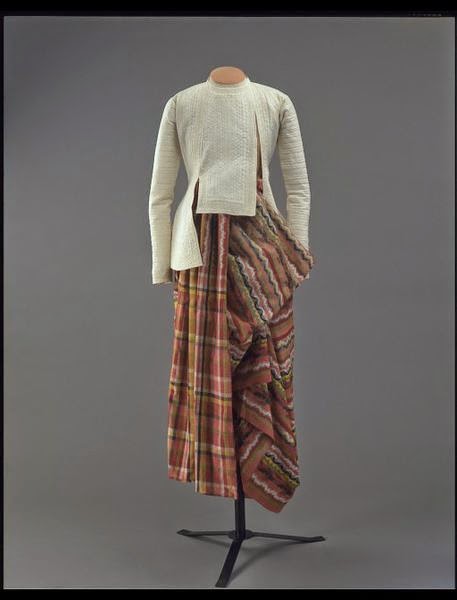 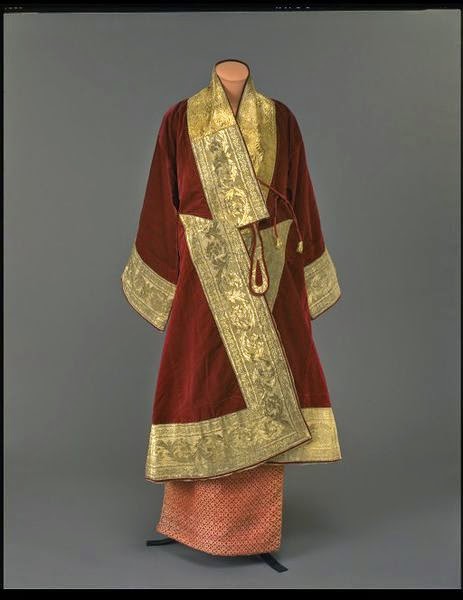 And last but absolutely not least, a visit from Princess Margaret, in her bath, no less.  Who says royals can't have a sense of humor?  When I saw this it made me smile a good deal.  Just the thought of even asking a British royal to get their picture taken in the tub is enough, but having a princess agree to posing with a huge tiara on, in said tub, is genius.  And kudos to Margaret for doing it.  Go ON girl. 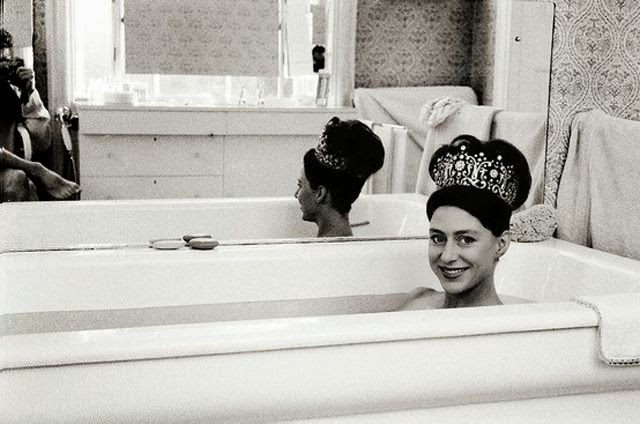 That's all for this week.
And by the way, I will be returning to my regular posting here tomorrow.