Another week rolls by and its time again for me to fill your eyes with stuff.  You will ooh and ahh, you'll gasp and giggle.  You might even say, "What WAS he thinking?"
First out of the gate this week, those crazy kids at Comme De Garcons, those perennial disturbers of the sartorial peace, gave this look a go in fall of 2013.  The collection was taking traditional menswear tailoring techniques and almost literally exploding it outward.  This effort has been so wildly manipulated that it has become something entirely other. We are faced with something at resembles more a sort of natural mineral growth than anything one might wear.  But I cannot do anything other than applaud both the technical skills on display, which are of the highest order, and the resolute desire to challenge as far as may be, our notions of shape, proportion, pattern and color. 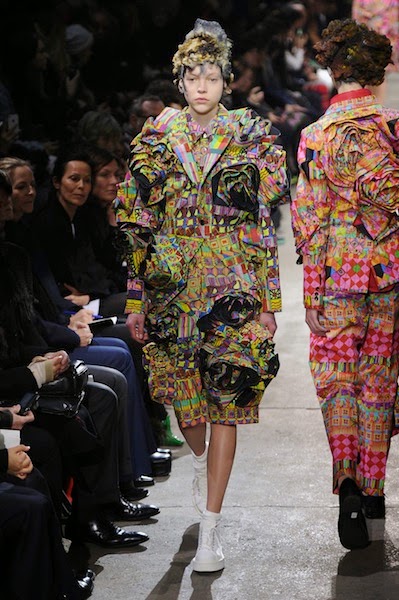 Jeweler Walt Cassidy did this super cool necklace.  What makes this so interesting to me, and what is so very obvious from the image here, is how manifestly the tone of the piece changes based on what the model is,  or is not wearing.  In the left hand image, the necklace has a pronounced S&M feel to it, since it looks almost like a kind of body harness.  The other image, supported by that voluminous cape/coat, it becomes something nearly religious in tone.  A perfect example of how an Attire word alters based on context with other apparel words. 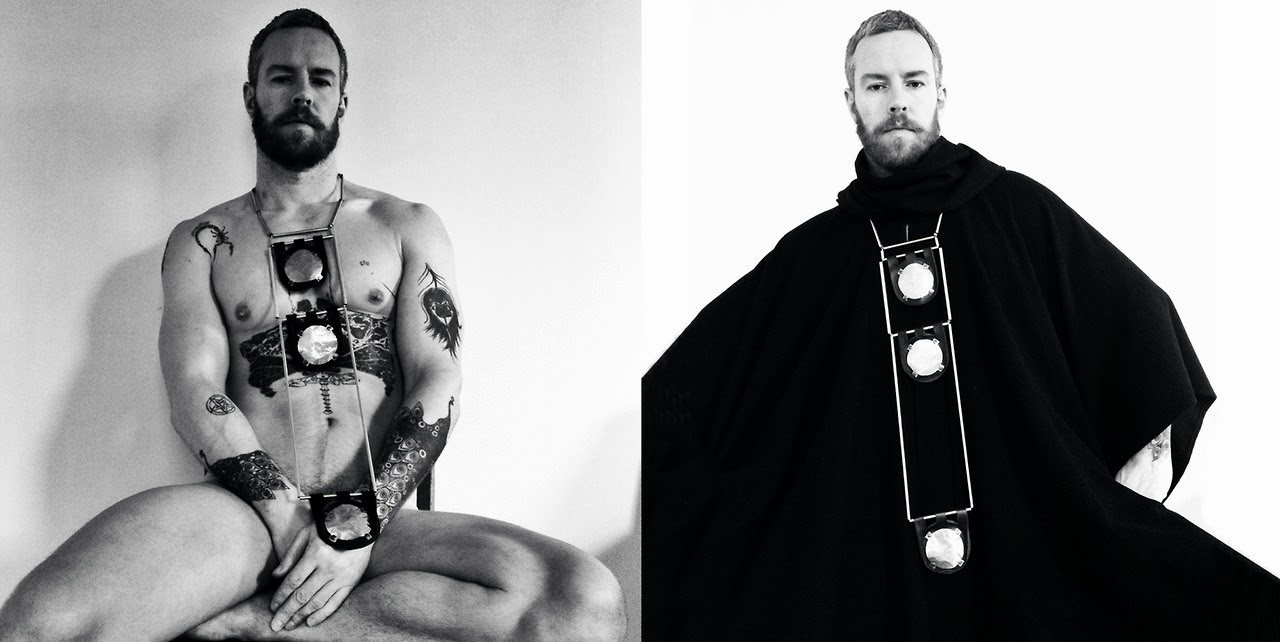 Dries Van Notten sent this down the runway as part of his Shall We Dance collection in Fall 2013.  What really gets me here is that completely unexpected balance of colors.  The rosy peach color with that brilliant lemon yellow is one that occurs in the natural world, but that we don't tend to realize in textiles.  What makes it work so well, for me, is the presence of the feathers, which soften what might otherwise seem jarring. Bravo, Dries! 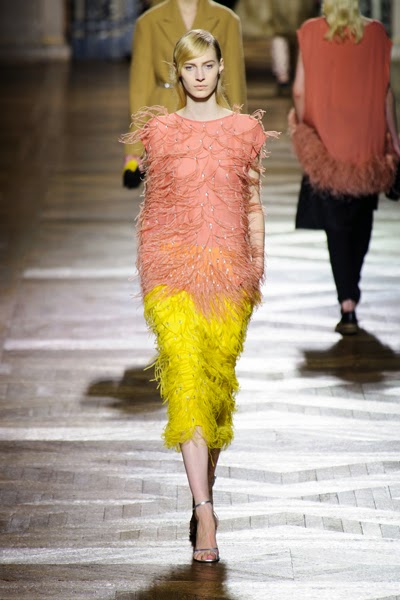 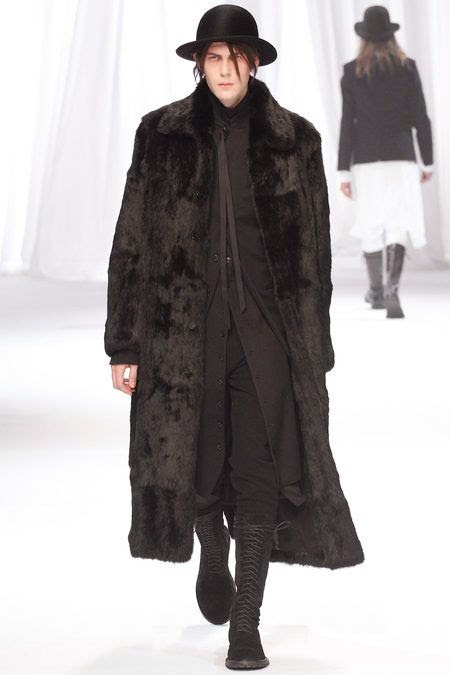 A bit of serious sparkle, and my favorite stones, emeralds.  This is a badge of the Order of Santiago de Compostela, and it was made in the 1670s from red gold with pearls and dozens of square cut emeralds. The center, shell shape is of green enamel over chasings resembling the shell's texture. Dang, but awards used to be pretty. 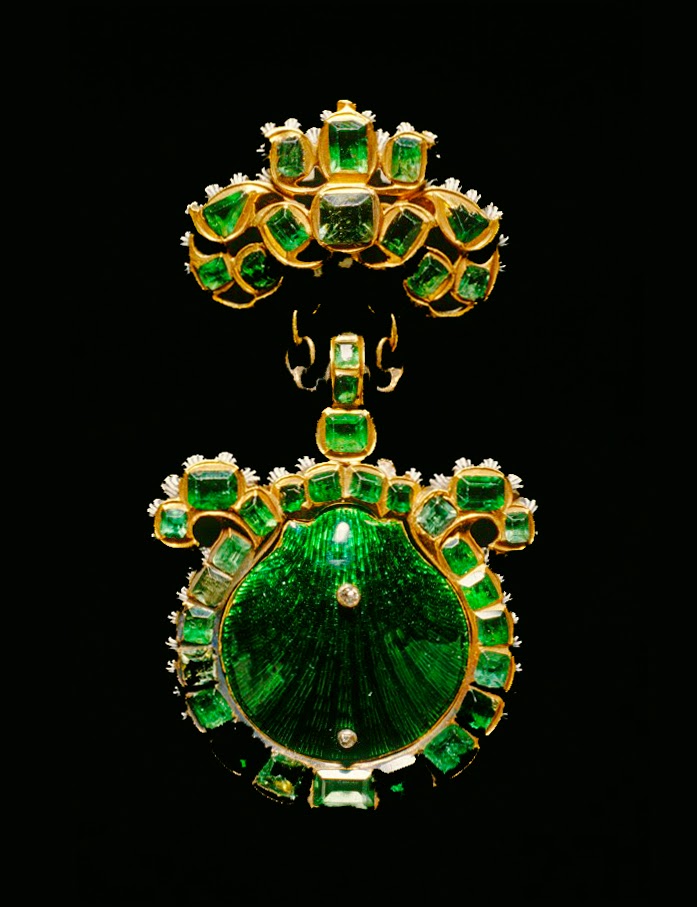 This is one of the most amazing hairstyles I've ever seen. Its all the more interesting because this wasn't done for some special hair fashions show. I love how the center section curves around to the left of his face, while the other section projects, fin-like from the back. I only wish I could see this from all angles.  It must have been amazing to have seen it.  Further proof, that we are sometimes living, breathing art. 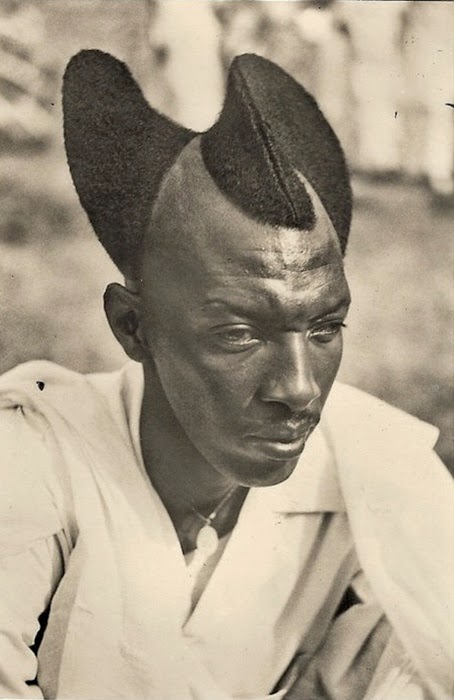 High fashion, as rendered through the lens of TV.  This image is a still from the "That Girl" television series of 1966-71.  Marlo Thomas is seen here with two extras aping the style and production of photoshoots of the time. What makes it interesting to me is that everything about it has been watered down to appeal to a TV audience.  The clothes, the hairstyles and the make up are none of them as extreme as would have likely been shown.  Its interesting to me to look at how much gets lost in that translation to TV. 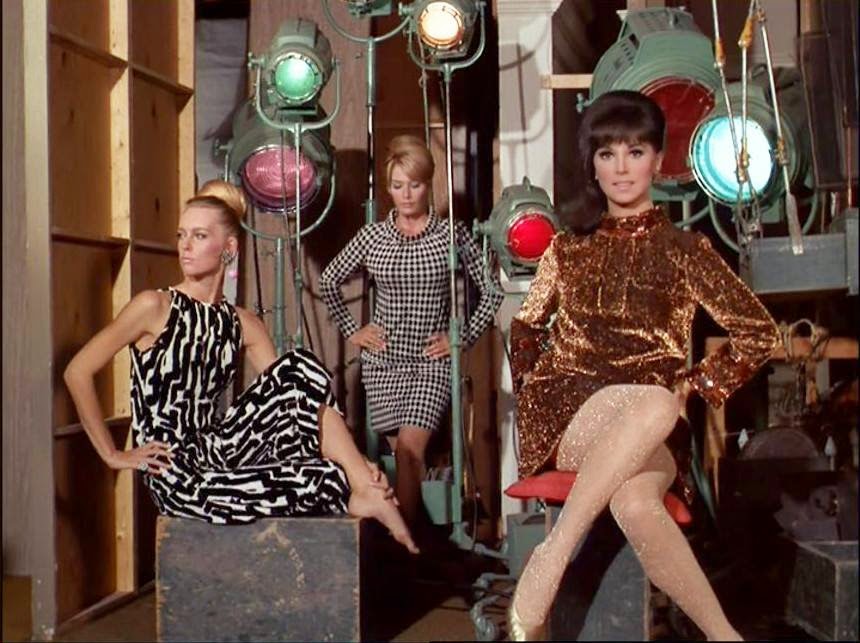 And as a finale, a piece by Jean Philippe Worth, son of Charles Frederick, from 1905. This detail image shows the perfect blending of textiles, decorations, and colors that could be brought to bear on clothes of the day.  The evening dress is a pale sea green panne' velvet that has been embroidered with sequins imitating the movement of water, and ruched velvet appliques of water plants.  the skirt is finished at the hemline with multiple rows of densely gather silk chiffon which itself ripples like water.  Breathtaking workmanship, combining to create true beauty. 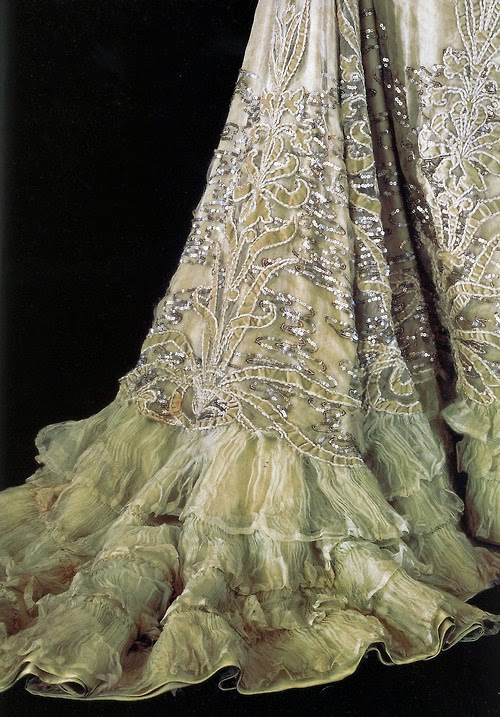 Have a Delicious Weekend!